088. Side Story: Ashlan the Beastmaster (II) 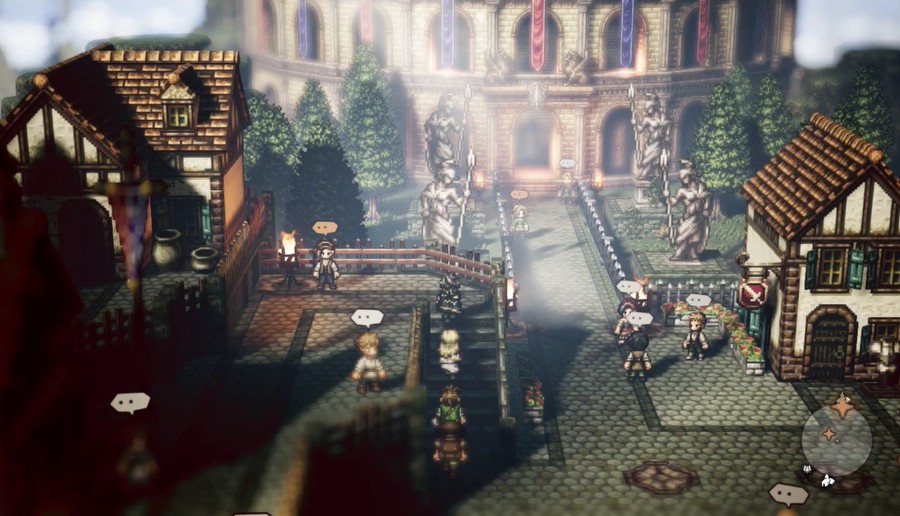 Another new town, another regional quest chain to continue. 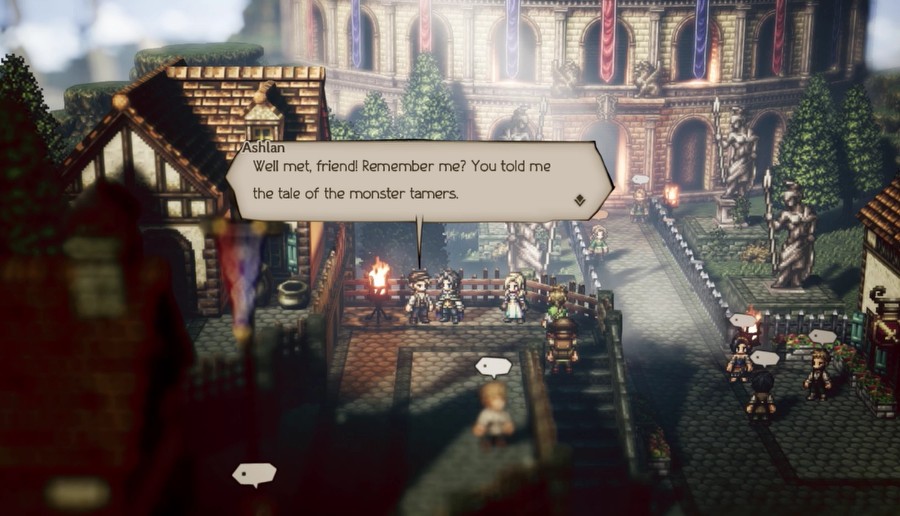 I heard a rumor of a magic sword called Snakesbane. With such a weapon, surely I could defeat the giant snake that has possessed my father. 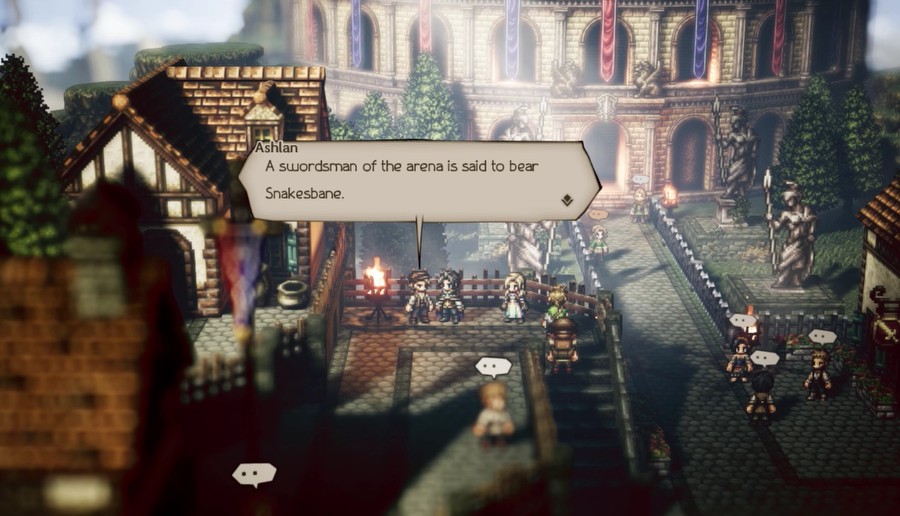 I begged and pleaded with the man, but he refused to give it to me. It might be the only way to save my father. If only I could find a way to get it from him... 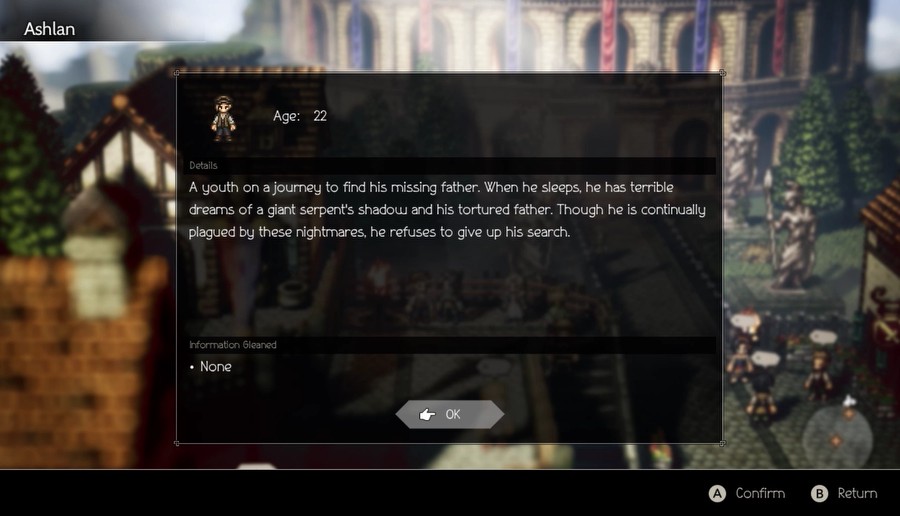 Simple enough. Might as well find this man with the sword and see what our options are. 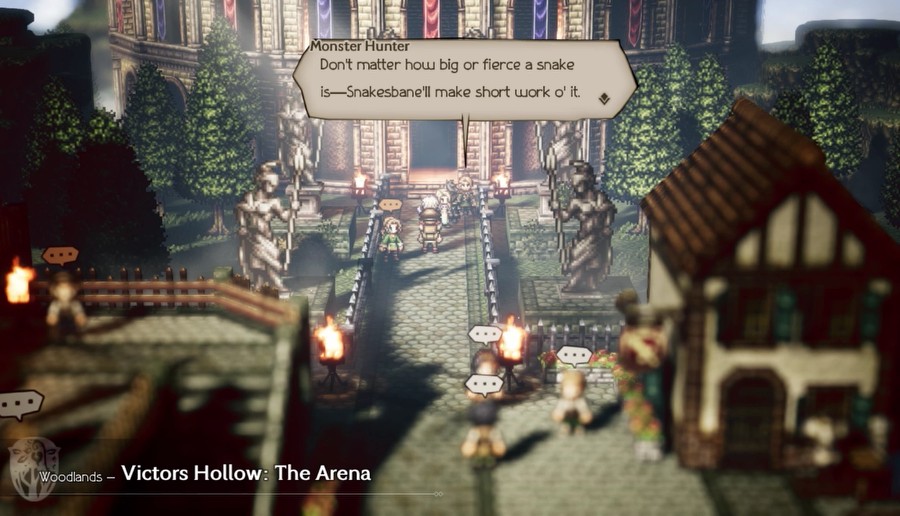 Just battled a slimy brute in the arena, matter o' fact. Crowds went wild when I split its belly! 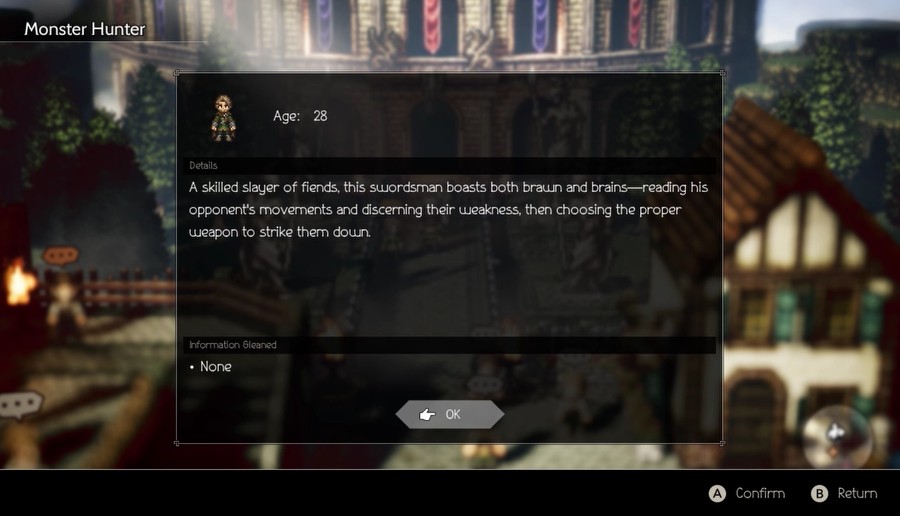 This guy sizes up his opponent's weaknesses, then uses a particular weapon to exploit those weaknesses and take advantage of his enemy. 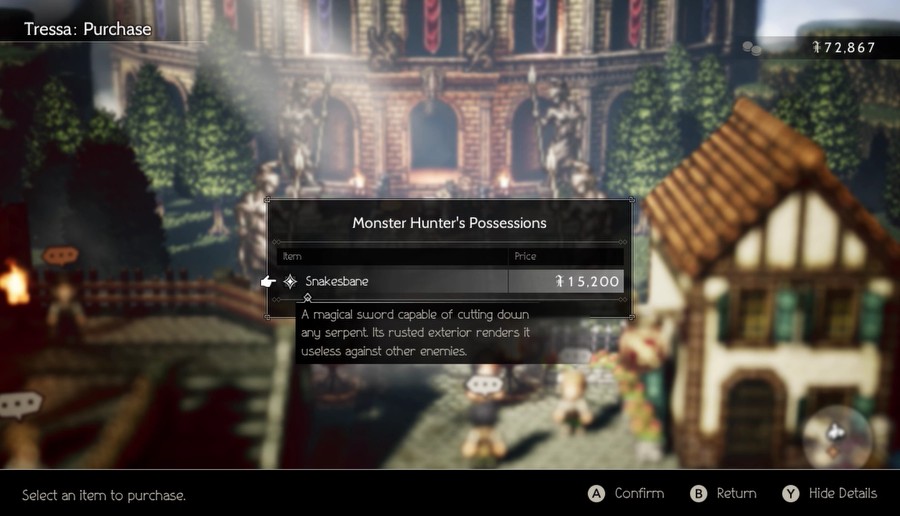 And that's Snakesbane, at a rather pricely sum. 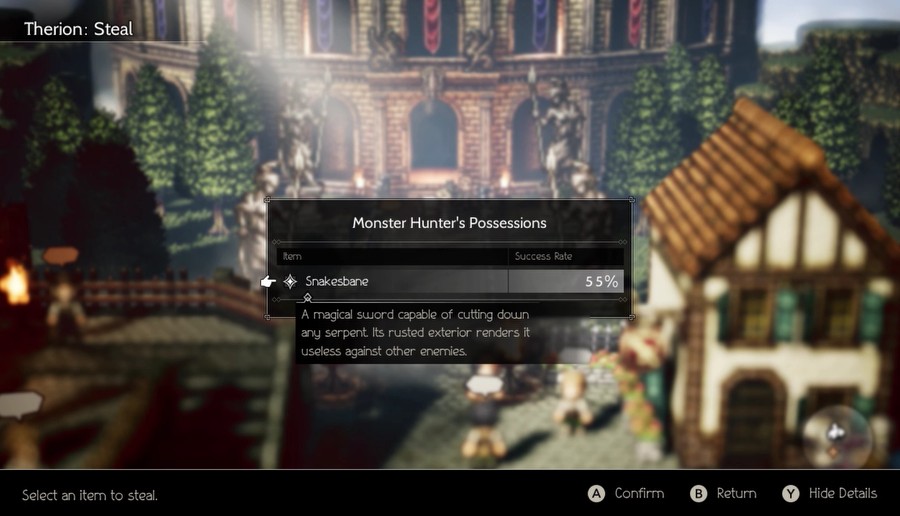 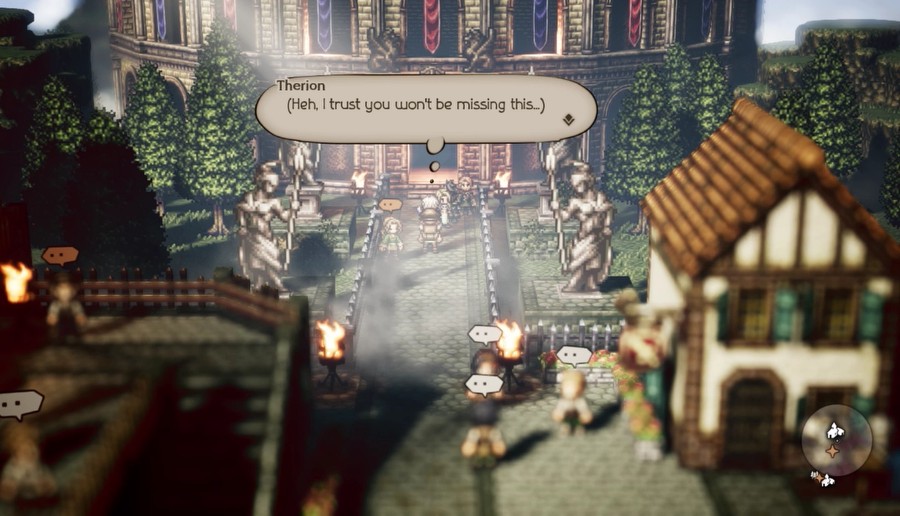 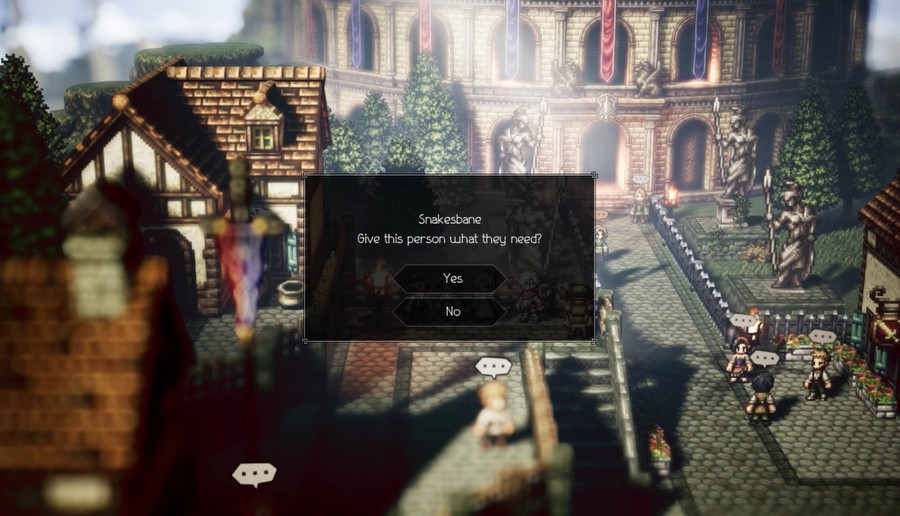 At any rate, we obtain Snakesbane in one manner or another, so might as well present it to our prospective beastmaster. 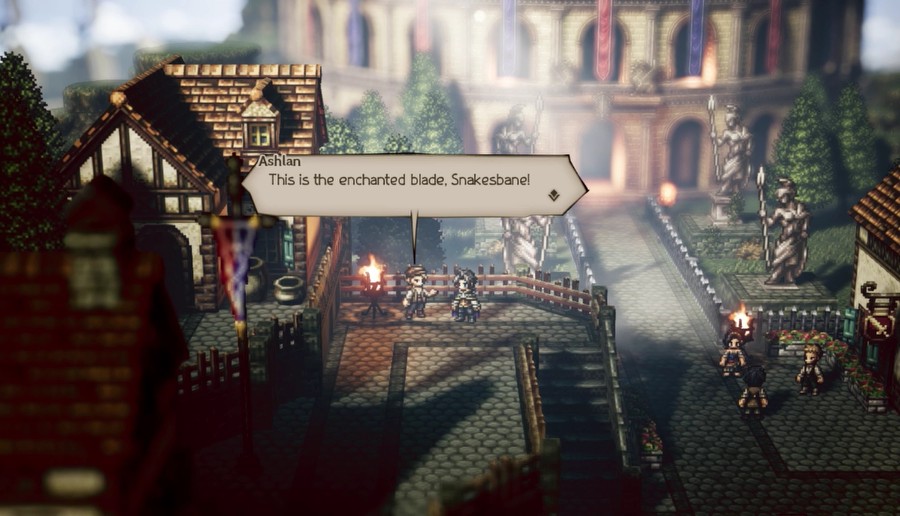 With it, I can kill the snake beast that holds my father in its thrall. 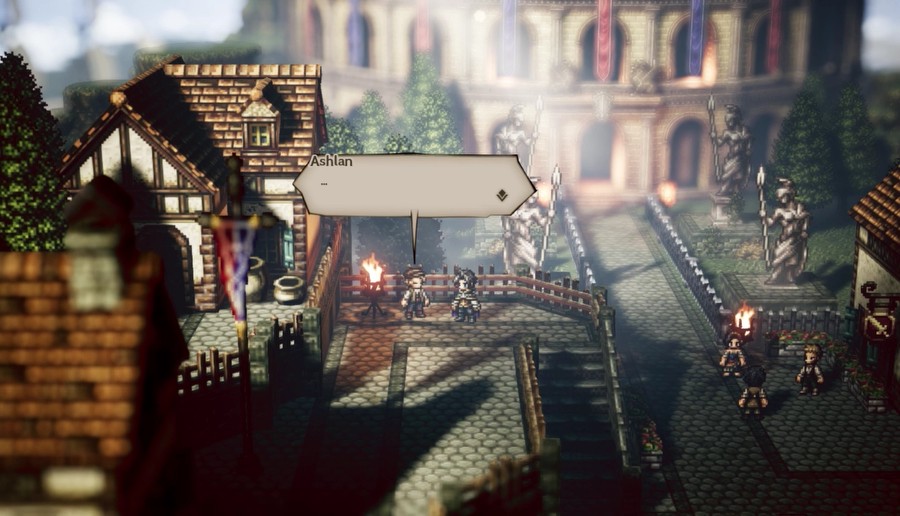 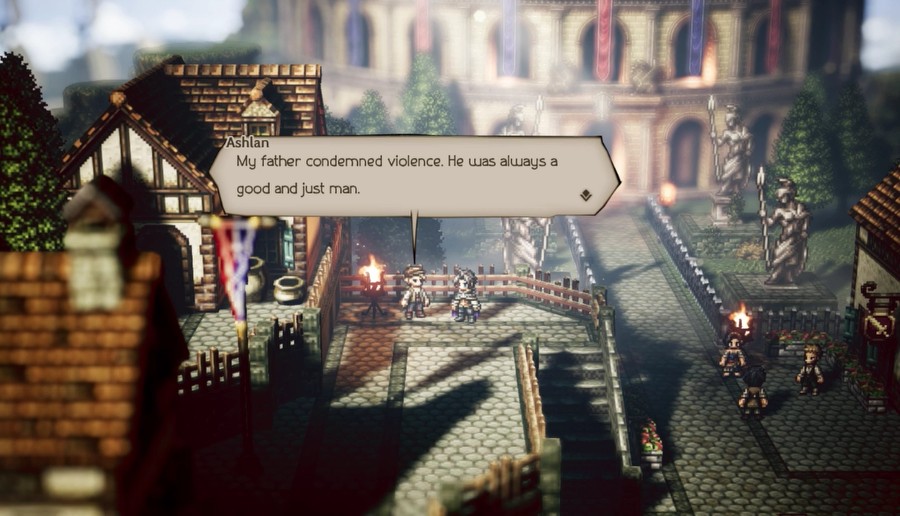 But when monsters began to ravage the village where he lived... He was powerless to stop them. His only recourse was the forbidden magic. In my heart, I truly believe he meant no ill...and that is why I am set upon his deliverance. 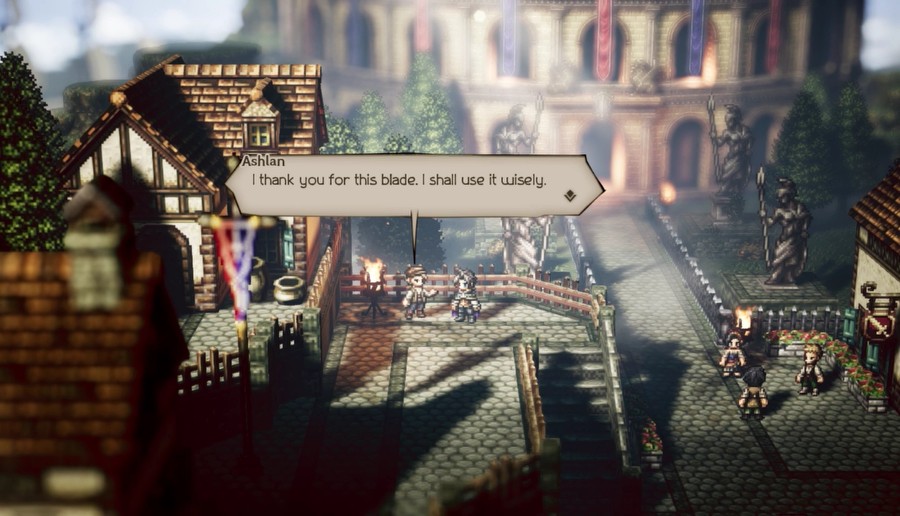 I shall find my father, and by my own hand, free him from his plight. 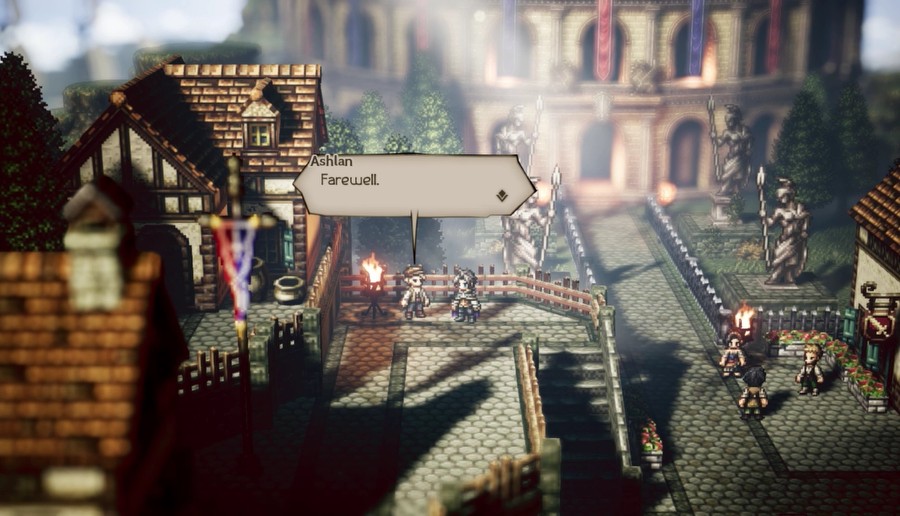 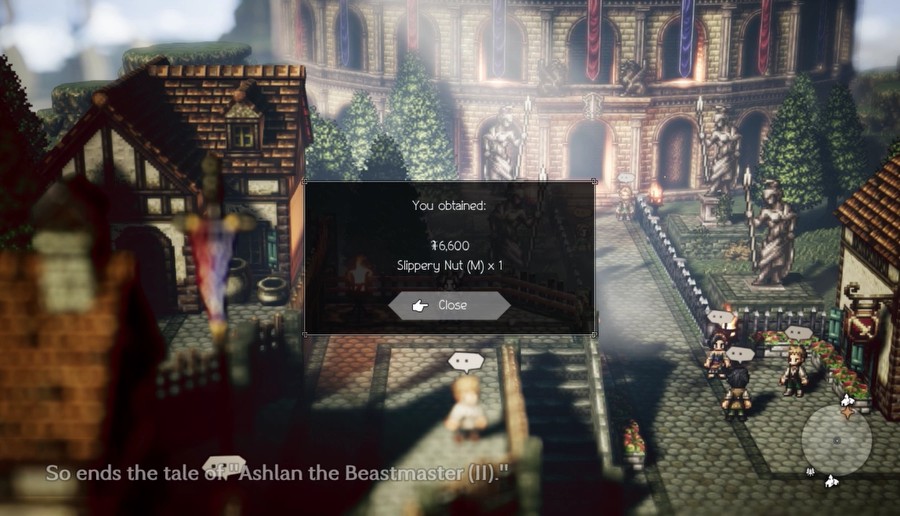 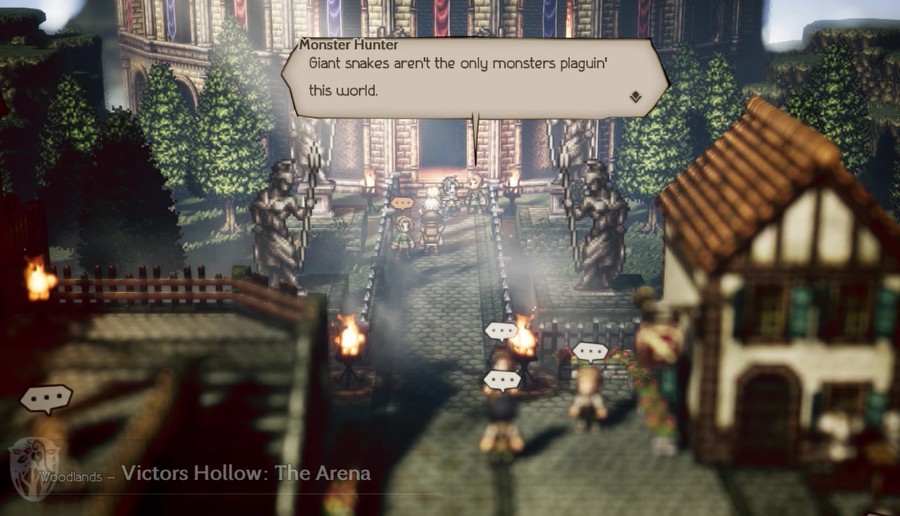 A different blade for every beast. That's my creed, an' it's stood me in good stead.

The general philosophy will come in handy for the battles ahead.

Next time, we close out Chapter 2 with a rather foreboding two-part Side Story!