Music: Oasis in the Sparkling Sands 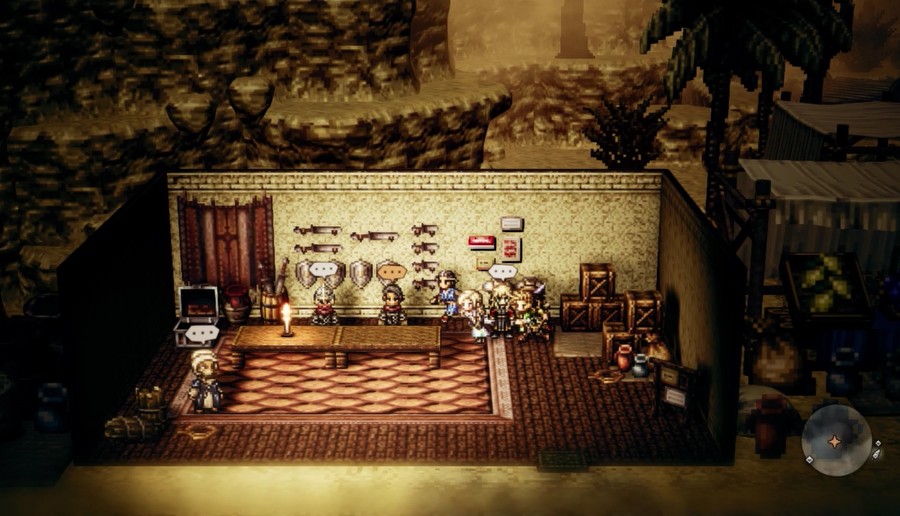 So many familiar faces to catch up with. Here's another for today! 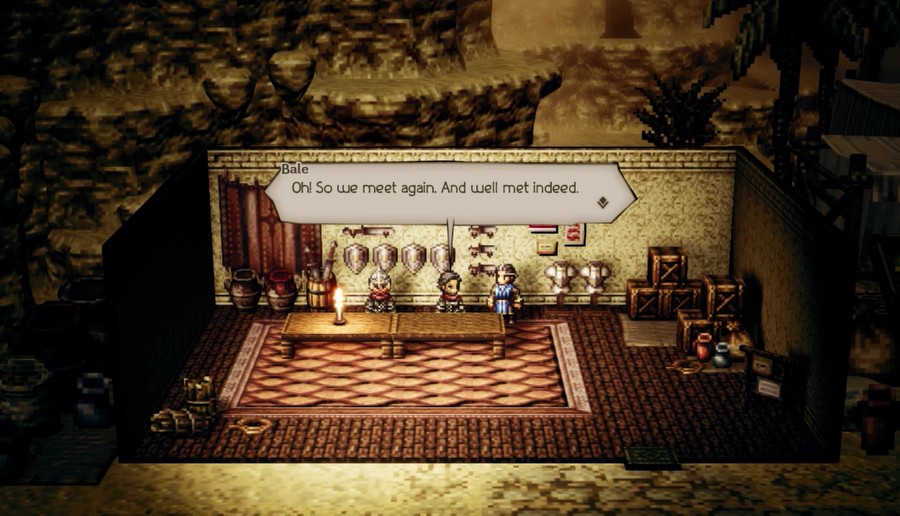 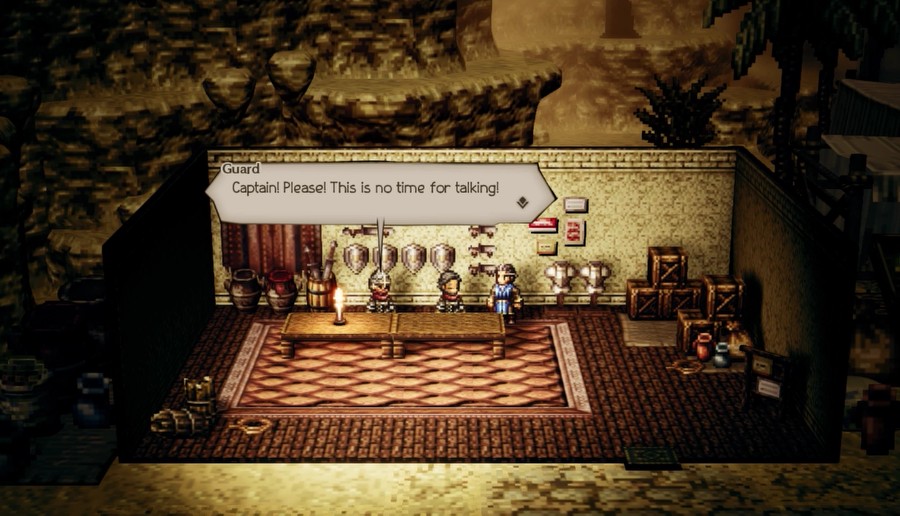 Gods' teeth, man... Would you insist that I don't even greet a former comrade? There is still such a thing as common decency!

I'm very sorry, but the captain is a frightfully busy man. 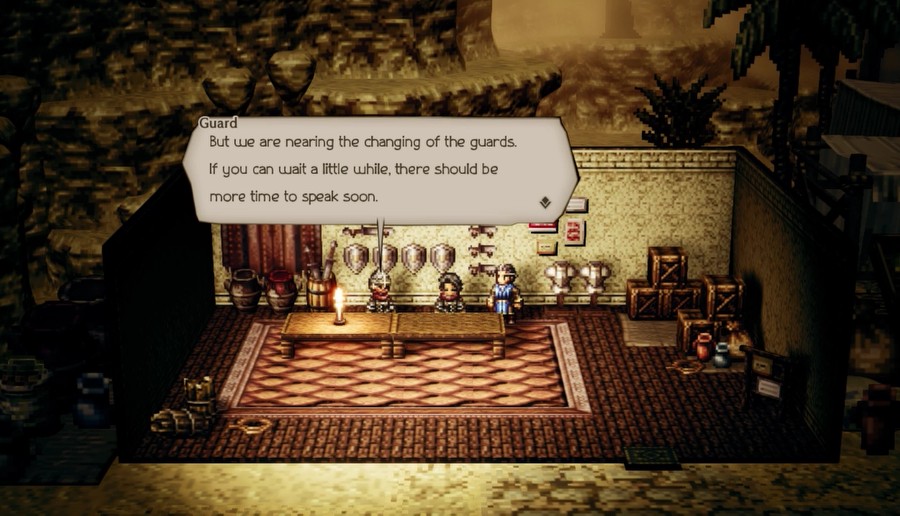 I mean, he's the captain, why doesn't he just tell his subordinate to shut up? 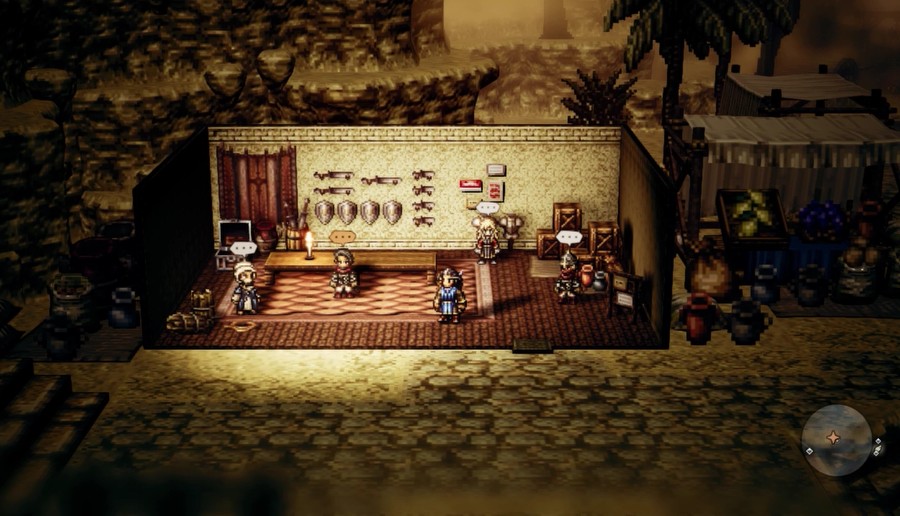 Time is meaningless to us however, so we wait for the captain's shift of "sitting at the desk doing nothing" to end so we can start this side story proper. 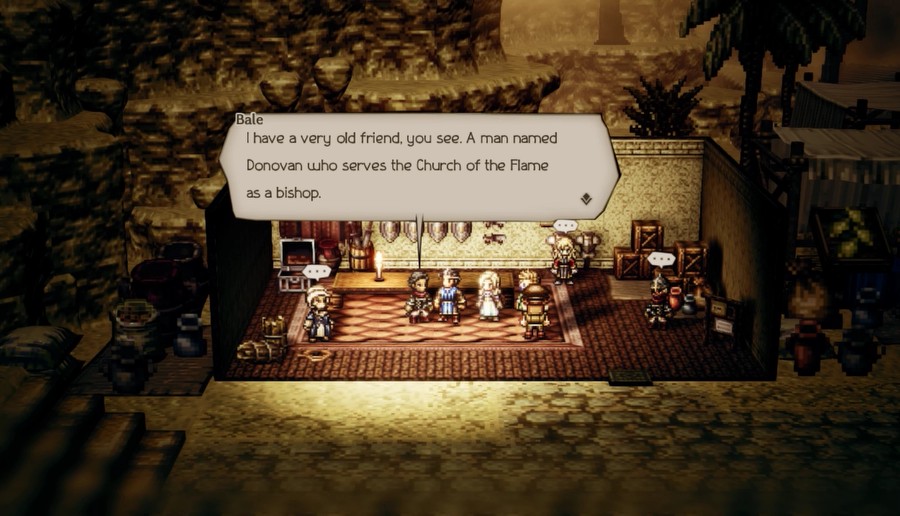 I've not heard any word from him of late, though... At first I was not concerned, but he has always been regular in his correspondence. Until now... 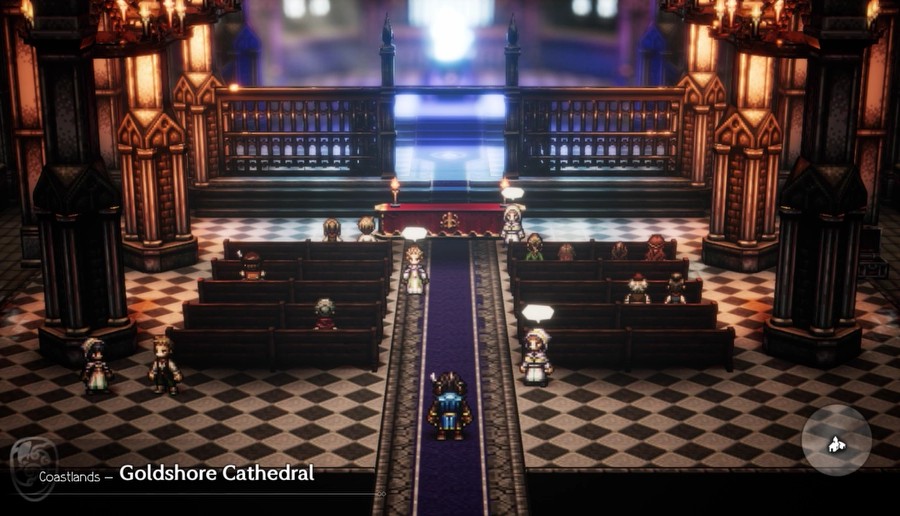 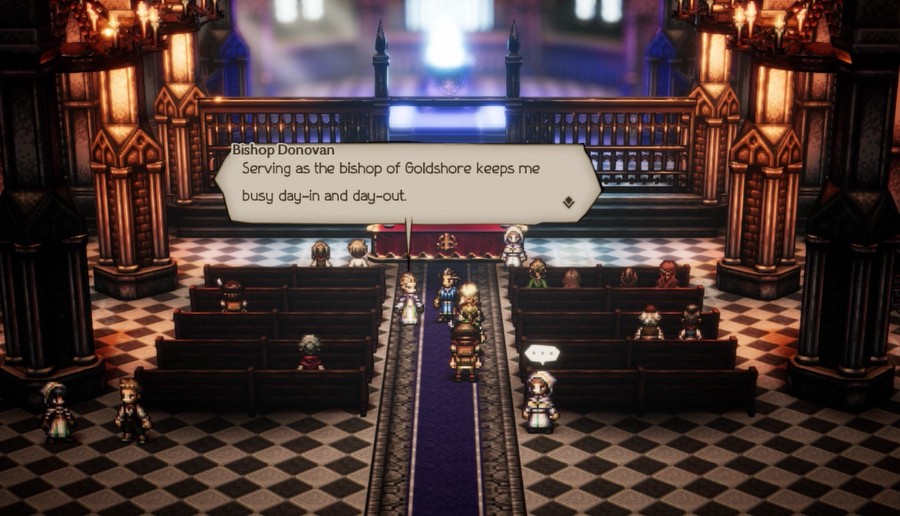 It's gotten to the point that I don't even have time for personal correspondence. Even penning a letter takes more time than I have at my disposal. But I do wish I could at least let my friend know that I am well, if far too busy... 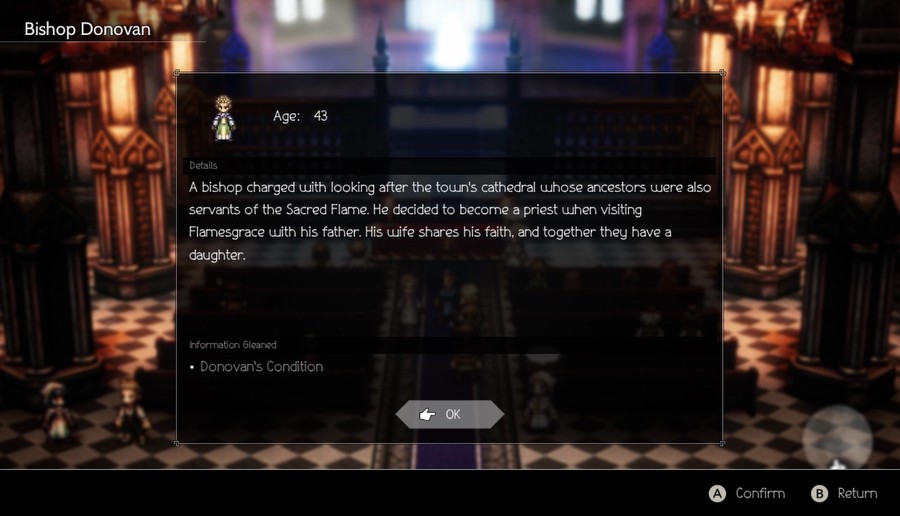 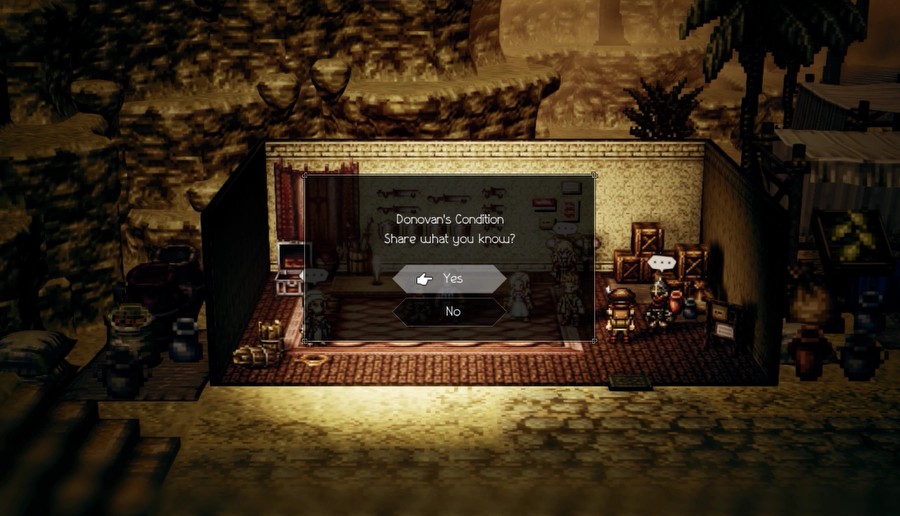 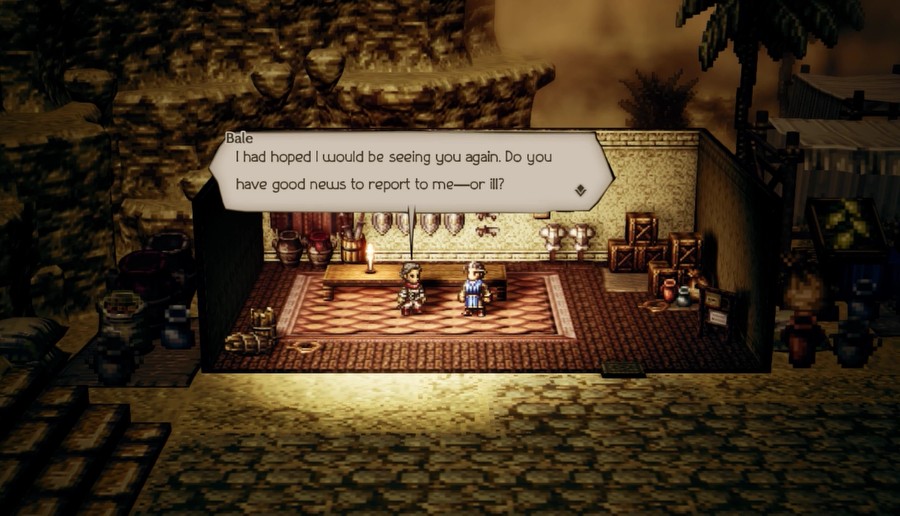 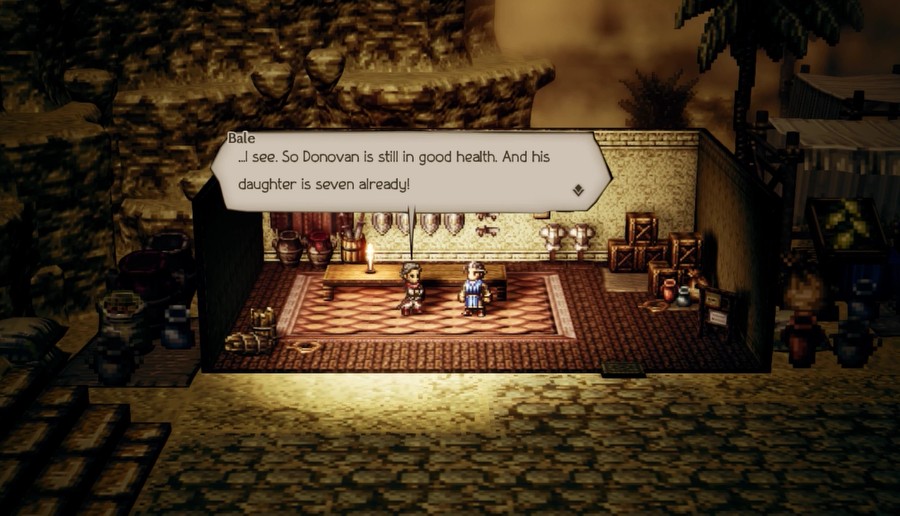 I did not realize that a bishop's work could leave him so busy. But then Donovan was always a single-minded man. 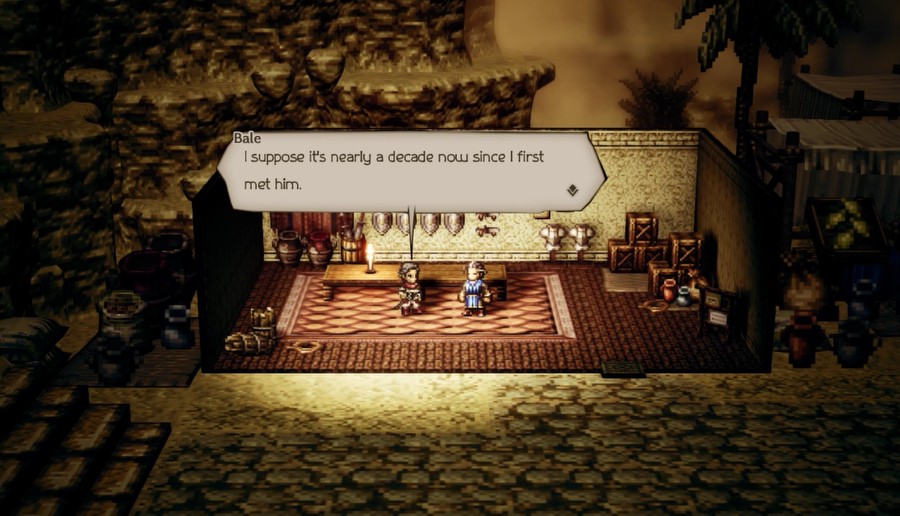 I was a mercenary in those days, wandering various lands in search of work. I met Donovan only a short time after he met his wife. 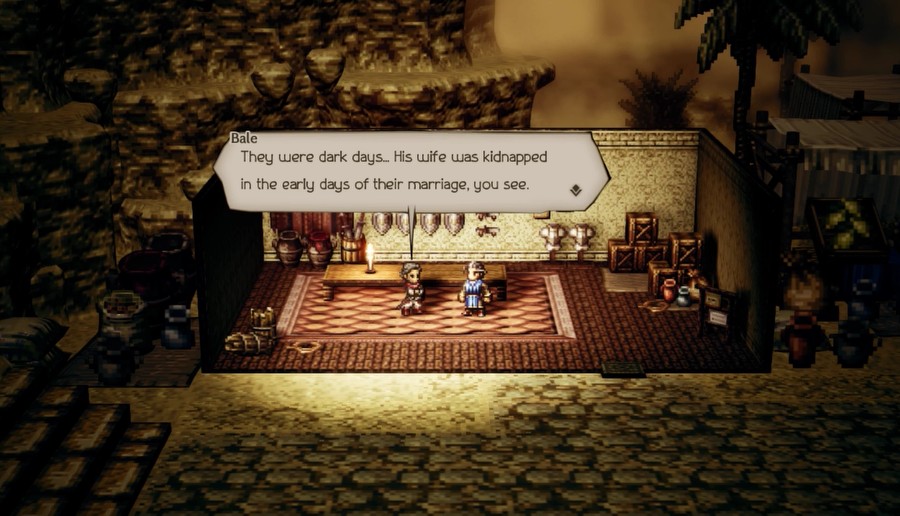 And I was captured by the Knights Ardante, who had mistaken me for the villain responsible. I was nothing but a wandering vagrant. I had no one to vouch for me, no way to prove my innocence. I thought I would be hanged till dead. 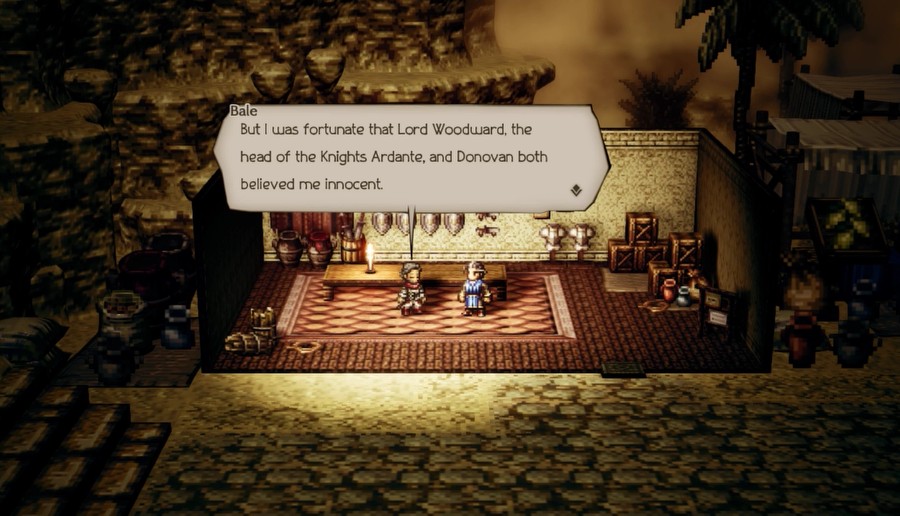 It was only thanks to their firm belief that the true criminal was found at last. 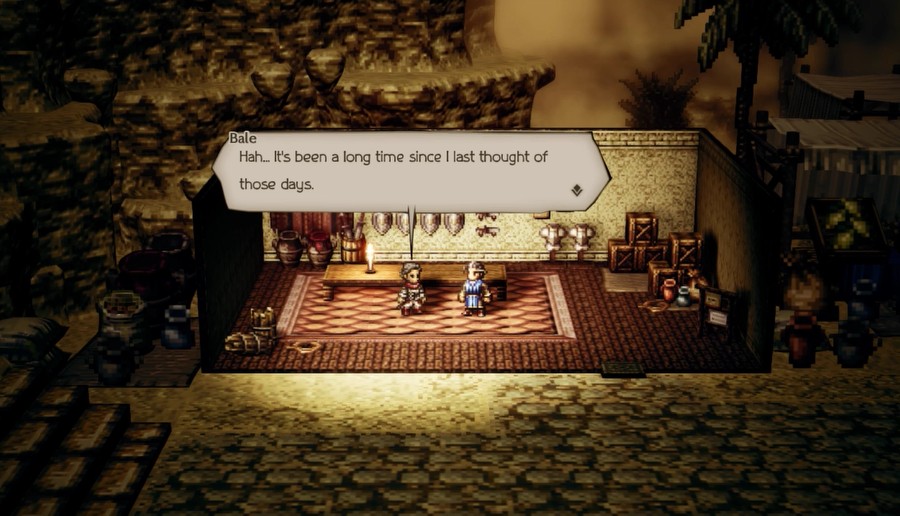 I certainly never would have imagined then that I might one day be standing here in such a position of authority. I may miss the freedom at times, but I do feel that the work I am doing now is worth doing. But still...that does not mean that I never look back to the past and long for those days. 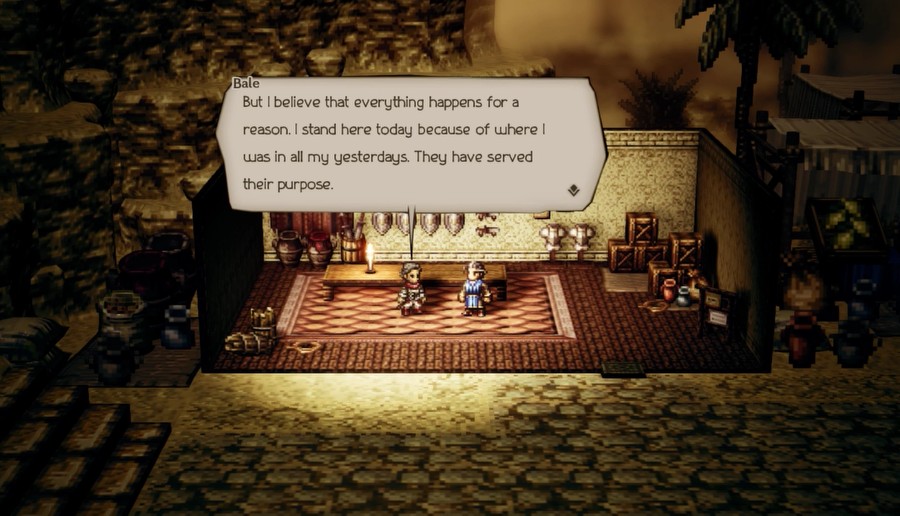 So some insight into Bale's past, which is perhaps why he was so welcoming of a lost and disillusioned Erhardt when he wandered into Wellspring. That or his uncanny skill with a blade in a town regularly accosted by lizardmen. 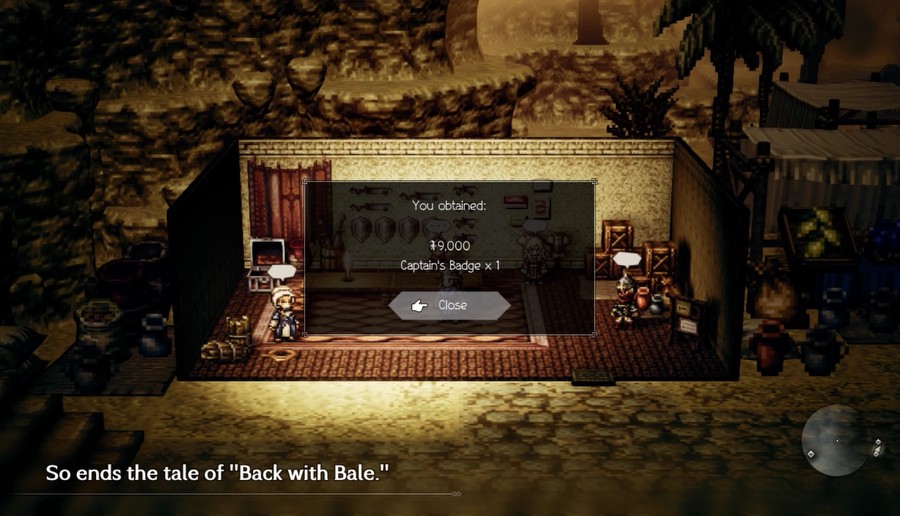 The Captain's Badge is an accessory that boost EXPs gain. I'll need to do some light grinding before the final boss, so this will be handy for that! 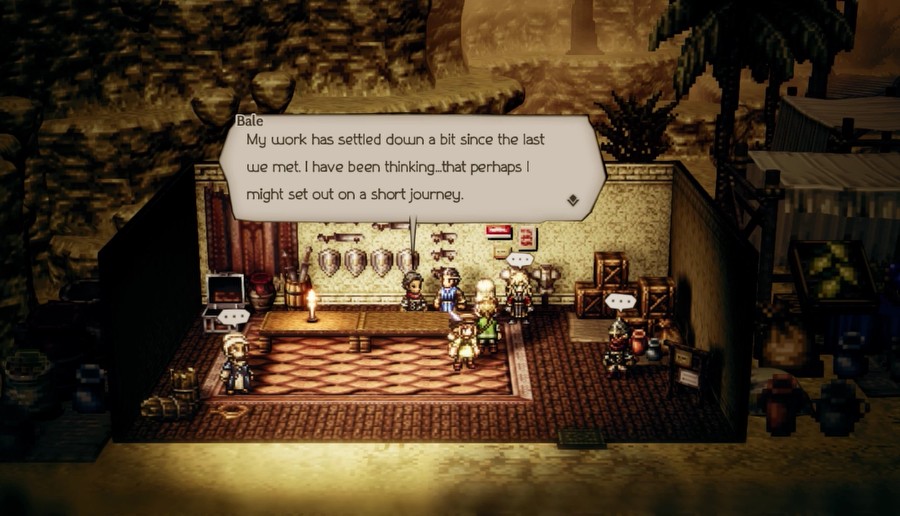 I would like to meet my old friends and perhaps raise a glass together. Then I will return to this town and continue to do the work that needs to be done here. 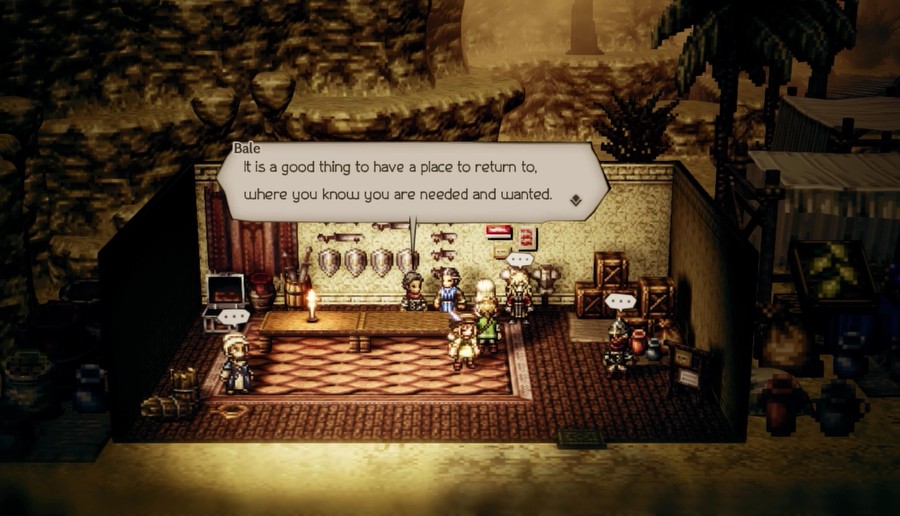 Indeed it is. Bale's still fond of his old friends and adventures, but he has a good life in Wellspring, so might as well stick with it.

We continue with the familiar faces next time.