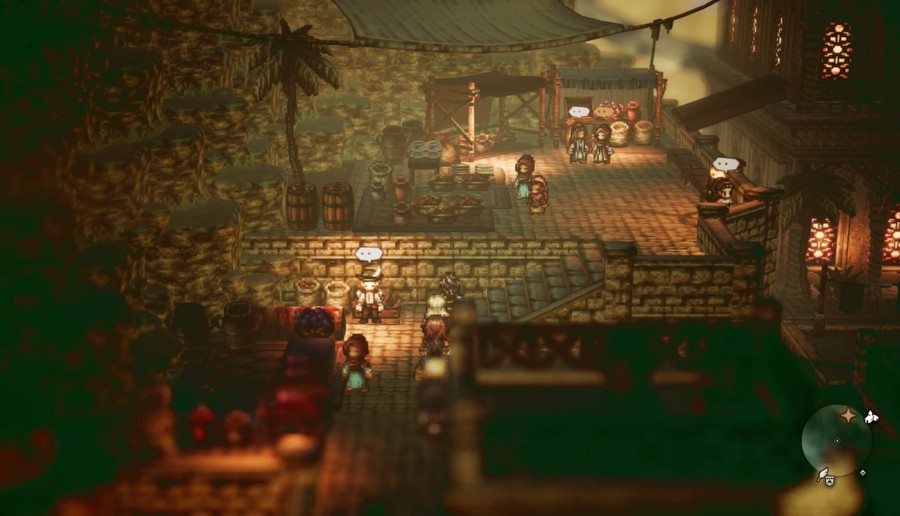 I promised Flamesgrace, but I felt lazy today so you're getting this instead. 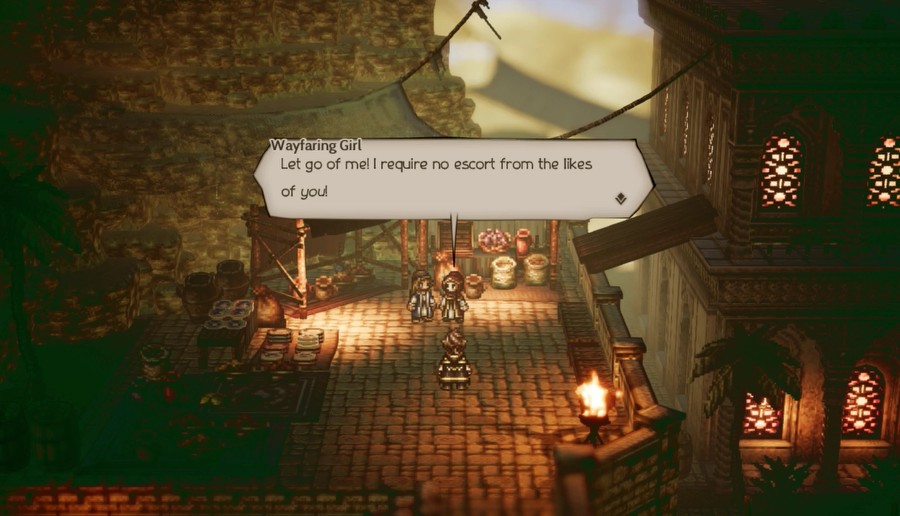 Heh... Don't be shy, love. I'll take you to a place with cushions like the clouds. 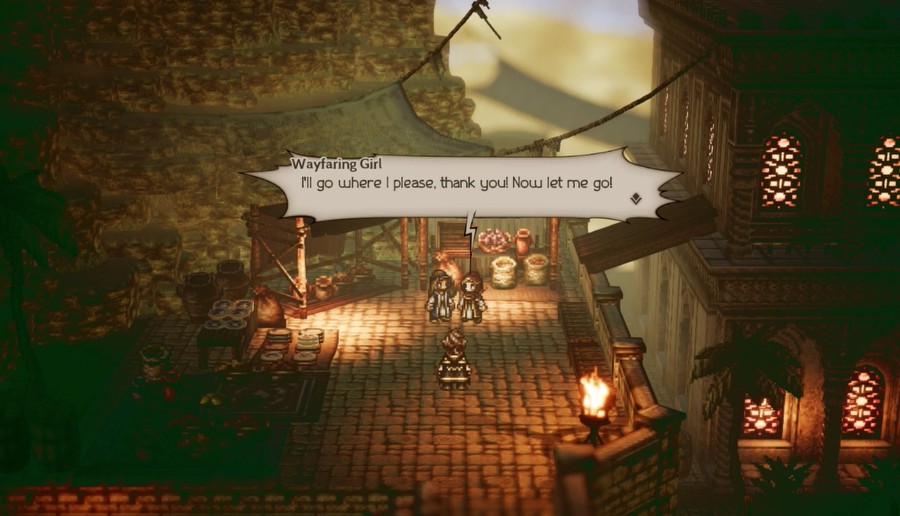 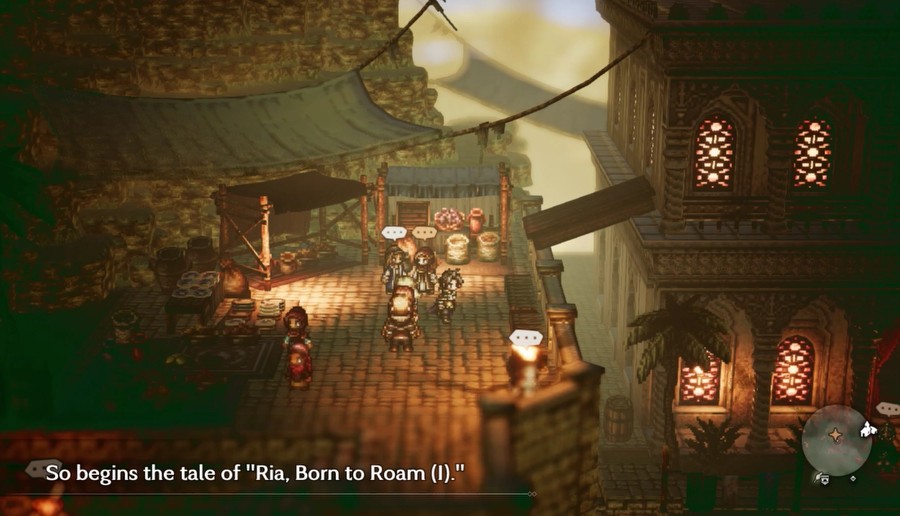 So this one is simple enough, just gotta take care of this creep. 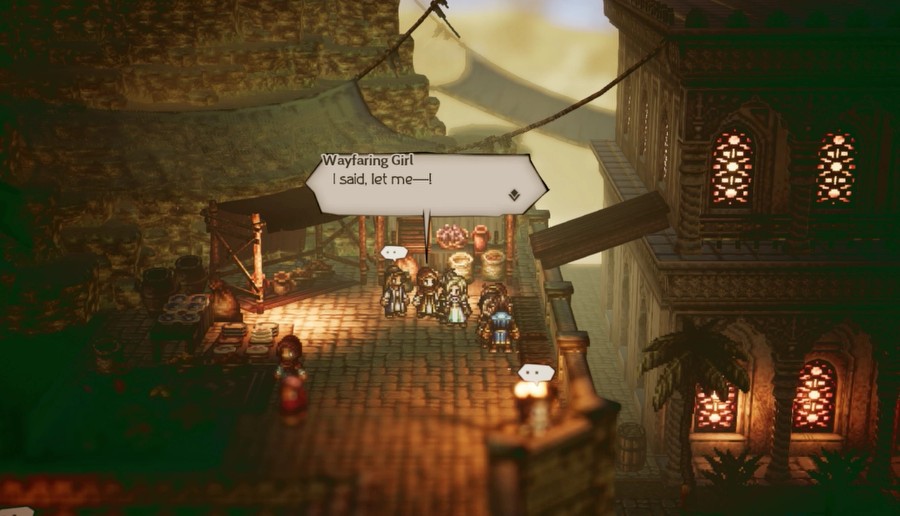 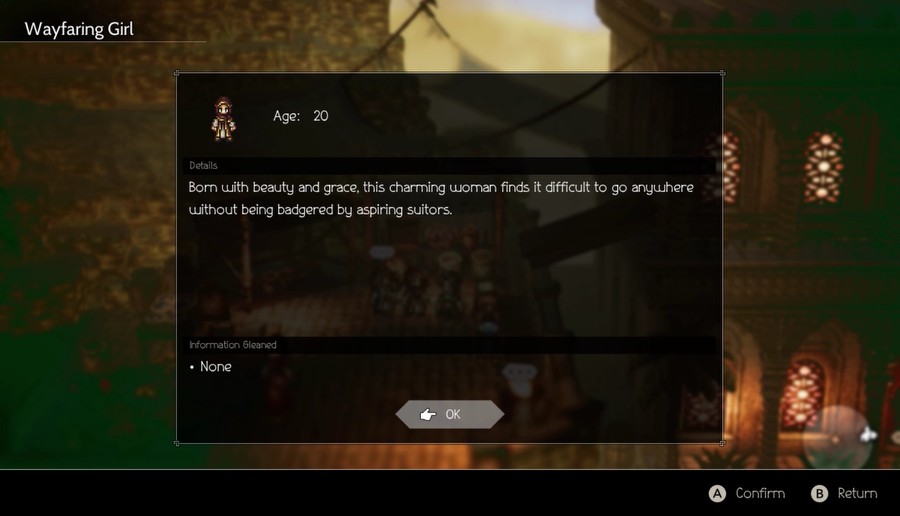 It's a little weird how many character descriptions involve women being plagued with countless pursuers. The next Side Story I'll show off has something similar for a NPC, and it pops up more often than you'd think. I think they could've diversified beyond that a bit. 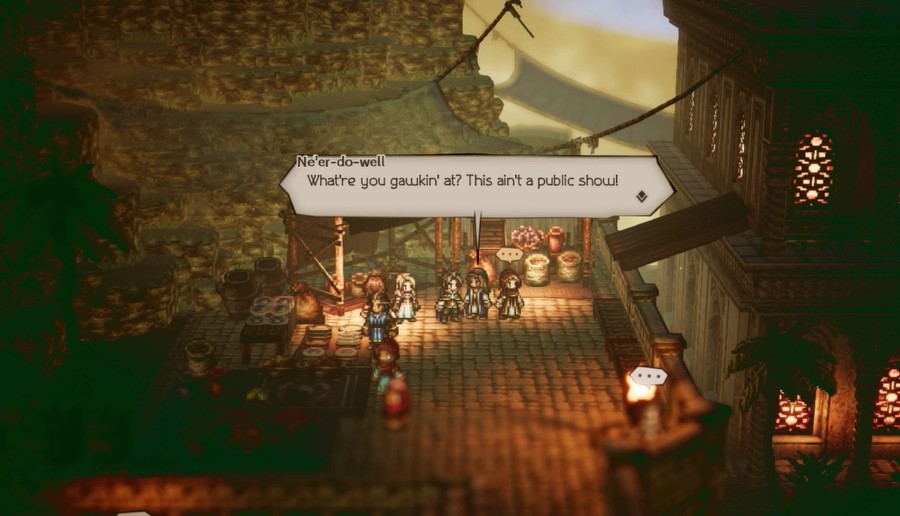 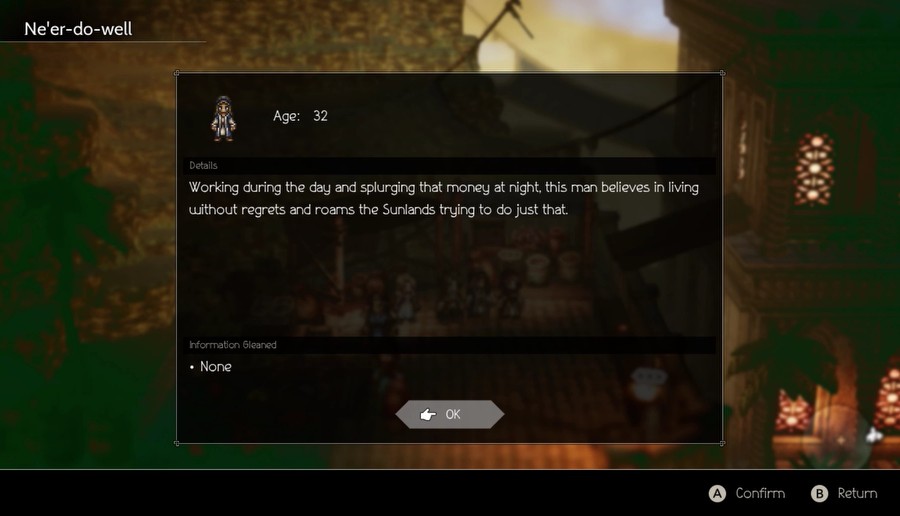 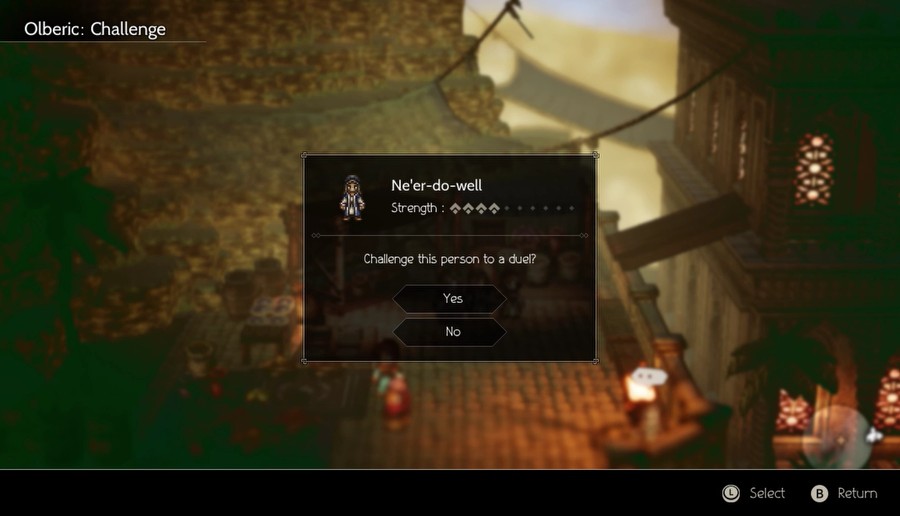 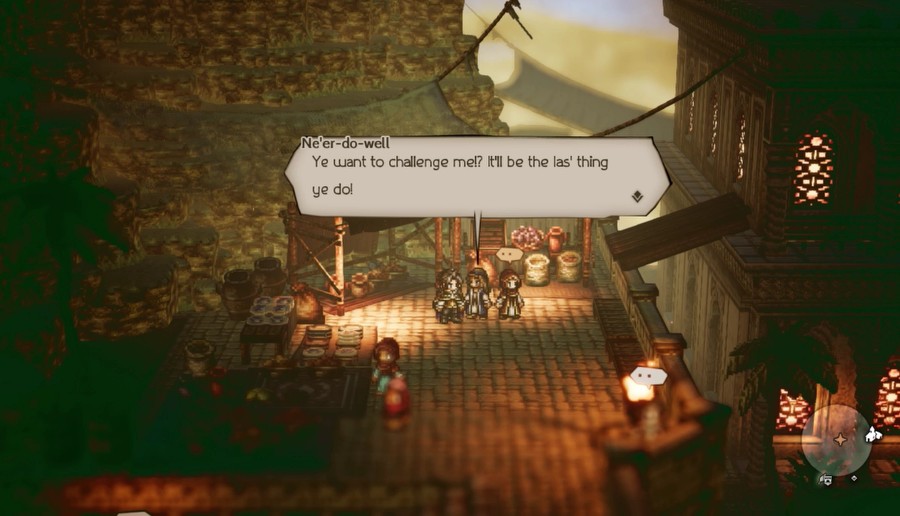 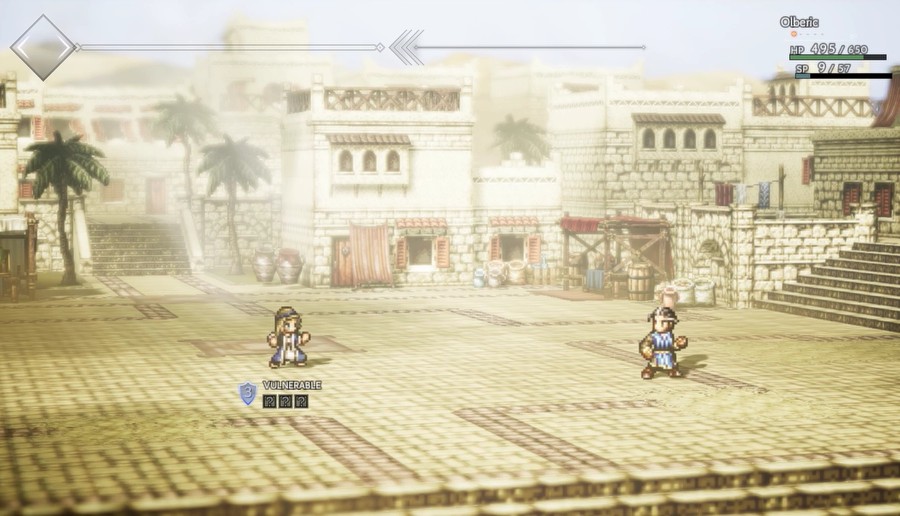 This guy's a four-star threat, but if you've got good gear and a few levels you should be fine. 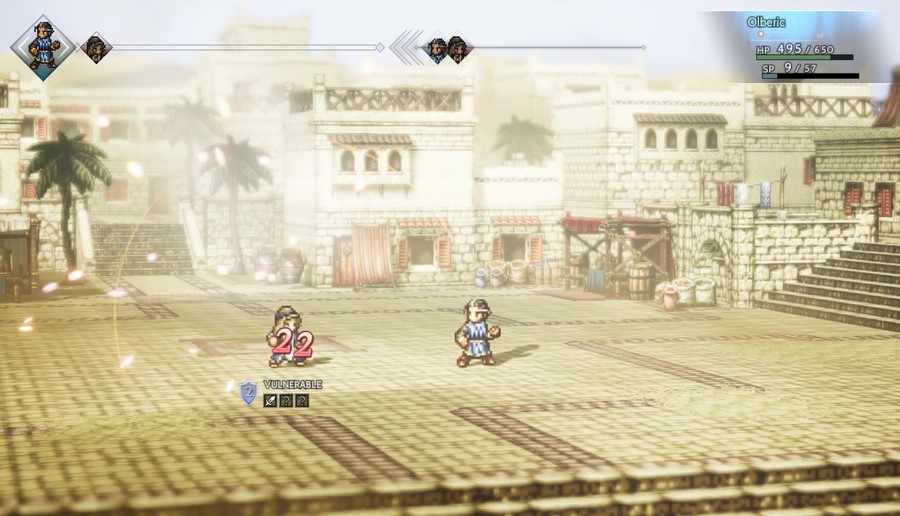 Just keep in mind your basic attacks will do nothing. You'll want a fully-boosted Cross Slash during a break to get anything done. 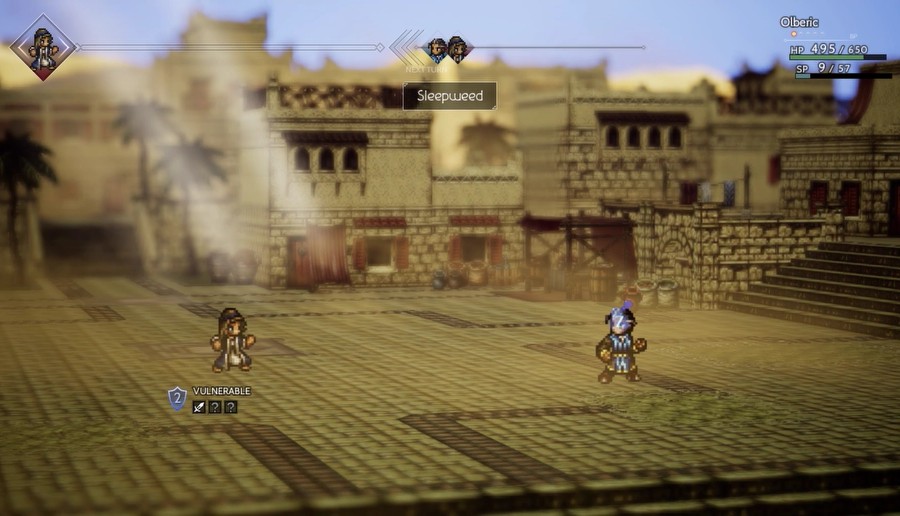 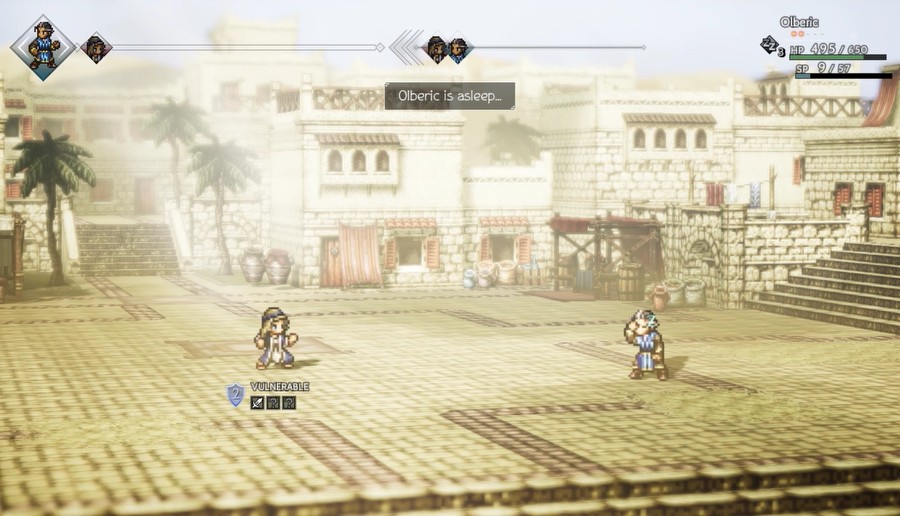 This guy's big thing is Sleepweed, which sets a character to sleep for a few turns. They won't do anything while asleep, but most (if not all) attacks wake them up.

This guy only does physicals, so all this really does is raise the chances of him getting two turns in a row. 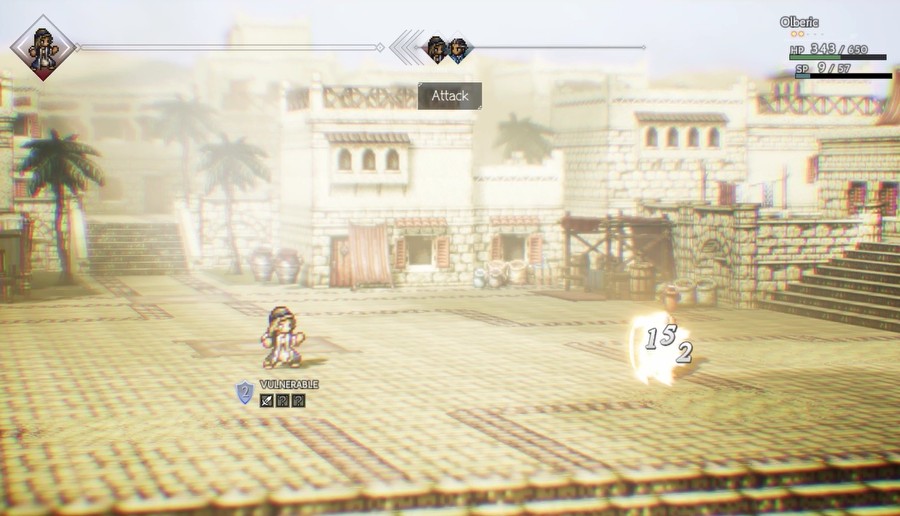 His attacks are painful, but he's got nothing stronger, so he's not a serious threat with our supply of Healing Grapes. 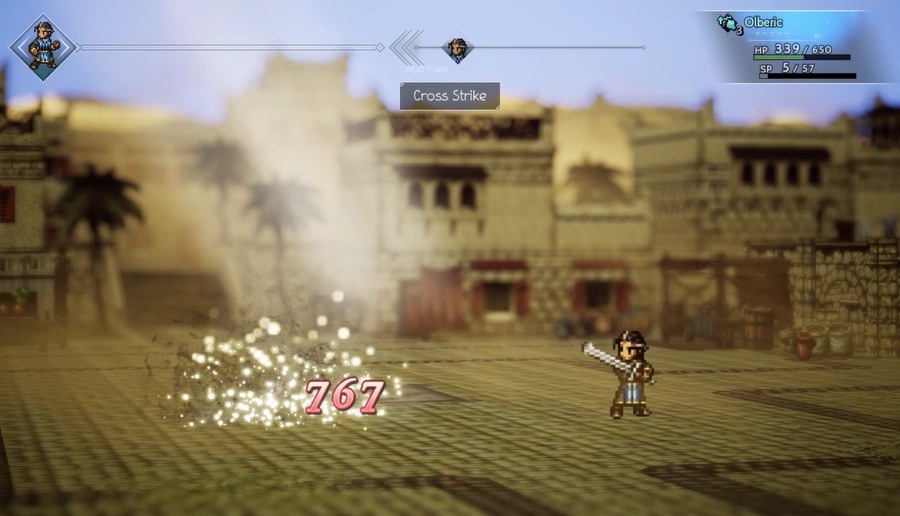 He takes four minutes due to sloppy strategy and my lowish level, but I manage just fine. 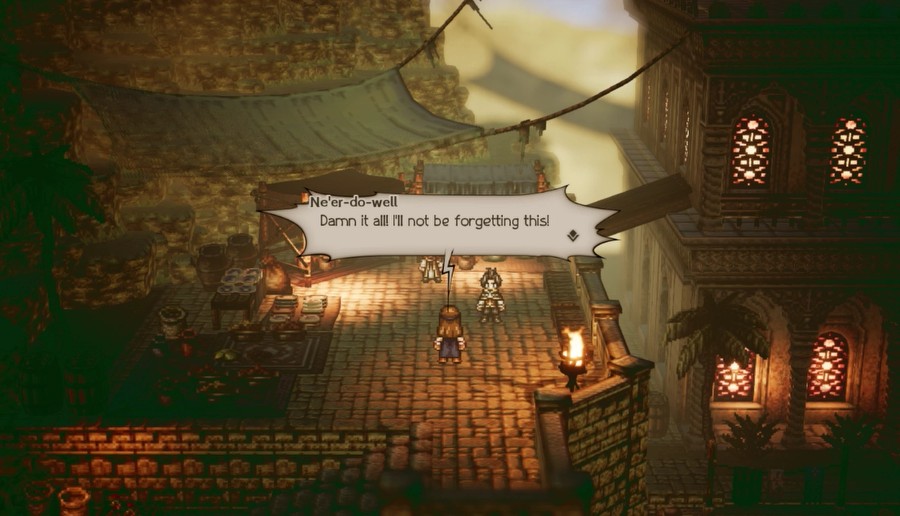 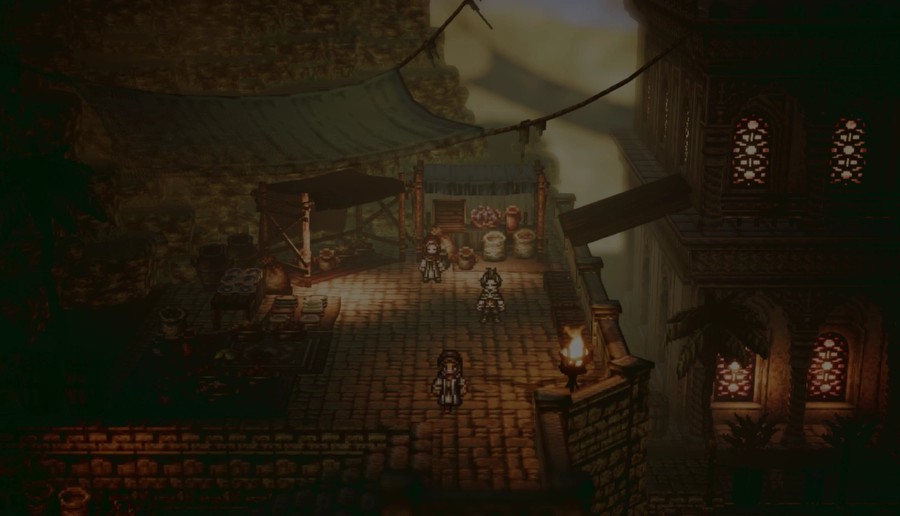 Then he runs off like the chump he is. 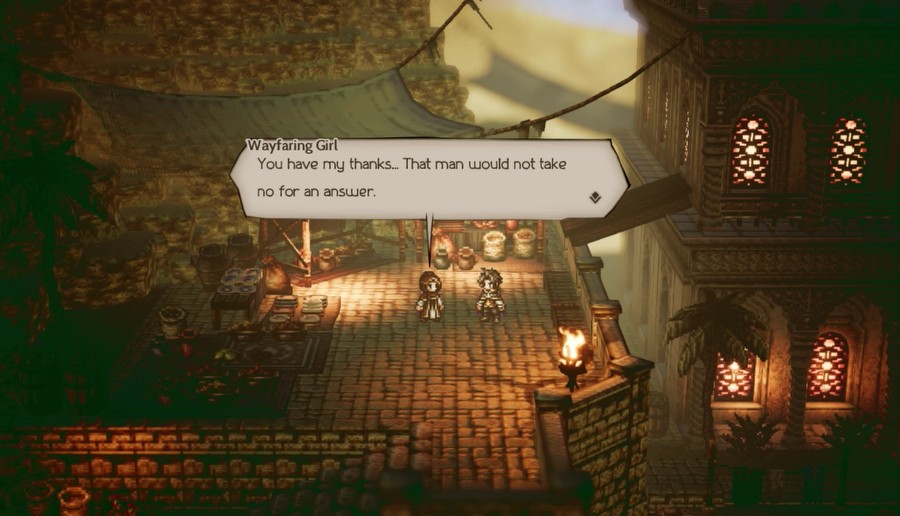 I only came here because I'd heard that this is where people come to have fun in this town... 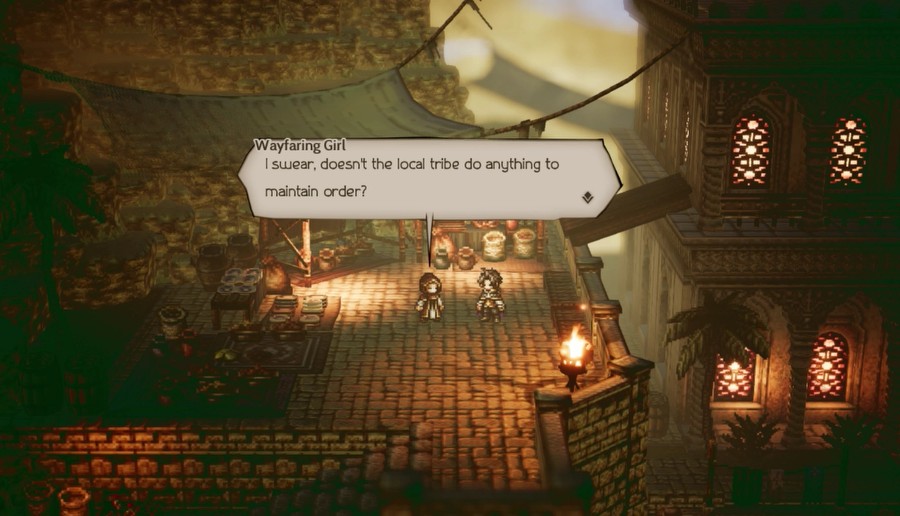 How is a girl supposed to enjoy the city if she can't even walk down the street in peace? Ruffians like that man should not be allowed to wander free! 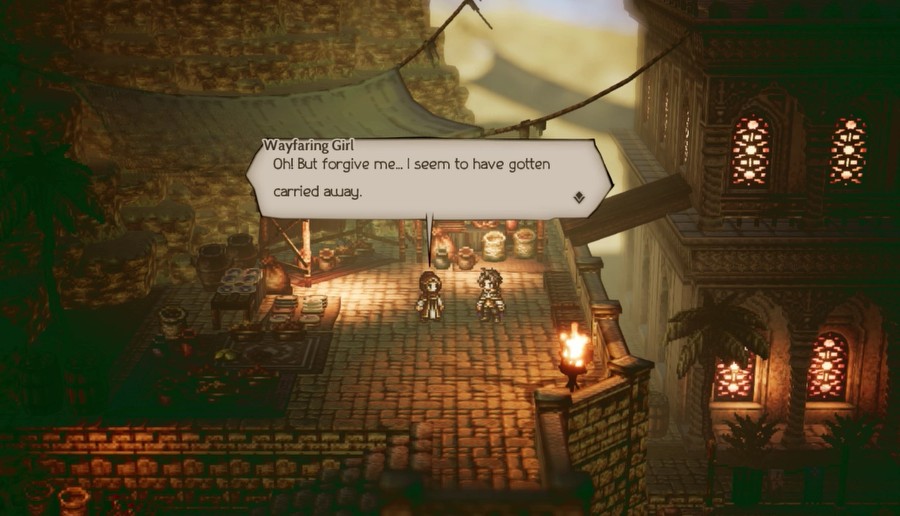 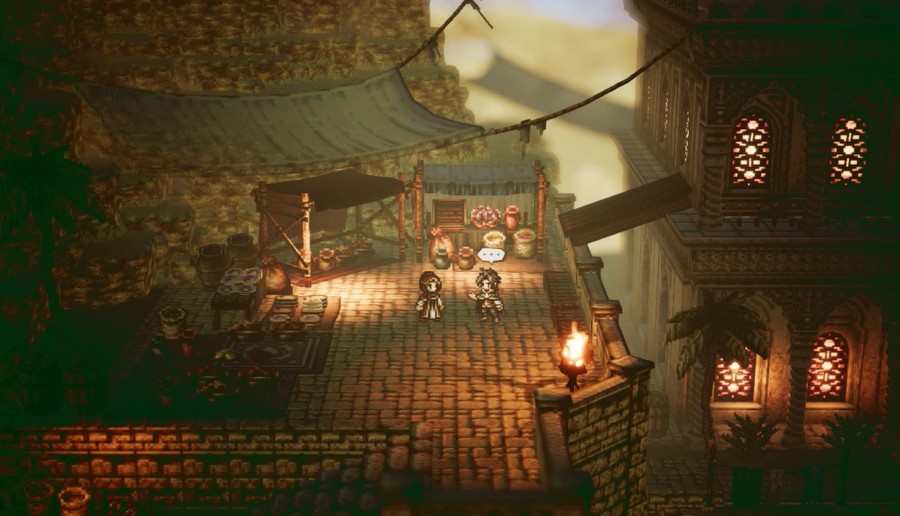 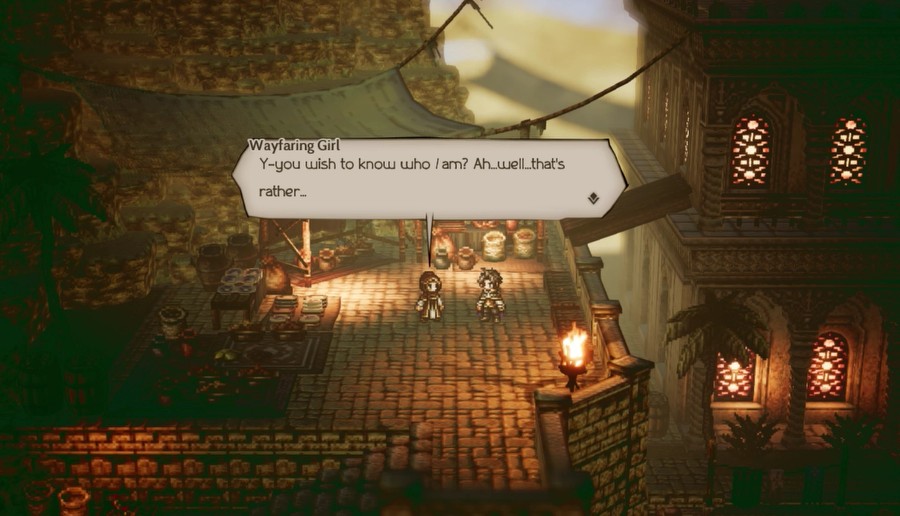 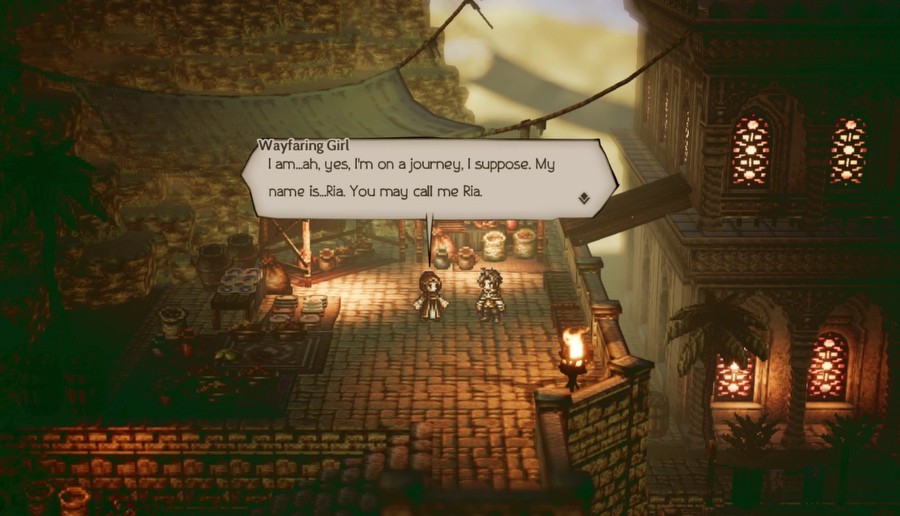 Anyhow, I will not forget your kindness in helping a stranger like myself. Thank you again. 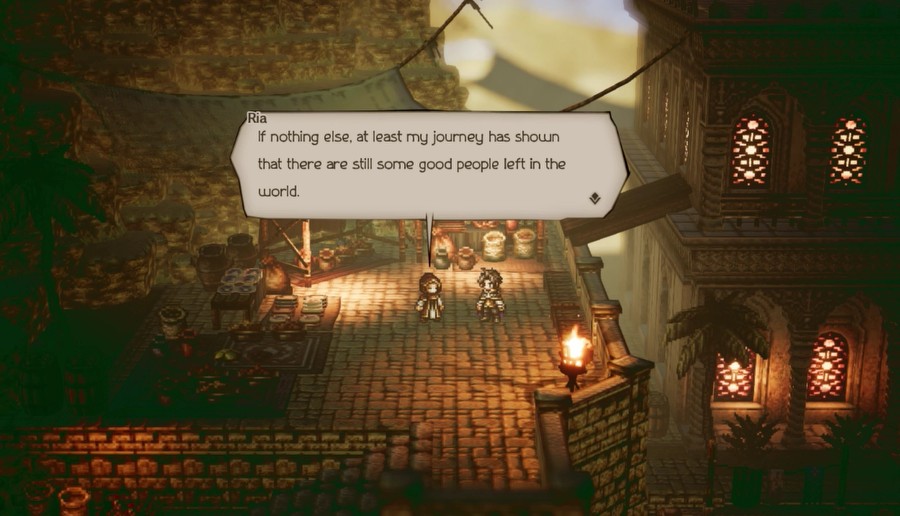 And now I must say farewell. I hope that your own travels bring you joy. 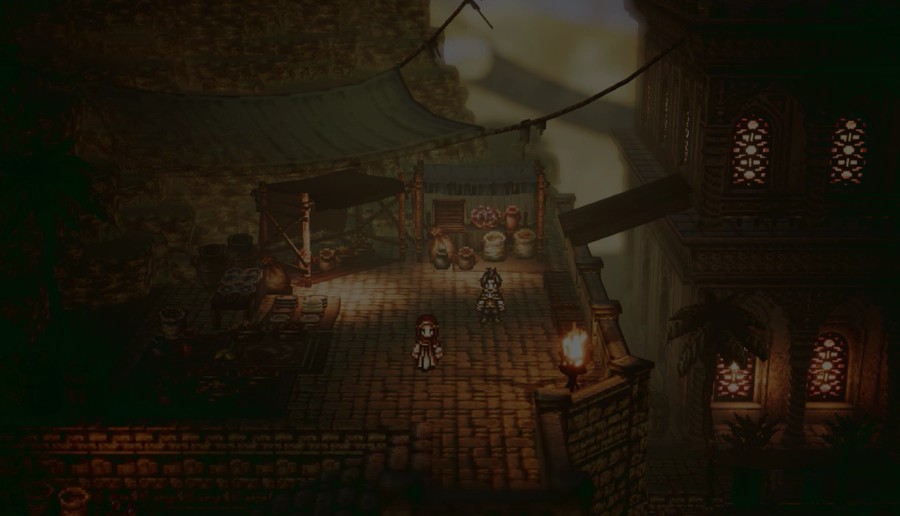 There's clearly something she's hiding from us, but that'll have to wait until another day. This is the three-tier quest for the Sunlands, so we'll see her again eventually. 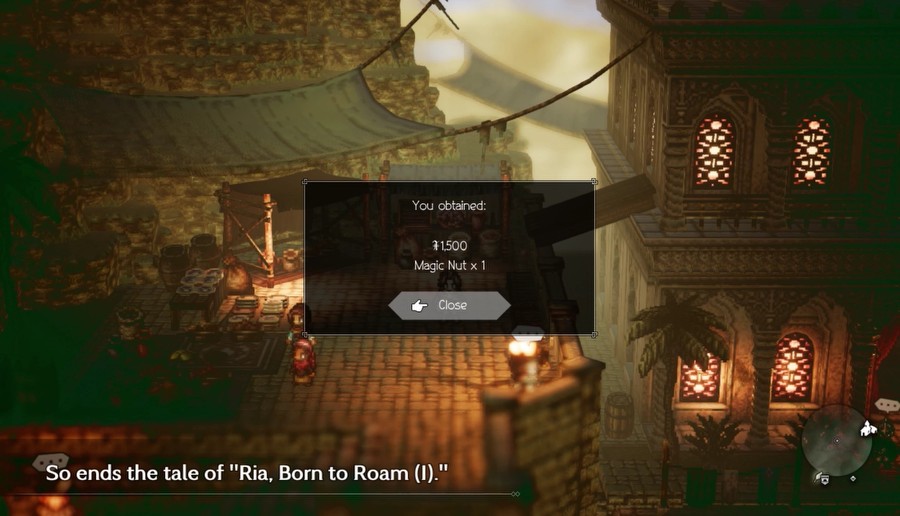 But that's it for today.