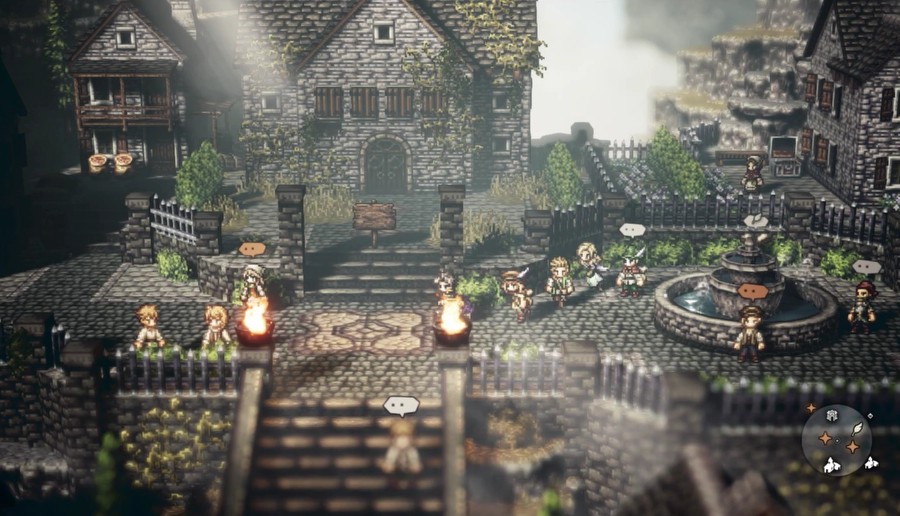 Time to catch up with another old acquaintance! 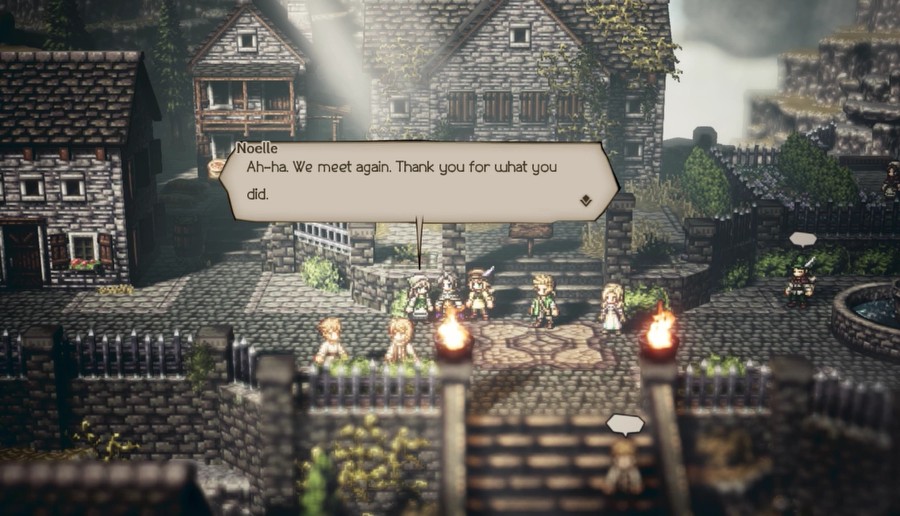 Do you remember? I am a historian, and you were so good as to show me the way to the ancient monument. 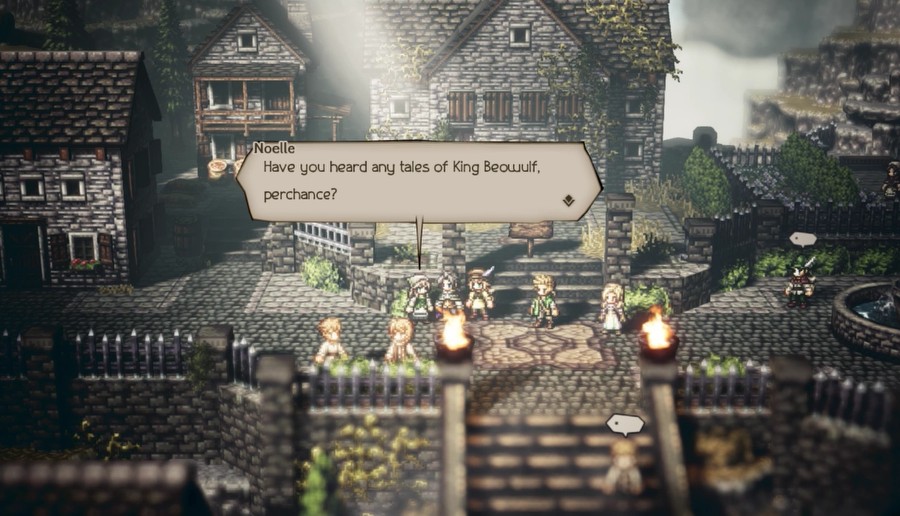 If you have, I would like nothing more than to hear them with my own ears. 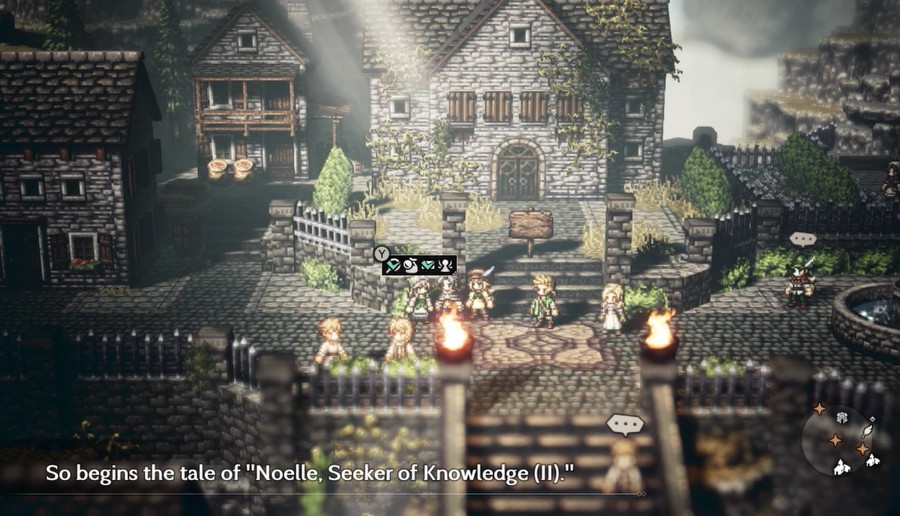 Fortunately, this one is much easier than her last quest. 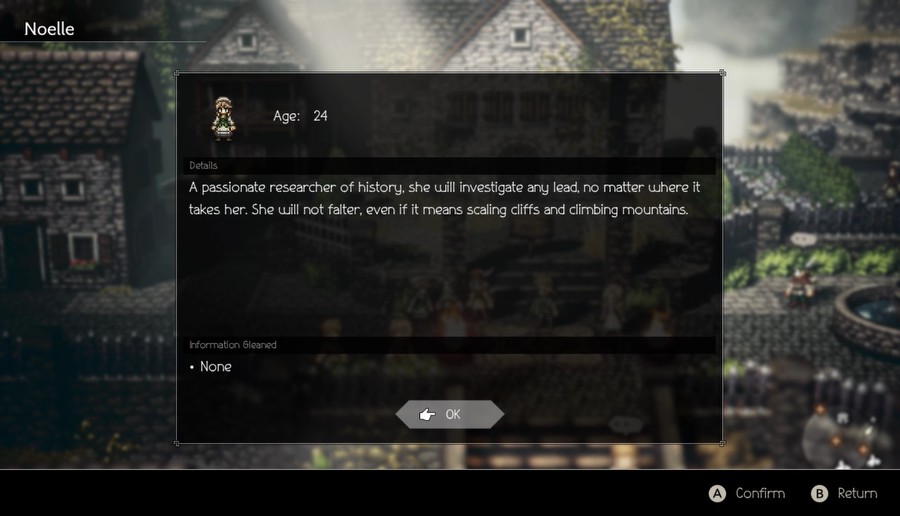 I never really paid attention in my first playthrough, but it looks like the Scrutinize/Inquire text for the characters starring in the region-specific quest chains gets updated with each stage. That's a cool, easily-missed detail. 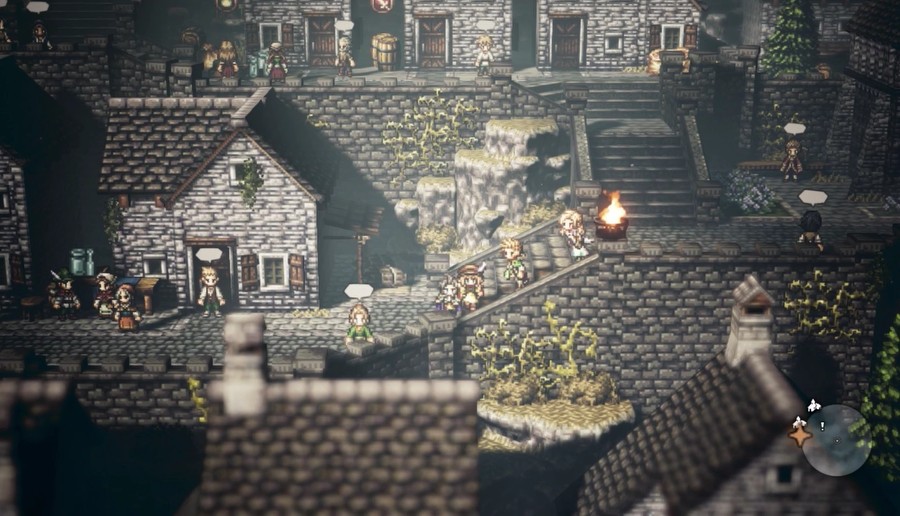 Anyway, the solution is to simply chat up this guy. 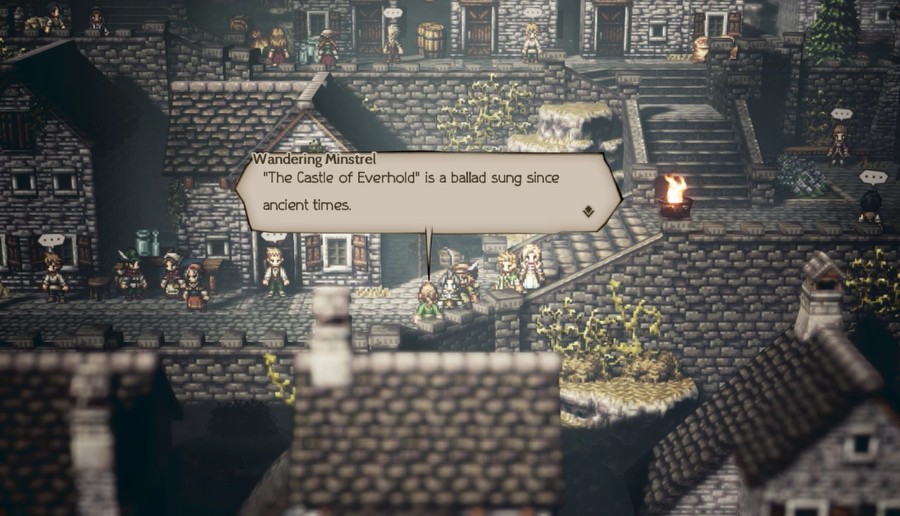 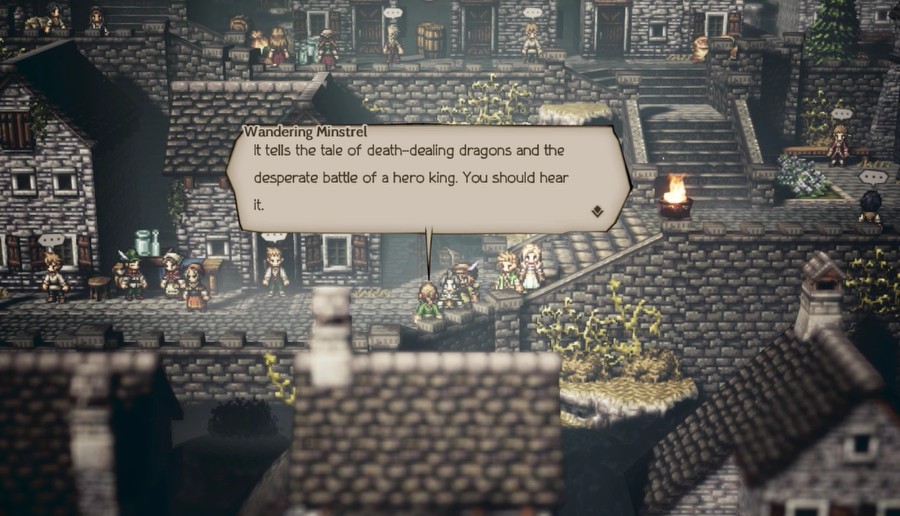 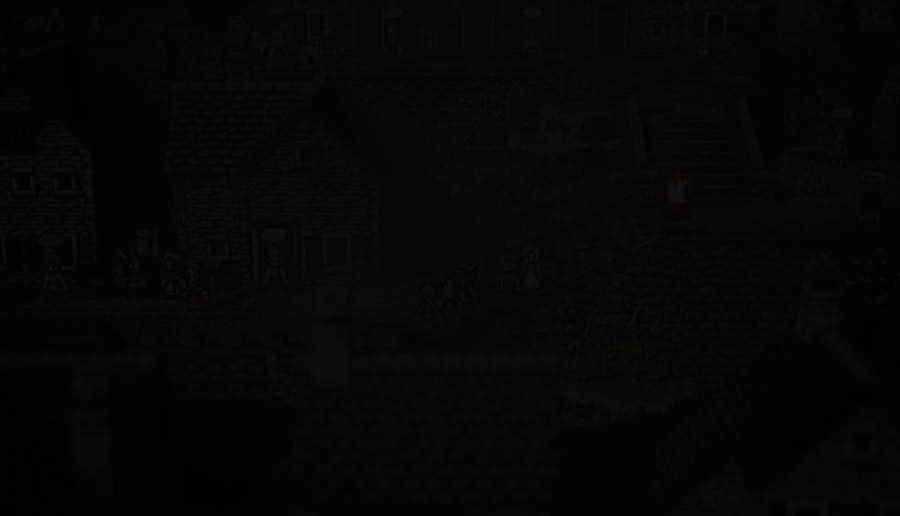 Interestingly enough, Battle II plays at the second text box, then the game fades to black before going back to normal. 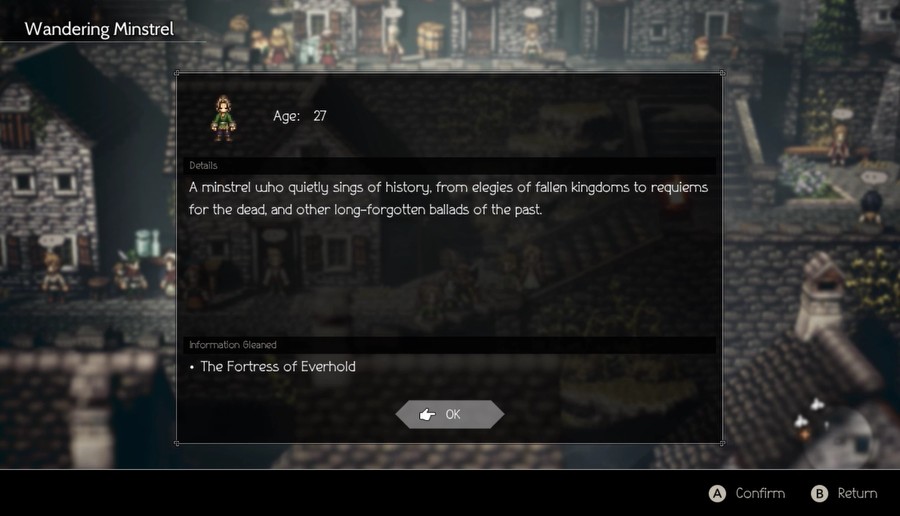 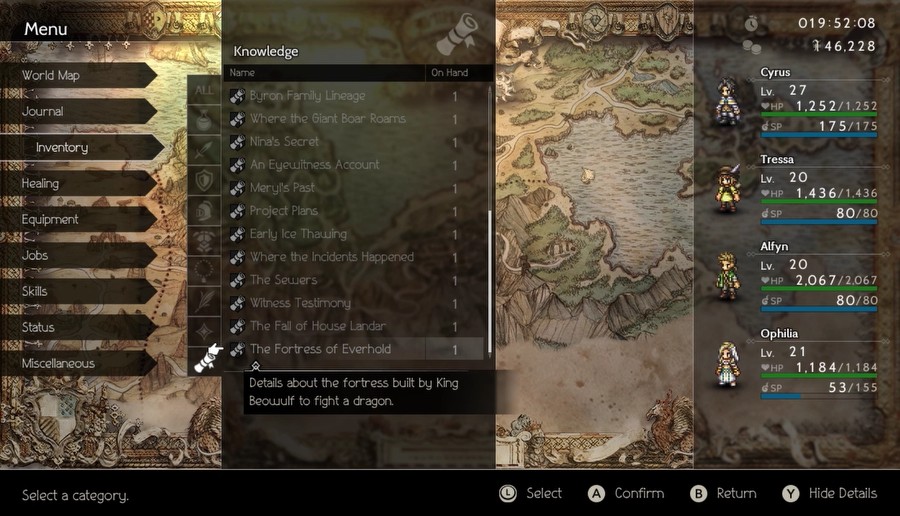 But of course, we have to actually Scrutinize him to get what we seek. 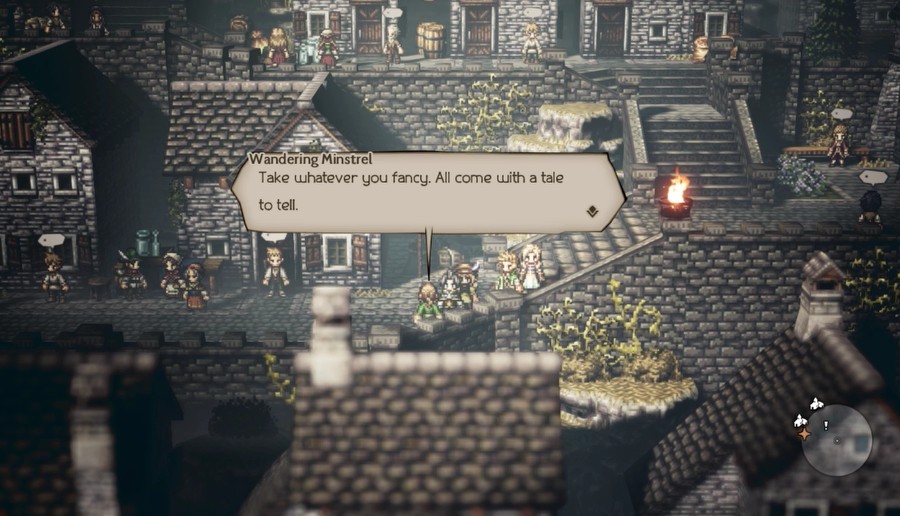 I can't buy plums with a tale. 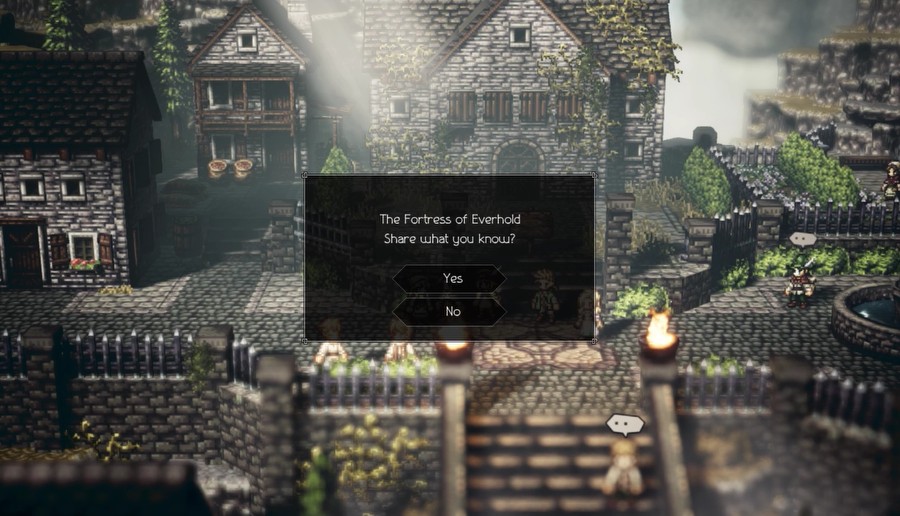 Anyway, this is short and simple. Let's finish things off. 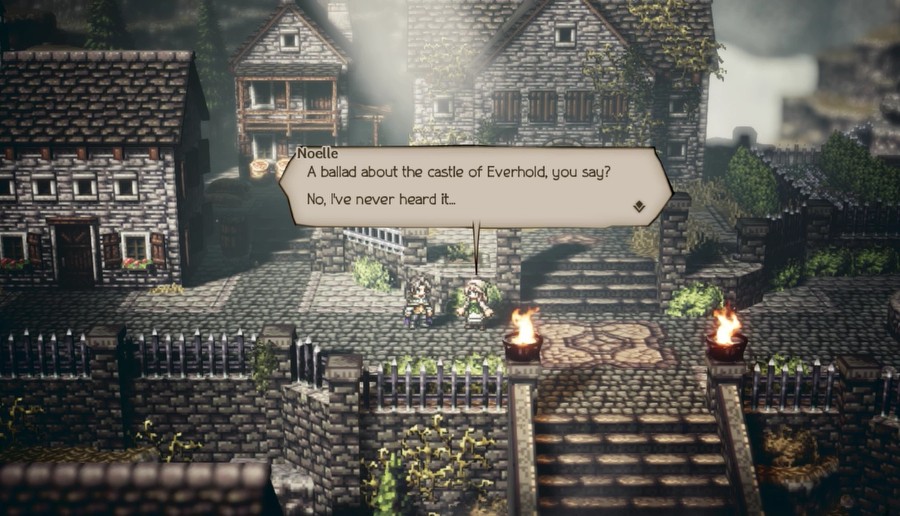 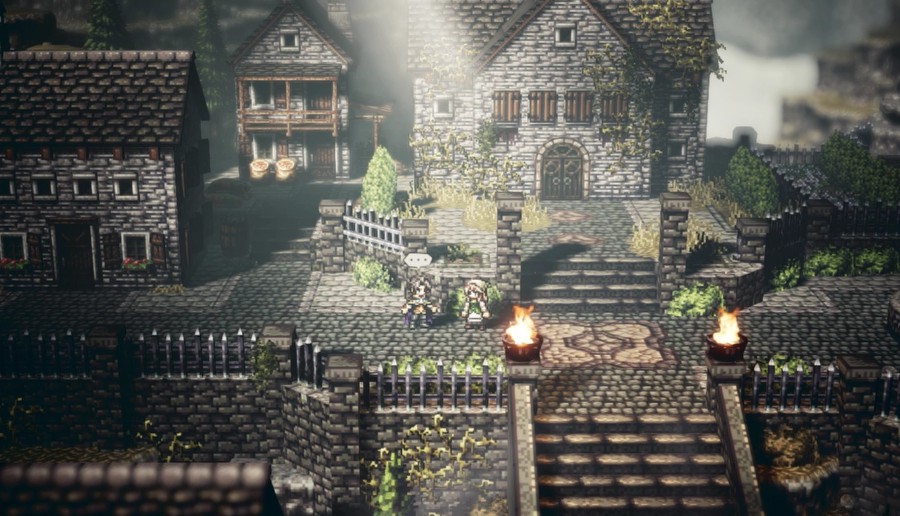 So, a red-eyed dragon appeared, sowing death and destruction. Hornburg was on the verge of collapse. It was up to the aging King Beowulf to defeat the dragon. He built a castle strong enough to withstand the dragon, then risking all, rode out to meet it. 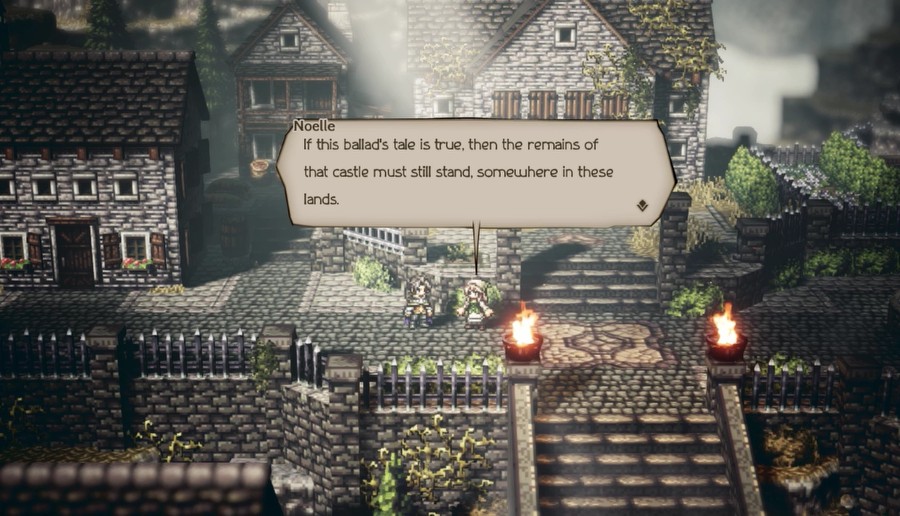 This is a valuable new clue. If I can find that castle, then... 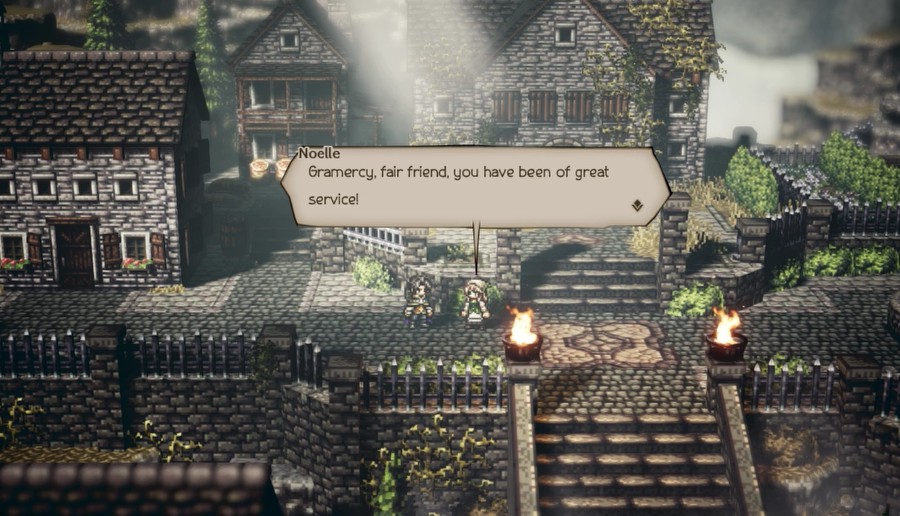 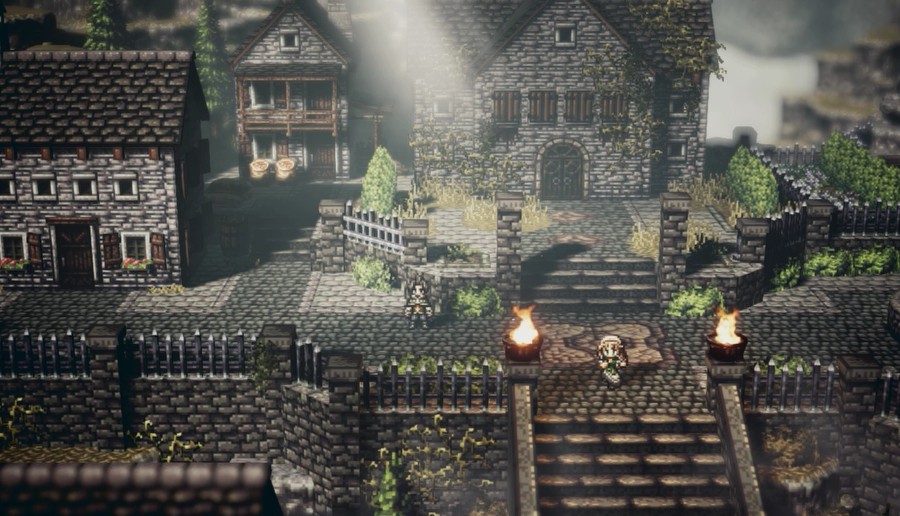 Noelle has a lead to perhaps finally prove to the world that King Beowulf truly existed. 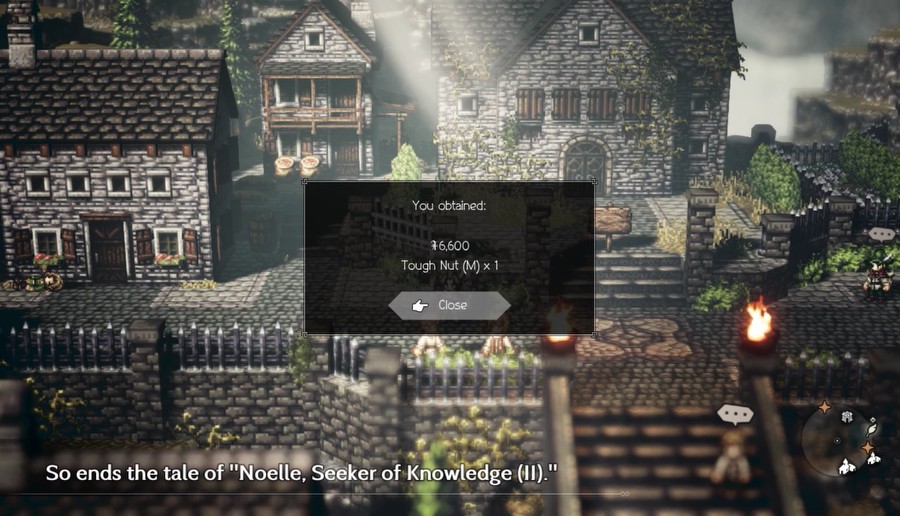 Everhold, by the way, is the Chapter 4 town of the Highlands, so we'll surely catch up with Noelle there in the future!

For now, though, it's time we head to the beach.