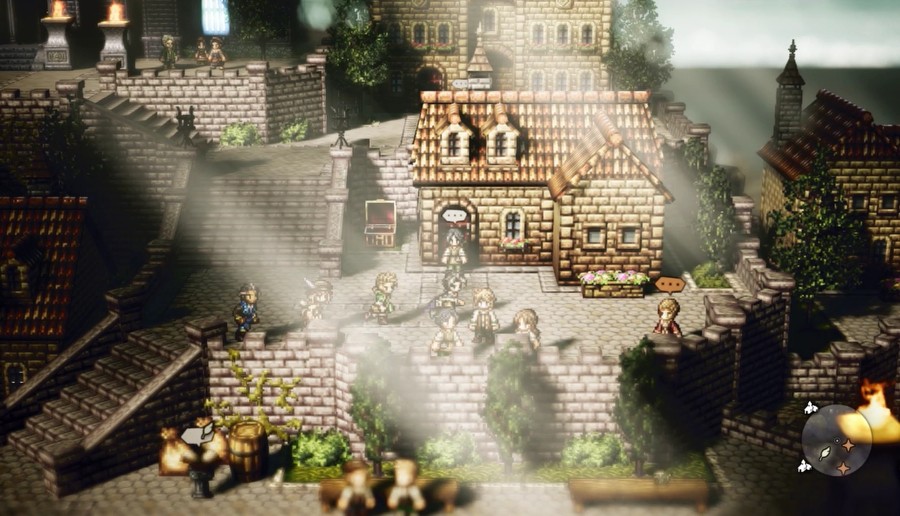 This fine chap has a little problem we can take care of today. 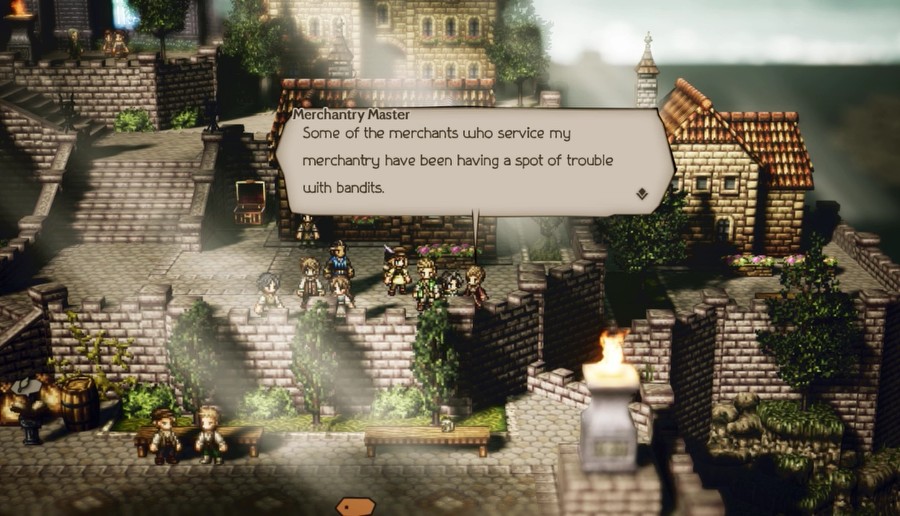 If something isn't done about it soon, I may have difficulty getting stock in for my customers. That won't do at all... Something has to be done about these bandits! 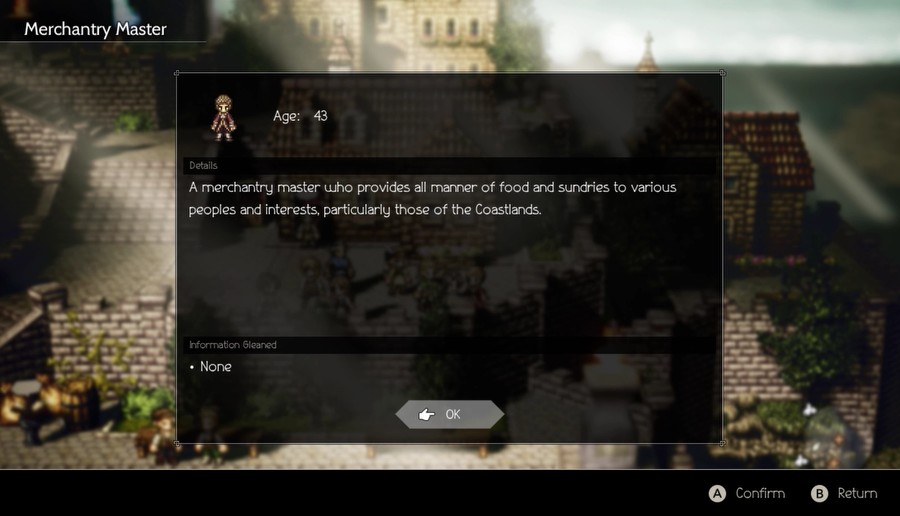 This merchant is having trouble with bandits raiding his caravans. Simple enough.

This is another quest with two options. And you may remember that we already had an option given to us... 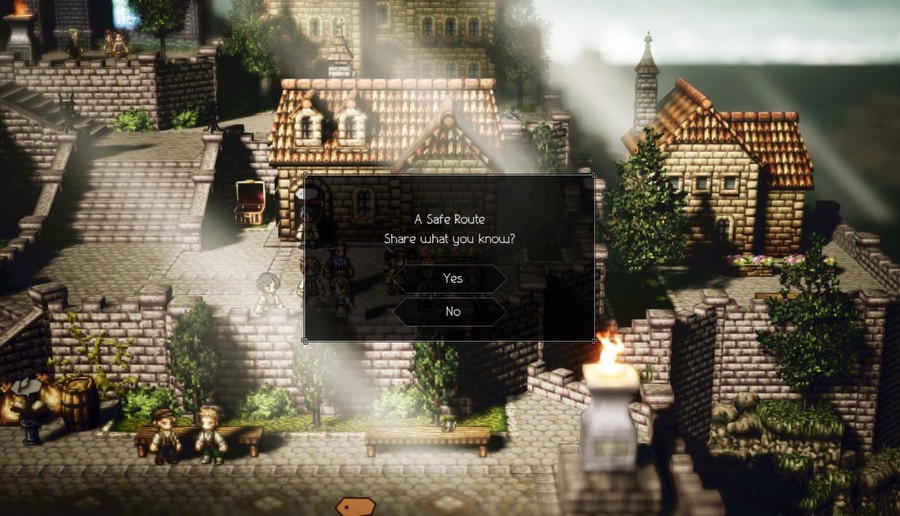 Back when we started Alfyn's Chapter 2, one of the travelers we met on the way to Goldshore mentioned this route to us. So we simply need to share this info to the merchant. 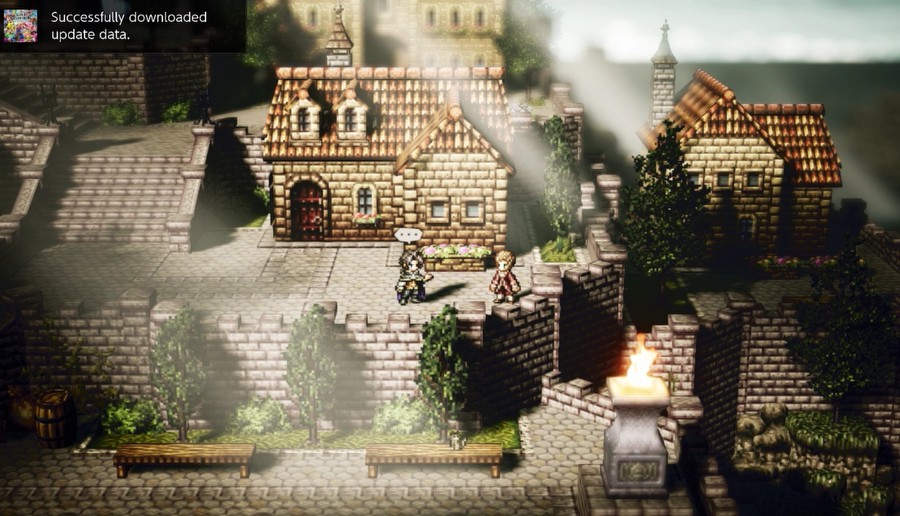 Yes, it's a plant. They made a damn plant a fighter, yet Waluigi is still snubbed. It makes no logical sense! Oh yeah, there's an alternate route you can take or something. 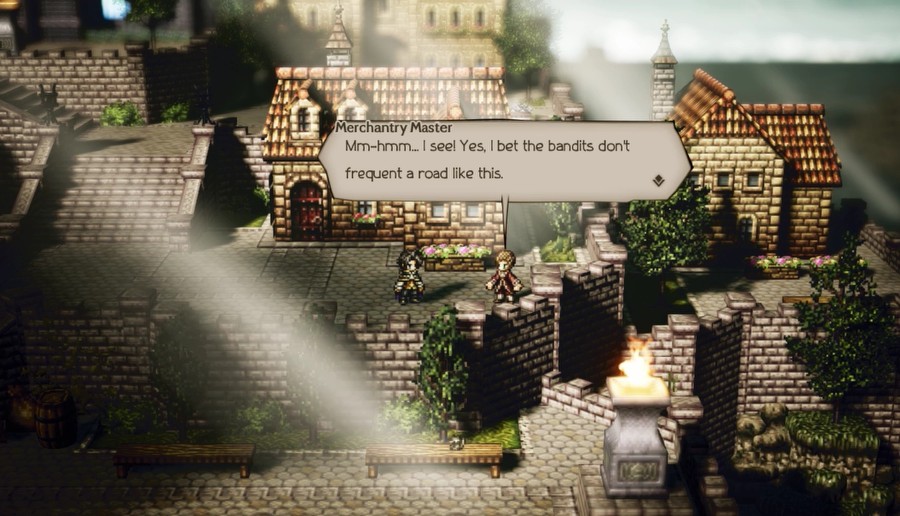 It's only a little bit out of the way. It shouldn't be too much of a burden on the merchants either. I'll start telling all the merchant groups about this road. We should be back in business in no time! 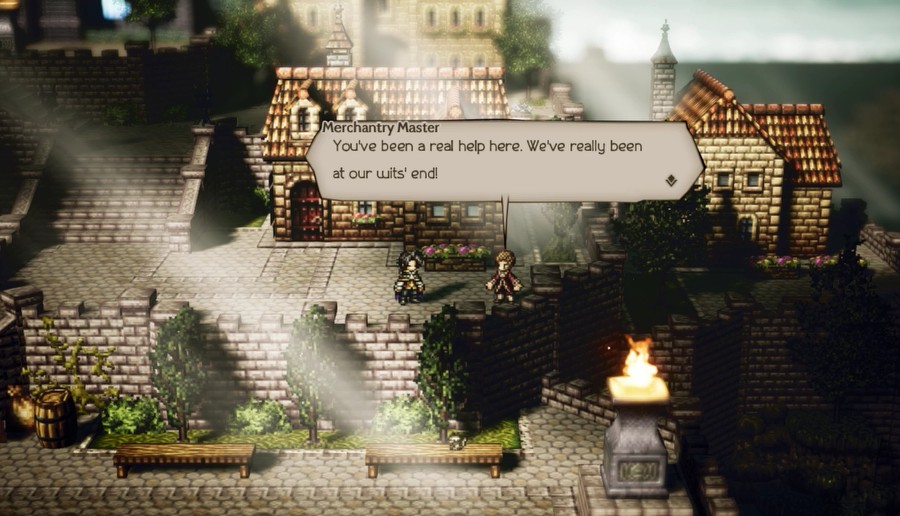 I can't believe you even found this place... Never even knew there was such a road here! 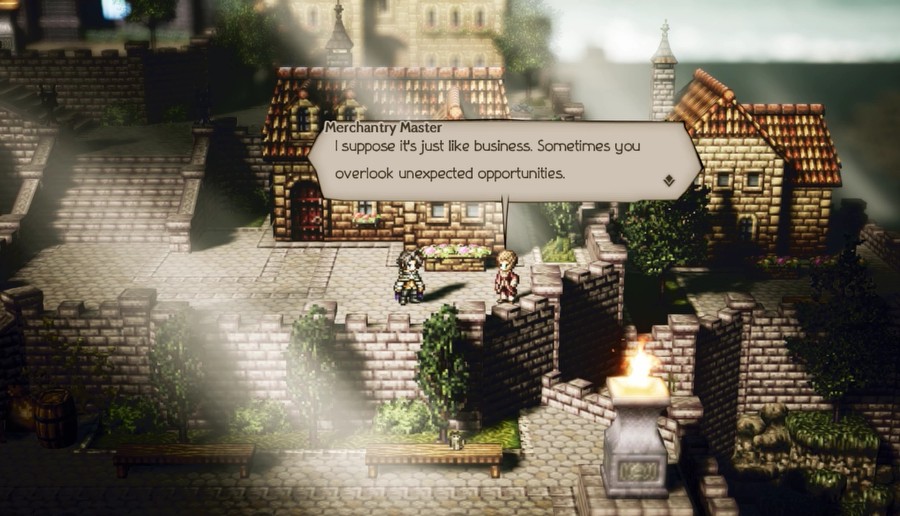 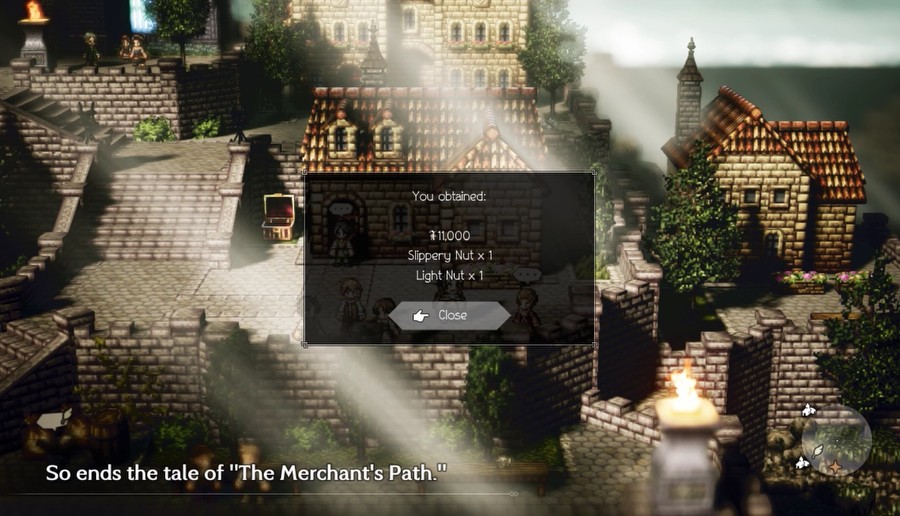 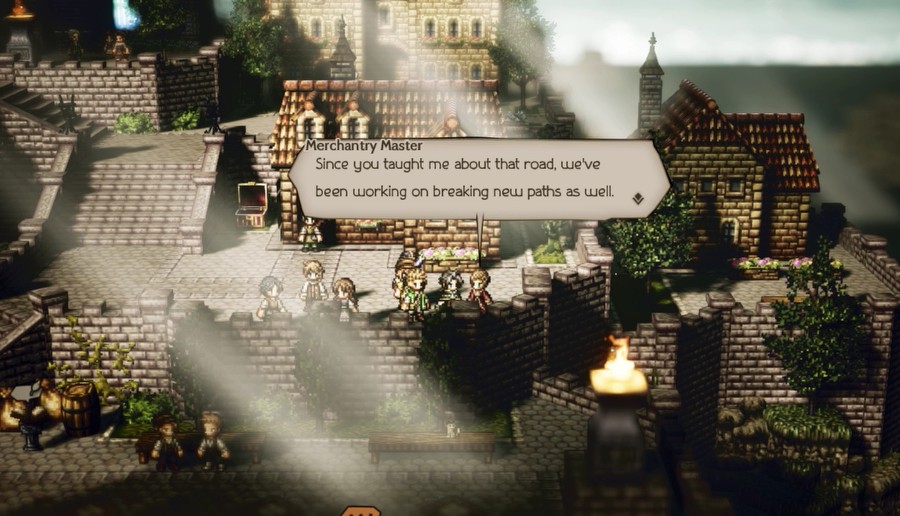 People and goods are on the move again. It should be good for business and even better for prices.

Anyway, we helped expand the merchant's network, which is nice. However, that's boring. I want to see some heads knocked! 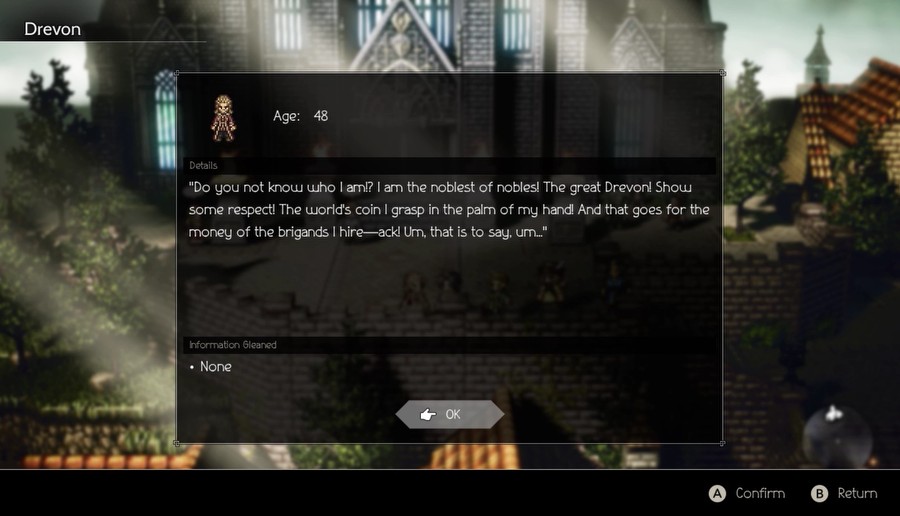 We talked to this man before. One of the brigands on the road to Goldshore mentioned a particular noble paying them to be jerks, and this guy pretty much blurts it out due to being the world's worst liar. 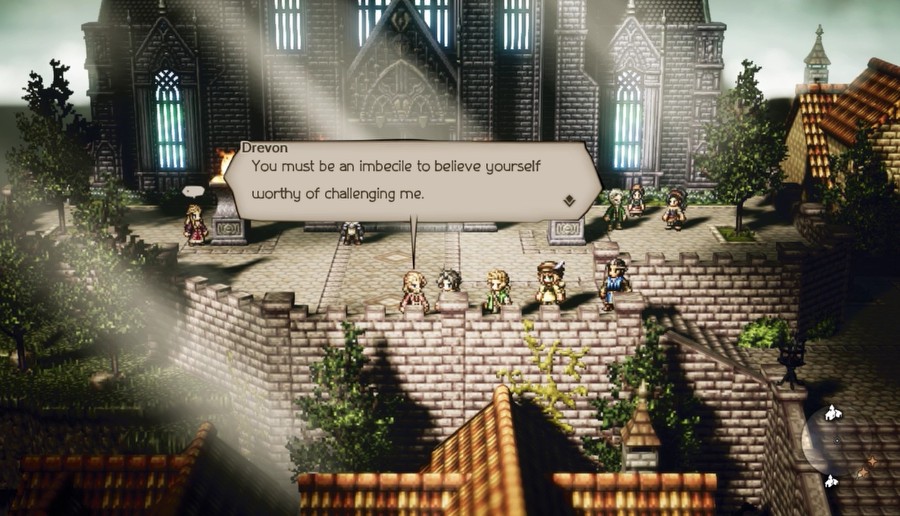 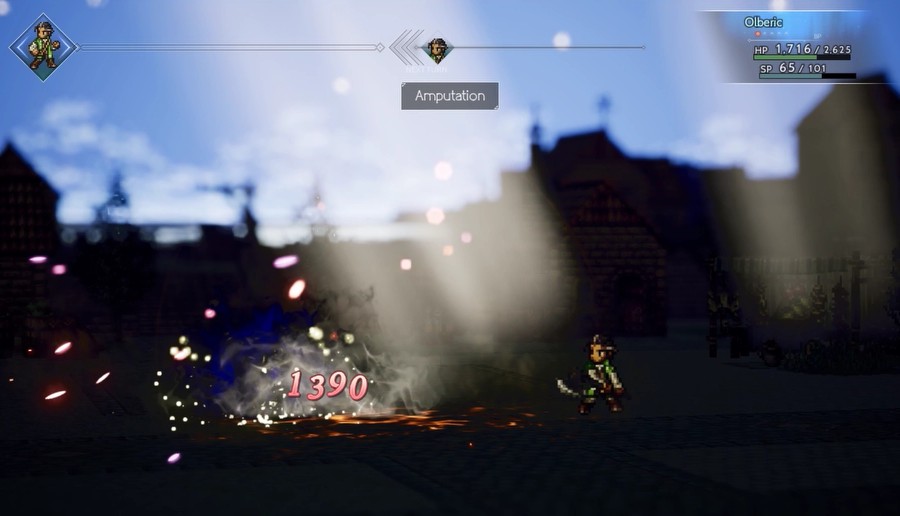 Anyway he gets beat up easily. 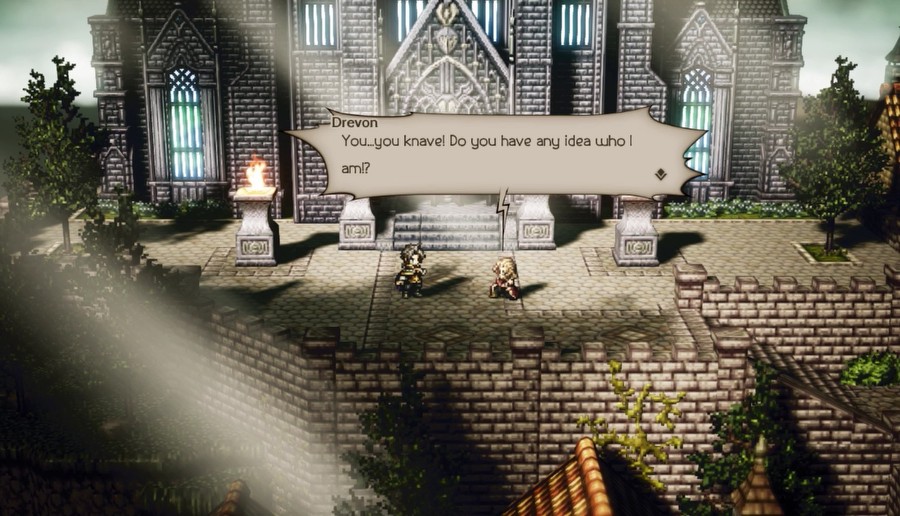 I am a noble! I have resources at my command that you cannot even imagine! I even have my own troupe of bandits at my comm... Ah. 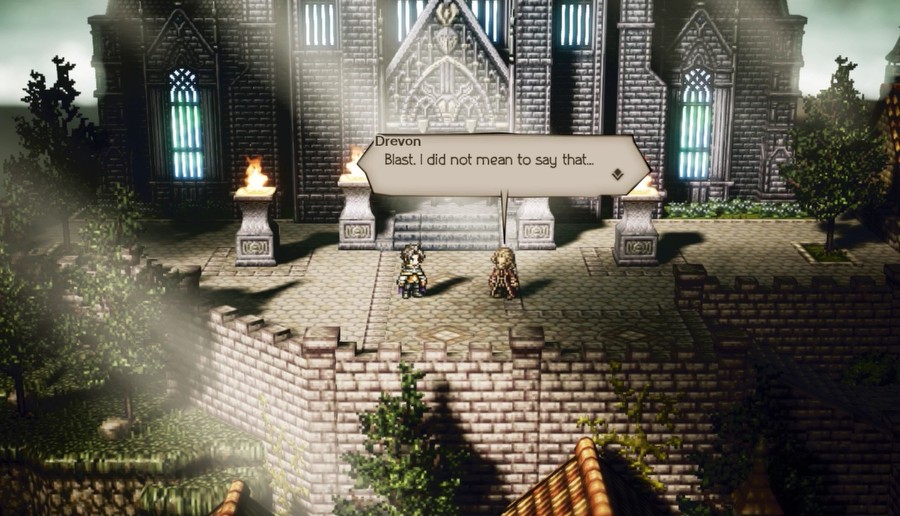 It's endearing at just how bad this guy is at keeping his bandit army secret. 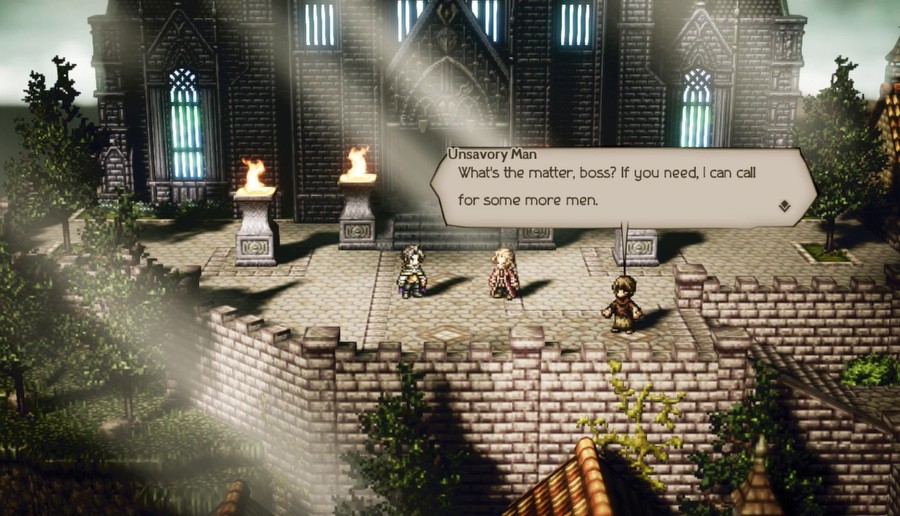 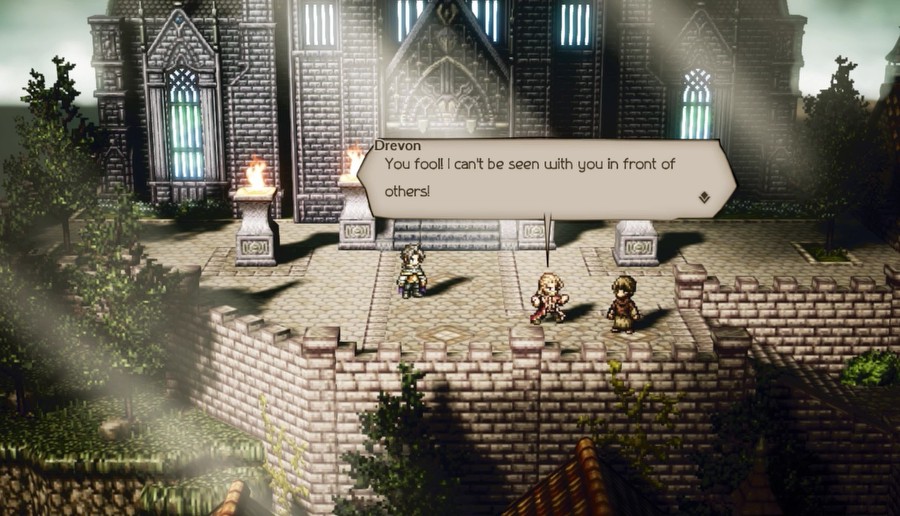 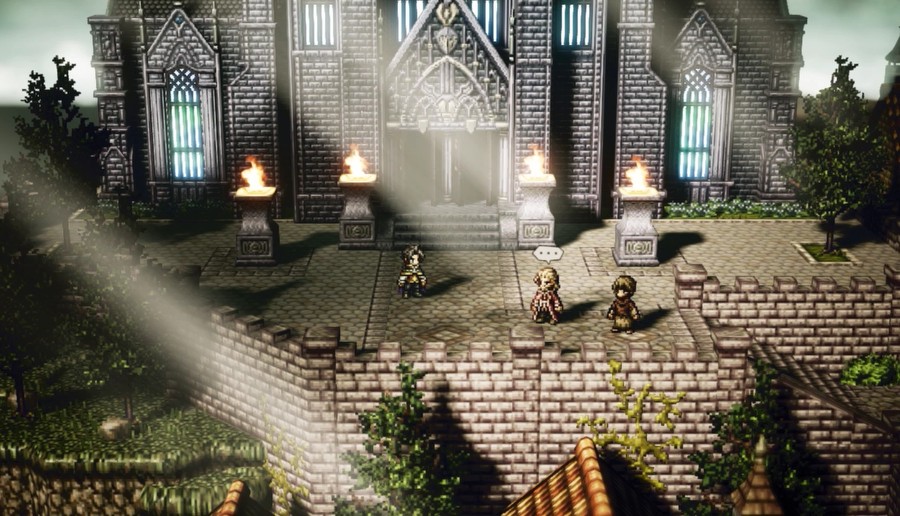 He's just so bad at keeping this secret. 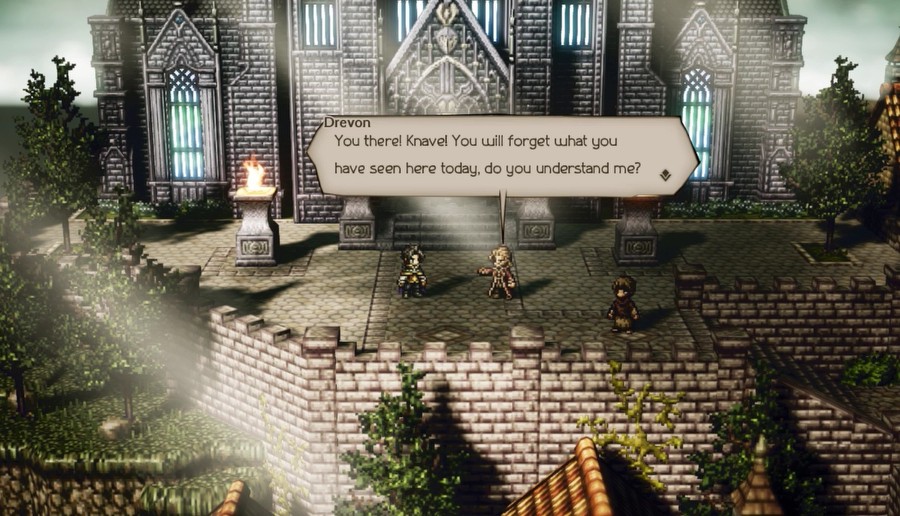 I-I give my word that I will break all ties with such villains and leave the merchants in peace from now on. 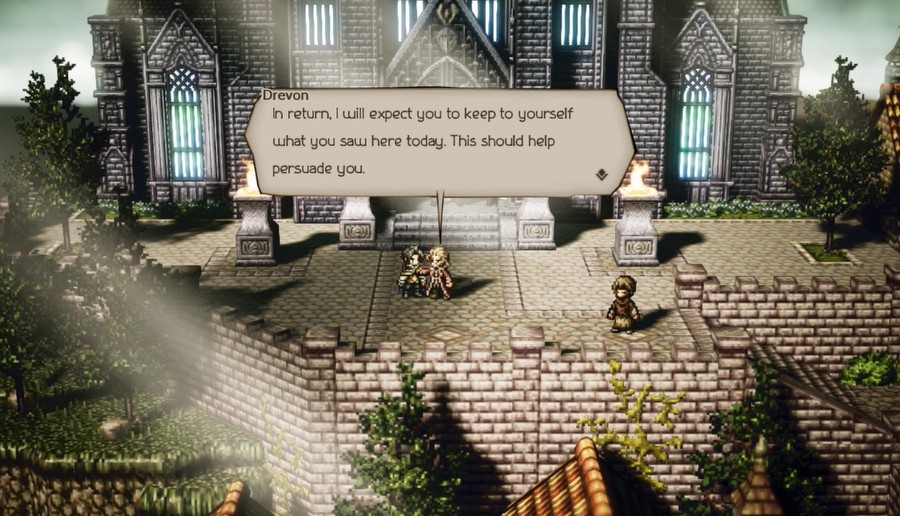 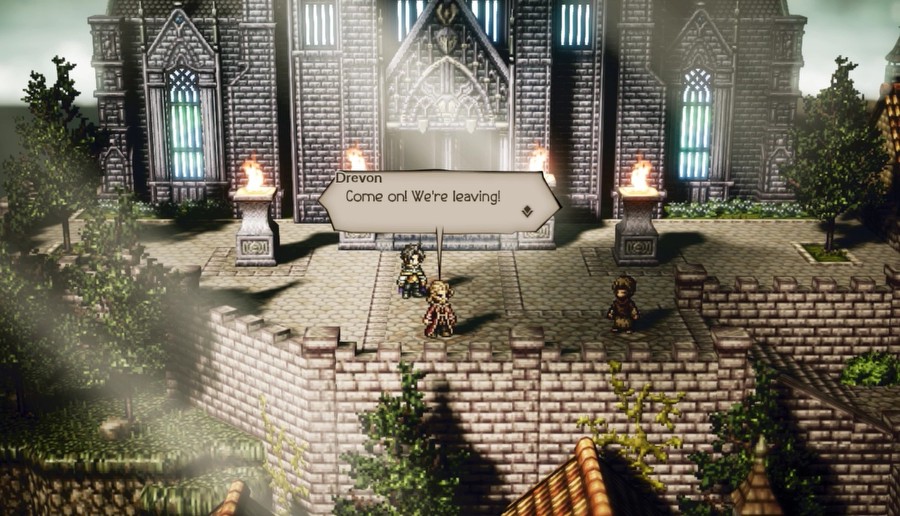 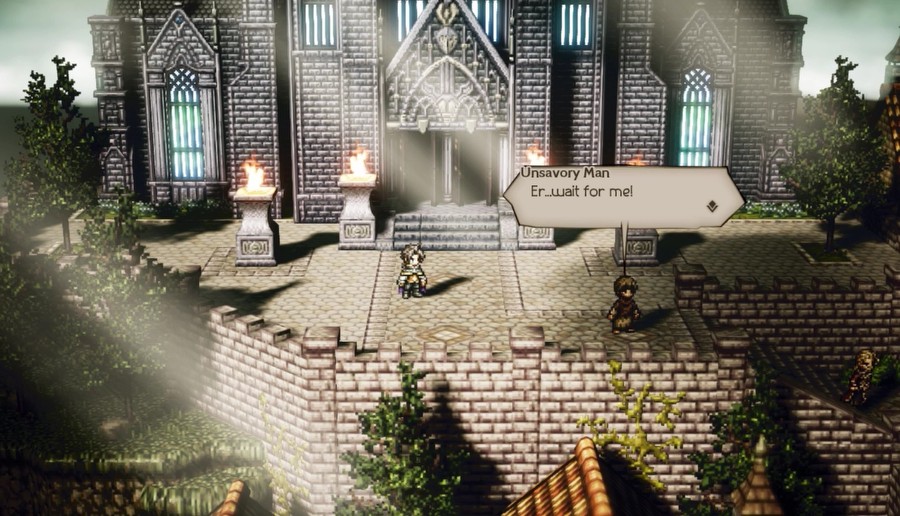 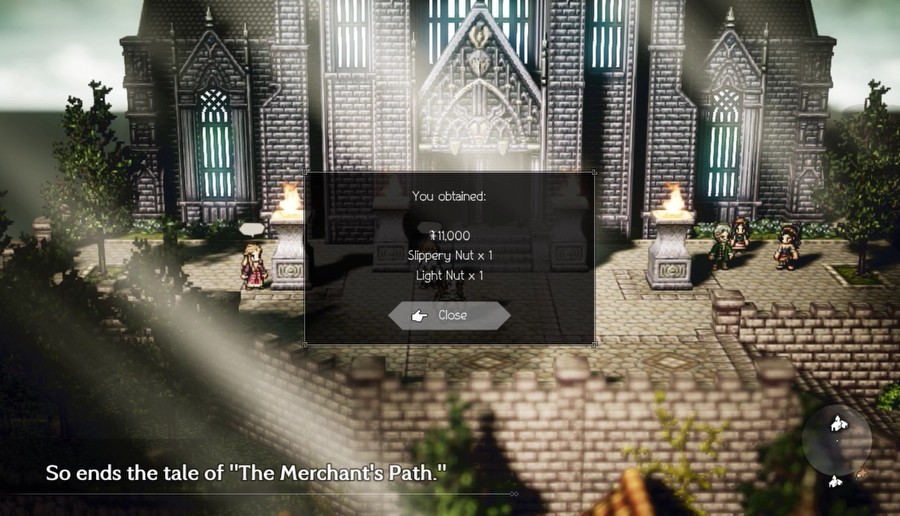 So...I guess we resolved this, somehow? Feels like this resolved itself, but whatever, I'll take the victory. 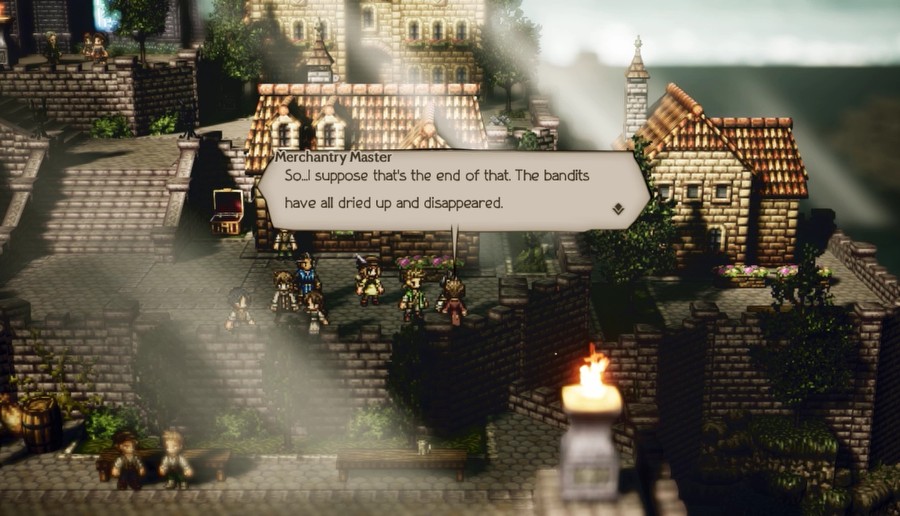 Things have really settled down now. We've been able to resume business at its usual clip.

At least things worked out! Until next time!