39. Ending: What the Prophet Seeks

For this ending, you can get it from the moment Lavos descends in 65,000,000 BC and destroys the Tyrano Castle, all the way until you confront Lavos in the Ocean Palace, except for the brief instance that Memory Lane is available instead. Note a different ending is achieved if you beat Lavos at the Ocean Palace itself, one I will show off much later. 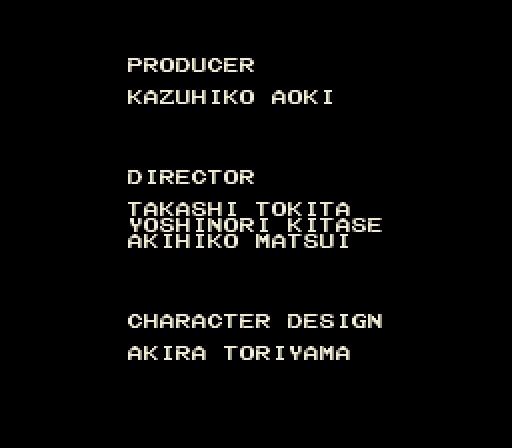 It starts off simple enough, with a starting credit scroll. Interestingly enough, Magus's Theme plays during this entire ending. 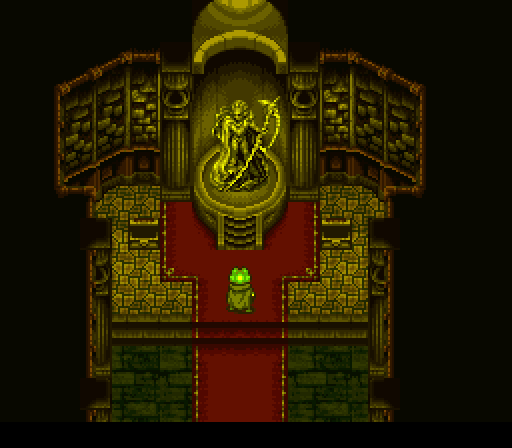 There's a lot of brief scenes that end in a freeze frame. Frog reflects on a Magus that he assumes has been forever lost in the fabric of time. Remember that for this ending, we defeated Lavos without resolving Zeal. Thus, we never find out the Prophet was actually Magus. 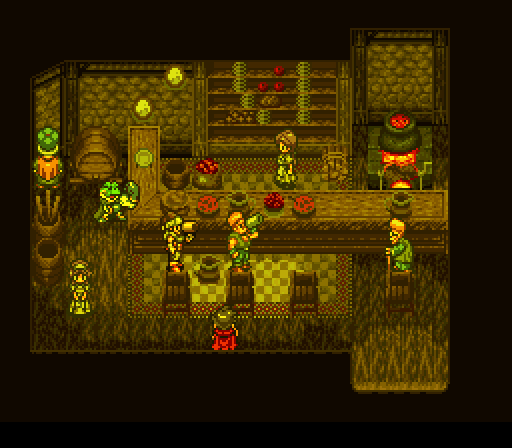 Frog gets accustomed to his new life, now that the war is over and his mortal enemy seemingly gone forever. 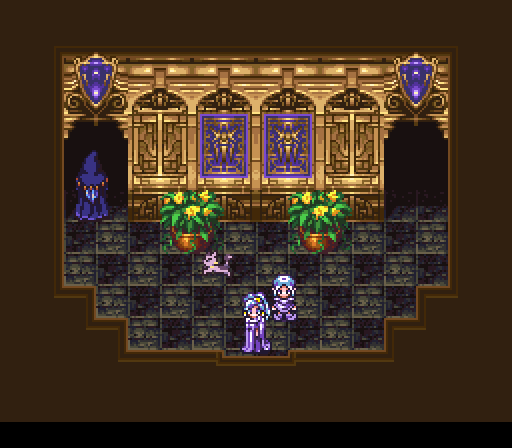 From there, the Prophet decides to make his way into the Ocean Palace, alone.

Obviously Crono's still alive for this ending. Also Lucca's working on some sort of Nu robot...? 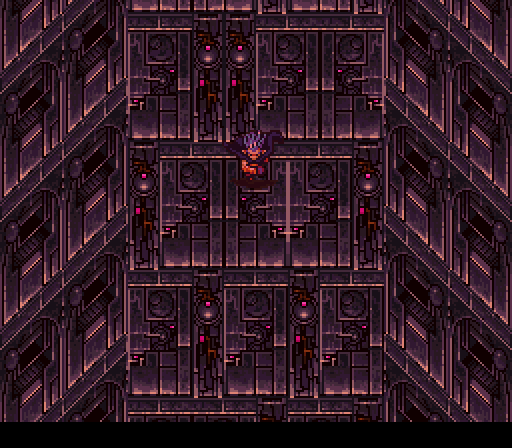 Too GIF intensive to show off Magus surfing down the elevator room, so you'll have to watch the video to see such badassedness in action.

Lucca can't cook, and Robo discovers the magic of cats. 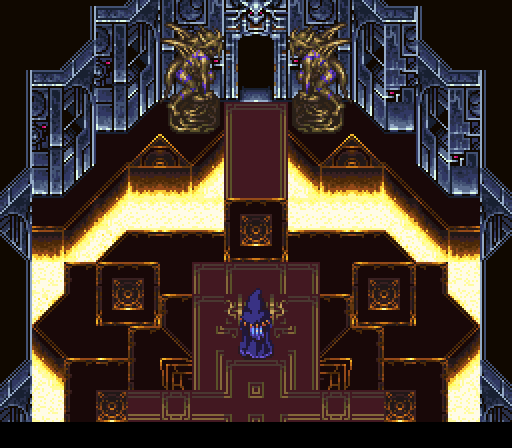 And eventually, the Prophet makes his way to Lavos... 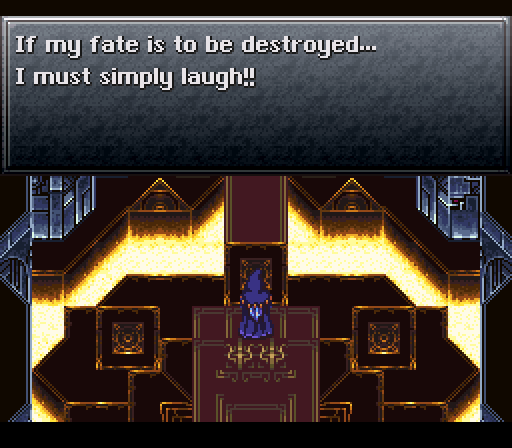 It seems the Prophet has given up on everything beyond his one singular goal... 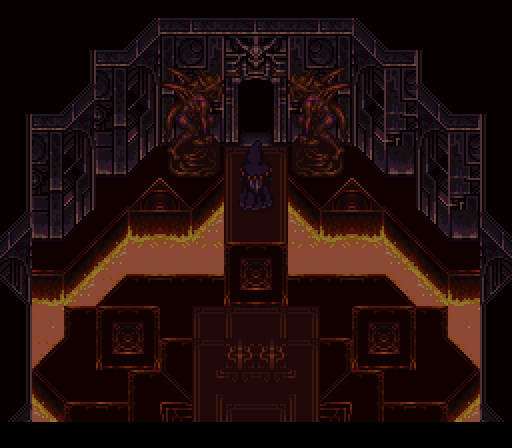 Of course, it's ambiguous whether Magus succeeds in his goal, but considering that he initially disappears in 600AD after confronting Lavos, that he lost to Lavos in the Ocean Palace, and that the fall of Zeal is inevitable, I have my doubts he will win this time... But even if Magus failed, at least we succeeded.