A fun combination of Minesweeper and Picross with an infinite amount of puzzles to access.

This post was originally posted on the Something Awful forums.


After being disappointed by the Nonogram Prophecy game, I ended up grabbing Minesweeper Genius, and after playing about fifteen minutes of it I want to recommend it.

Minesweeper Genius is basically Minesweeper + Picross (the game says there's also elements of Sudoku, but I don't really see it). 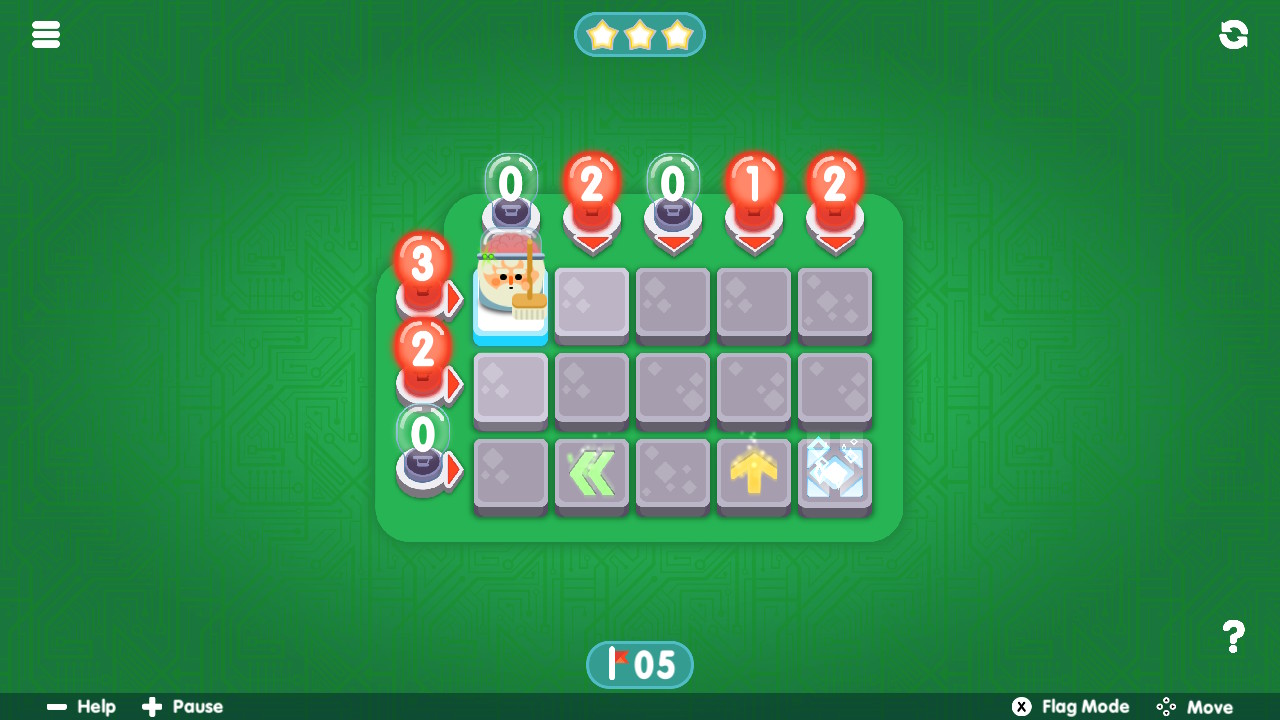 The idea is to find the path to the goal and move your character there. The lightbulbs show how many mines there are in each line/column, and you have three attempts per puzzle (with the game helpfully showing an exposed mine if you die). 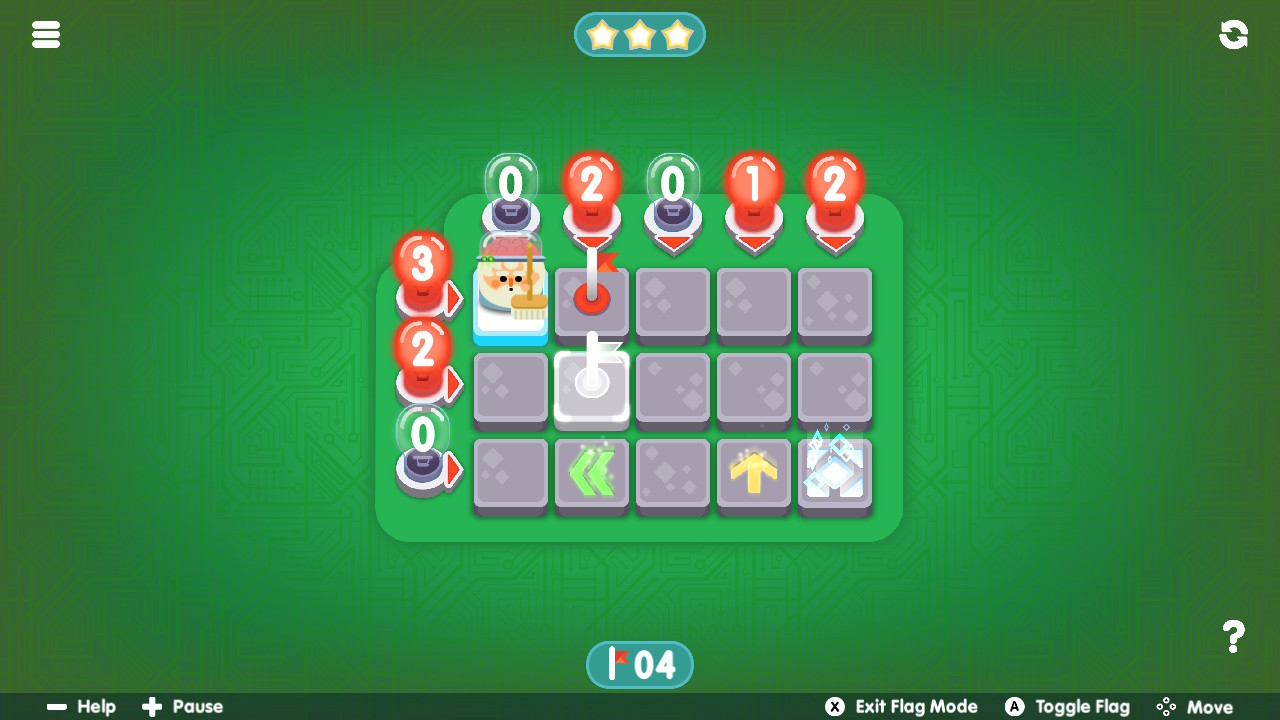 The game's description brags about it not requiring any luck and being able to be solved with pure logic, and in my limited playtime so far it seems to be true. You can plant flags where you think the mines are, and it'll tell you outright how many mines are in the puzzle. 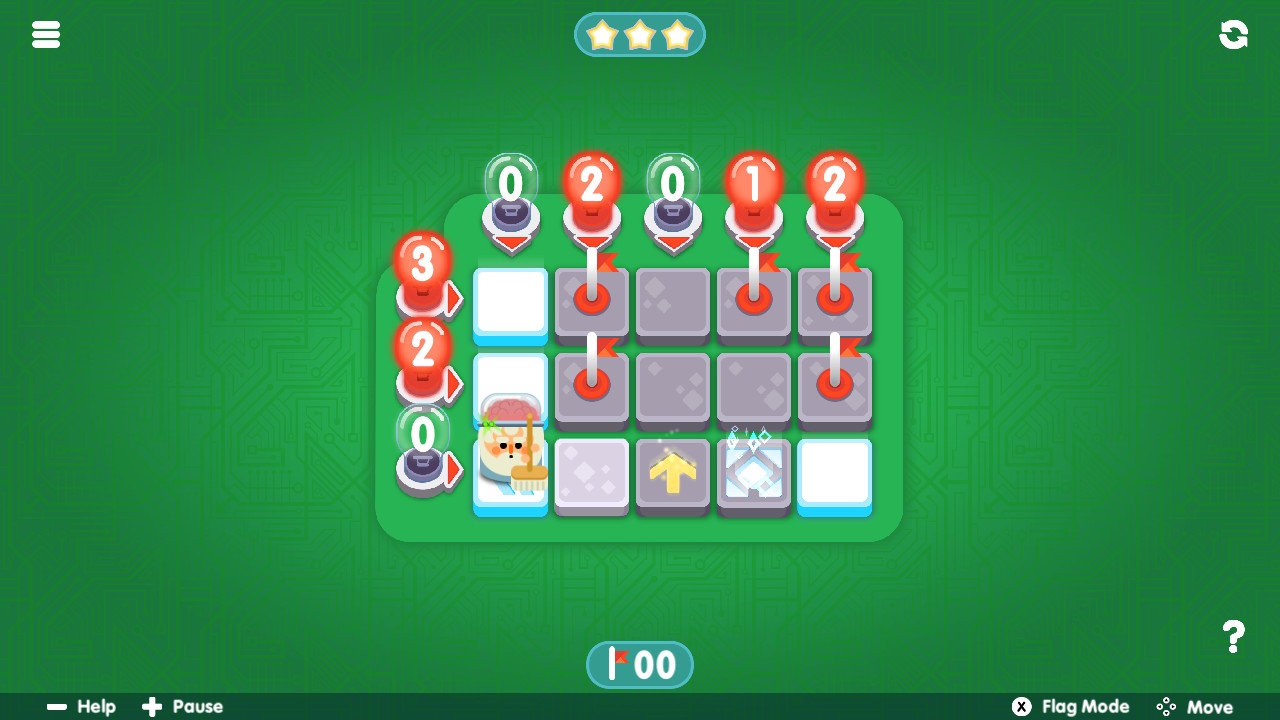 You can't go back to a square you've been to, and there are special squares that do things (green arrows move the squares in that line/column one space in that direction, yellow arrows make you leap over a square, and so on). It looks like you'll cross over every non-mine square to get to the goal.

What's really cool is if you wipe or decide you want to go for a no-death run, the "puzzle" for each stage of the campaign will be different, so if I refreshed the puzzle for this stage it'll be different than the one I just showed you. It's a really nice touch where you can't just cheese each puzzle by playing through it twice, but you can still earn that no-death victory if you mess up the first time. 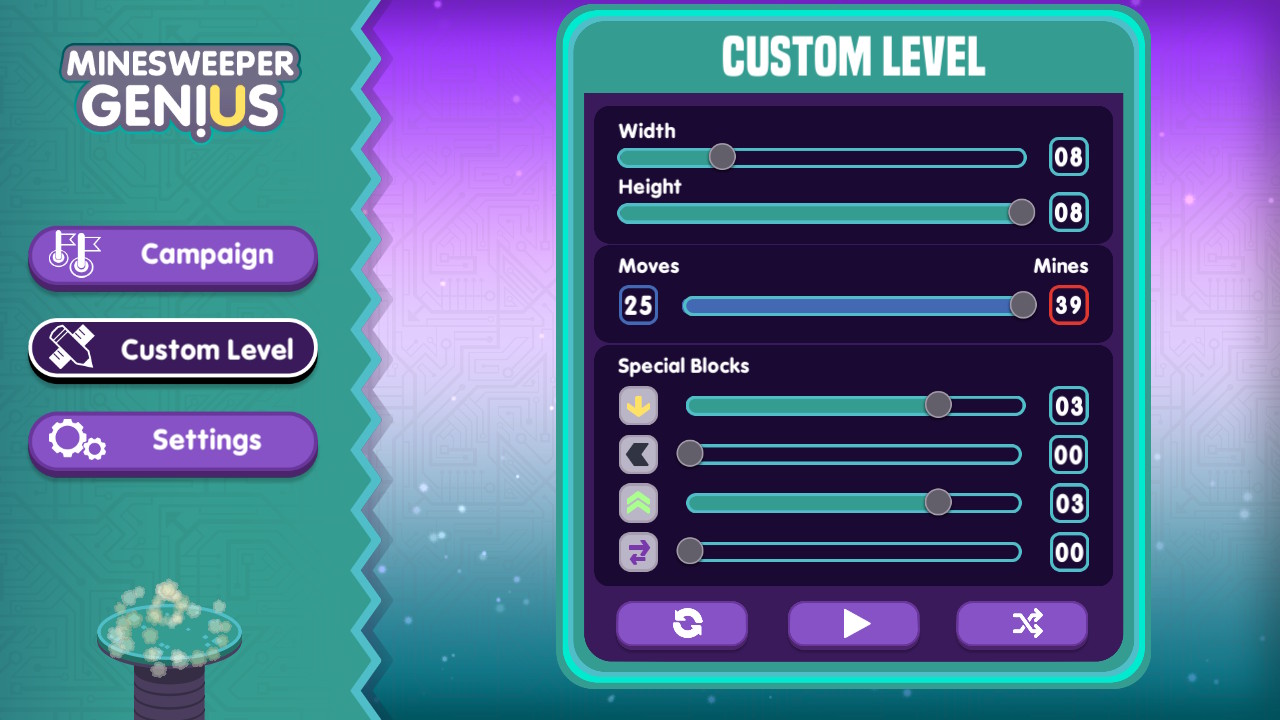 Other than the Campaign and a sparse Settings menu, the game's description boasts unlimited levels, which is where the Custom Level comes in. There's not a lot to it, but you can set the width and height and what special blocks you want, and you'll get an appropriate puzzle. 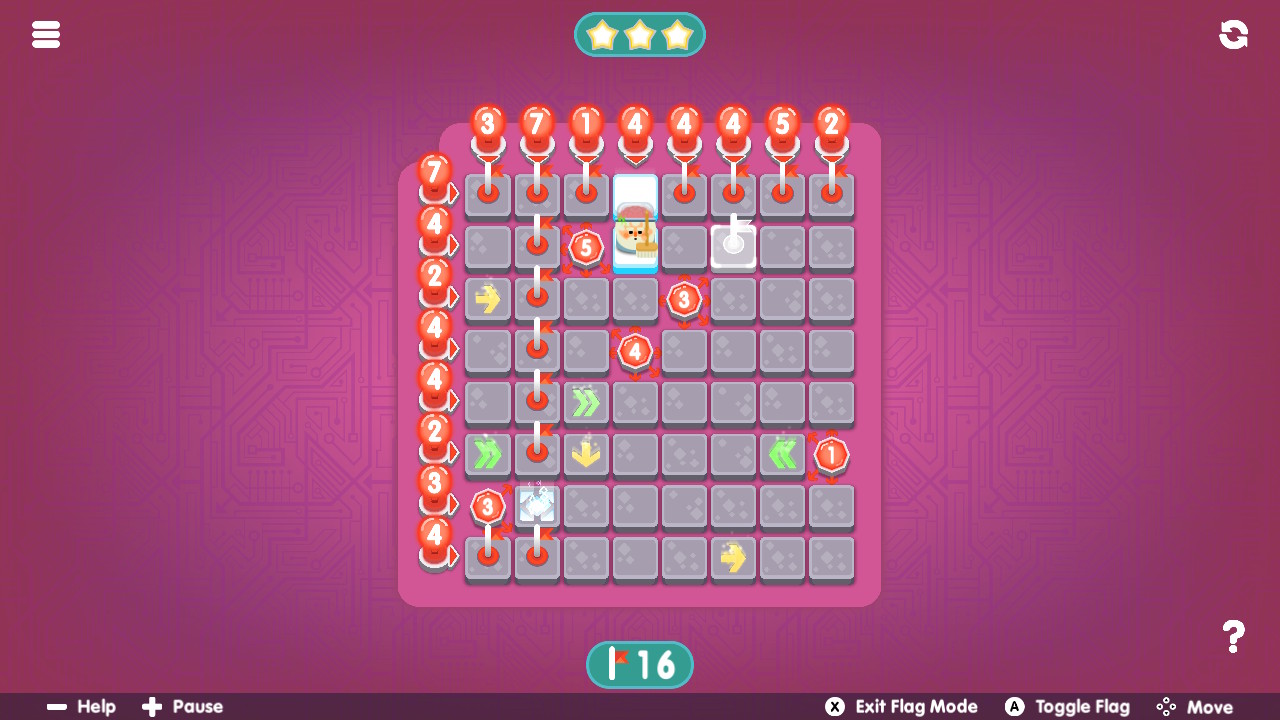 And there's the puzzle I just created! 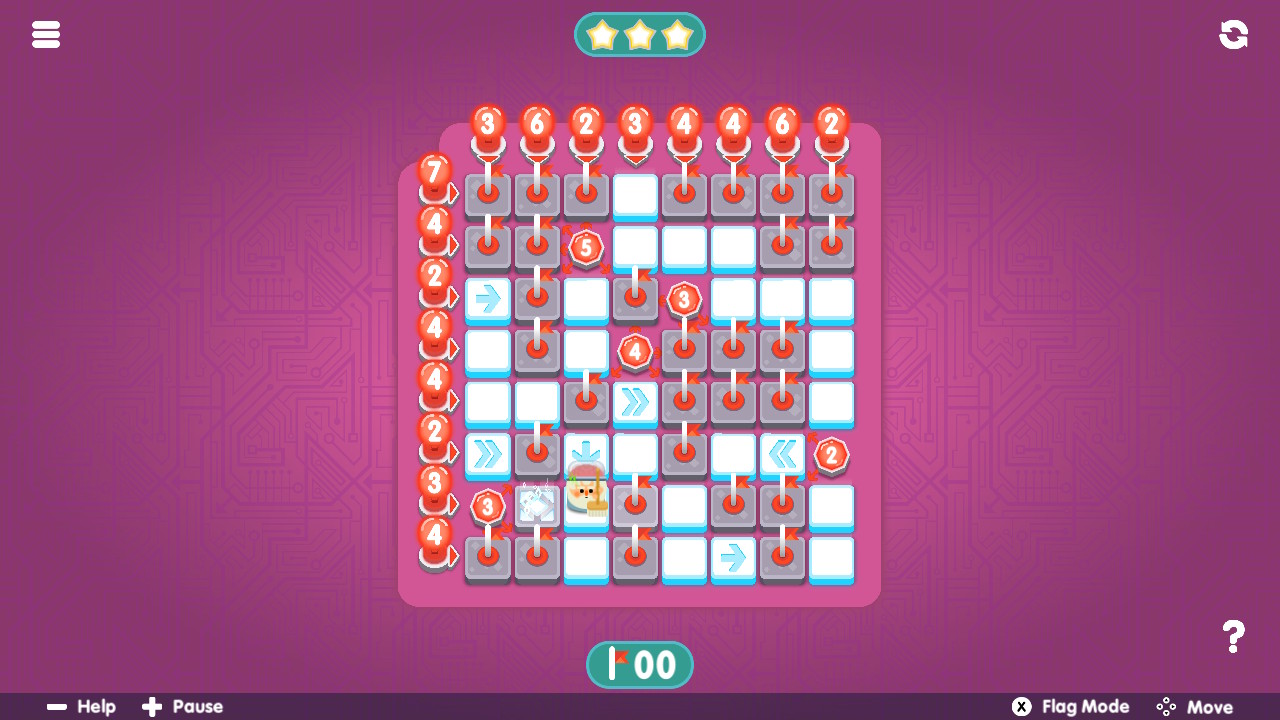 It took me several minutes to figure out, but I made it with no deaths and enjoyed it overall. This game's idea of infinite replayability may not appeal to everyone since it's a basic randomizer, but it's nice to have the option.

I don't know how long the campaign itself is, though after two worlds of ten levels each (the first being a tutorial), I already see a branching path, so there's probably a good bit (and again, the actual levels seem to be randomized, so you could do the campaign again and get different levels). And this is all only $6 and to me seems very much worth it considering the thought the devs put into this (though I got it for half-off the night before, so if you're really cheap you can probably wait for a sale), so if this sounds at all interesting to you I highly recommend giving it a shot.