Today I'm going to talk about Frost, a deckbuilder with an emphasis on resource management and dealing with the pressure of time.

This post was originally posted on the Something Awful forums. 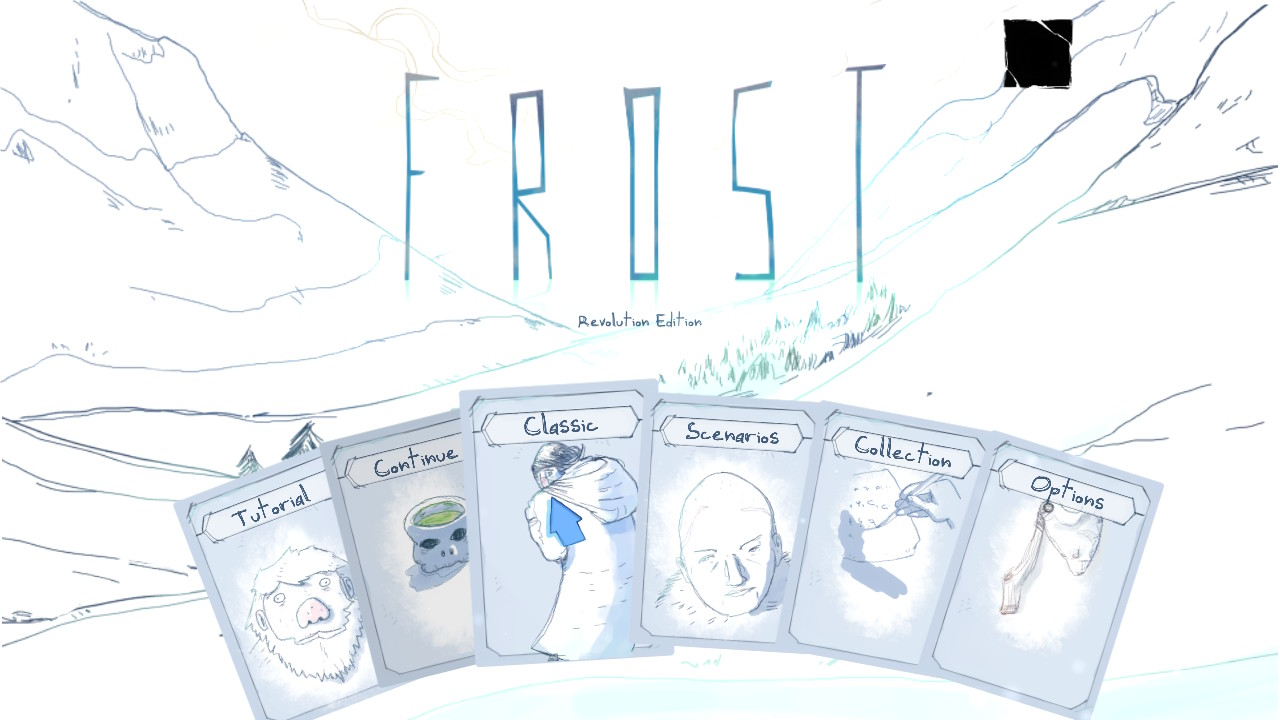 It starts off pretty bare bones, but as you play you unlock multiple modes of play as well as multiple scenarios with different characters and powers. 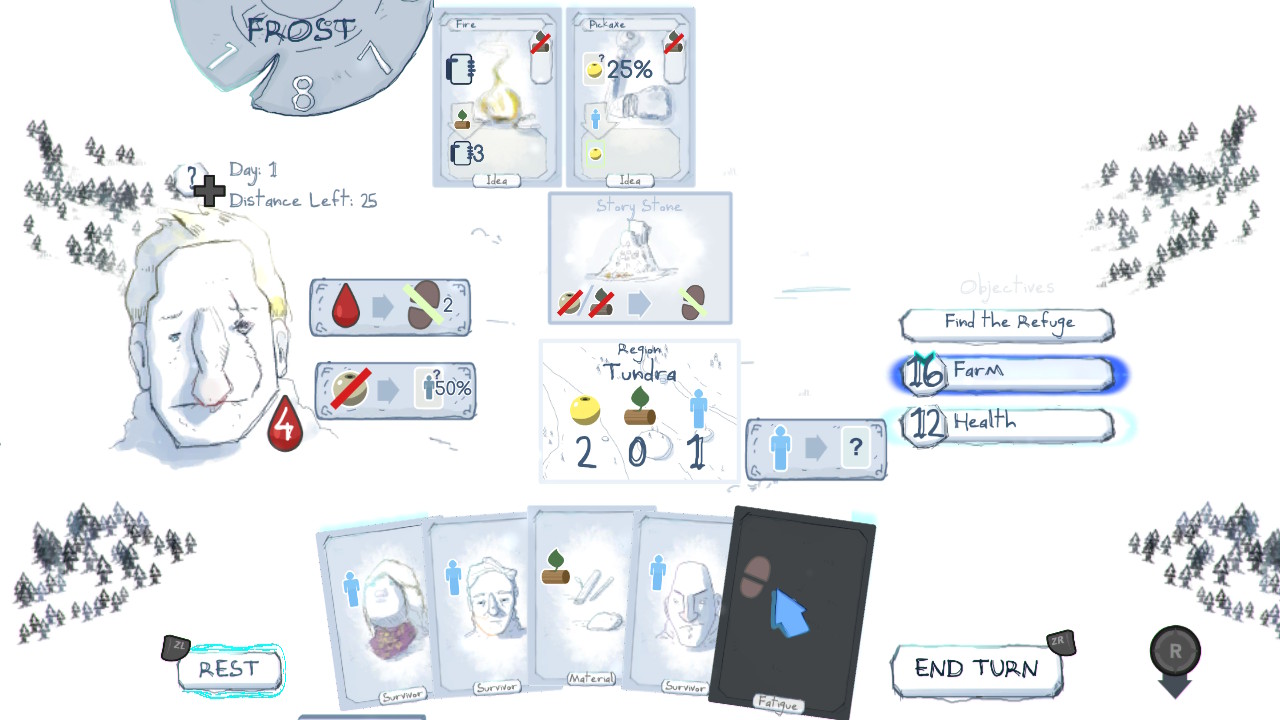 The gameplay loop is simple enough. You start with four survivors, two food, two material, and two fatigue cards. The goal is to travel a set amount of distance, though some modes might have alternate ways of victory. To travel, you have to dedicate your main resources (Survivors, Food, and Material) to the region card before you can move on. Fatigue cards are worthless and exist to clog your deck.

Survivors can also be used to gather more resource cards, including more Survivors, though they can also bring Fatigue cards and can even die sometimes if you're unlucky. 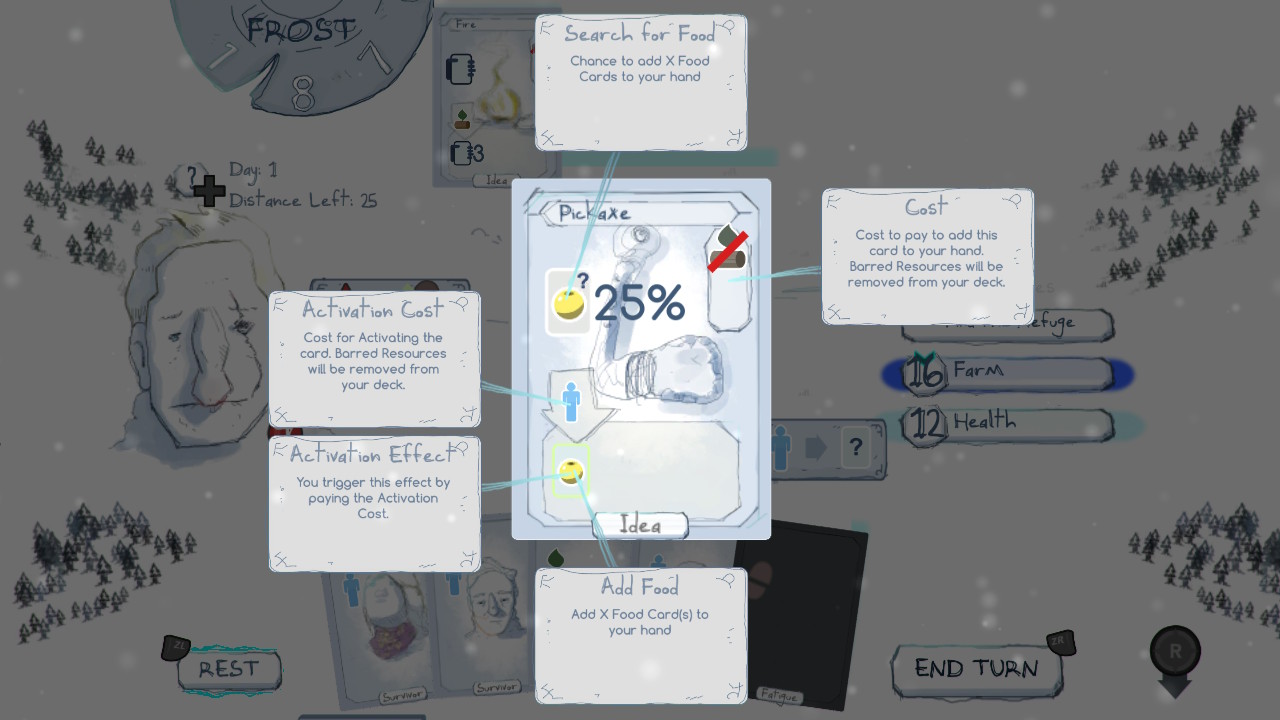 Up top are Idea cards, which can net you more resources, give you special resources like Attack or Speech to deal with certain event cards, or help you draw more cards. They cost resources, and if those resources have a slash, you lose that resource permanently. Some cards have a base effect if you use it normally (so in this case, a 1 in 4 chance of gaining a Food) as well as a special effect (for this one, discard a Survivor to guarantee a gained Food). You start with two available for purchase, and gain another each round until you travel.

The trick is, you start at eight Frost. If you hit 0, you die and lose. Every turn you remain in an area, the counter goes down one, though it also increases by one every time you travel (but not above eight). 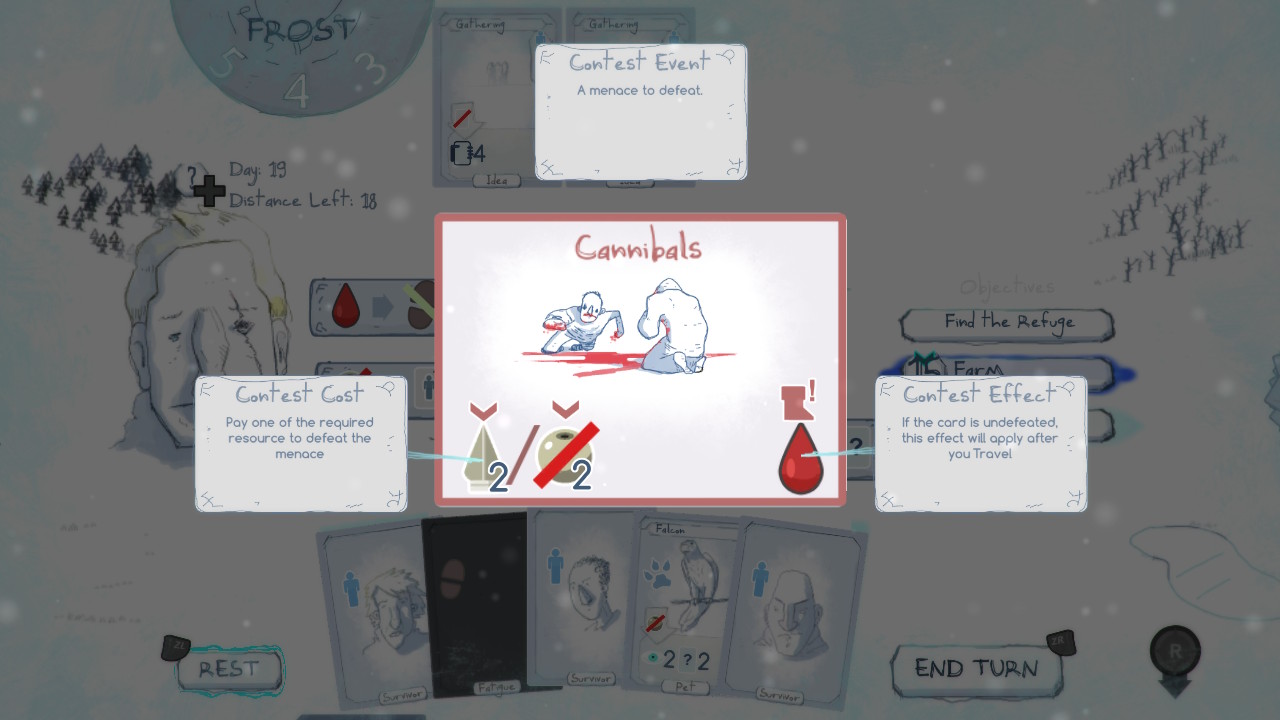 Thus there's a bit of risk/reward involved, as sometimes you might encounter Cannibals and are able to move to the next region yet cannot take care of them that turn. If you take the hit, you either lose a life point (you start at 4, and most characters can trade them for bonus effects) or kill a Survivor or Pet you may have in your hand. Or you might have to pass up on a good idea card to ensure you stay ahead of the Frost. 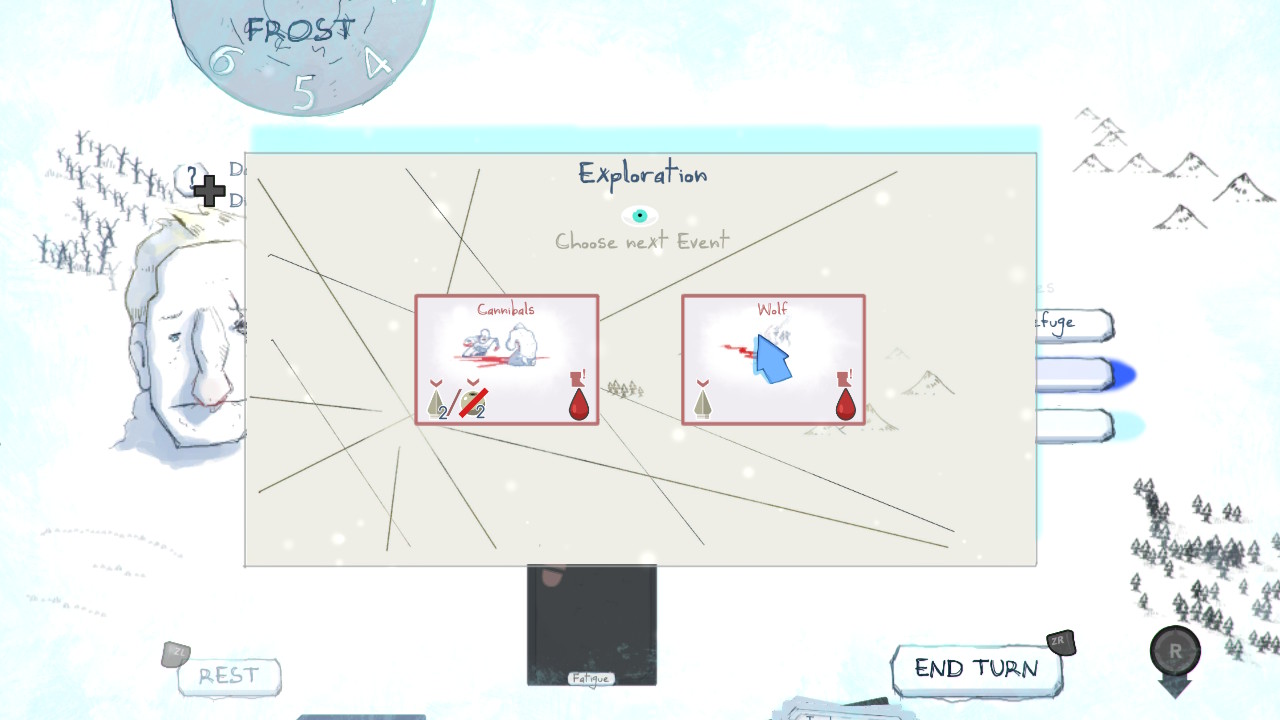 It can be difficult to maintain the right balance of resources, especially since you lose most of the ones you spend on idea cards. Materials, for example, aren't required to travel as often as Survivors or especially Food, but they're also the one you'll most likely be short of due to so many idea cards costing those materials, not to mention effects like the Torch that let you choose one of two cards to encounter by trashing one Material card.

It also has a very slow drip feed of content as you go, which will either help replayability or possibly turn you off. You unlock more idea and event cards as you play, and eventually you unlock scenarios, where beating those scenarios unlocks those characters' powers in Classic mode. Classic also lets you set criteria like how many objectives you must fulfill or how much distance you must travel, as well as an Endless mode. And that's just from the stuff I've unlocked so far!

If you want a more methodical deckbuilder that goes more towards adapting to your situation and making the best with what little you have, I recommend Frost. I've been having a blast since picking up the Indie Card Game Bundle several days ago, and I'll happily put more time in as I wait for more deckbuilders besides this and Slay the Spire to hit the eShop.