After nearly a year hiatus, Breaking Chrono Trigger is finally back, and even crazier than I could have anticipated!

I actually streamed this run, so if you're interested in live reactions and all that, here is a link to the full stream. I may stream more of these in the future, so stay on the lookout! 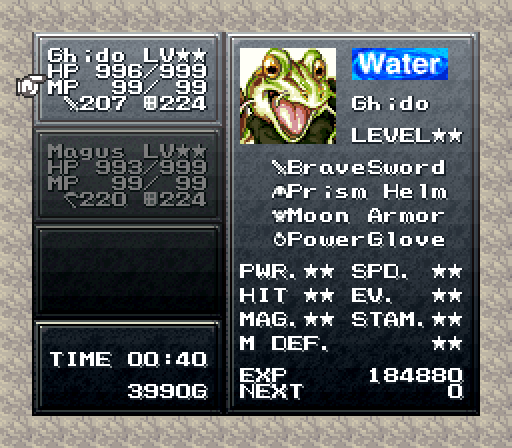 It may be hard to tell, but Magus is technically in the third slot here, with the second empty. At first, it seems the game can adjust to this, but...

...the game struggles with the positioning of character 3 when there is no character 2. 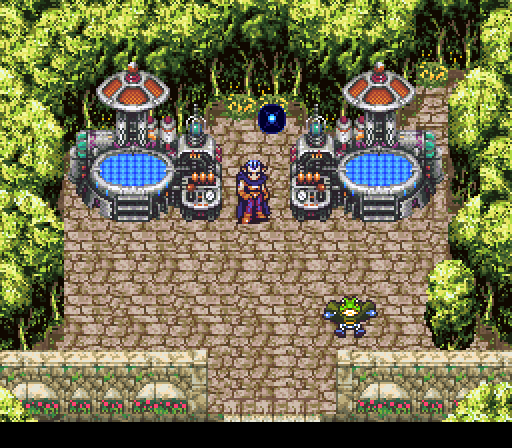 Likewise, character 3 refuses to follow along and kind of sulks in the corner. In retrospect, choosing Magus for character 3 was brilliant. 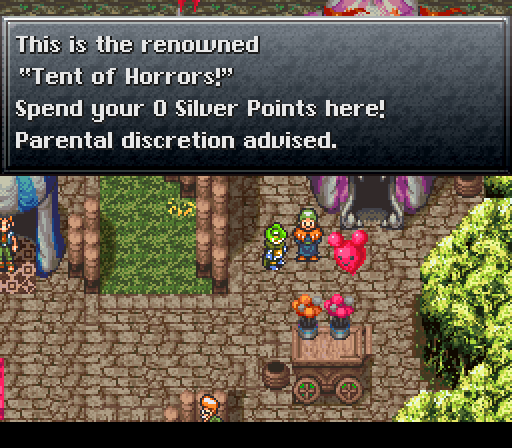 I had a thought. What happens if you do the 80-point Silver Point game, which lowers the character in slot 2 into the flames? 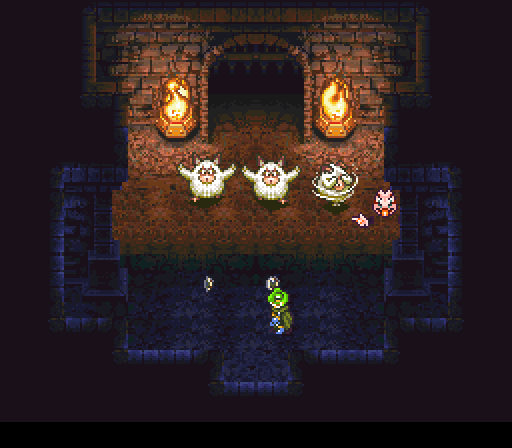 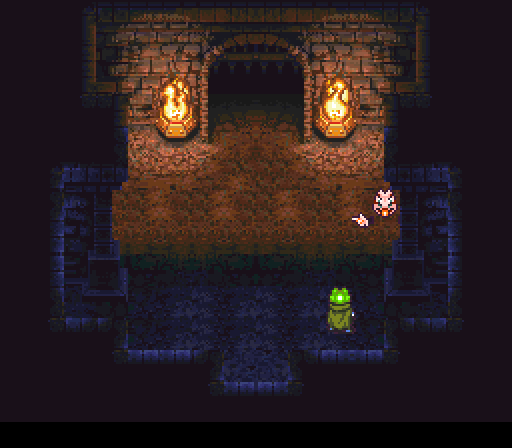 The game happens as normal, except of course there's no character being lowered in the flame, which also means no light you have to tag while hitting back the Kilawas. This makes the game easier to complete, though with the unfortunate side effect of the game soft-locking upon completion. Oh well, there has to be sacrifices somewhere! 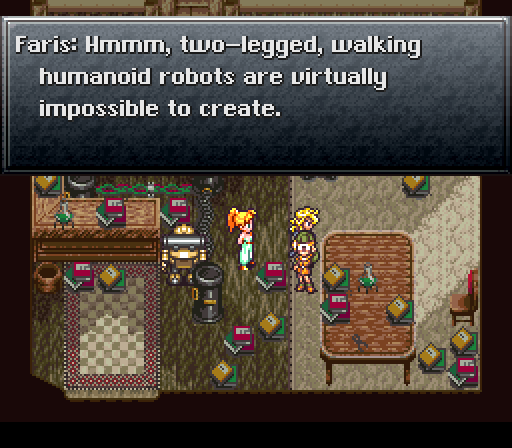 Anyway, we're back in 1000AD, ready to cause more havok. First off, what happens if we bring Lucca to meet Lucca? 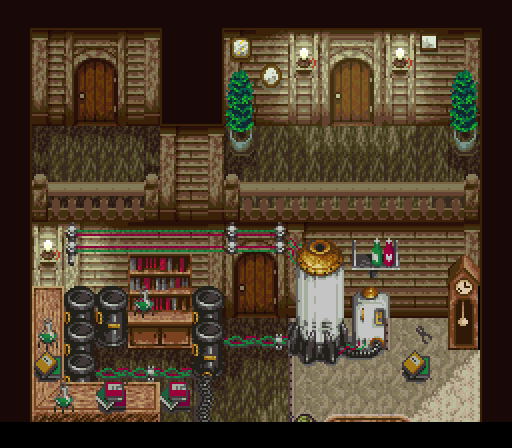 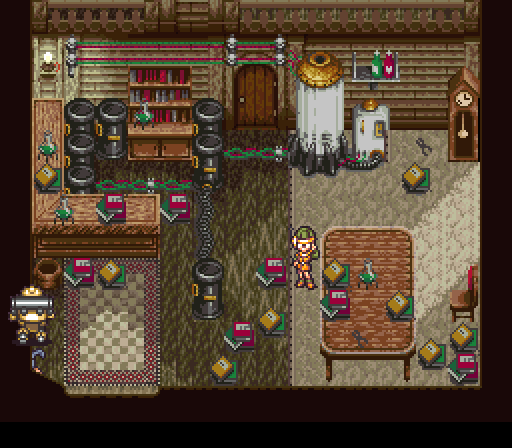 Nothing terribly exciting or new. We can move only north, and even if we swap out Lucca completely we're still stuck with the other characters running around in the bottom-left corner until you reset. 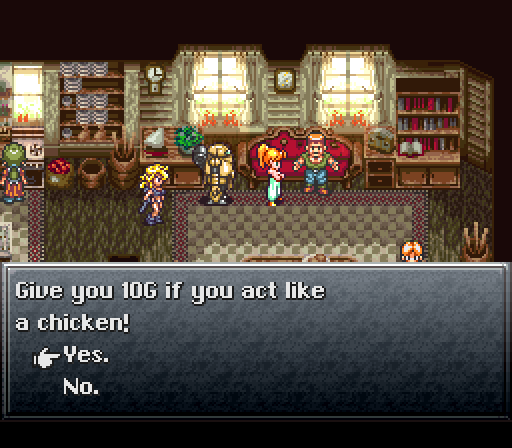 Another thought is something that's probably actually part of the base game that I'd never thought to check. 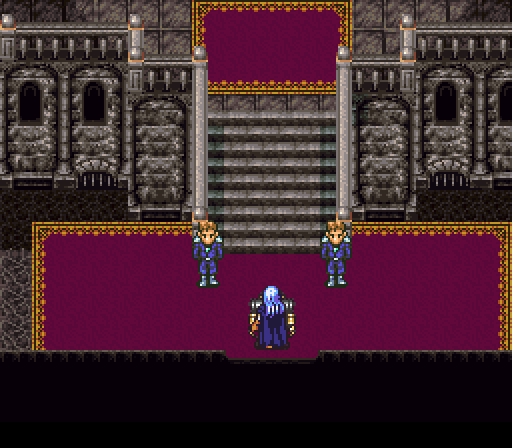 This is where the real meat of this update takes place. Everything you know about time and space will come into question during the course of this write-up.

The game will soft-lock without Marle around, so we need her to trigger this. However, we do not need Crono at all... 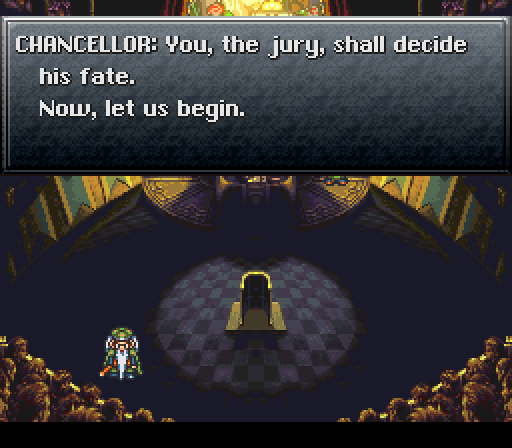 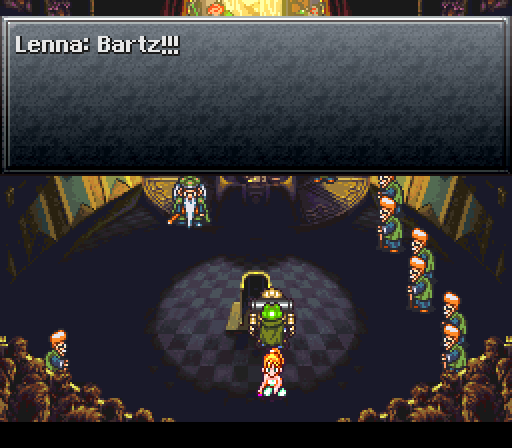 The game will just continue as normal, not even acknowledging that Crono's not there. Considering the game's rather strict sanity tests, I'm impressed we can do Crono's entire trial without Crono! 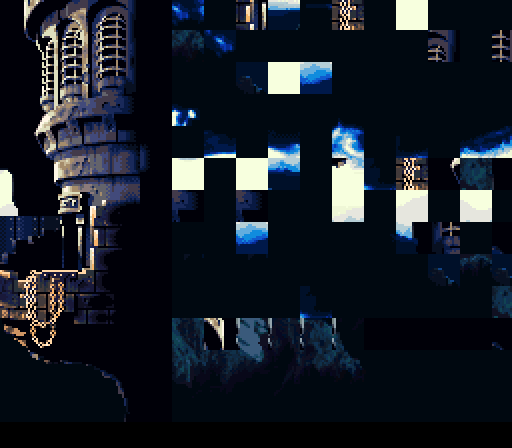 One important note, whenever Crono is in a pre-set cutscene during this entire sequence, the game allows full control of your party if Crono is not involved. So while not-Crono is being escorted to prison, your party can move as normal...

...all the way to the entrance of Guardia Castle. This triggers Marle's rejoining cutscene, letting you bypass the entire prison sequence. Of course, if Marle is in your party, the game freaks out over duplicate sprites and it ends up soft-locking, so make sure you take Marle out first!

However, that's not the only part you can keep control of your party...


You get full control within the flashback scene! From here, you can play the game semi-normally...


...with some audio glitches here and there.

If you're interested, I've recorded this entire segment here, though I'm showing all the highlights here. I appreciate the comedic timing of the fanfare music, at least.


You can travel back and forth in time during this flashback, and really all the usual stuff. The music just glitches out sometimes, no biggie. 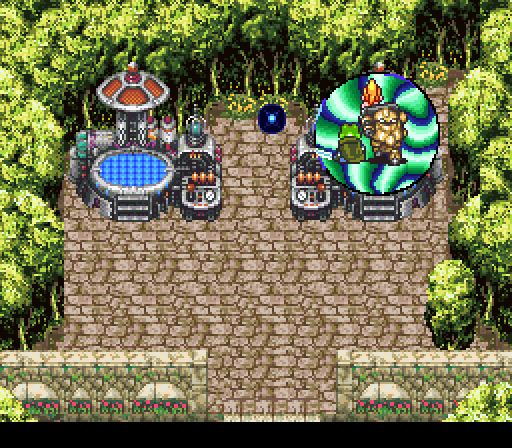 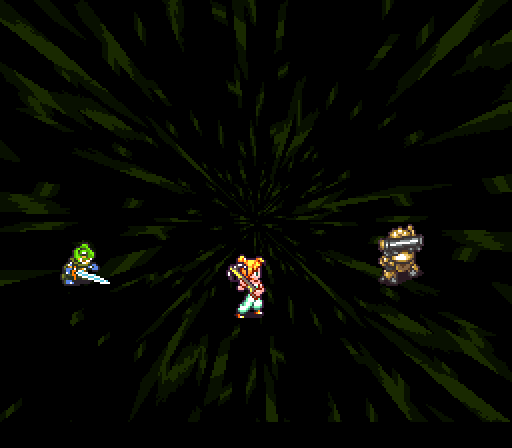 You can even defeat Lavos if you so desire! 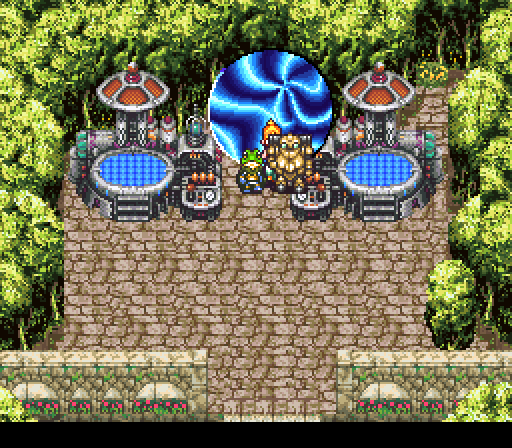 In this case, we trigger "The Successor of Guardia" ending, i.e. Leene marries Frog. That ending also starts off at the Guardia Fair, and then...

This flashback ends when you spend a set amount of time in the screen with Leene's Bell. It doesn't matter if you leave and come back, or had defeated Lavos in the meantime.

That said, I'll come back to this in the future and see what happens if you continue the game from there and then try to fight Lavos again. Hell, this flashback is probably worth its own update just for the sheer insanity of it all... 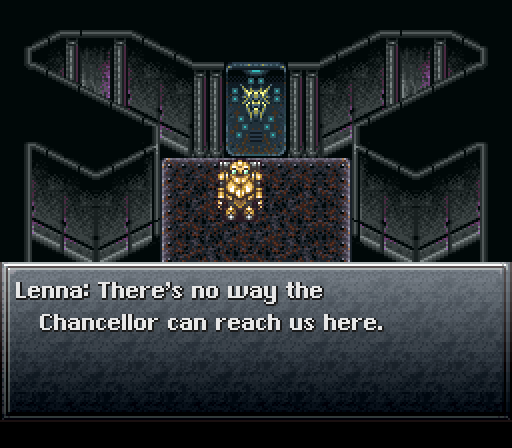 As an aside, if you go to the future after the events of 1000AD with a non-standard party, the scene plays as normal despite characters being missing. 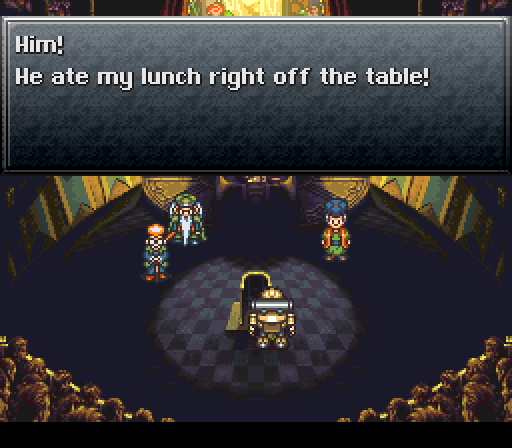 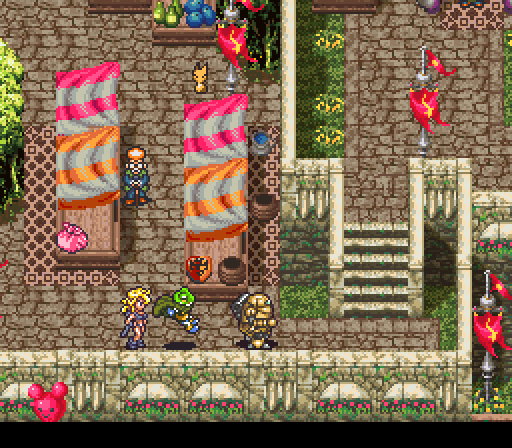 And you also get control during the "Eat the man's lunch" flashback, though since that one has a different ending trigger, if you leave and come back and eat the man's lunch, nothing happens and you're trapped in the flashbacks of a hungry old man.

I now want to see if you can eat the old man's lunch during the first flashback to see if it'll trigger the old man flashback, but that will likely have to wait for another day. I've already put this write-up off for nearly a year, after all! 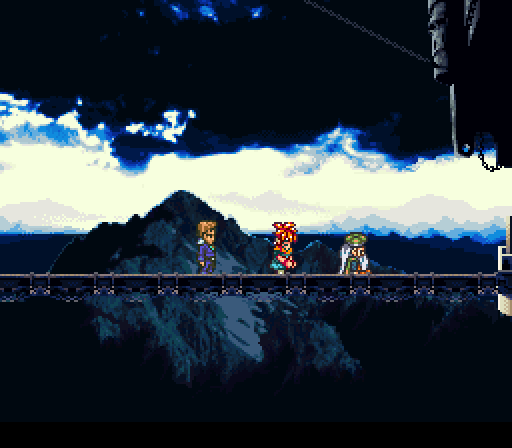 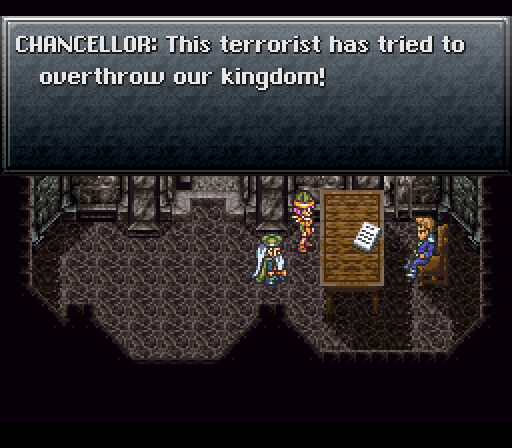 That said, there's more to the trial section than the actual trial! Removing Crono after his walk of shame will eventually soft-lock the game, as to be expected at this point. 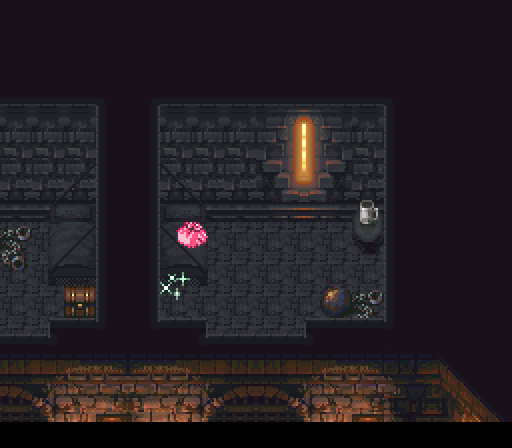 Removing Crono between him getting processed and his jailing leaves nobody. That said, time still passes, so...


You get a nice pan of the entire map before witnessing the final steps of nothingness for all eternity.

Now, what happens if you remove Crono while he's in the prison?


After the initial pan like the previous video, Crono decides to peace out, only to change his mind thirty seconds later and goes to his execution after all. 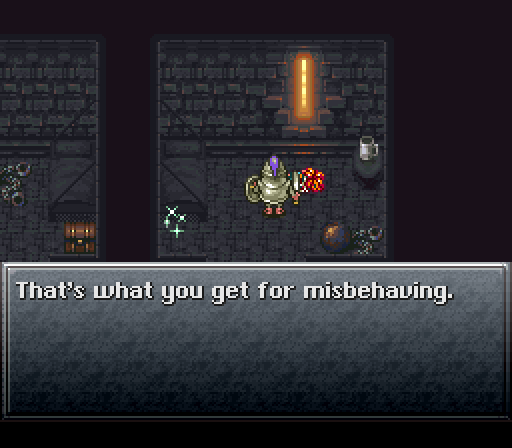 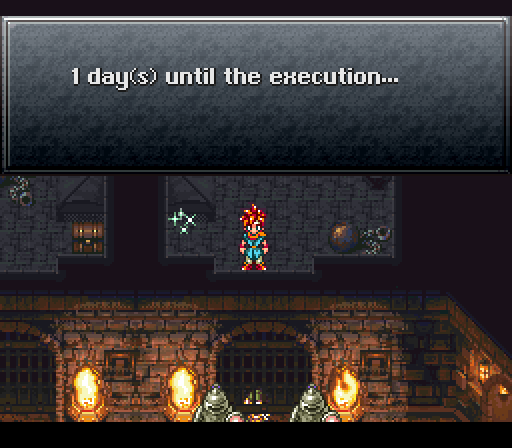 Since Lucca's available for this dungeon if you choose to die, she'll pop up if you add her to your party, though as expected she gets a bit glitchy. 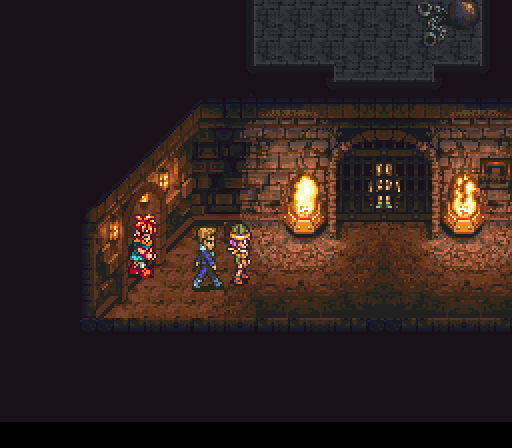 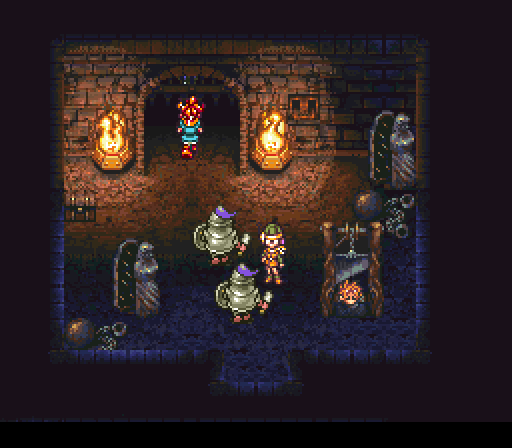 Indeed, Lucca is our spectre of death, watching over us as we make our death march, until...


How did they not notice the teenage science wizard right in front of them? These guys aren't great at their jobs... 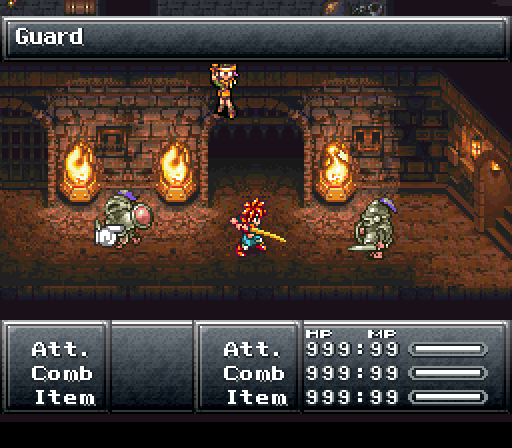 You can also just bust out, with Lucca joining you like she would the other route. It plays pretty much as normal beyond the weird graphical glitch for this one fight.

As usual, glitchiness occurs if the game loads a sprite already on-screen. At least this time, you can fix it by entering and exiting the menu, no soft-lock here! The Dragon Tank is nothing special. You need Lucca to trigger its appearance in the first place, you need Crono to actually destroy it, and the scene's still finicky enough to soft-lock if you don't set things just right. 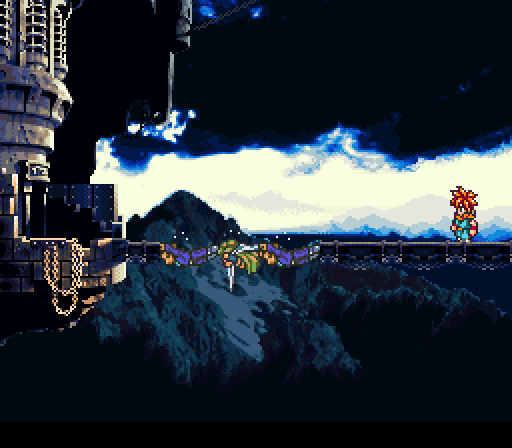