180. Side Story: Tilting at Windmills 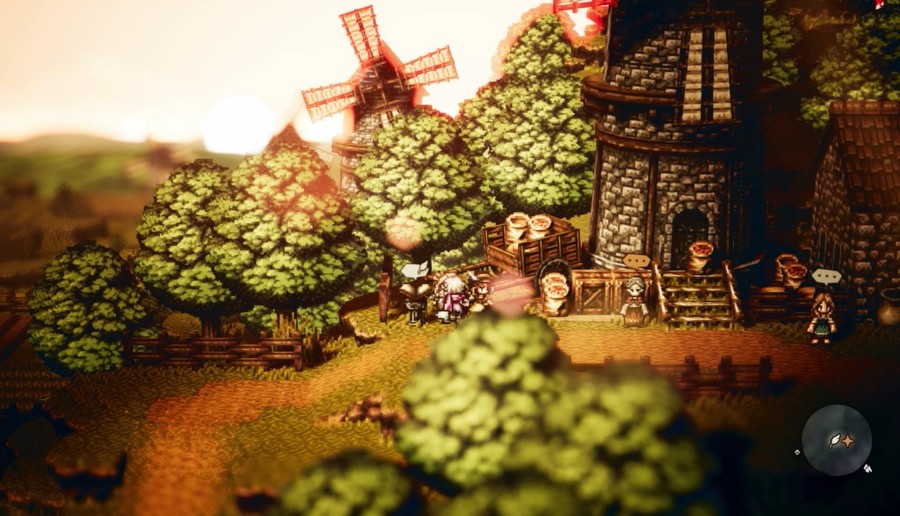 Here's our final two-path side story, and also the last side story for Chapter 4 (probably, I've seen it put into the post-game quests but it really doesn't fit in with those), though not the end of our Chapter 4 since we've got two older side stories to go.

Now that I've thoroughly confused you, let's get on with things. 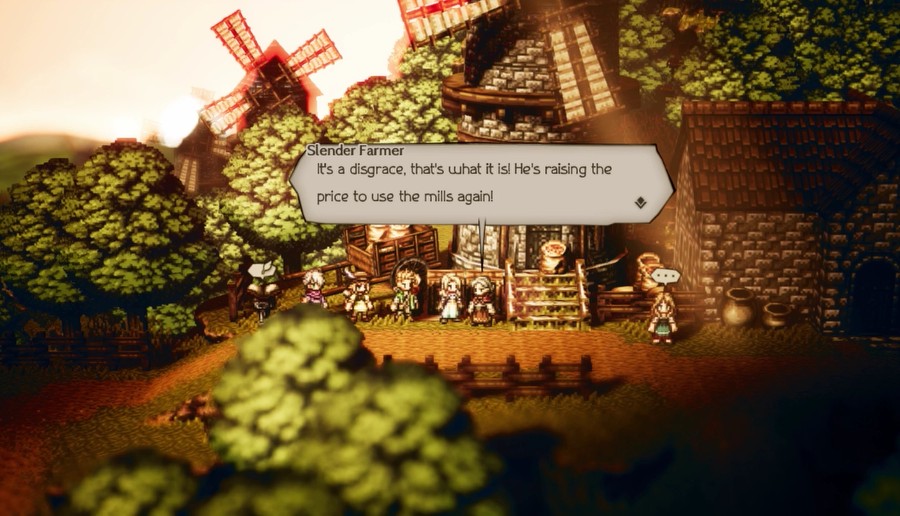 But it's not like I've got any choice. Can't mill my wheat without a windmill. So what am I supposed to do? 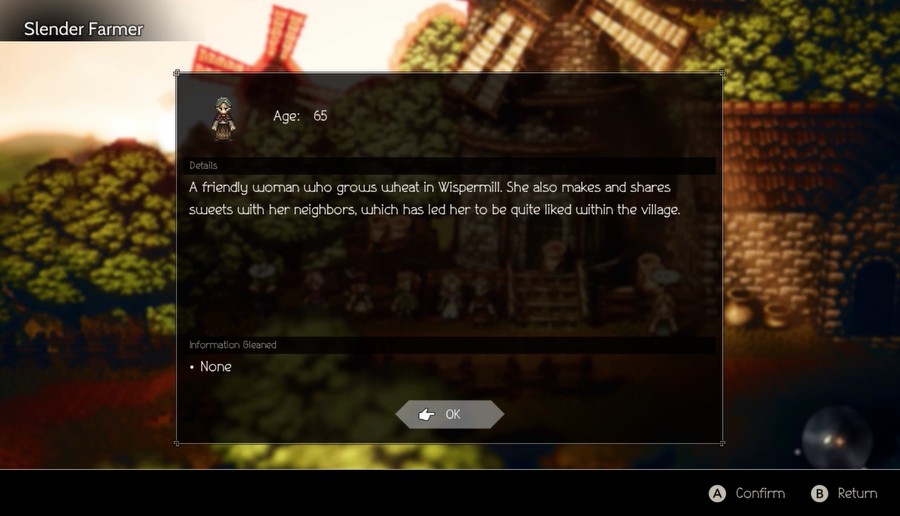 Simple enough task. We need to help this woman out with the rising costs of windmills. 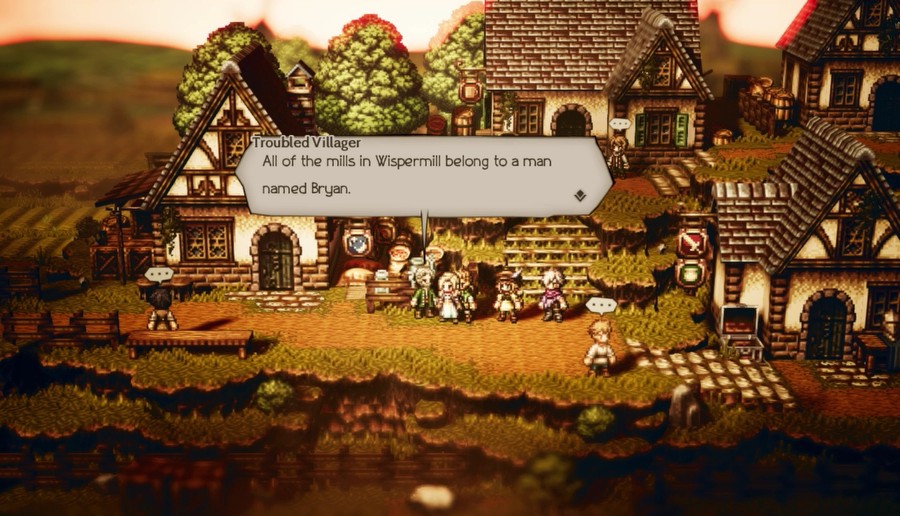 You want to know where to find Bryan? Probably won't find him anywhere in the village. He loves his drink, so he'll be off in some town big enough to have an alehouse or the like. 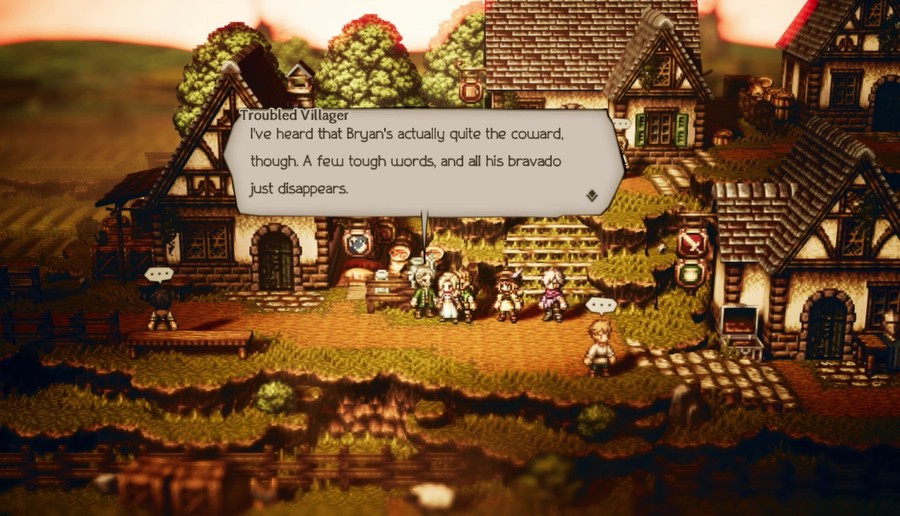 This man gives us a big hint on one way to resolve this. Of course, every town in this game has an alehouse, but perhaps we need to think big here... 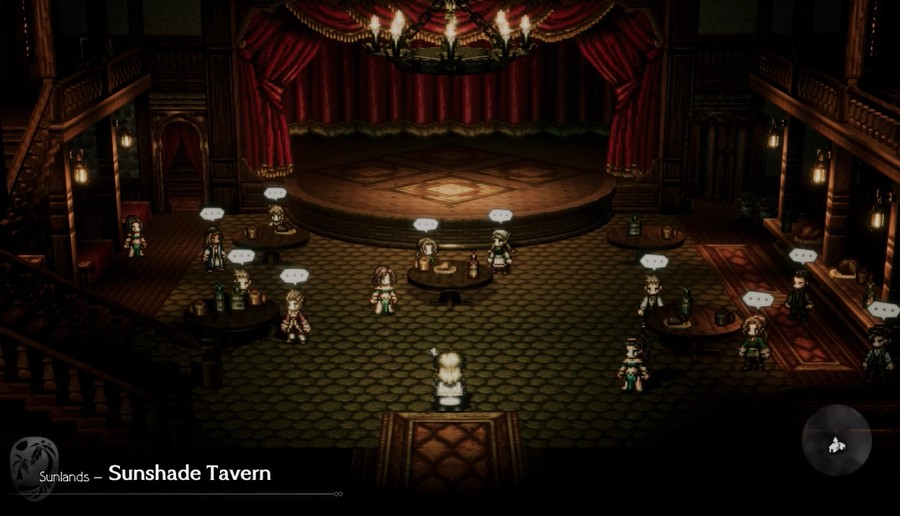 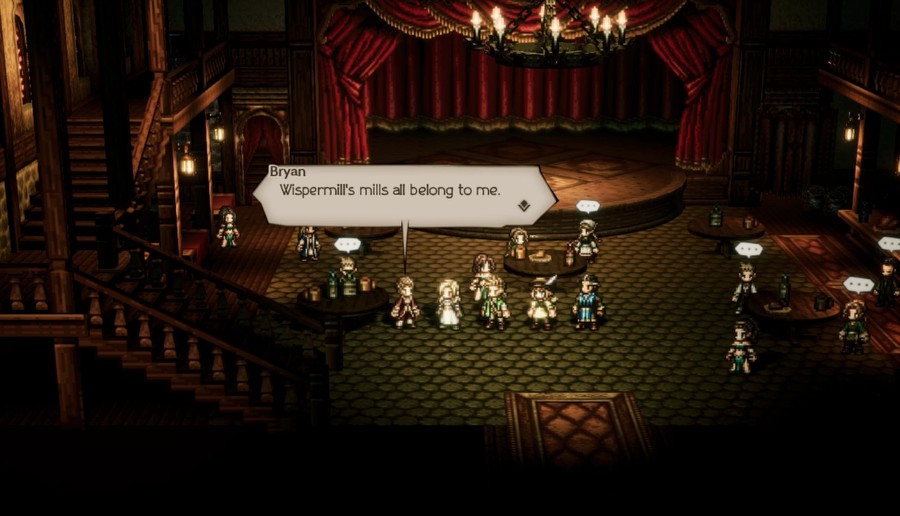 All you need for the mills to keep running is a bit of wind. They're surely one of man's greatest inventions. 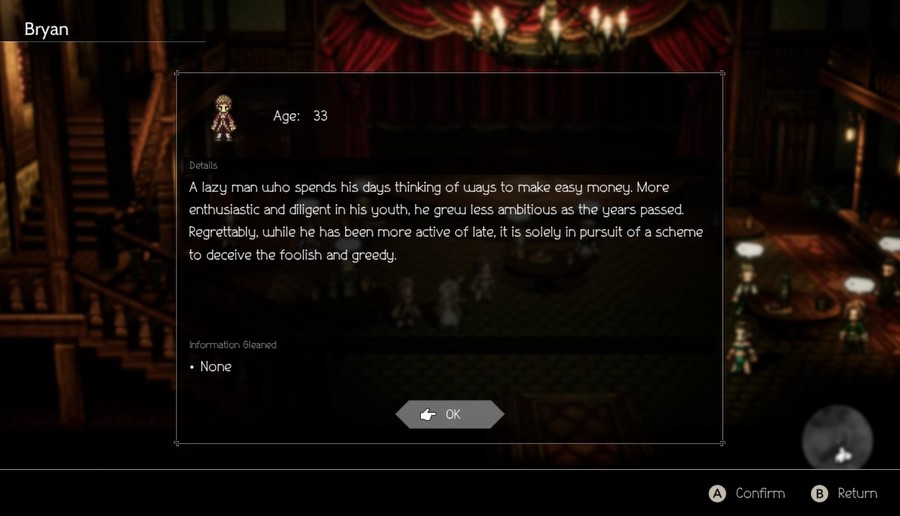 This is the guy who owns the titular mills of Wispermill, and thus the one who raised the prices. 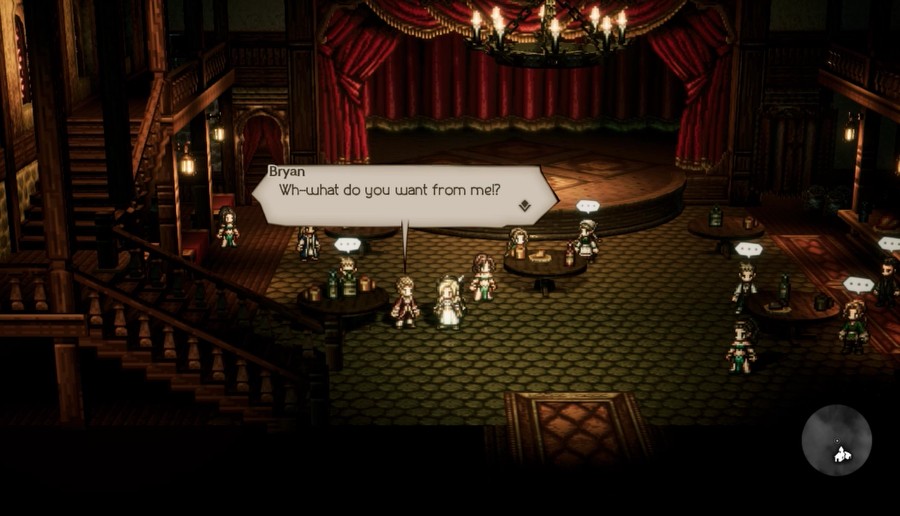 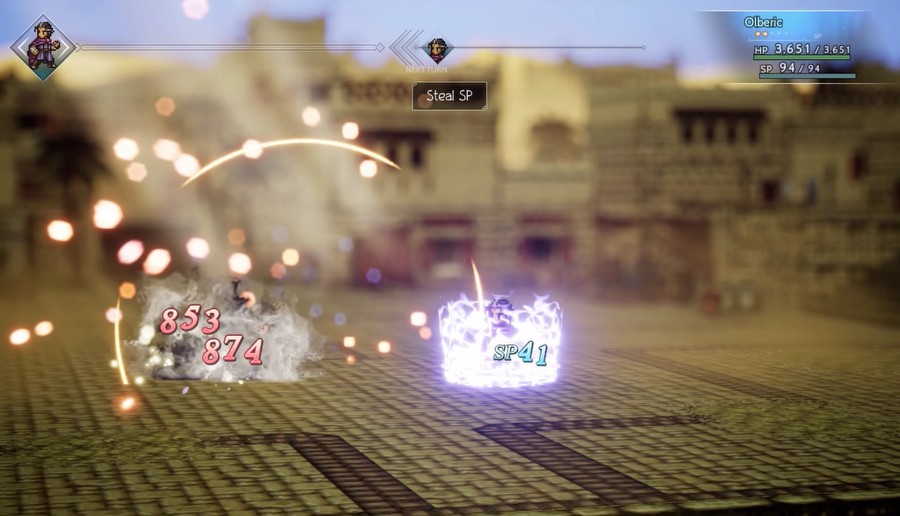 So we beat him up. 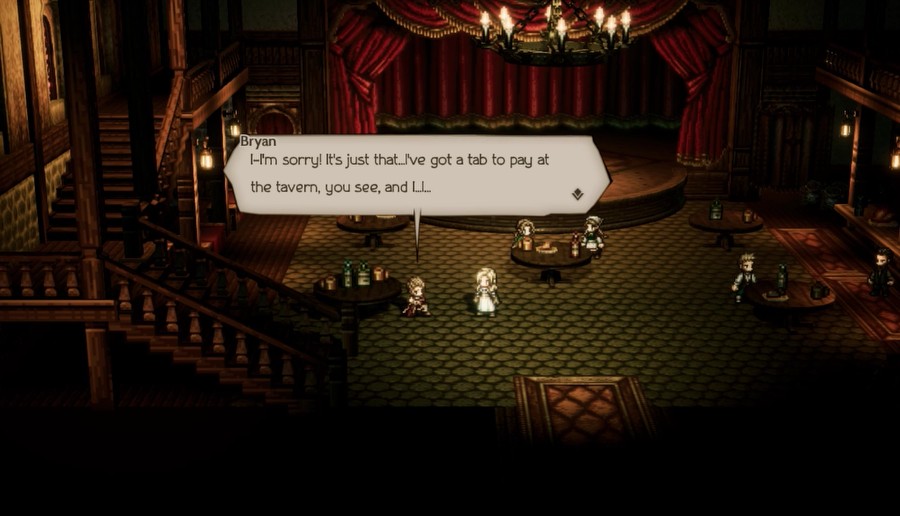 But I only raised the price a bit! 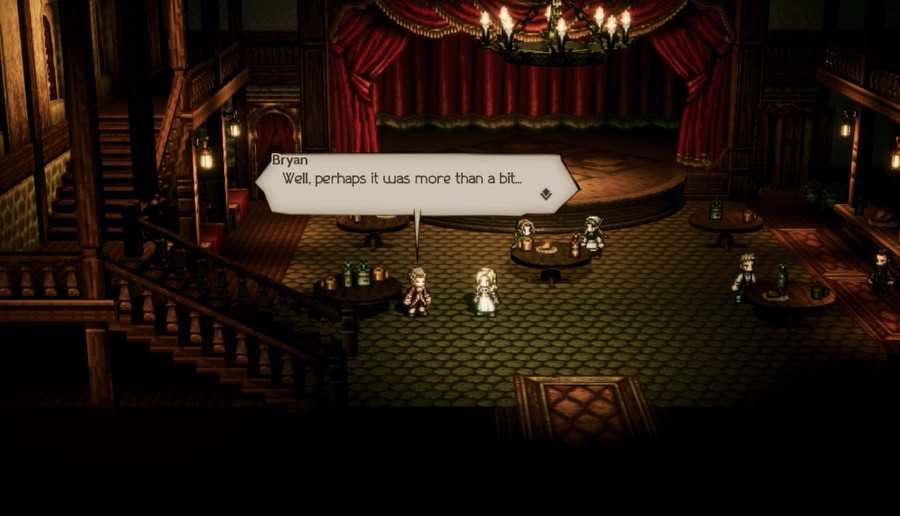 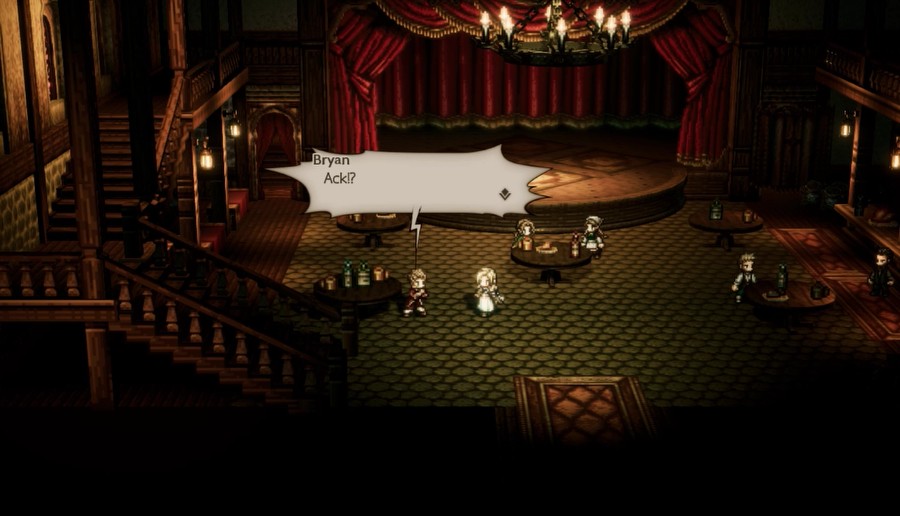 F-fine... I'll return the fee to the mill back to the old price... Will that satisfy you? 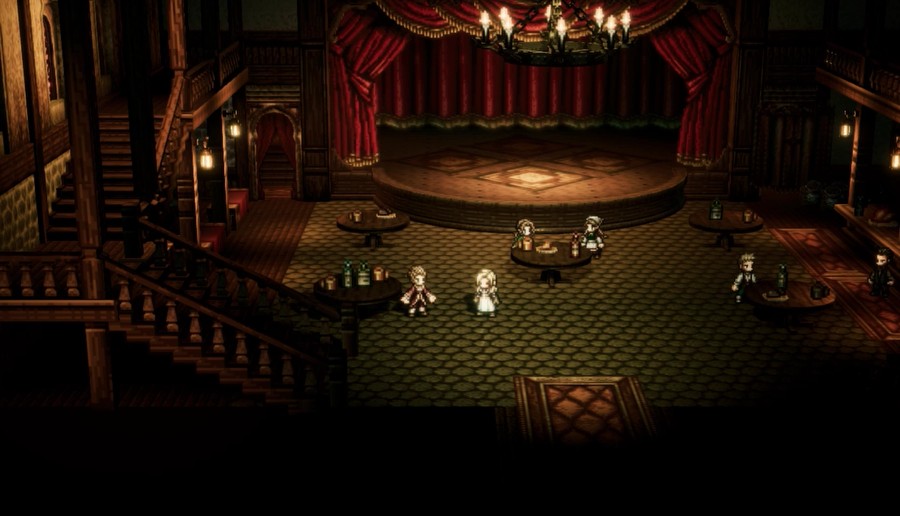 Ah... I thought I could keep living the lifestyle I was accustomed to, if I just charged a bit more for my mills. 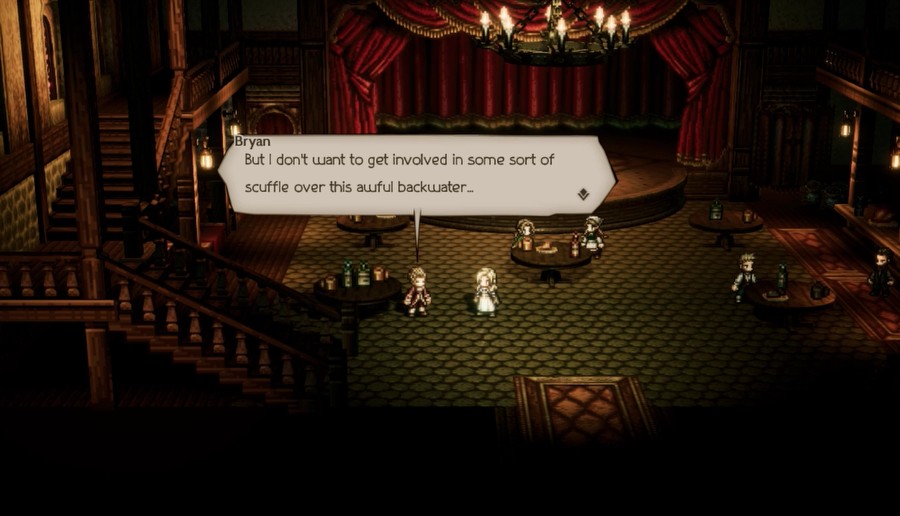 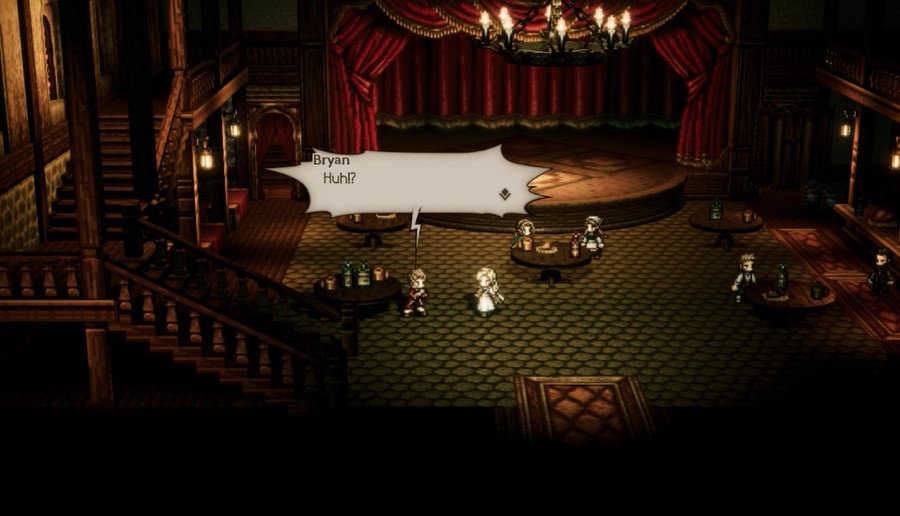 Er...nothing. Never mind me. I'll do better from now on. Don't you worry. 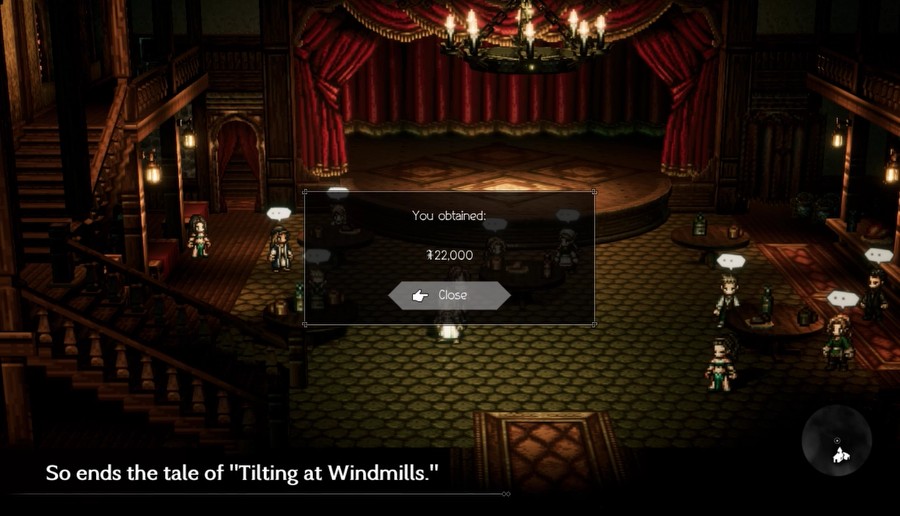 Nothing but cold hard cash and the warm fuzzy feeling of beating up a noble. 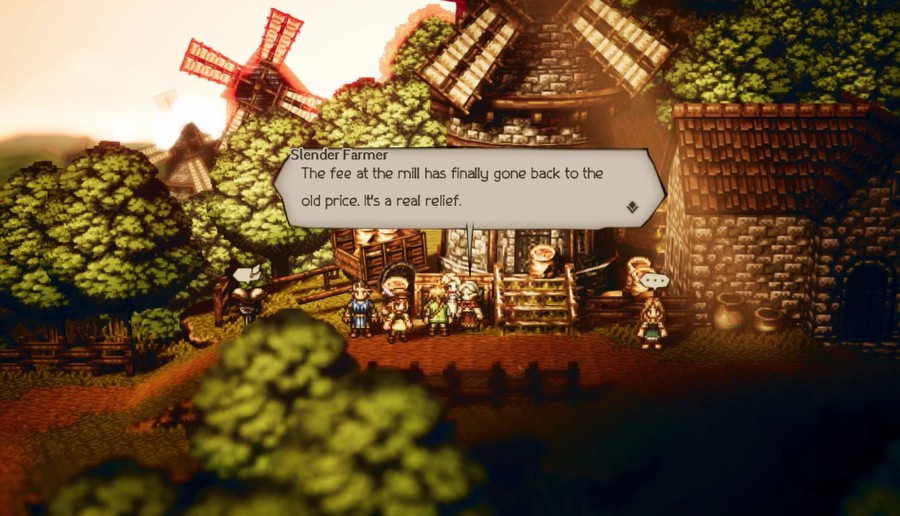 Milling flour is nearly impossible without a windmill or the like to speed the process up. I guess I'd better be getting back to it then.

Wispermill is back to using its mills. 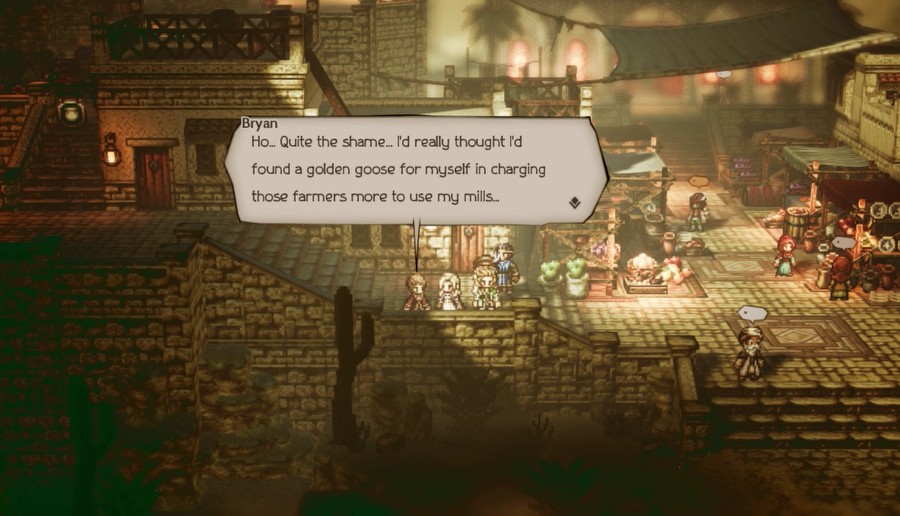 I guess I have no choice now but to work harder myself if I wish to keep living the way I want to live...

And Bryan may have learned his lesson.

That said, there's an even more satisfying solution in play... 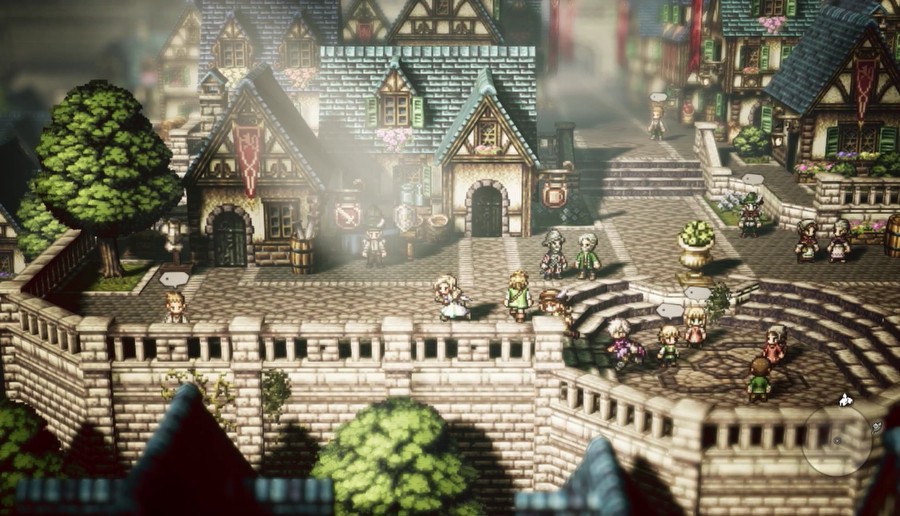 Over in Atlasdam is a man of great interest to us. 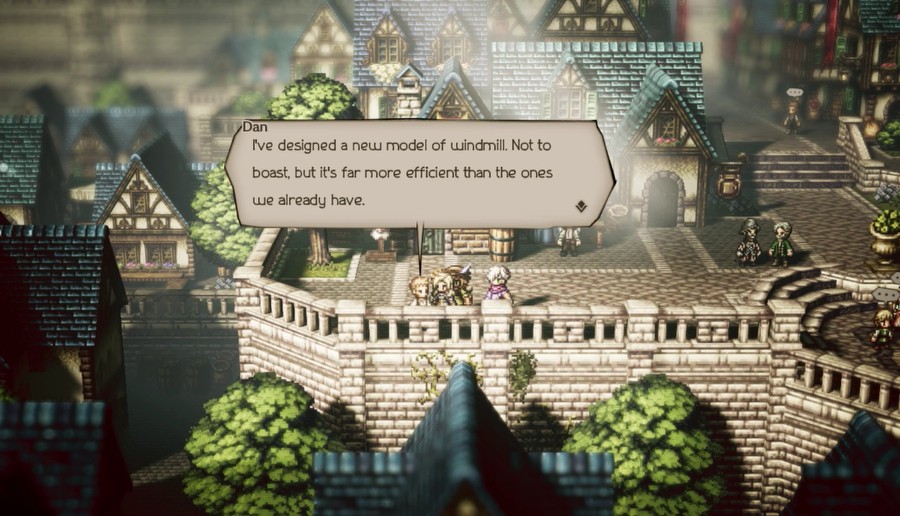 Alas! For some reason, nobody's willing to give it a try. It could save these people a fortune, but everyone's stuck in their old ways. If only I could find my first customer, I'm sure my luck would change! 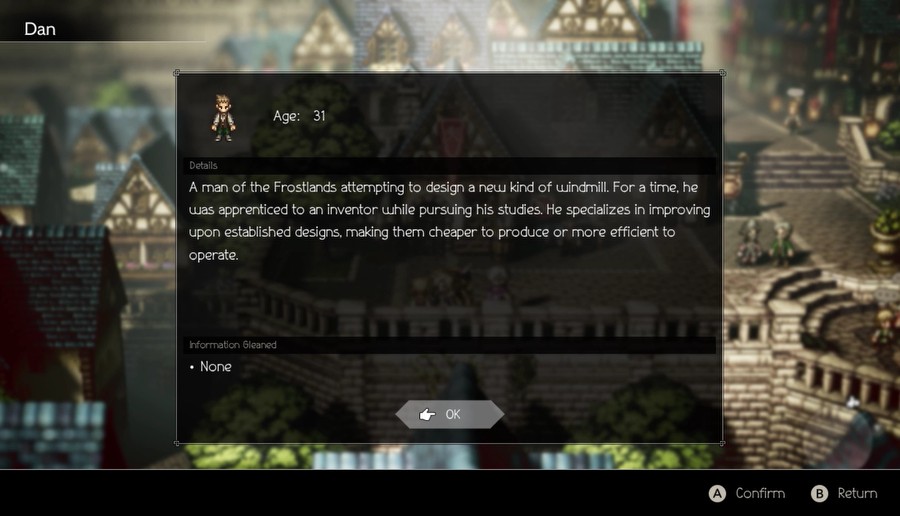 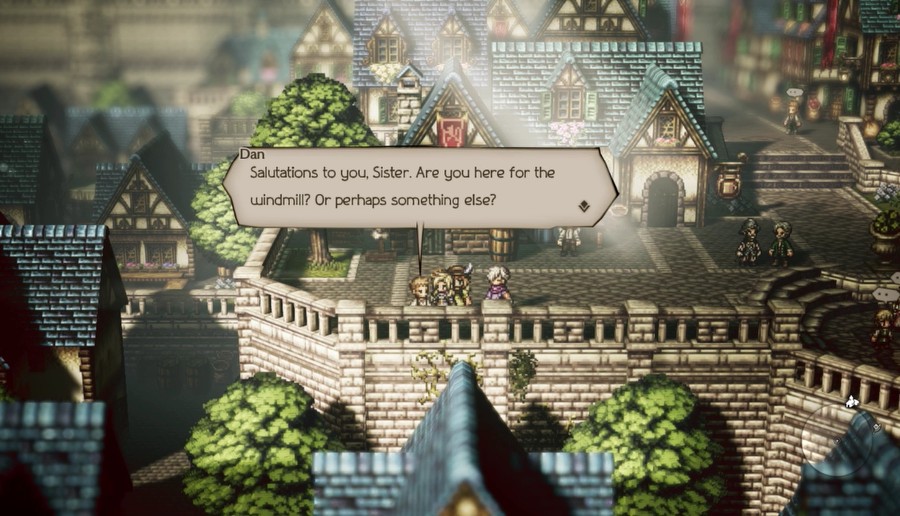 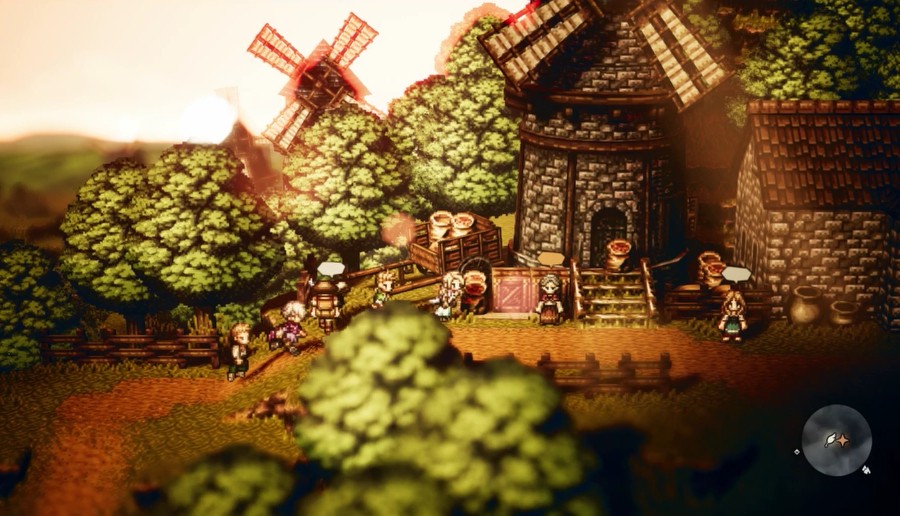 You know where this is going. 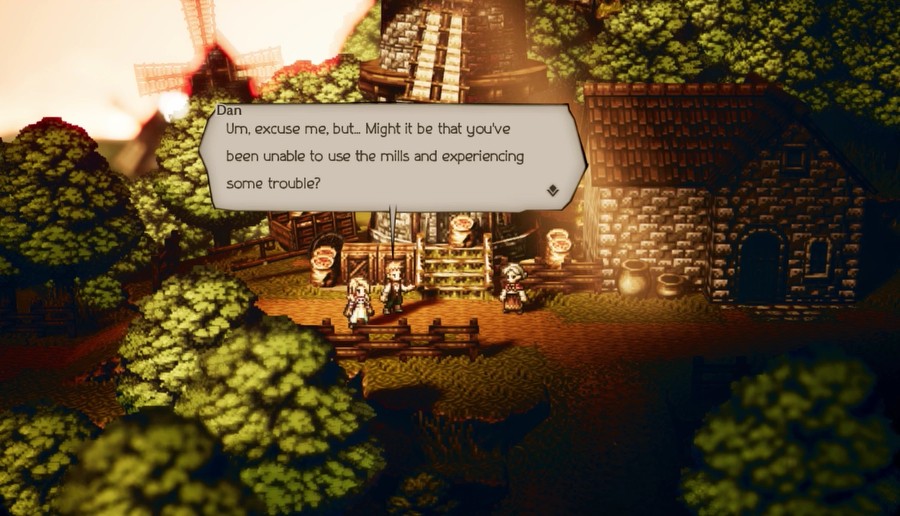 Well, yes, actually... I have. The owner suddenly raised the fee on the mills. 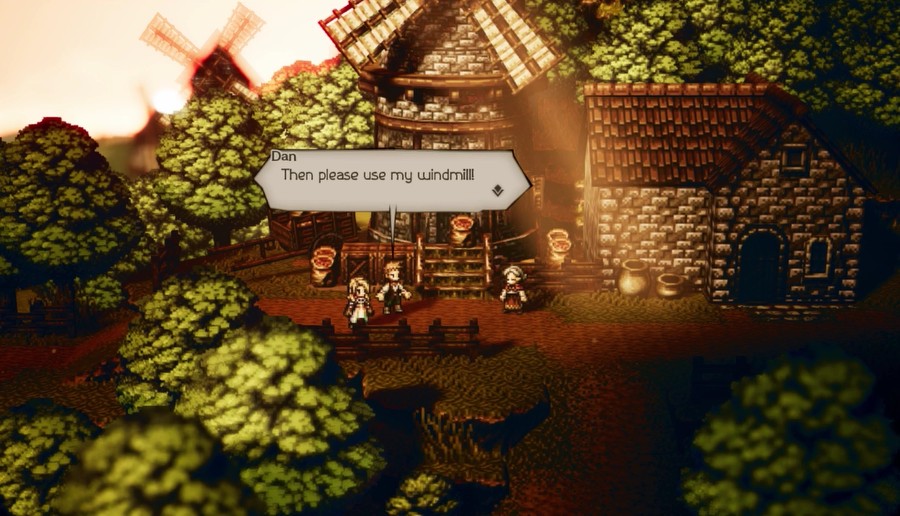 I went to all the trouble to make it, but no one has even given it a try. I'm only charging the bare minimum. I'll even help you transport your wheat! 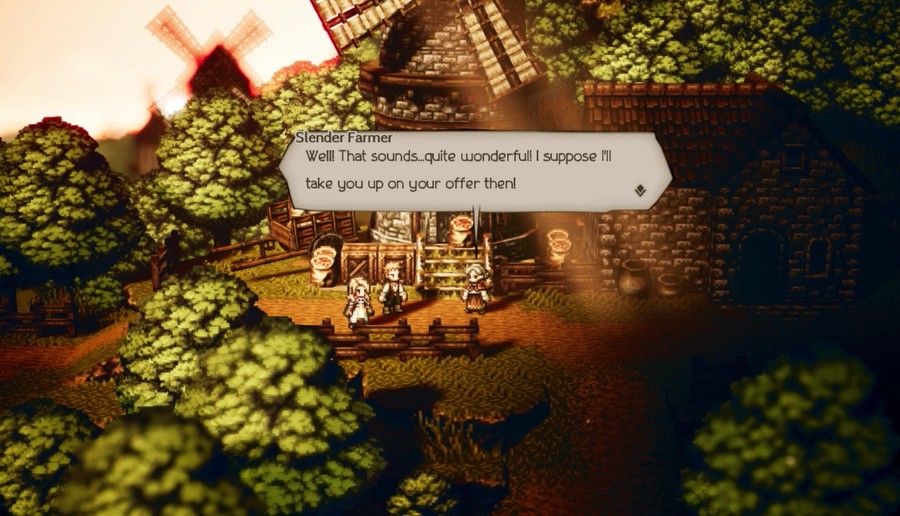 I know I'm not the only one whose been stuck with their crop piling up and no way to mill it. I'll tell the others, too. 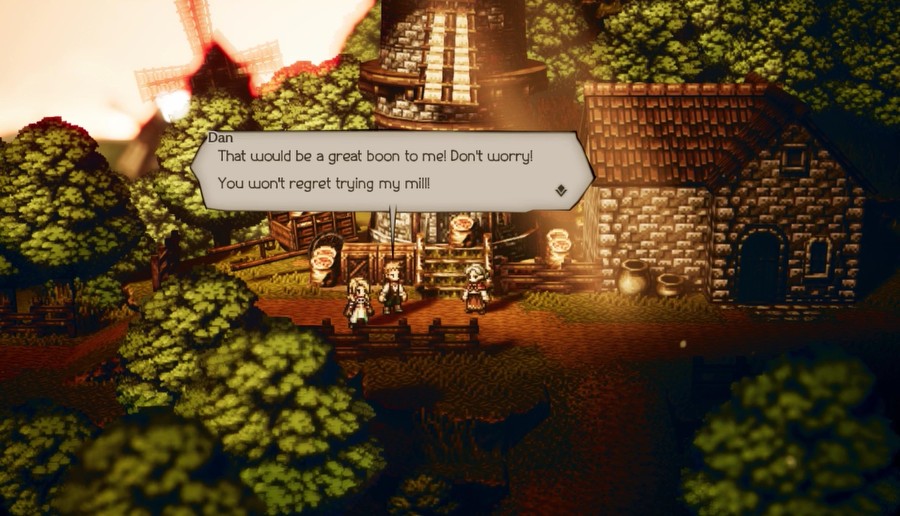 I feel like all of my hard work and efforts have finally borne fruit... 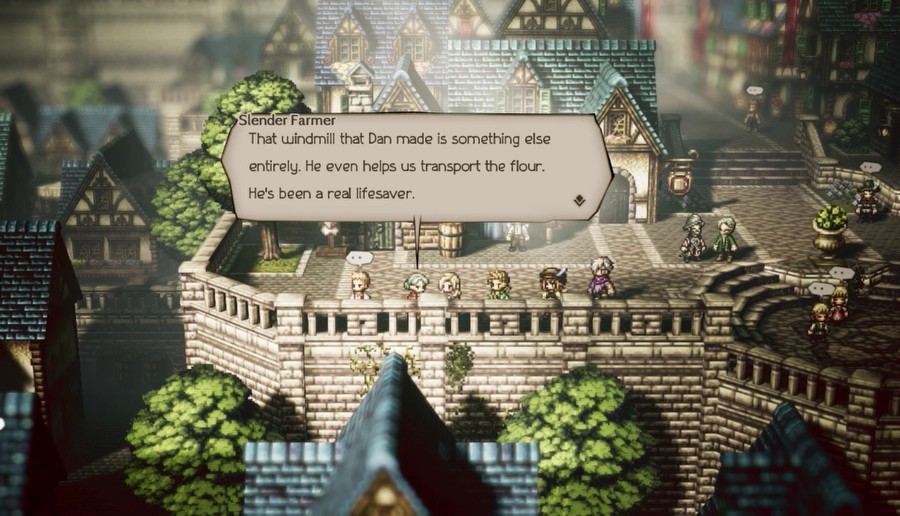 It's a great boon for both parties, and it could lead to a revolution in windmill construction, which is another plus. 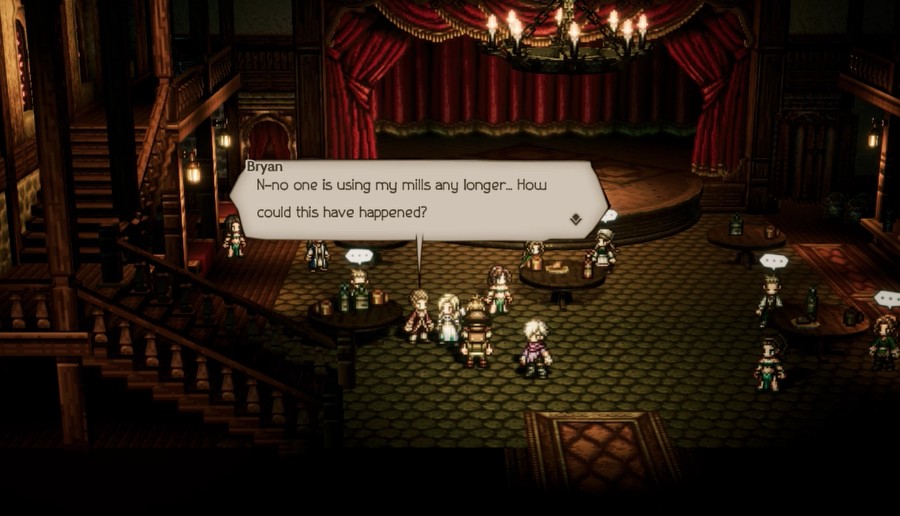 The only one who loses out on this deal is Bryan, so it's win-win-win. Though it's funny that the people of Wispermill are using outside mills.

Two updates left until we're finished with Chapter 4! Next time, we tackle an earlier side story now that we won't get killed horribly by it.