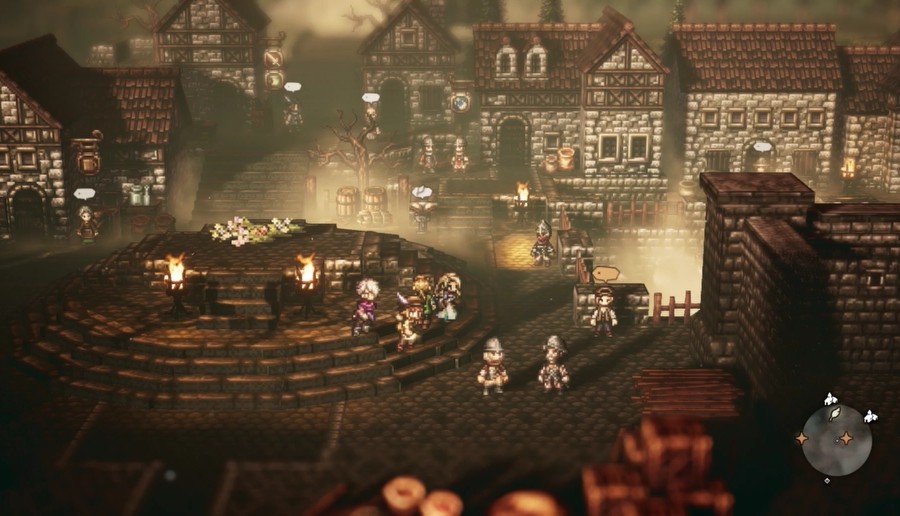 I wanted to do this one earlier, but this NPC wouldn't show up until now. I think he's triggered from beating Ophilia's Chapter 4, probably? My latest undertakin' is a search for the lost loot of House Landar. The Landars were highborn folk of this town, an' they were famed for hoardin' treasure. Findin' their hidden loot will be my ticket into the exclusive League of Gentlemen Discoverers! 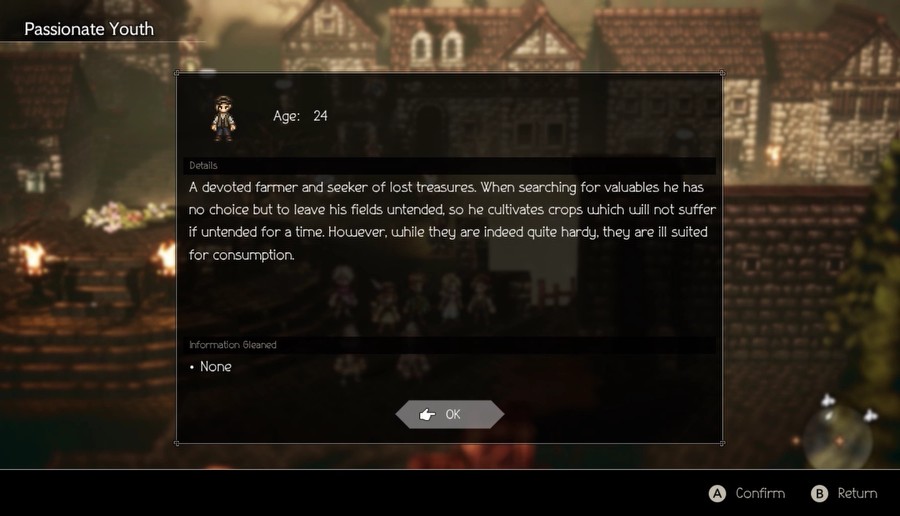 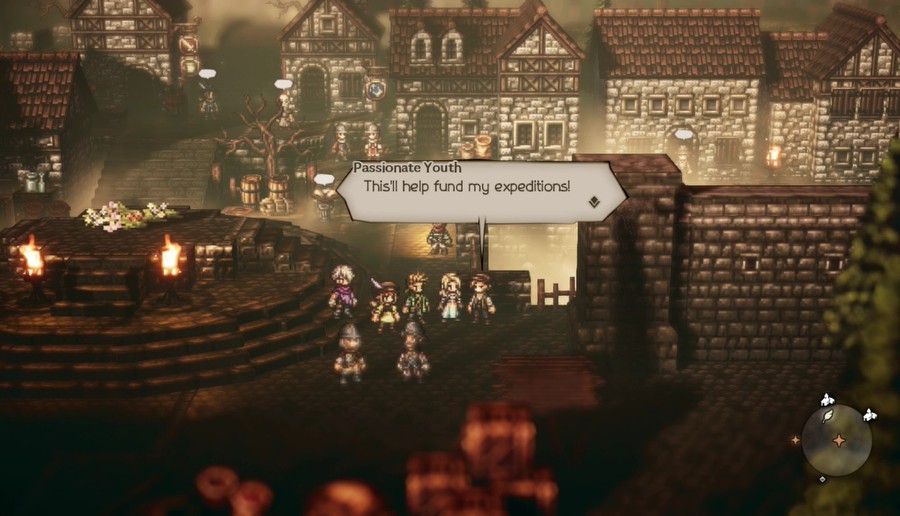 Here, we have an aspiring treasure hunter. We just need to get him some info, no biggie.

Sadly, this and the next side story will be the final two side stories to have two different methods to resolve them. Everything else afterward will have just one way, though that's not too big a deal. 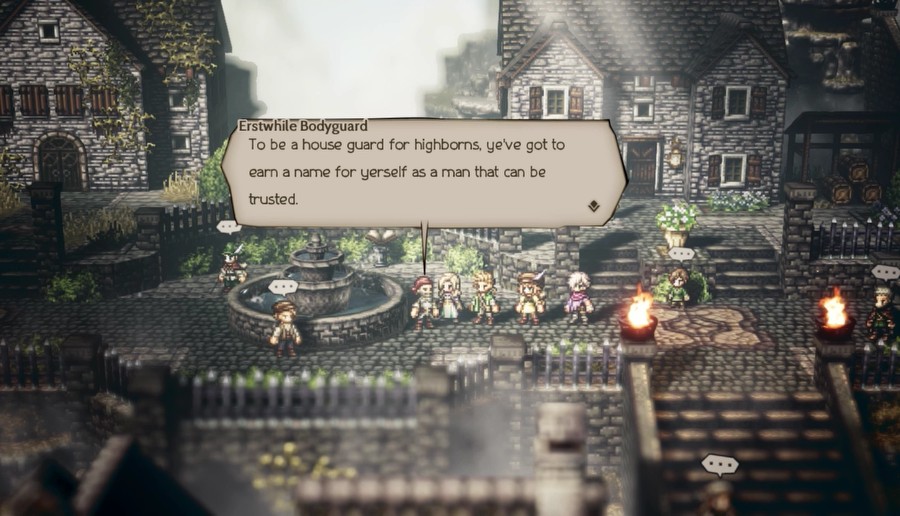 Well, after I failed to protect my master, ye can well imagine what my name was worth. 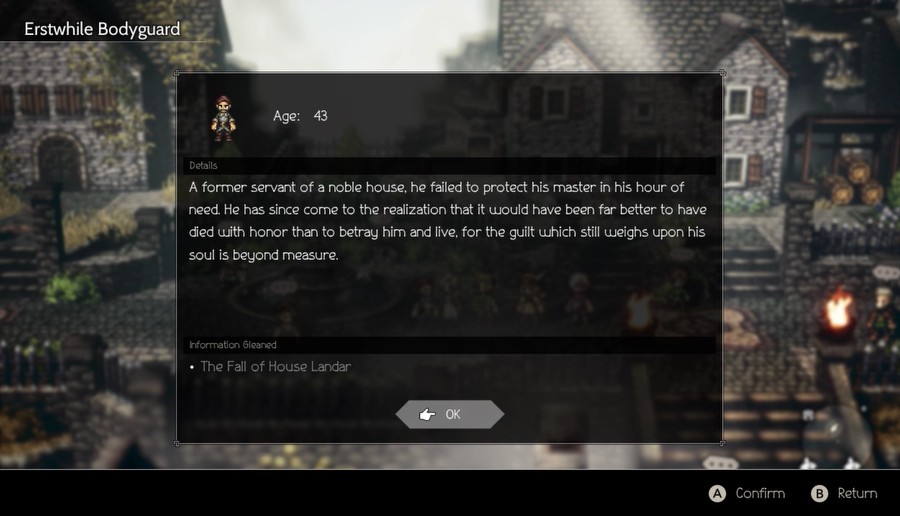 First off, this man in Stonegard worked for House Landar, which means his story could well be relevant for our treasure hunting friend. 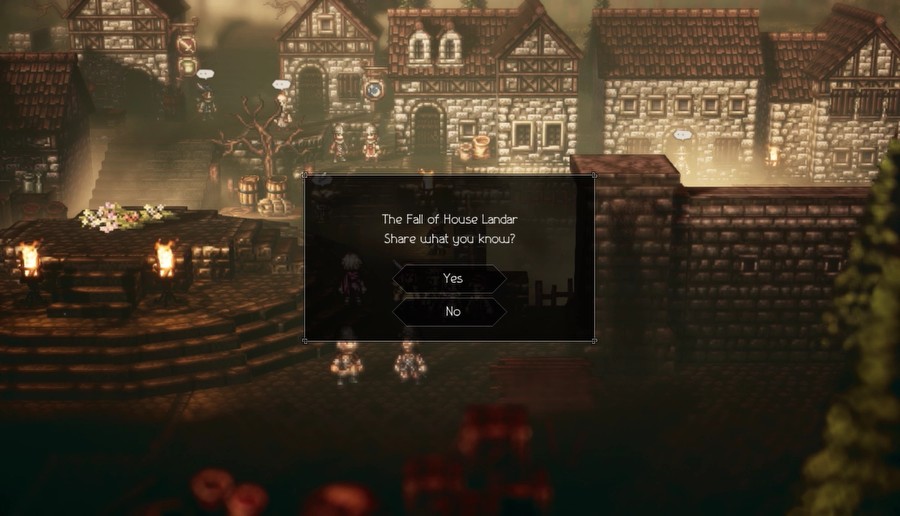 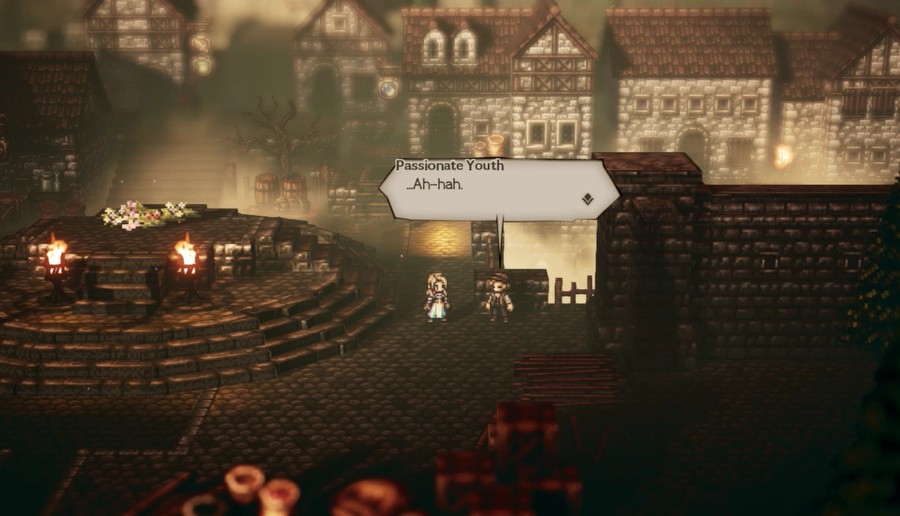 So the last lord of the Landars was denounced for corruption, an' slain by an arrow when he tried to flee... By then, the family had fallen into ruin and didn't even have the coin t'pay their house guard. 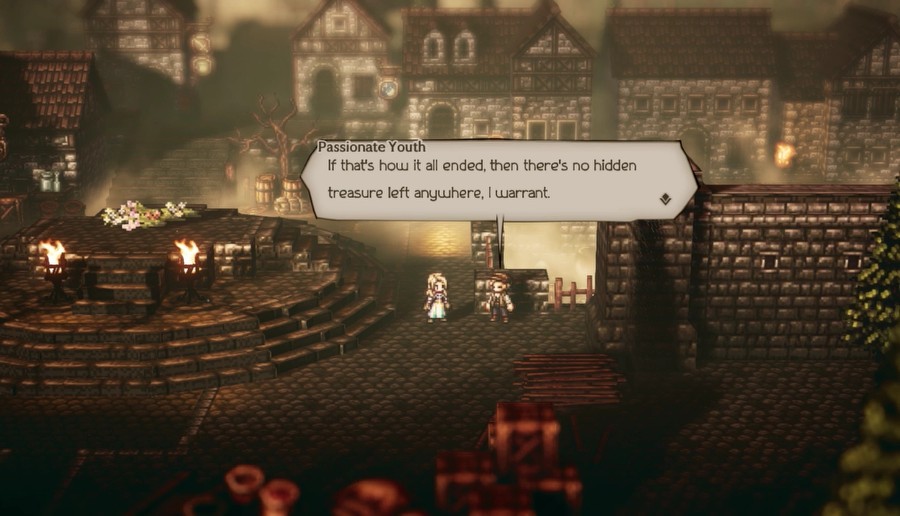 Well, better to know that now than go on chasin' after somethin' that don't exist. A good treasure hunter knows when to give up on one chase an' move to the next... 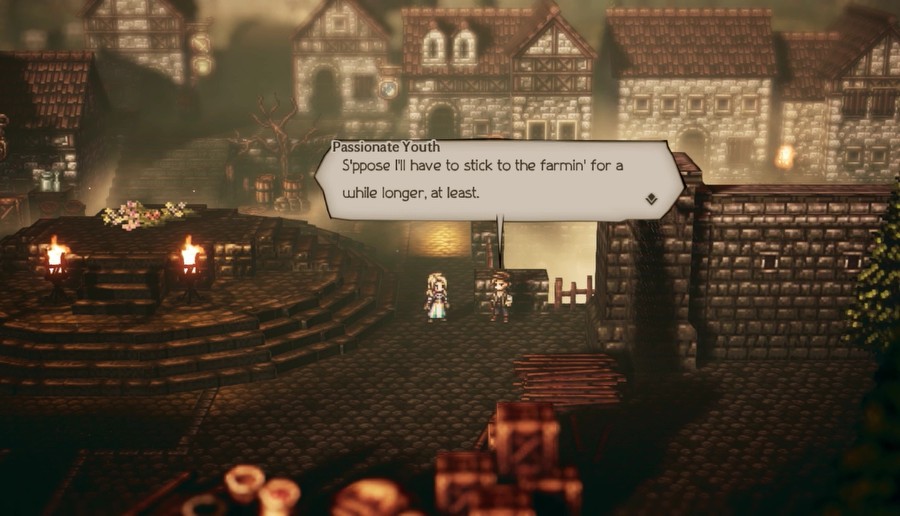 An' in the between times, I'll keep lookin' for stories of other hidden hordes... 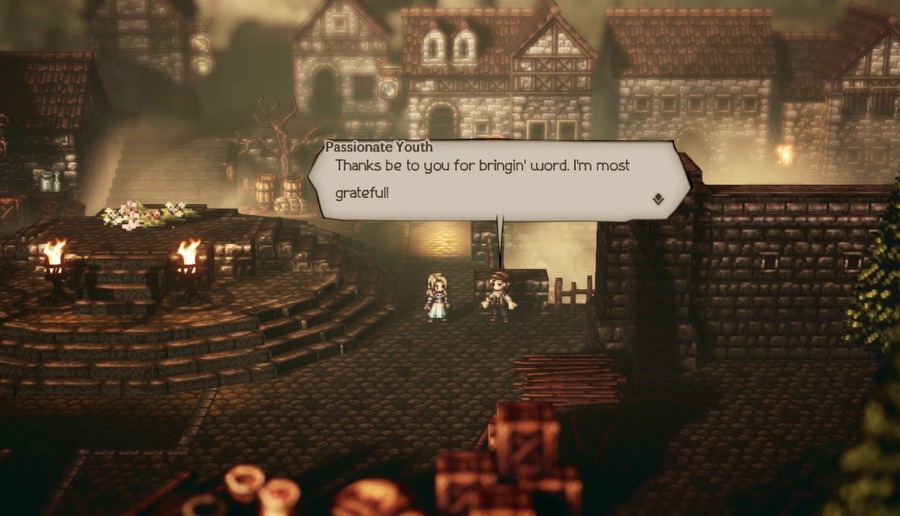 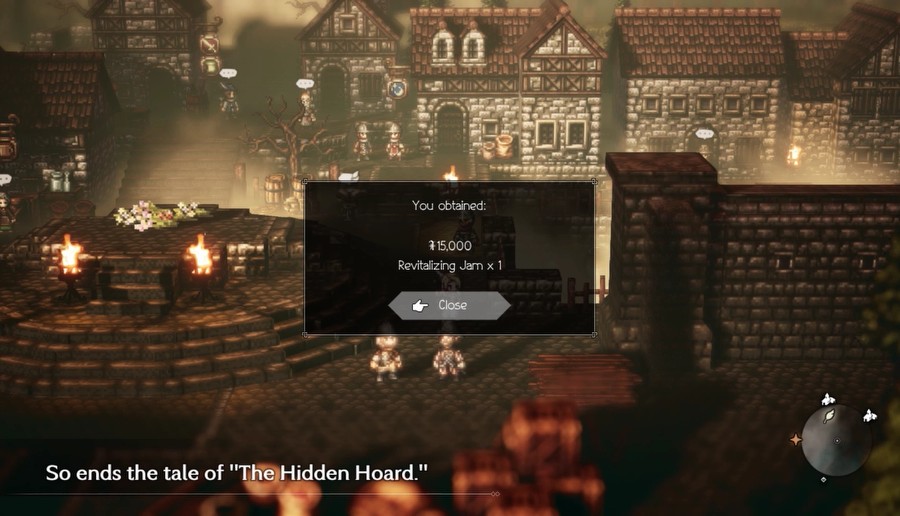 So it wasn't a hot tip to some great loot, but it did save the guy some valuable time. That's something, I guess! 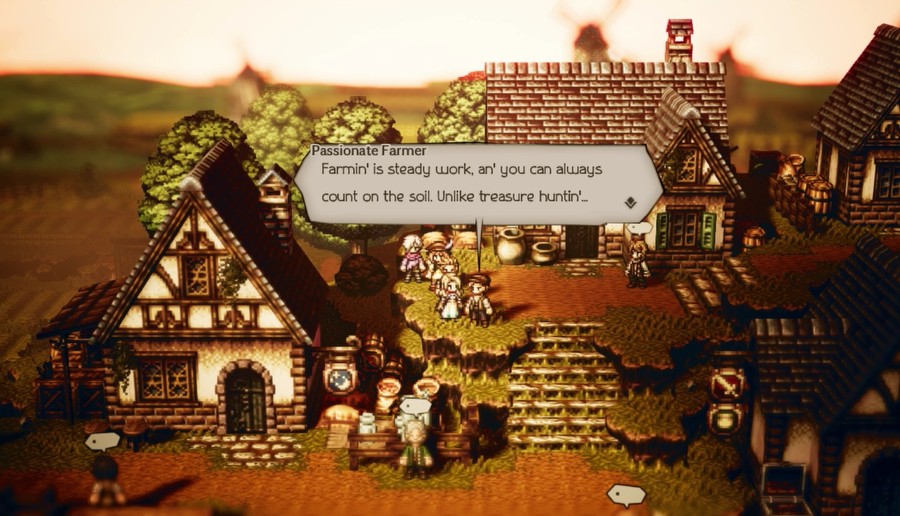 It also helped convinced him that he may be better cut out in the farming life instead. Which is probably safer and more secure.

...but why let the man give up on his dreams? 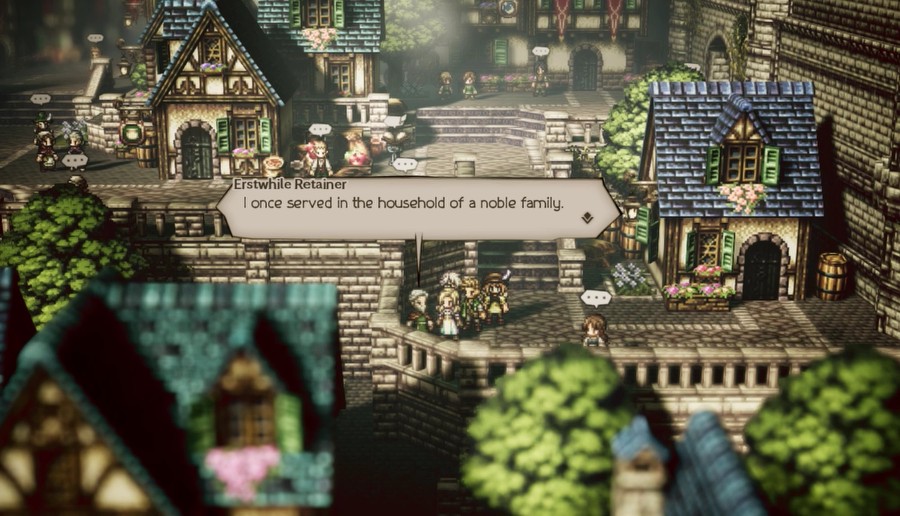 ...A small home for one feels terribly small and cramped in comparison. 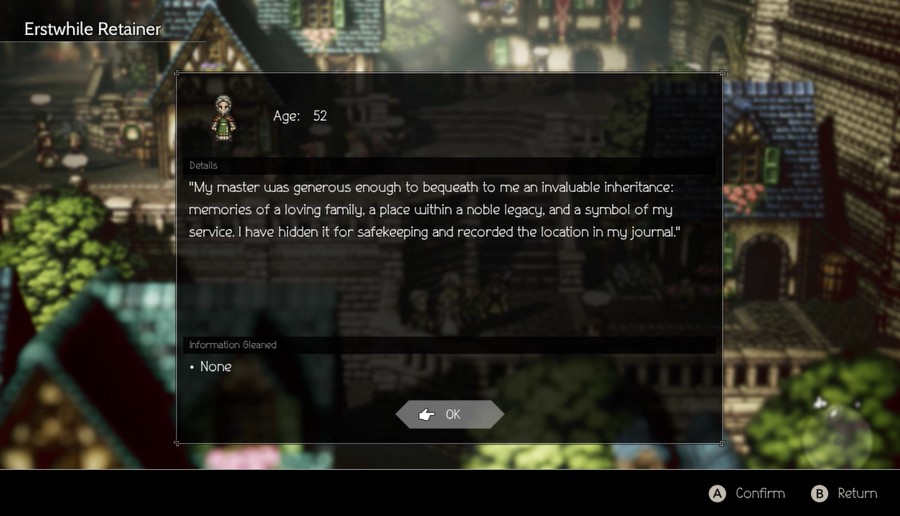 Take a wild guess why this man in Atlasdam is relevant to our interests. 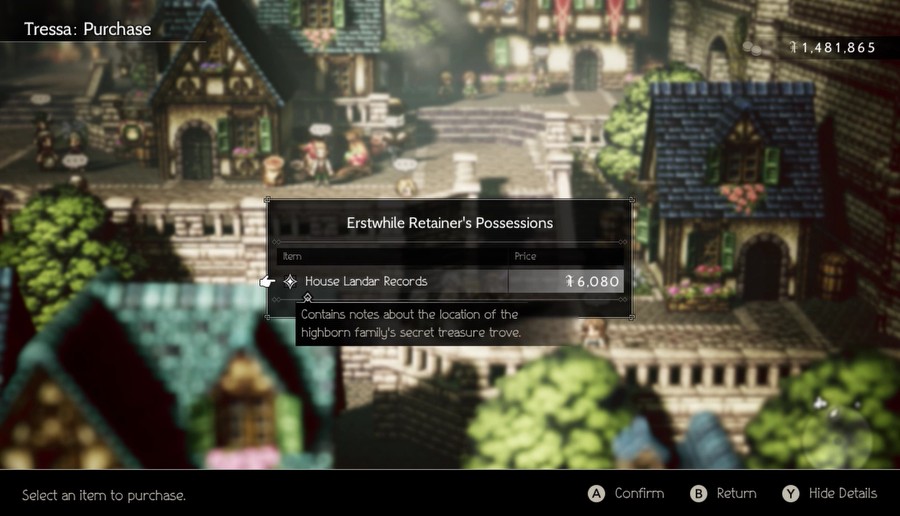 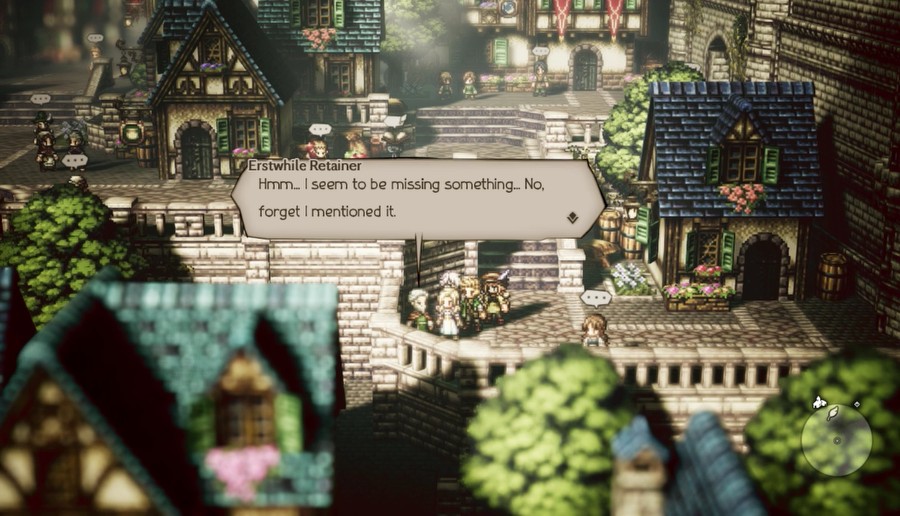 Naturally, he worked for the Landars, and his notes seem to lead to a potential treasure trove. Perhaps they weren't as broke as they first appeared...? 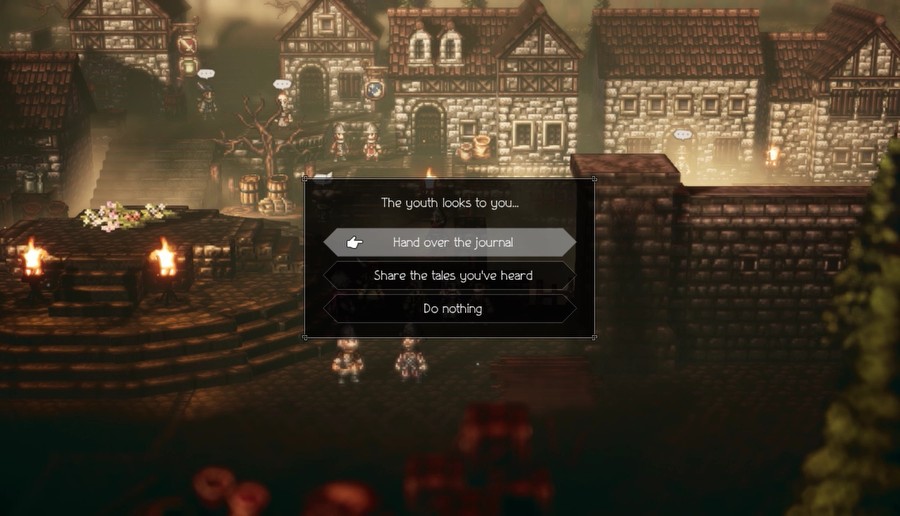 We're rich beyond belief, so we have no use of more riches. Let's help a fellow treasure hunter out! 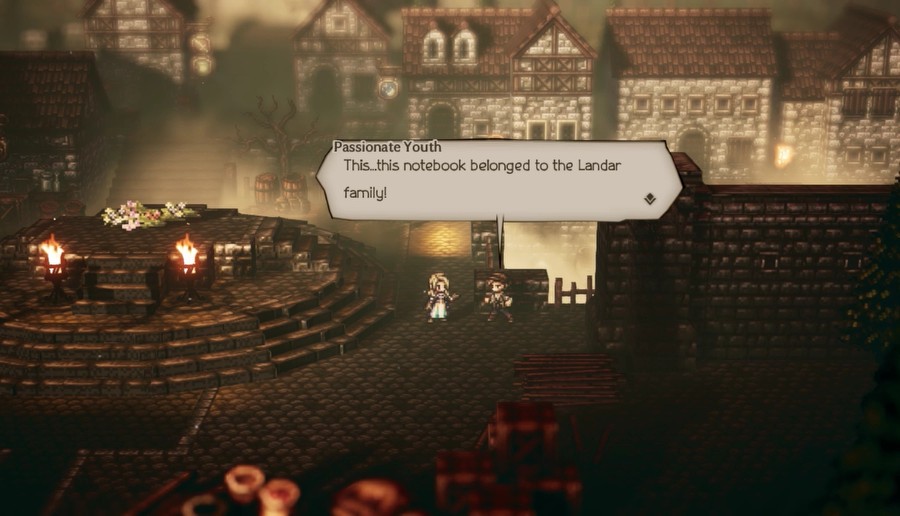 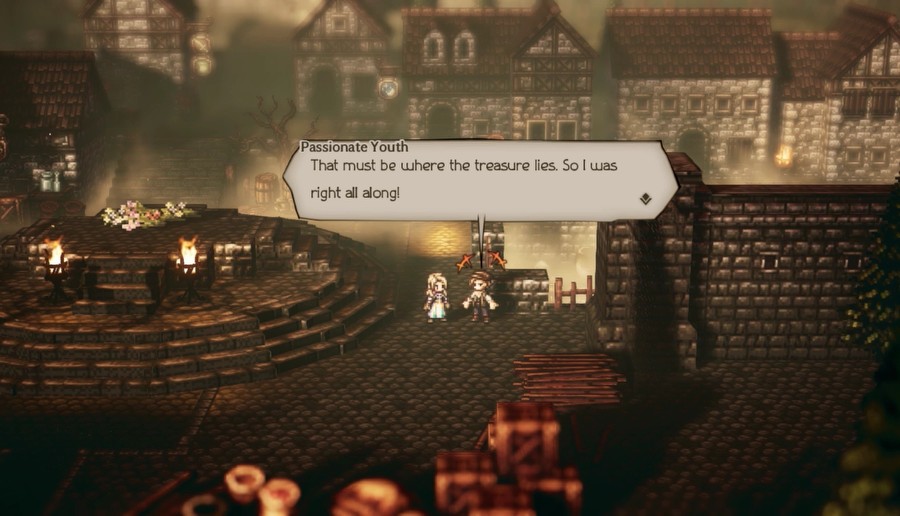 I tell near everyone I meet that I'll be a great treasure hunter... But most folk just laugh. "Stop the idle dreamin' and live in the real world," they say. 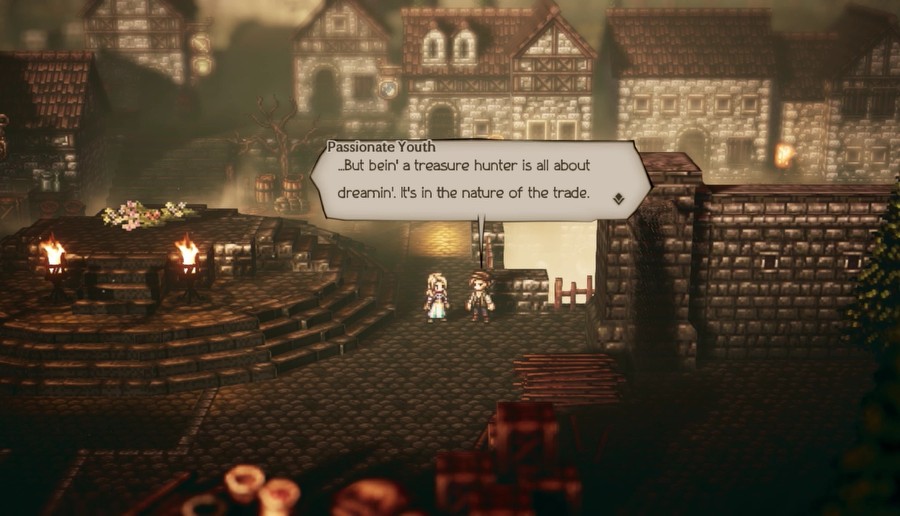 Mayhap it was just a childish fancy that I'd done better to forget when I grew to be a man... But...I don't see how I could. Might as well tell a man to stop lovin'. 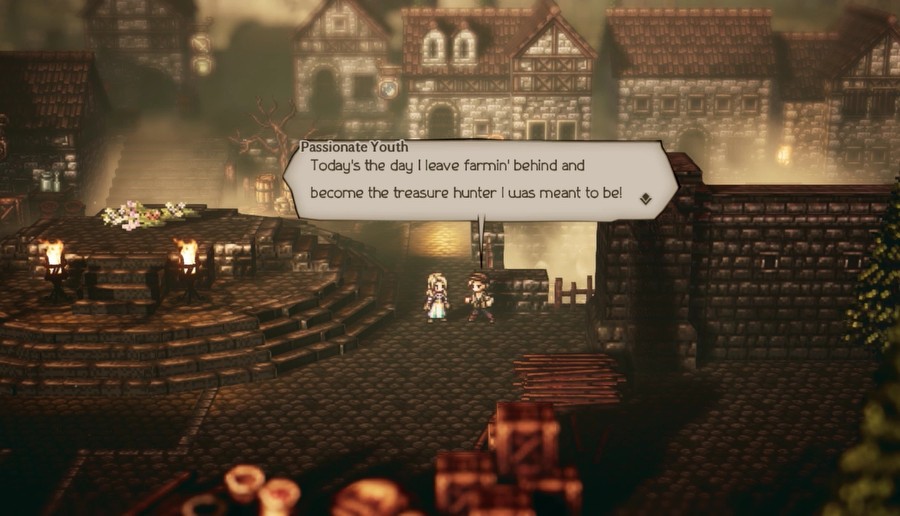 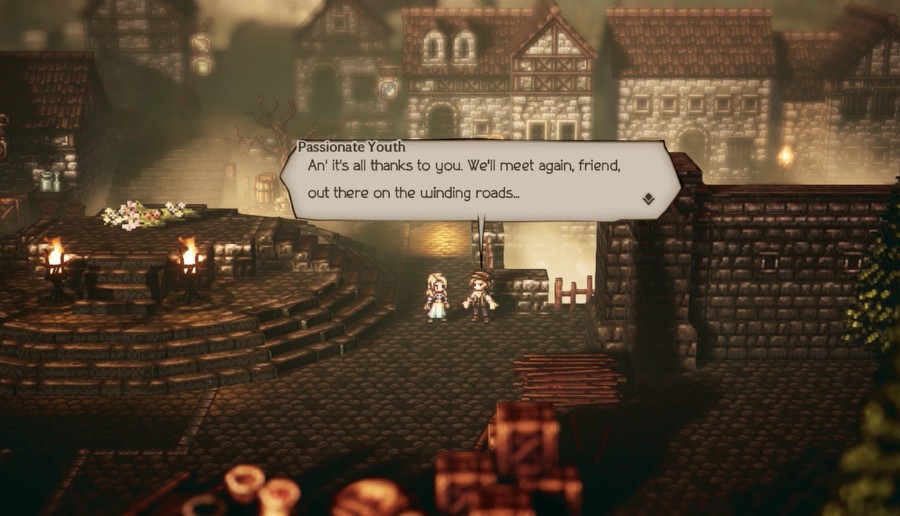 And thus ends the quest. As to where he goes from here, hell, I don't really know. We'll probably see him in the future though as I make the rounds.

Next time, we go back to Wispermill and take on the final two-path side story.