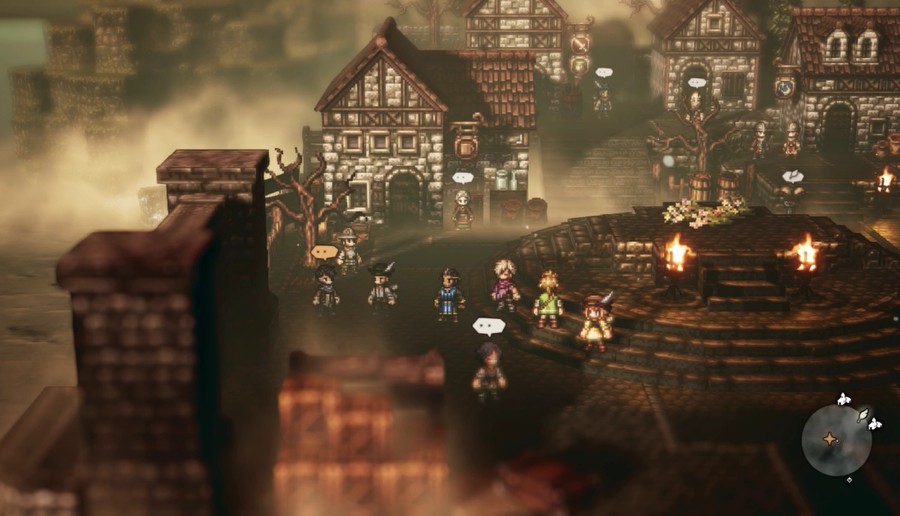 We've got another three or so of the usual "help out a familiar face or two" side stories to go before we change things up for the end, so let's get those knocked out of the way, starting with our good friend Reggie. 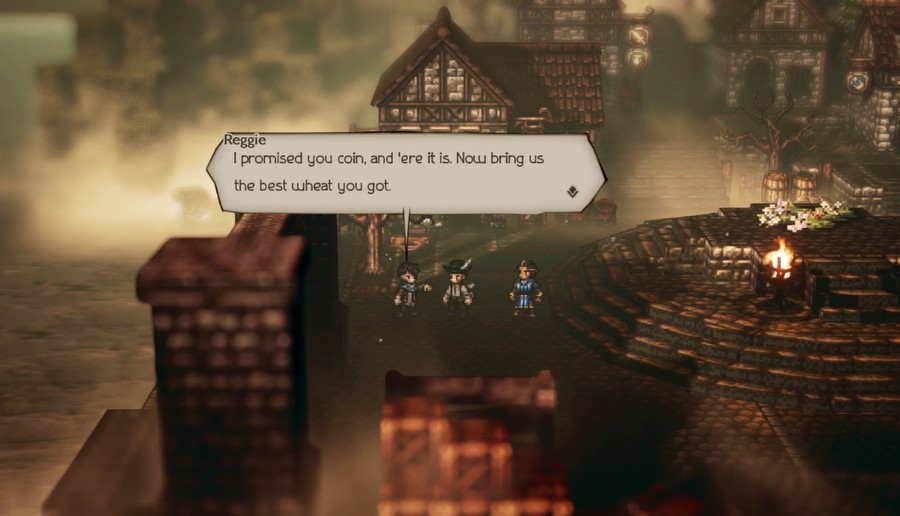 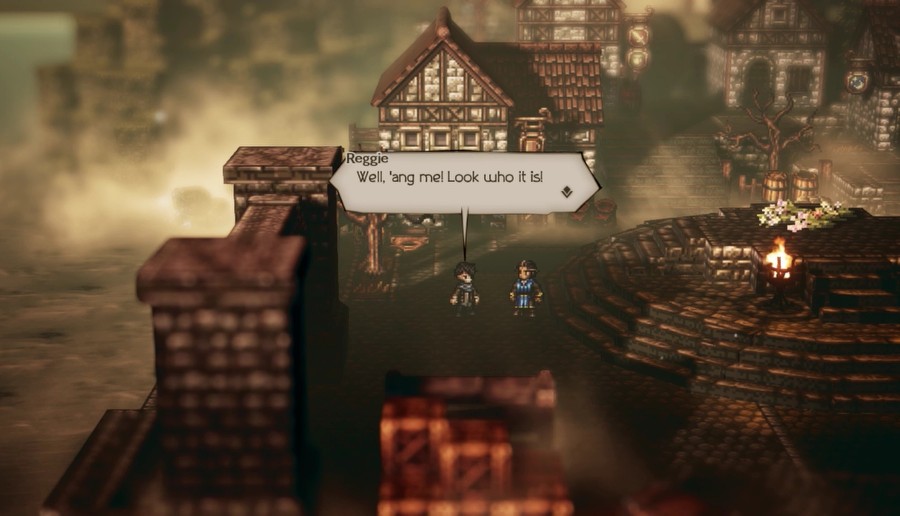 It's me, Reggie! We sent that wretch Werner back to 'ell where 'e belongs! Remember? 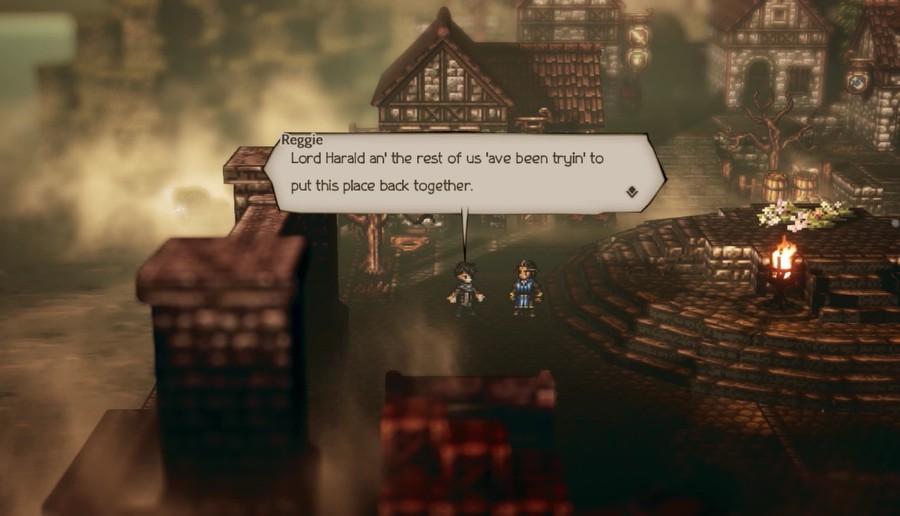 Even the townsfolk're doin' what they can to undo the 'arm Werner did. And 'is lordship is workin' 'ard enough to put the rest of us to shame. Now it's just a matter of time afore this place is back to what it used to be. 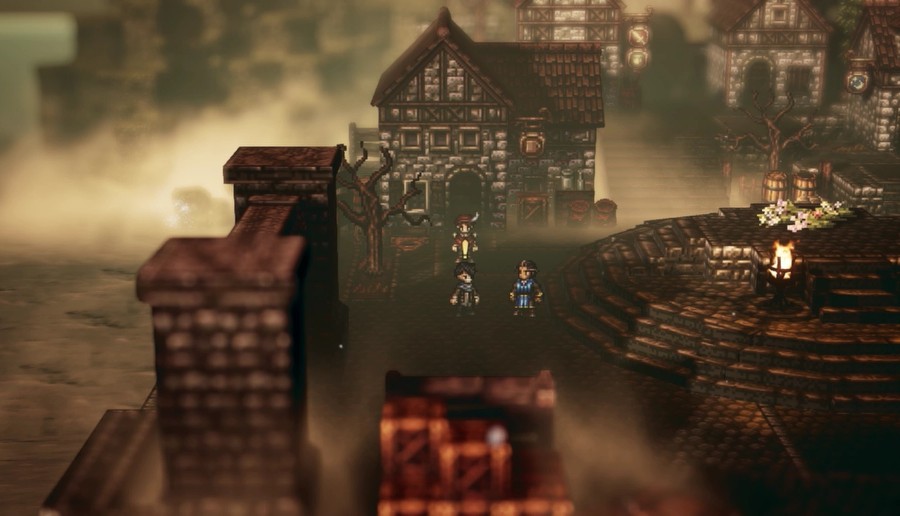 Looks like another merchant's made 'is way here. One second, mate. 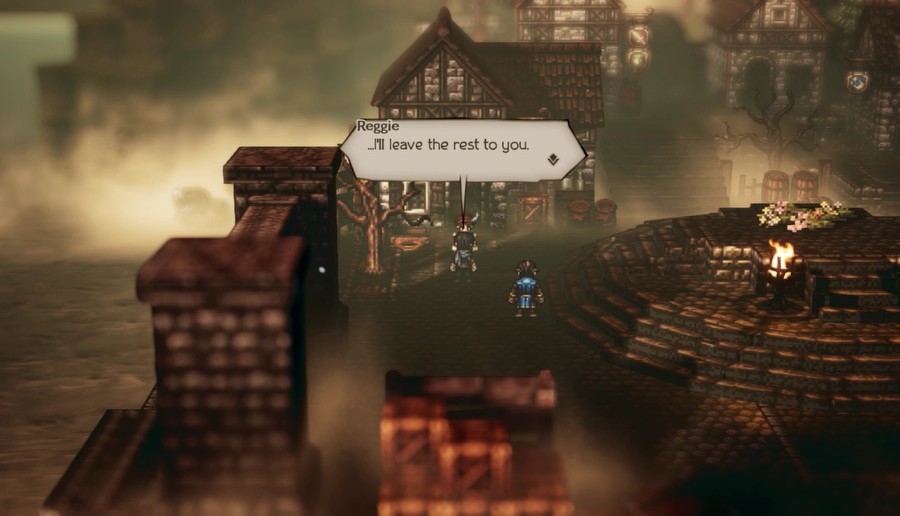 It looks like the village is bouncing back pretty well under the guidance of Harald and with the help of Reggie and the rest of the townsfolk.

But Reggie's not completely happy with everything that's going on. 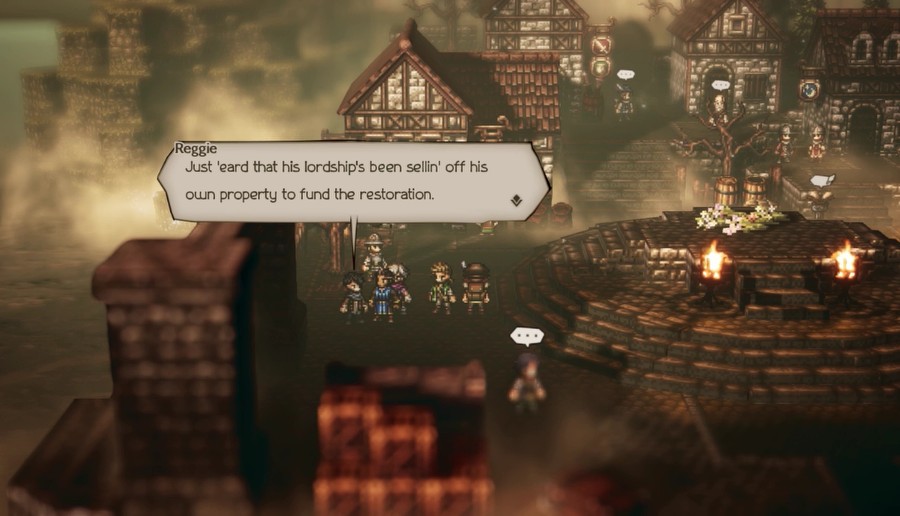 They said 'e even sold family heirlooms, including 'is late mother's necklace. He don't 'ave many mementos from 'is family to begin with. I wish 'e could at least keep those... 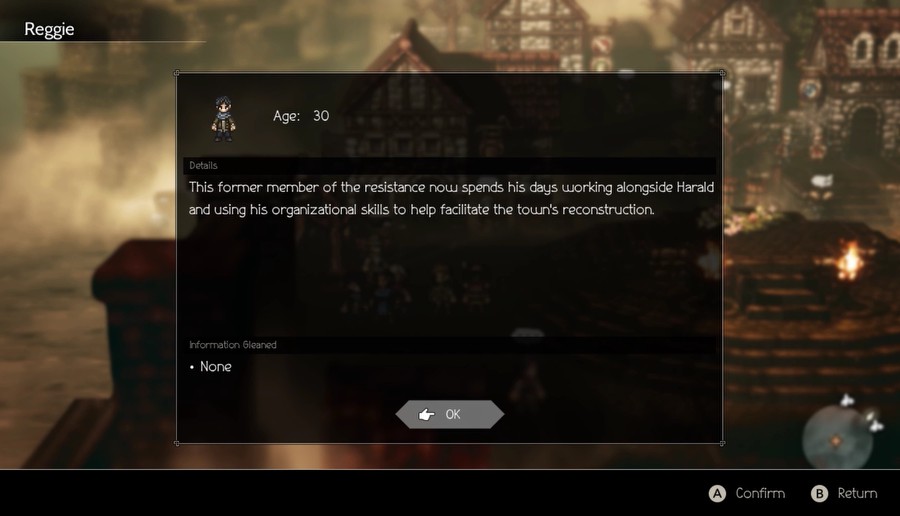 Boy, it sure would be nice if I could get that necklace back for him, right? 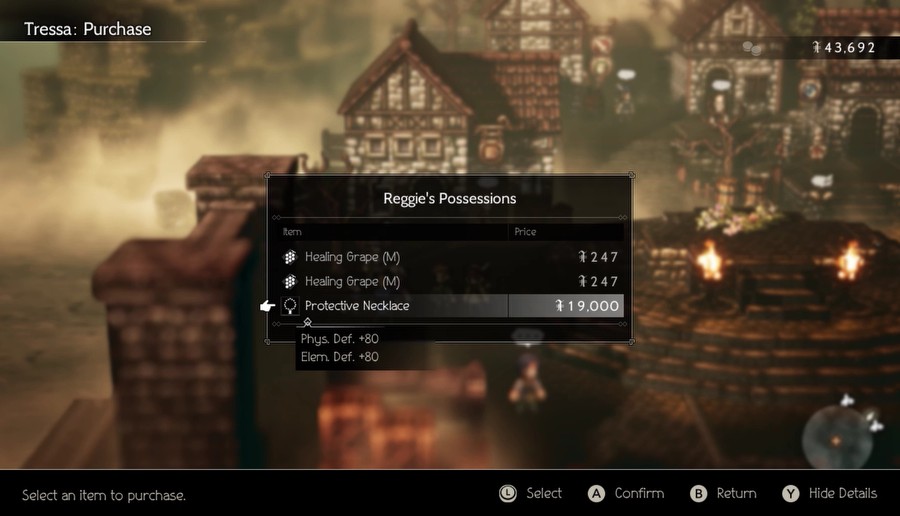 There's only three of these, and they're great for healers and your tankish characters. 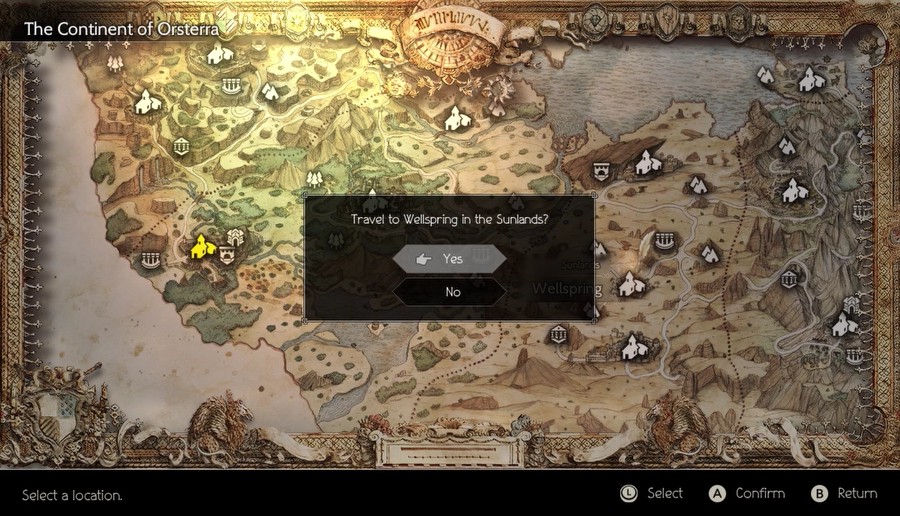 At any rate, our destination for today is Wellspring. 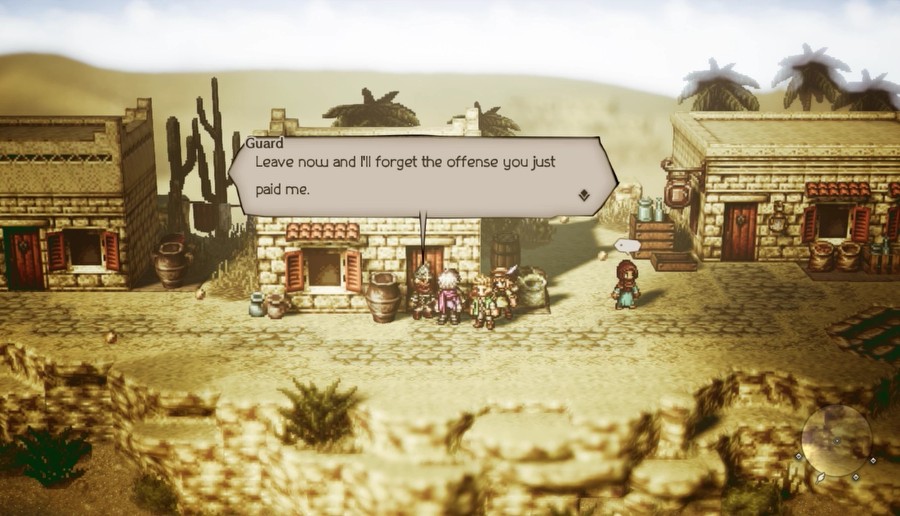 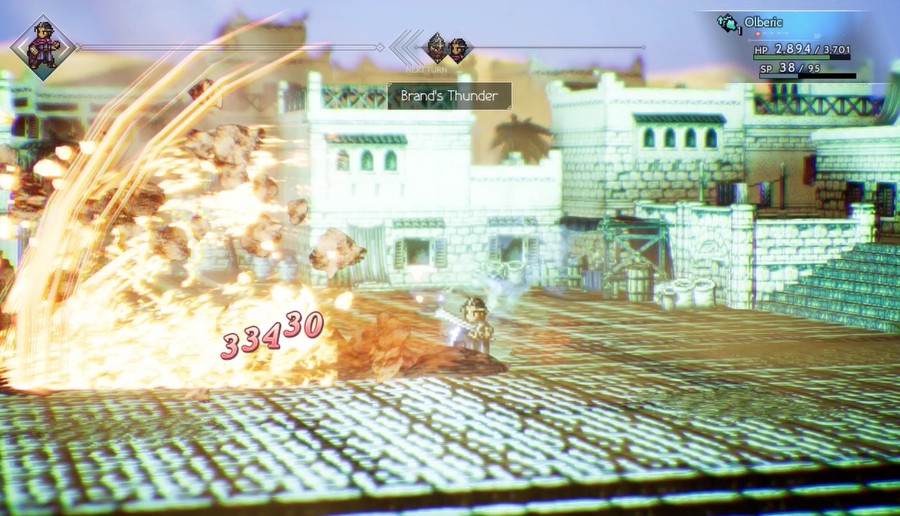 First we have to get back in here... 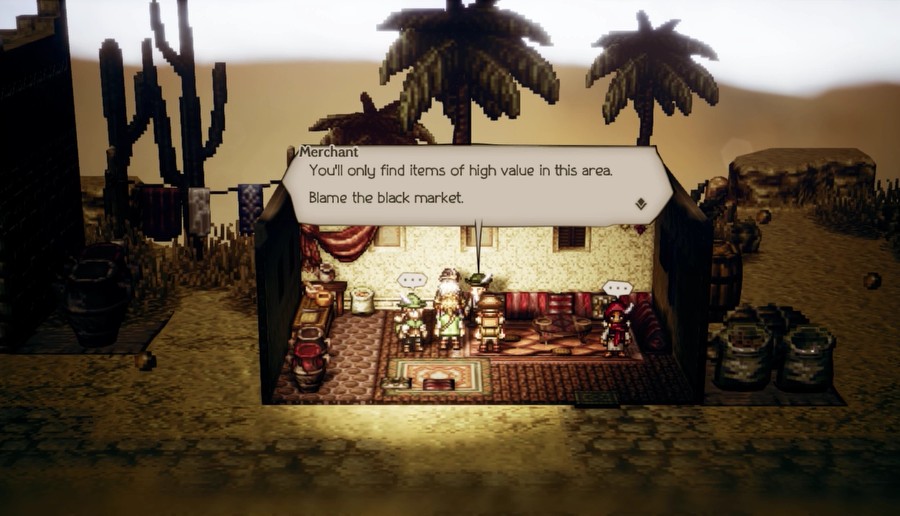 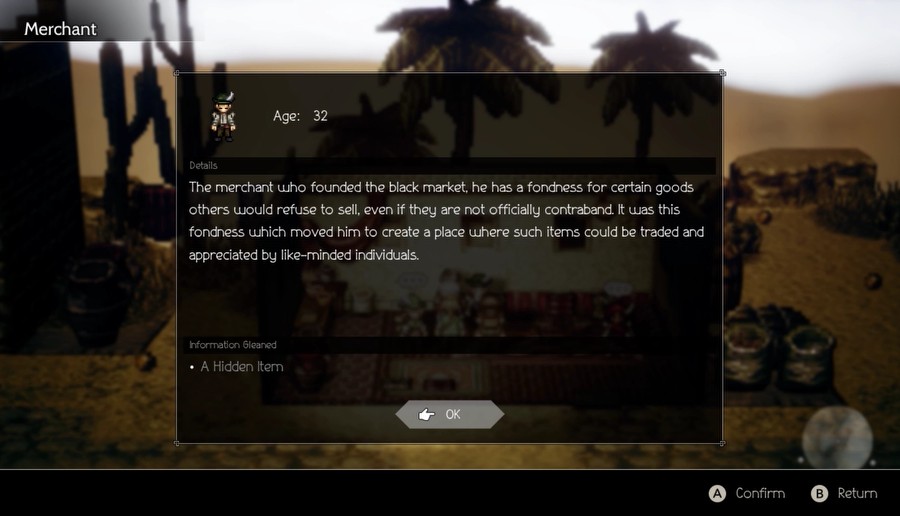 ...and barter with this NPC. 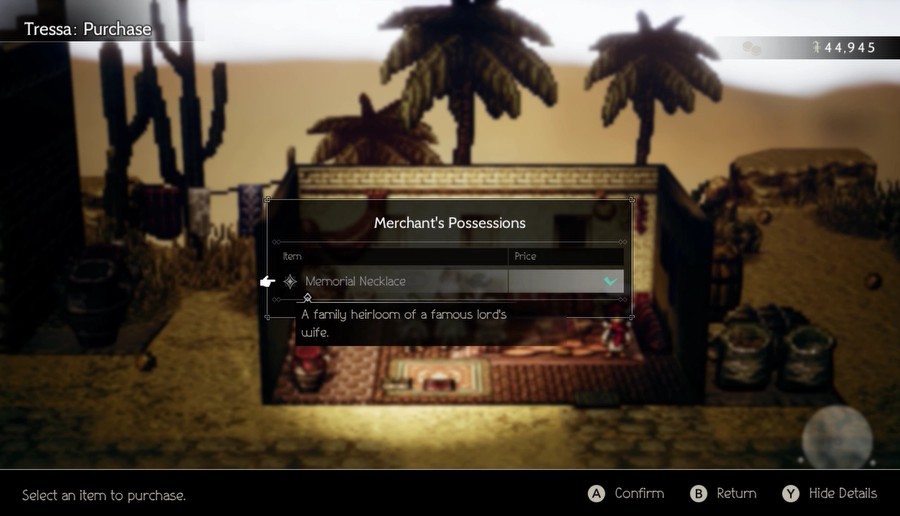 ...or rather, I would if I hadn't already bought this long ago! Oh well! 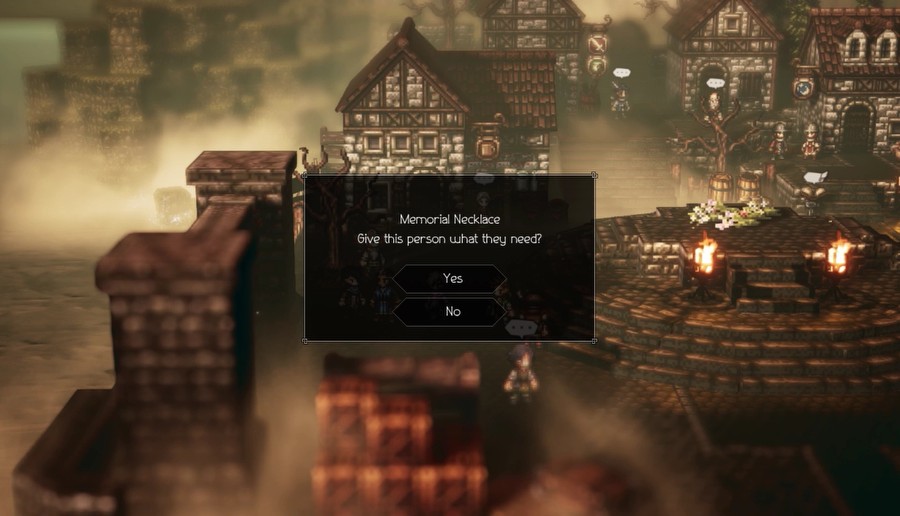 Still wanted to show where we got it before I skipped right to finishing this, at least. Let's get this taken care of! 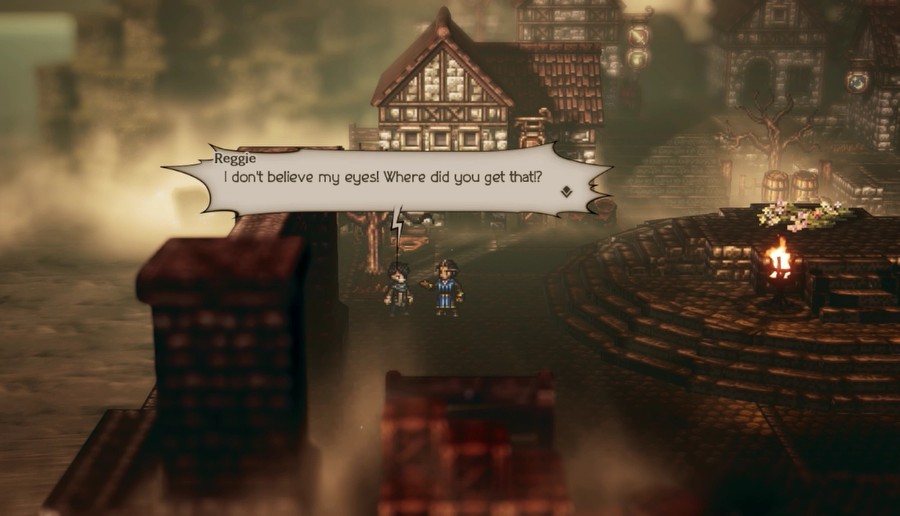 Thank you so much, mate. Let's get it to 'is lordship right away! 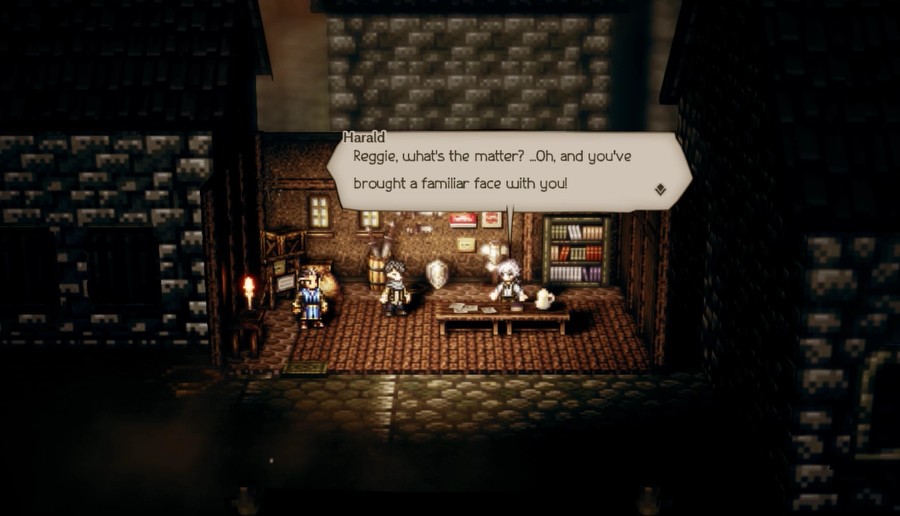 Lord Harald, we wanted to give you somethin'. 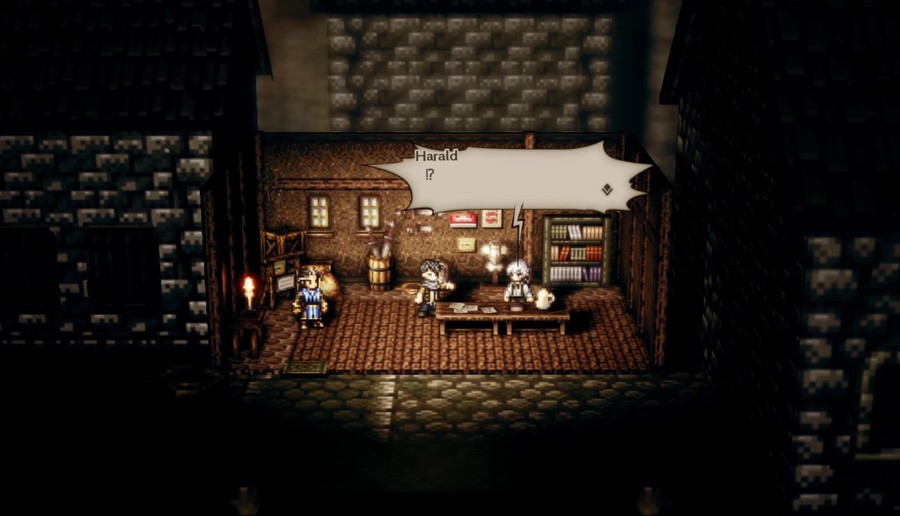 How did you get this, Reggie? I very clearly recall selling it--

Our friend 'ere brought it back for ya. 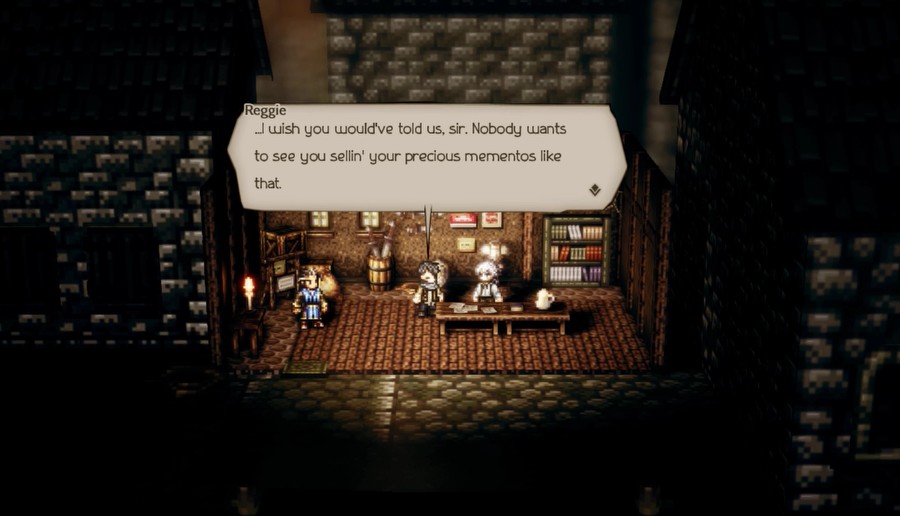 I understand. But Werner's reign began when my father fell from power. As his son, I have a responsibility to the townspeople to atone for that. Whenever I think of those who lost friends or family, an heirloom appears a mere trinket-- 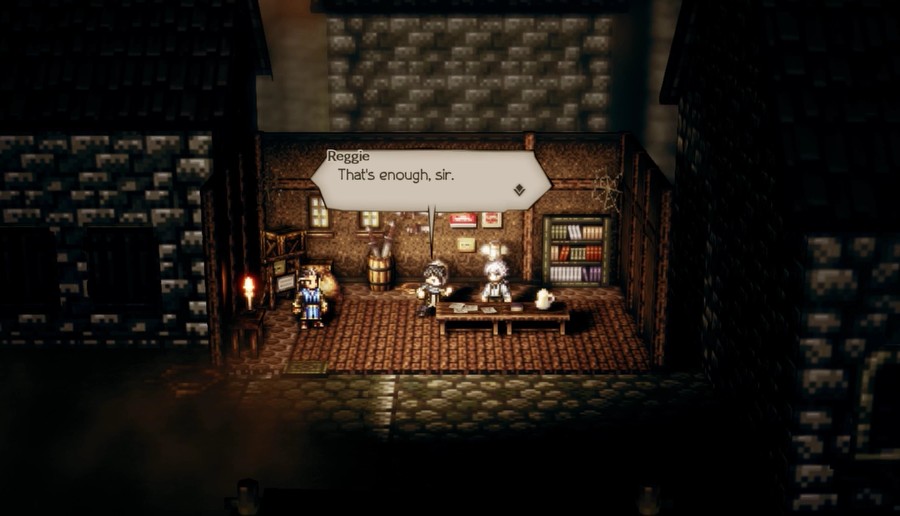 Everyone 'ere knows how hard you work to put this town back together. There ain't no doubt about it. If atonement's what you're aimin' for, you've already gone above and beyond it. 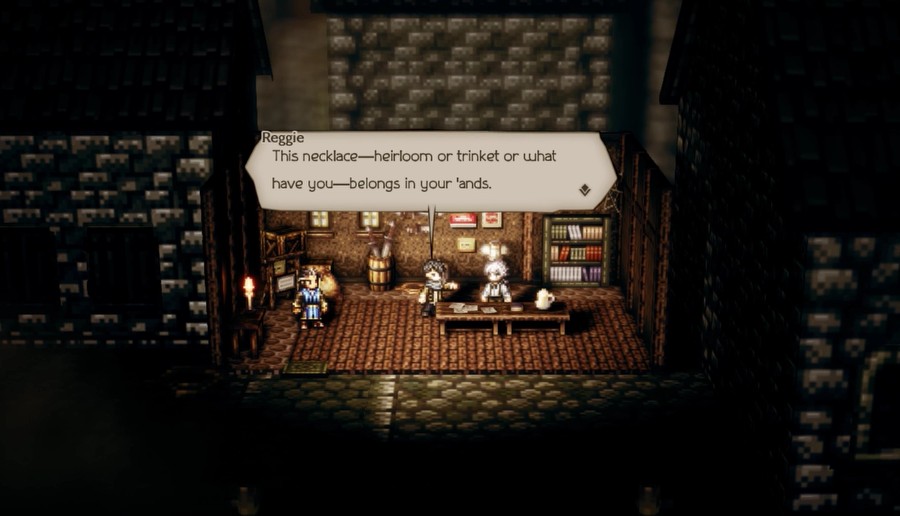 I 'ope it 'elps you as much as you've 'elped the lot of us. Now, it's time you stop starin' at the past and focus on the future. 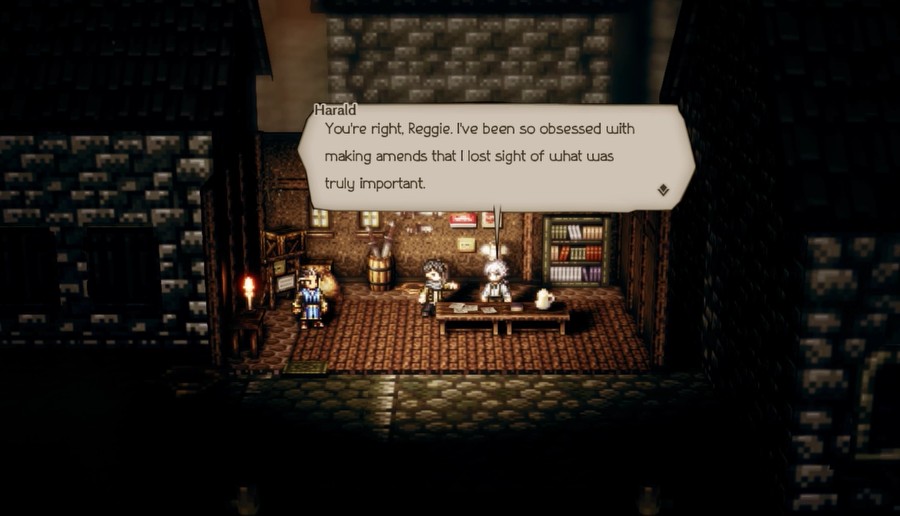 This necklace will be both a precious reminder of my family, and of this day. 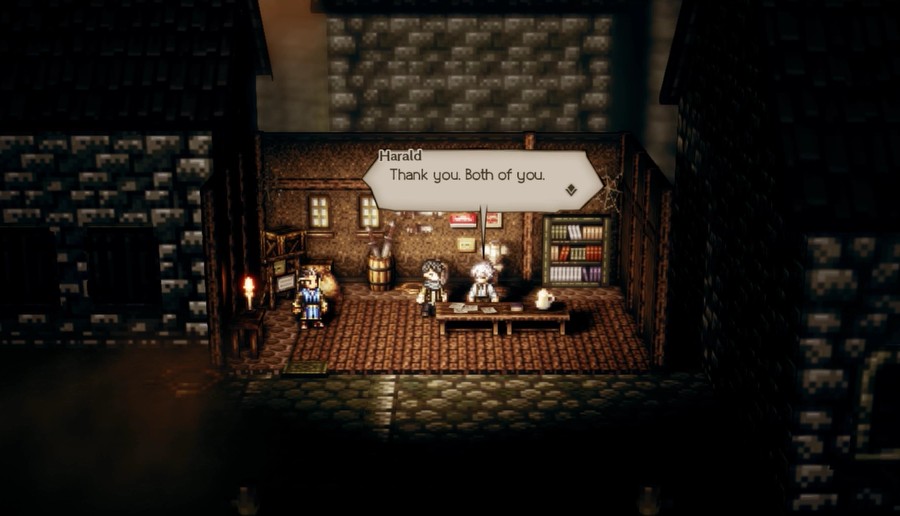 Harald felt guilty since he felt his family failed the town for letting Werner take over, but he's gone above and beyond to save and rebuild the town. Straight to the point with this one, which, fine with me! 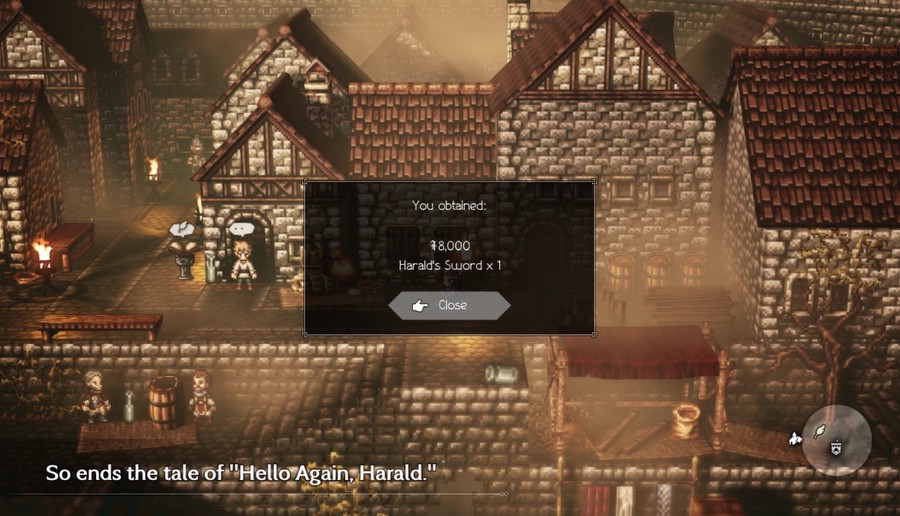 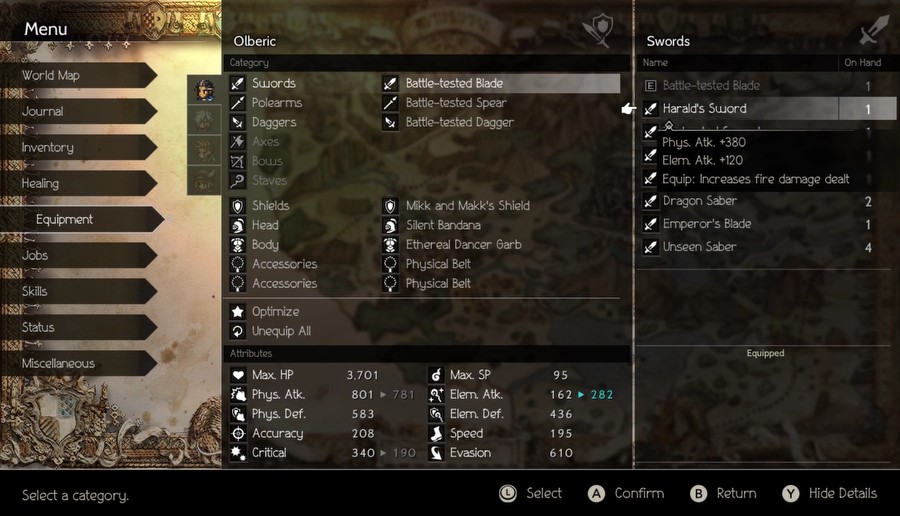 This is one of the strongest weapons in the game, and the second-strongest sword. The ElemAtk is so minor it's ignorable, but the fire boost is nice and it stacks with Heathcote's Dagger, which does have a good ElemAtk. It's great for hybrid characters like your Runelord, but it's also solid for a secondary physical fighter. Great reward. 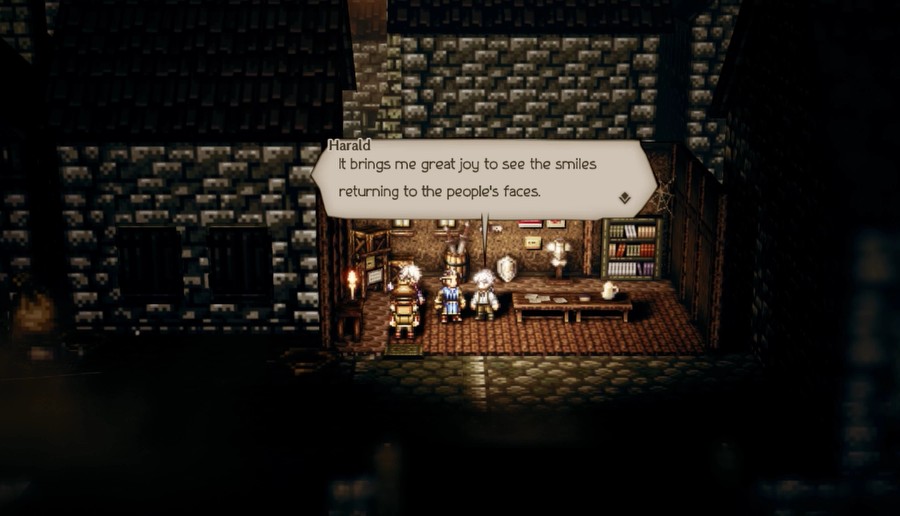 I will do everything in my power to ensure their happiness. 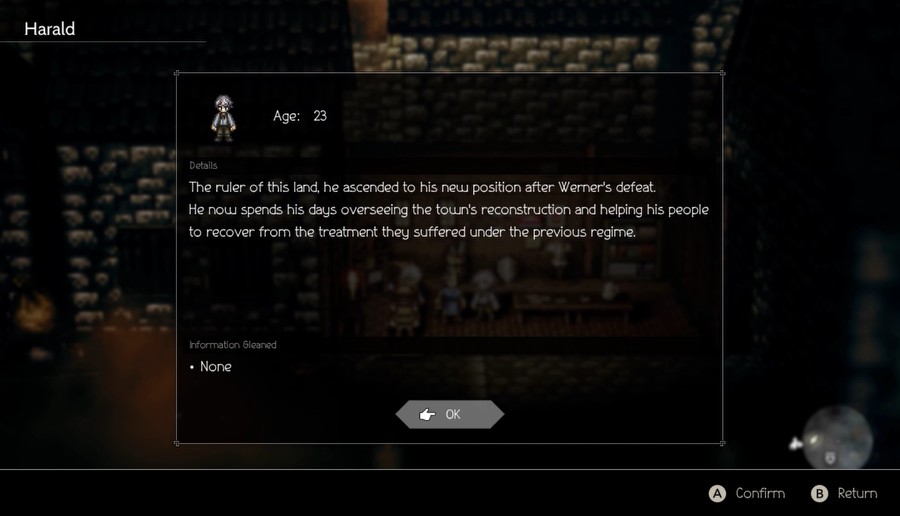 At any rate, it looks like this town's in good hands now that Harald's in charge. 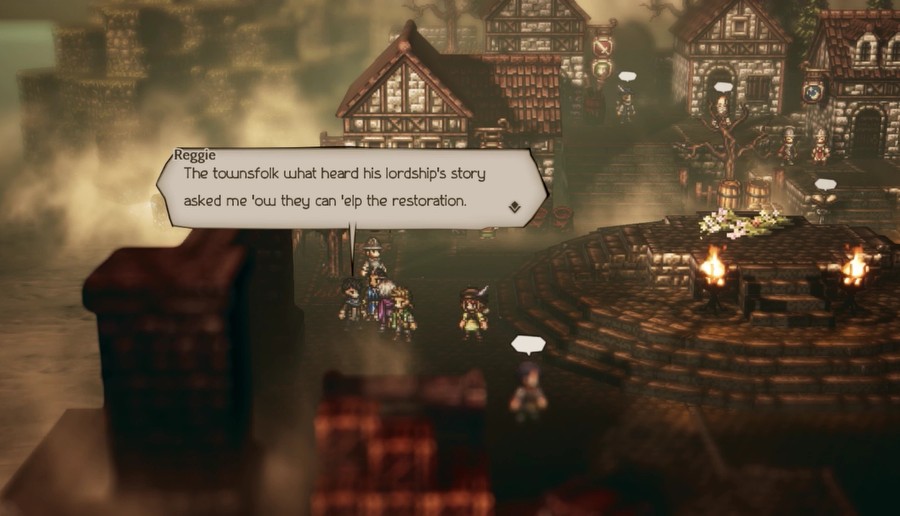 Together, we'll get this town back to--no, better than--the way it was afore.

Especially with Reggie and everyone else working together to bring Riverford to new prosperity.