206. Side Story: Alphas and the Impresario 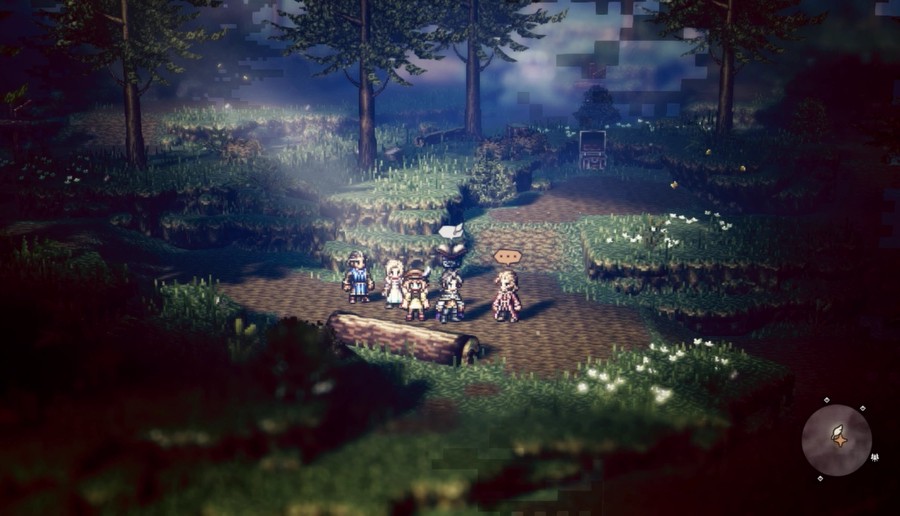 This side story's a bit weird, mostly because it's a set-up for the game's finale. It takes place in the area between Bolderfall and S'warkii, and involves another familiar face, the Impresario of the traveling actor troupe that Kit was involved with earlier. 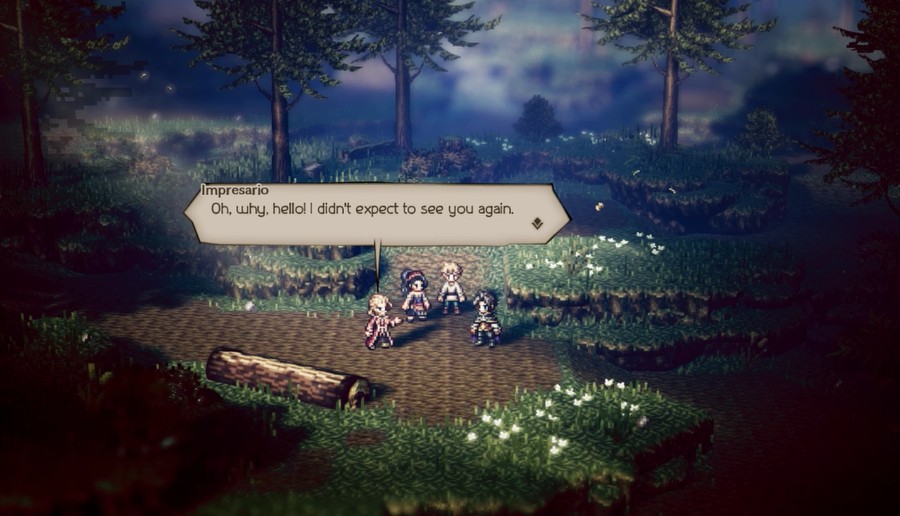 The troupe is all doing fine, though we do still miss Kit. 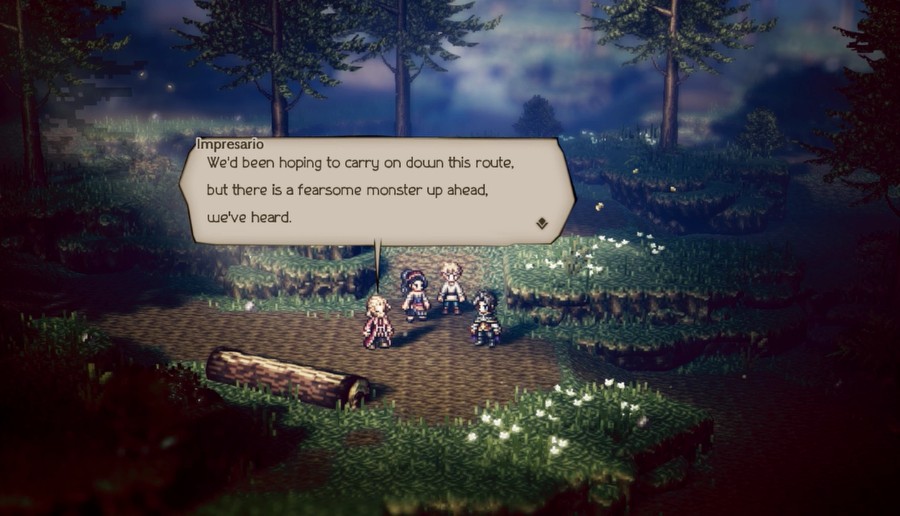 A traveling swordsman passed by not so long ago. Once we told him the rumors, he said that he would defeat the monster. But he has not returned... I do hope he's all right. 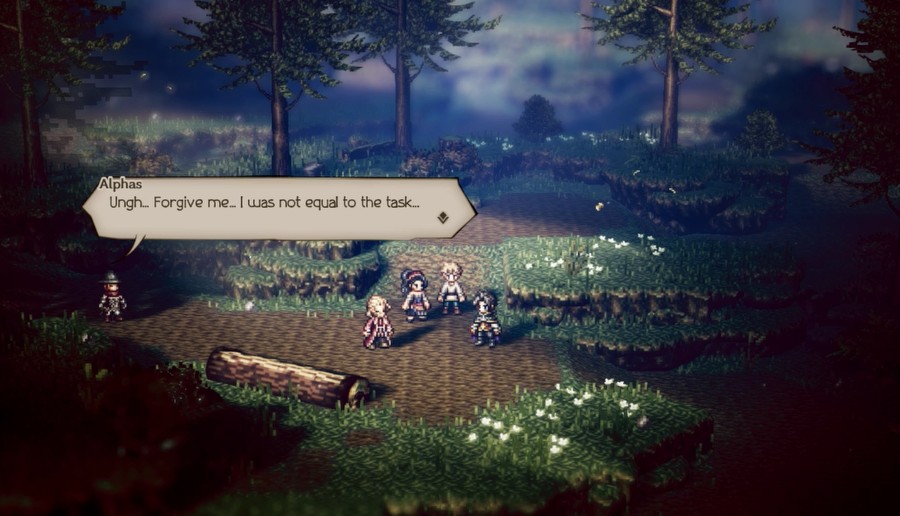 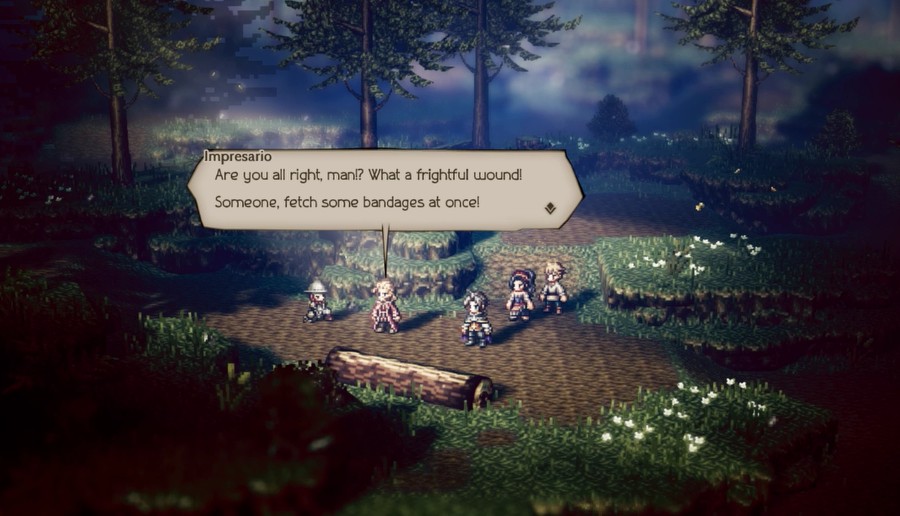 Please, do not trouble yourself on my behalf...hm? You there...!

Do you know one another? 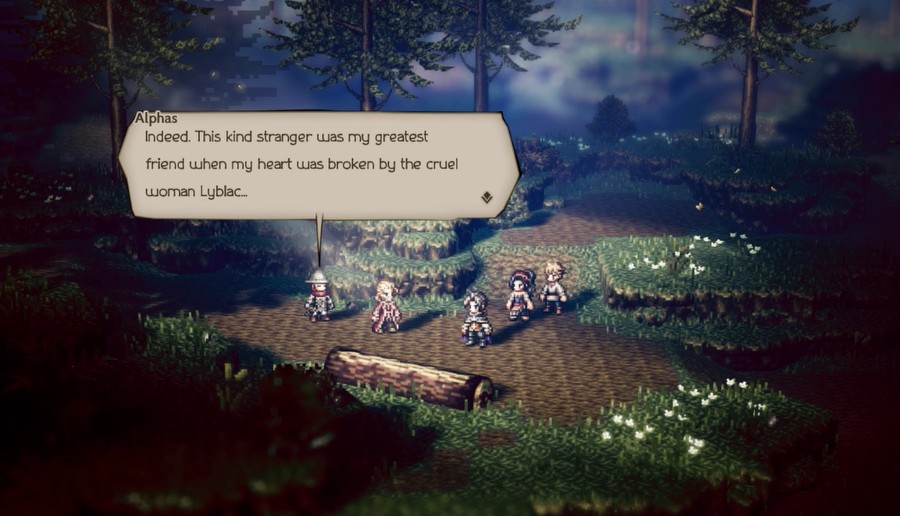 ...Responsible for bringing me to the lovely Flora, my true love and other half.

Naturally, in a side story named "Alphas and the Impresario", Alphas is also involved. 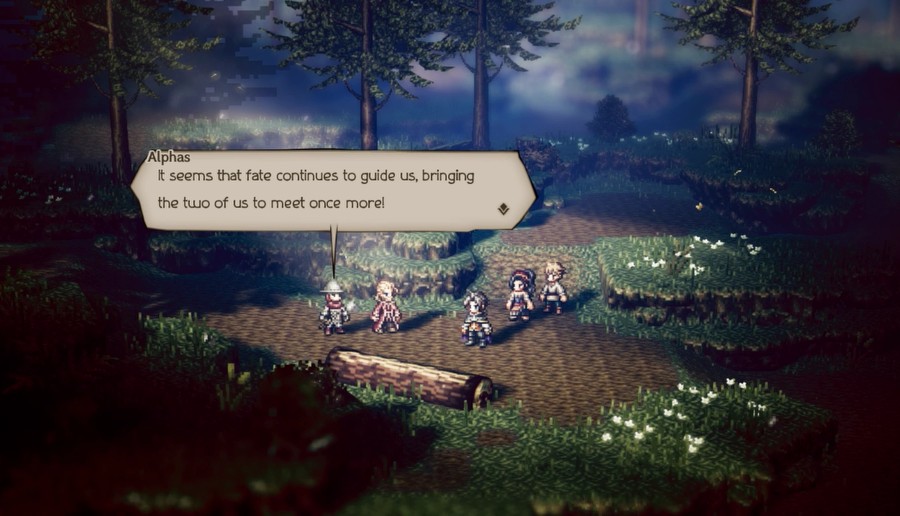 I feel quite the same. For all that you have helped us in the past, I hope we might ask your help once more. 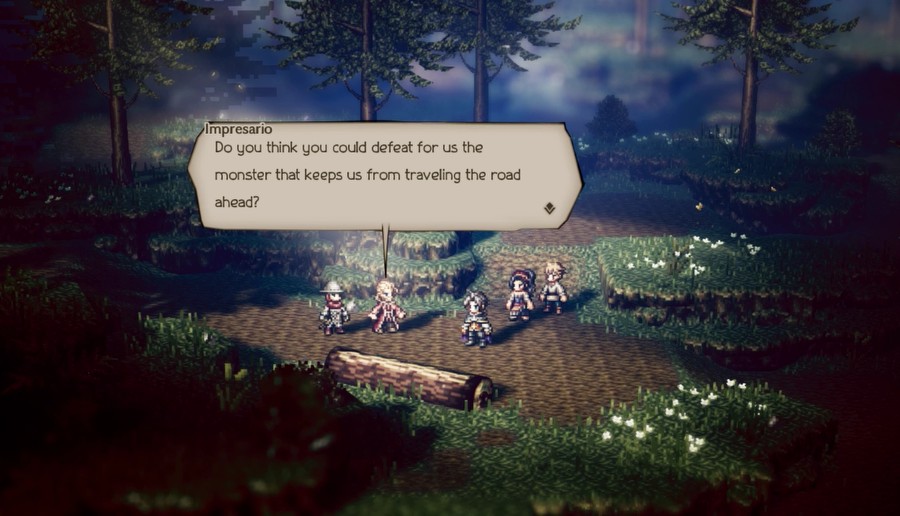 I would also be glad to leave the task to one as able as you. The monster is a fearsome one, but I know your strength.

If even you cannot defeat such a monster... I don't know who would be able to. 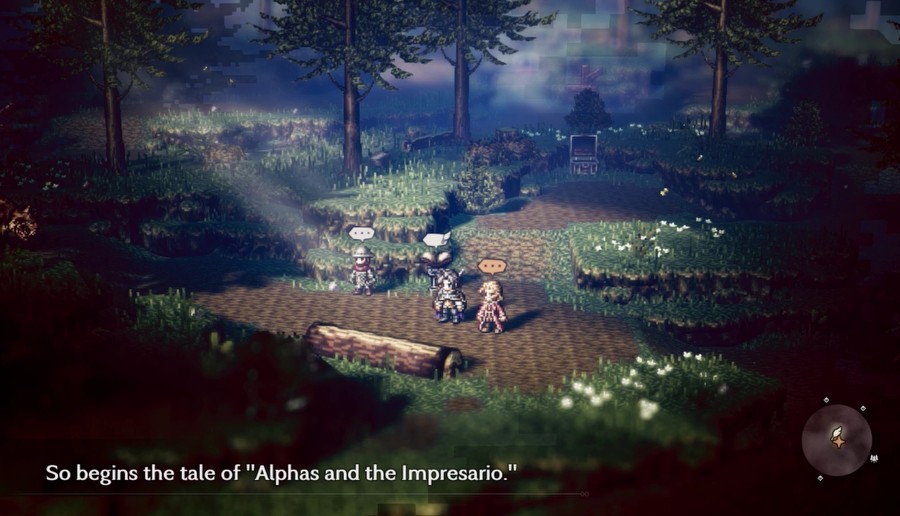 So yeah, kill a monster, you know the deal. 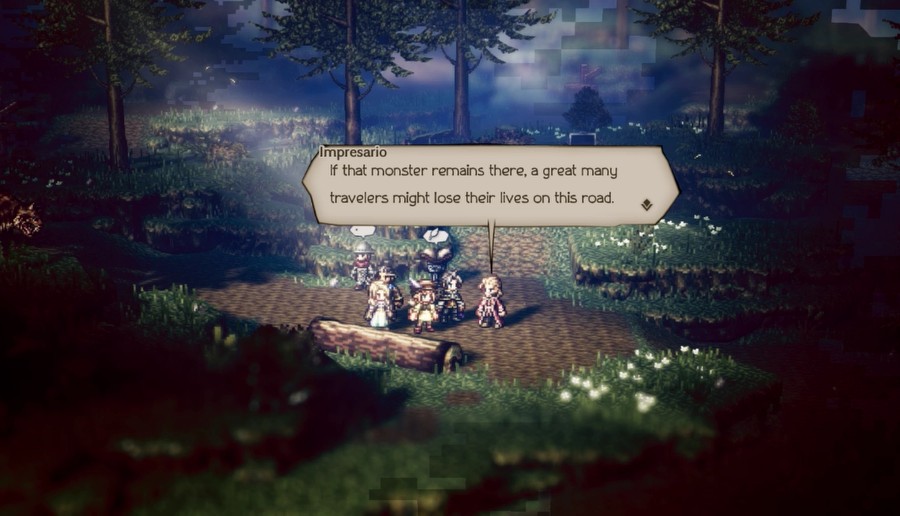 I hope you will be able to help do something about it. 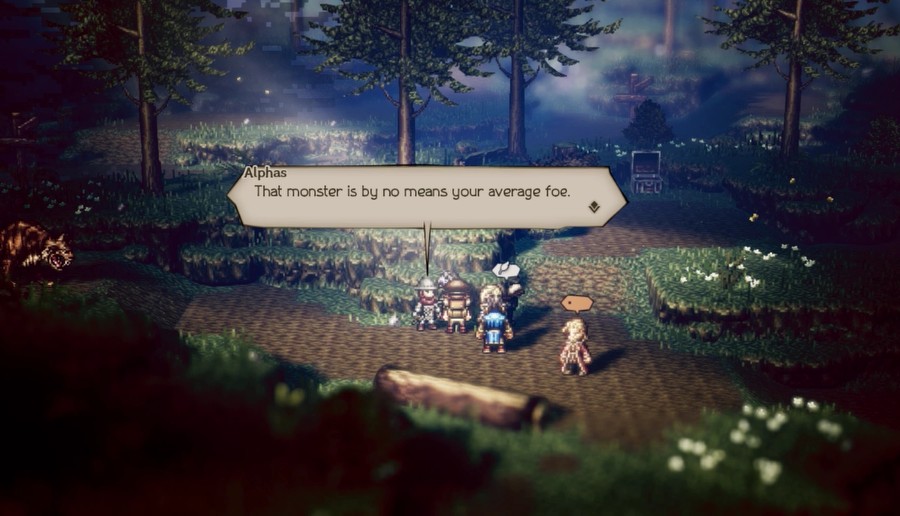 Approach it with care and keep yourself safe.

Just as long as it's nothing like that damn direwolf, we should be fine. 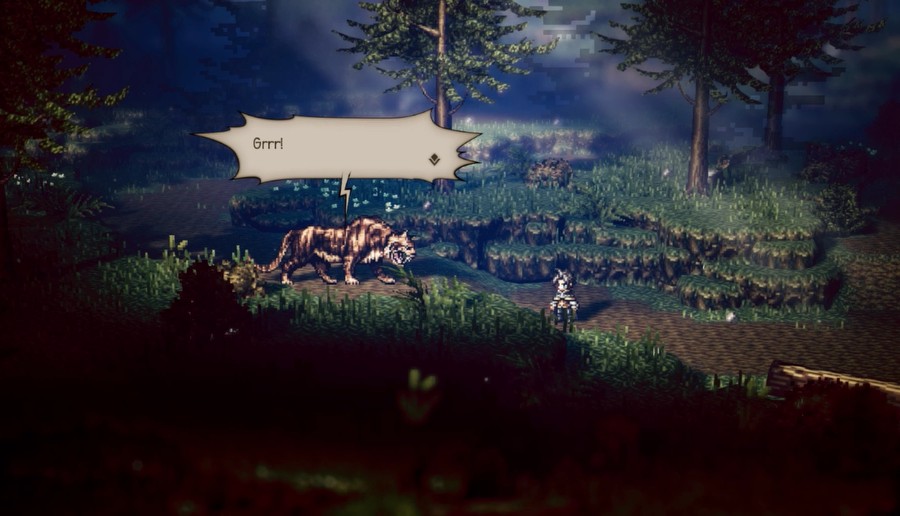 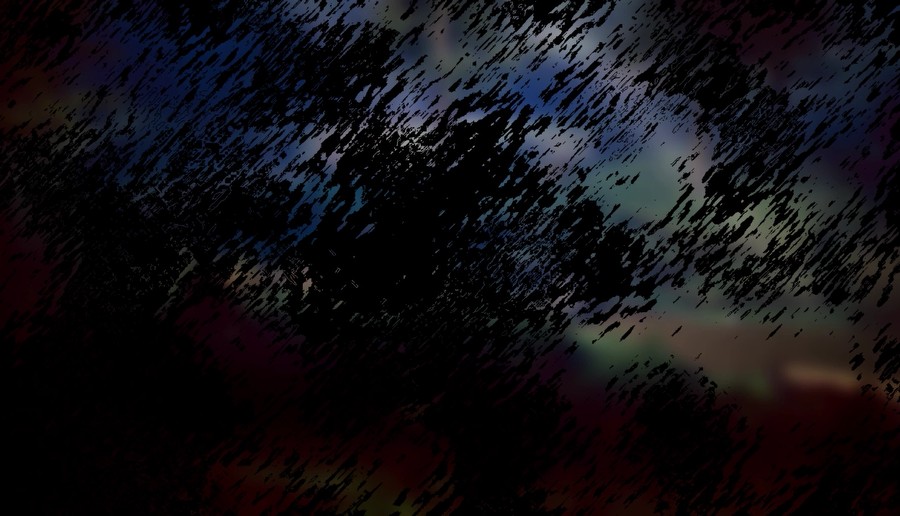 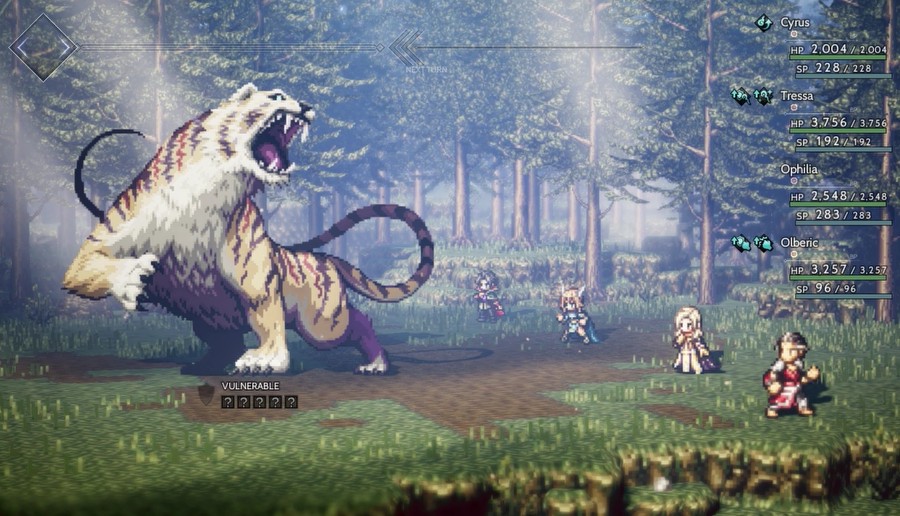 Our foe is a giant Azure-eyed Tiger. 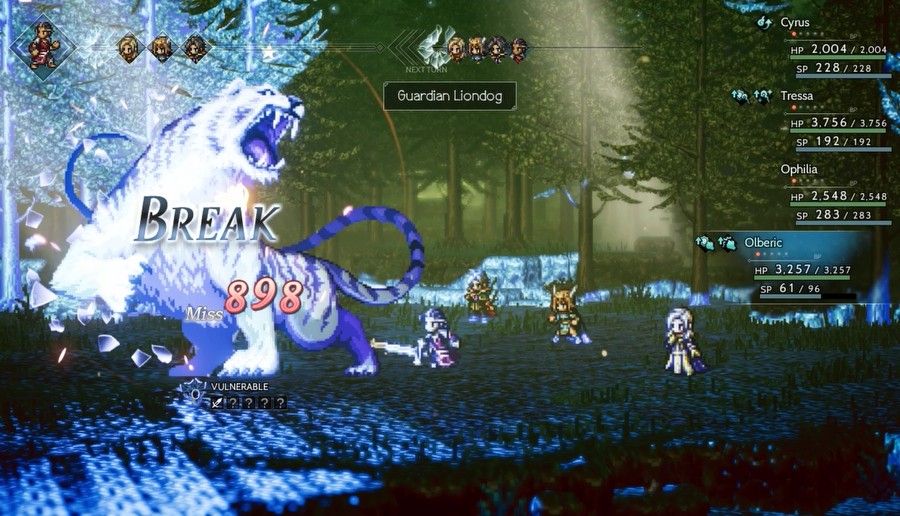 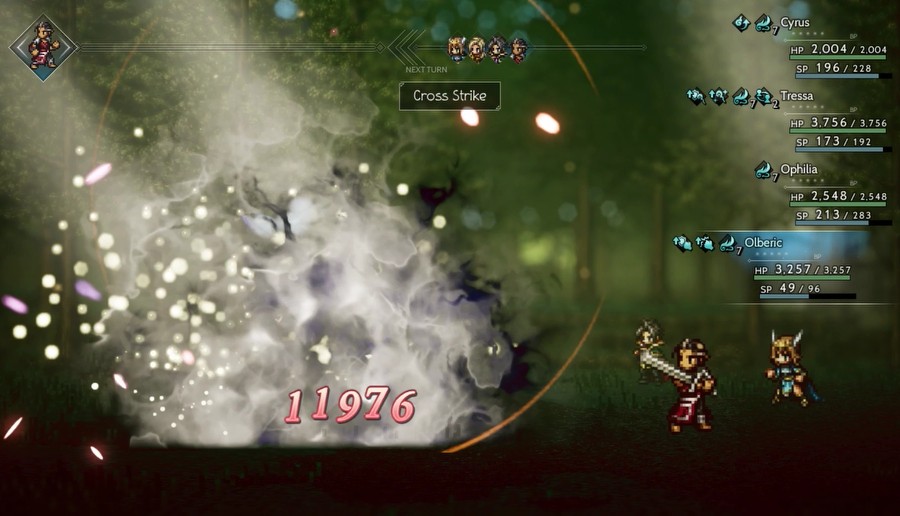 It doesn't even get a single action. I break it with my first action and kill it in two rounds. 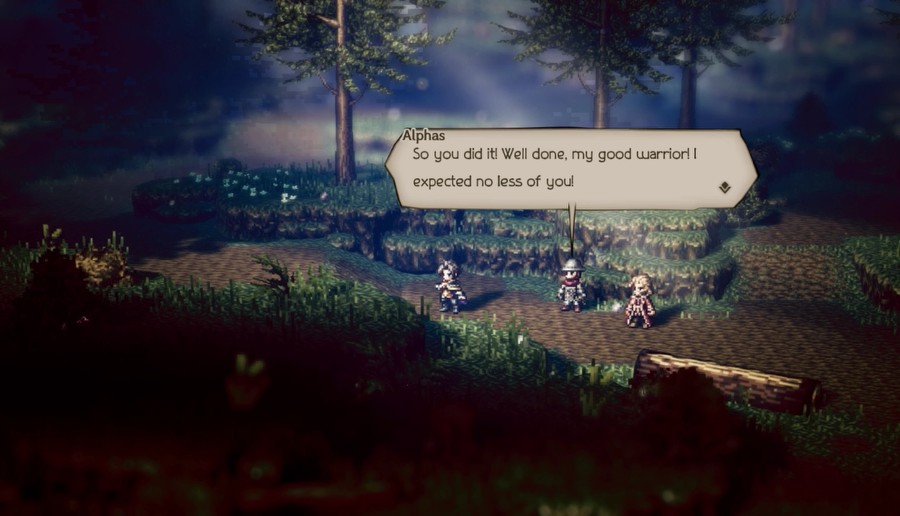 Astounding! You are even stronger than I knew!

You took the very words from my mouth! My friend, you put my skill with a blade to shame! 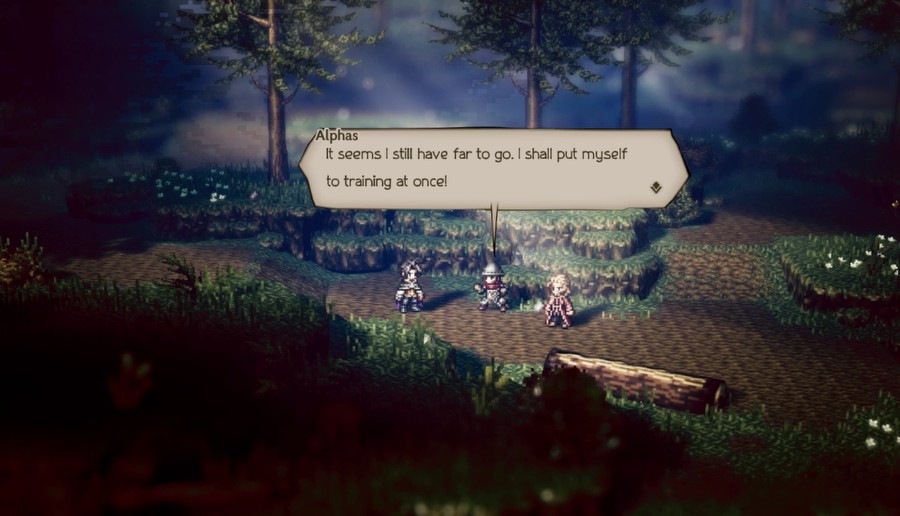 I remain grateful for your aid in this fight!

Thank you from me and the troupe, as well. You've done us a great favor again.

It's your bog-standard side story. However, there's a couple little wrinkles to the end of this one... 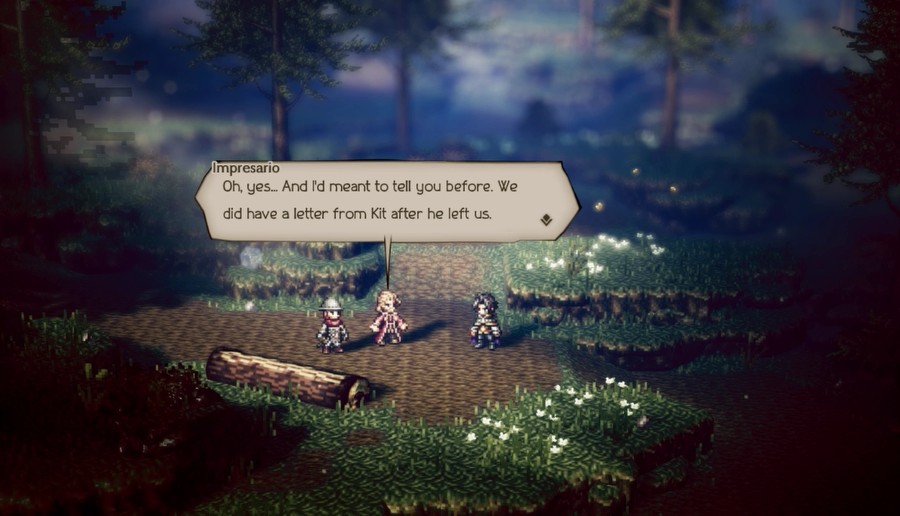 He is headed now to the place where he is to meet the woman who knew of his father.

Oh, are you speaking of a common acquaintance? And what a coincidence... 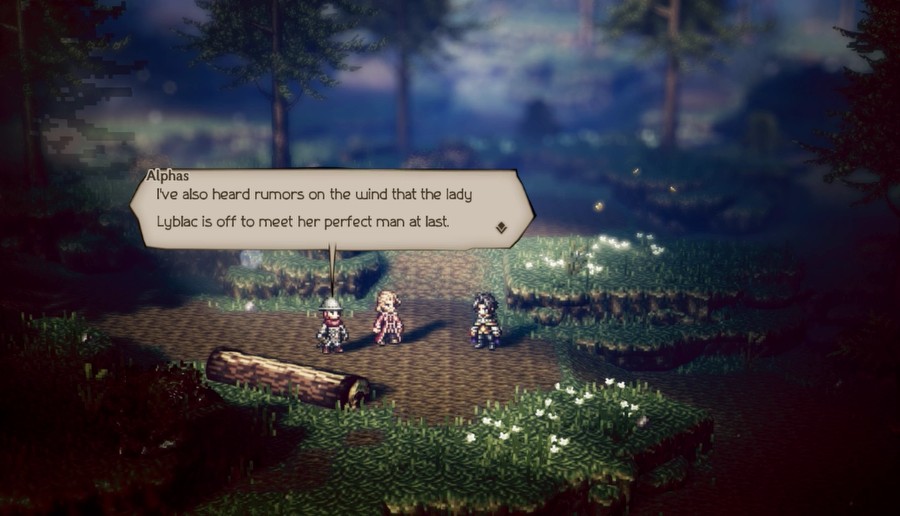 It seems she was headed for the land once known as the kingdom of... 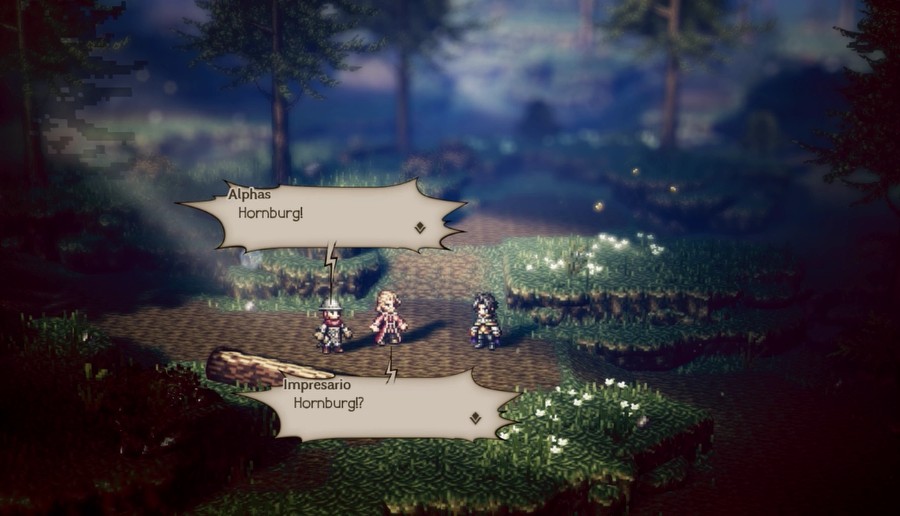 Wait... Lyblac and Kit are heading to the former kingdom of Hornburg?

What are the odds? 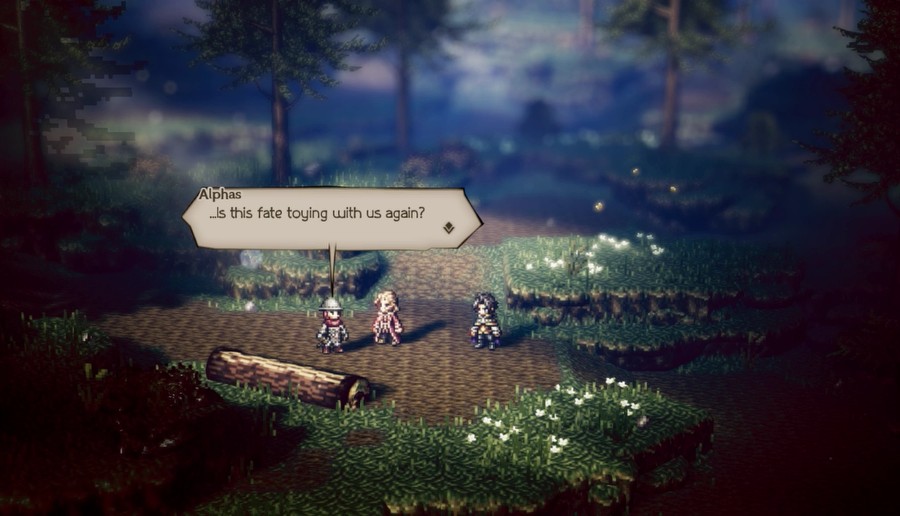 A coincidence...? I suppose stranger things have happened... 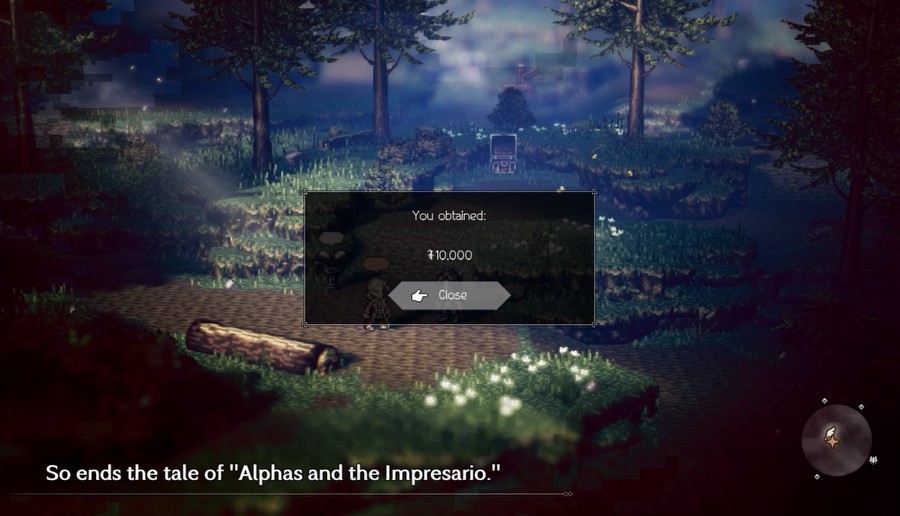 The Impresario will begin the final side story of the game. 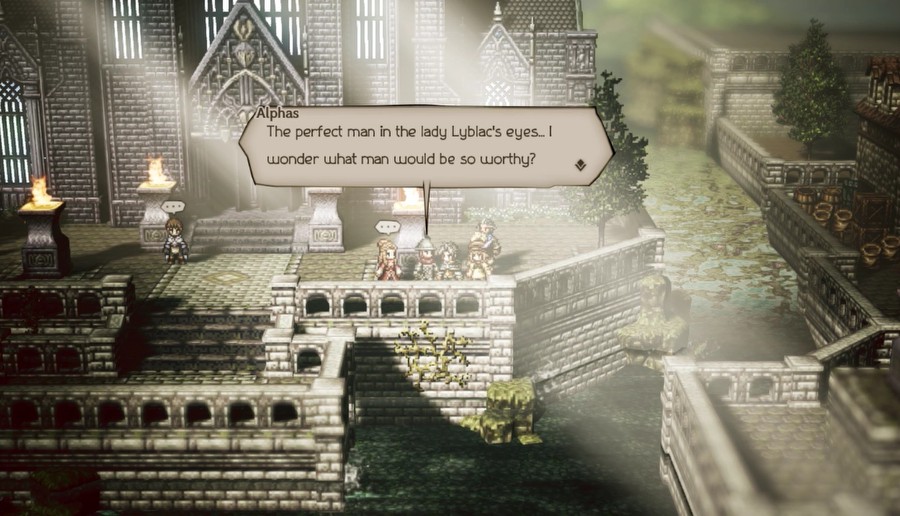 Of course I have my Flora now, but I still do admit to a certain curiosity! Hoho!

So assuming these two are traveling together, what does Lyblac know about Kit's father, and why are they traveling to Hornburg?

Next time, many truths will be revealed to us, as we begin the final side story and take our final journey to none other than the fallen kingdom of Hornburg, where we will face trials far greater than what we've overcome so far. The final two updates are upon us!