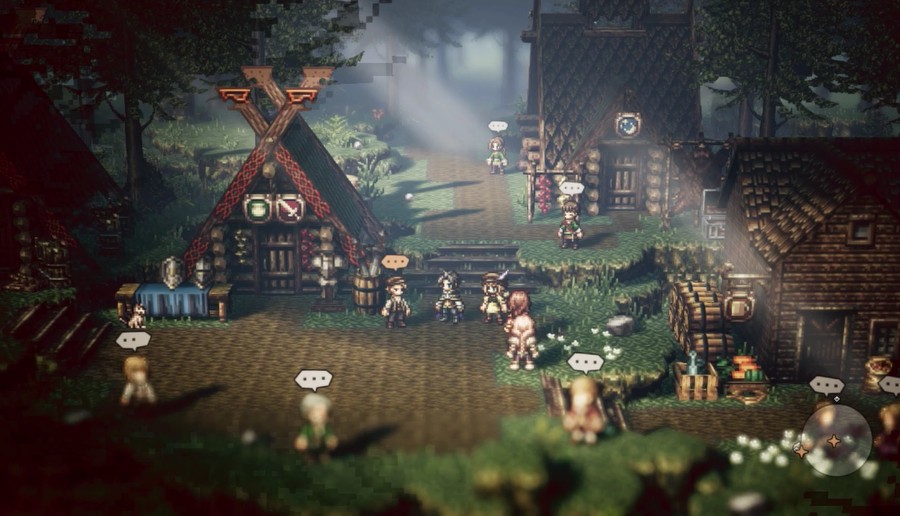 There's another short, simple, and easy Side Story to do in this town, and it involves talking to this guy. 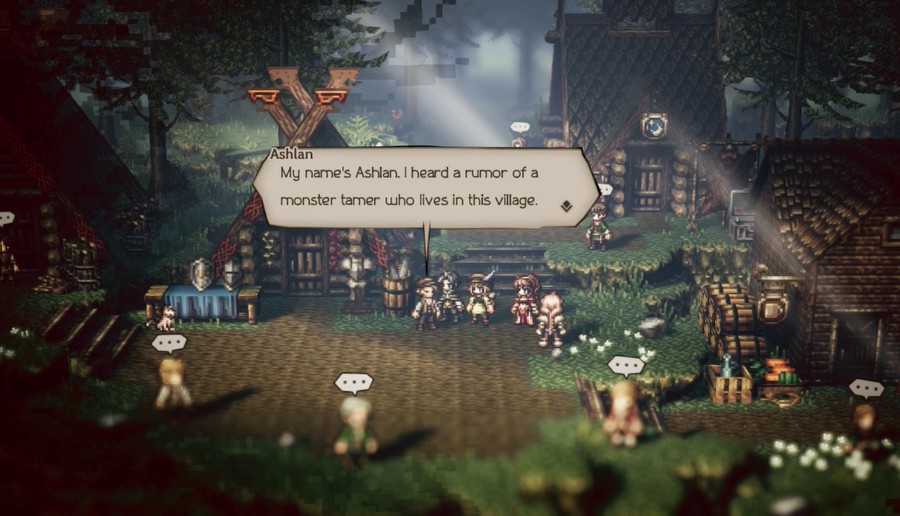 Pray tell--have you heard such a tale? 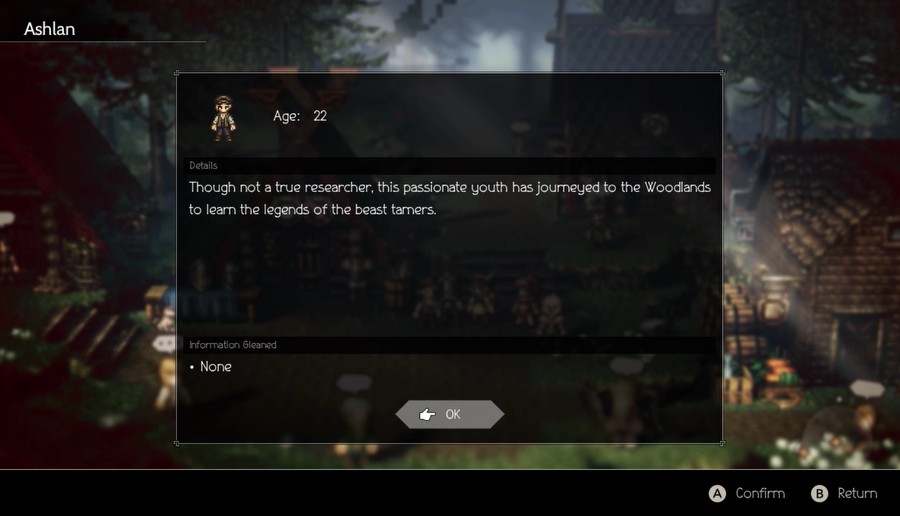 It doesn't pop up the quest title because I already have the information he needs. 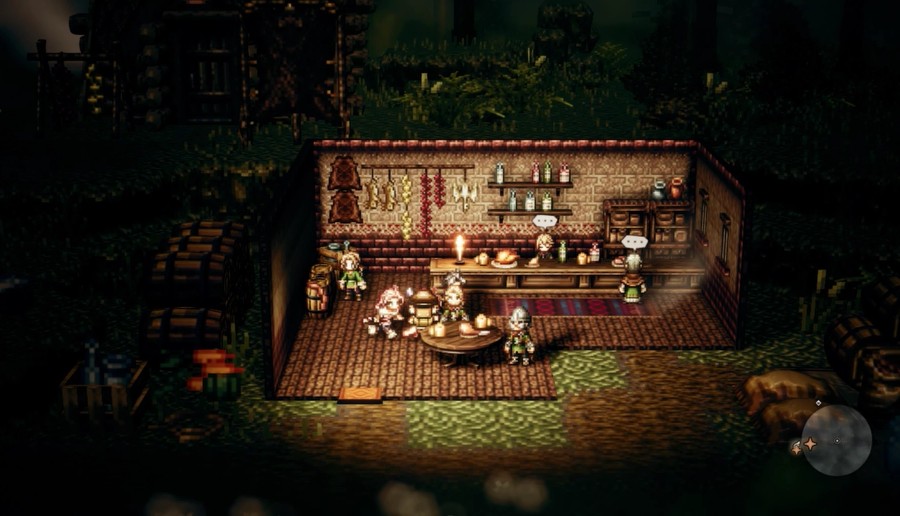 ...because I already chatted up the man at the bar while doing the town rounds. I didn't bother showing it off then because, well, I'm showing it off now. Folk these days forget the old tales. So I've taken it upon m'self to remember them on their behalf. There'll come a day, I say, when we'll be needin' them again. 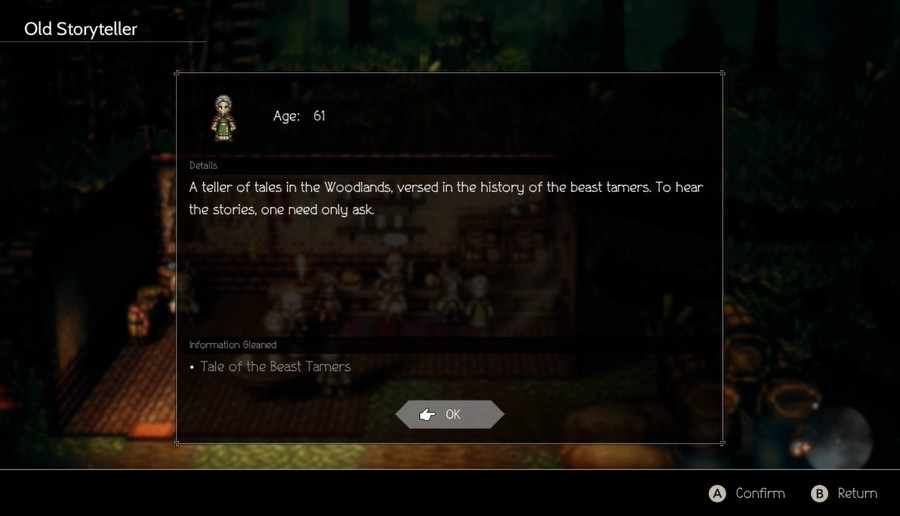 Since I already got that information off-screen, it's grayed out here. 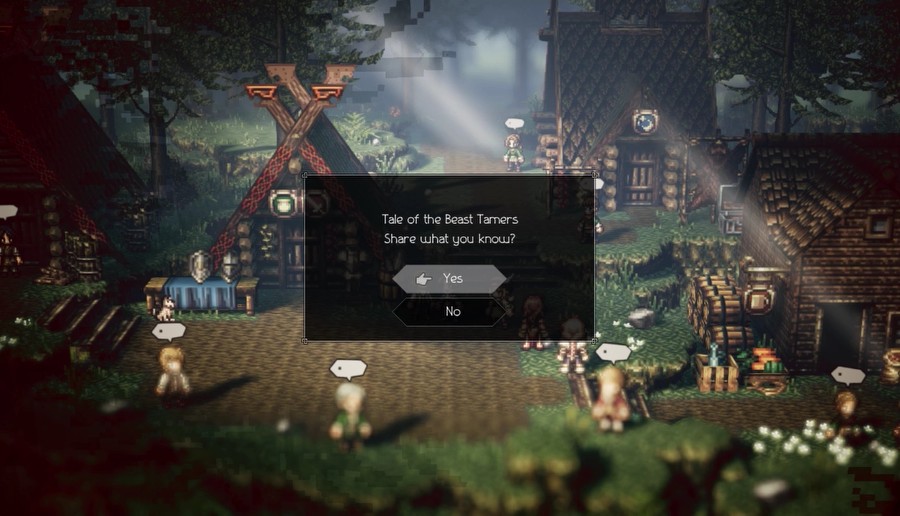 At any rate, this is all we need to finish this quest. 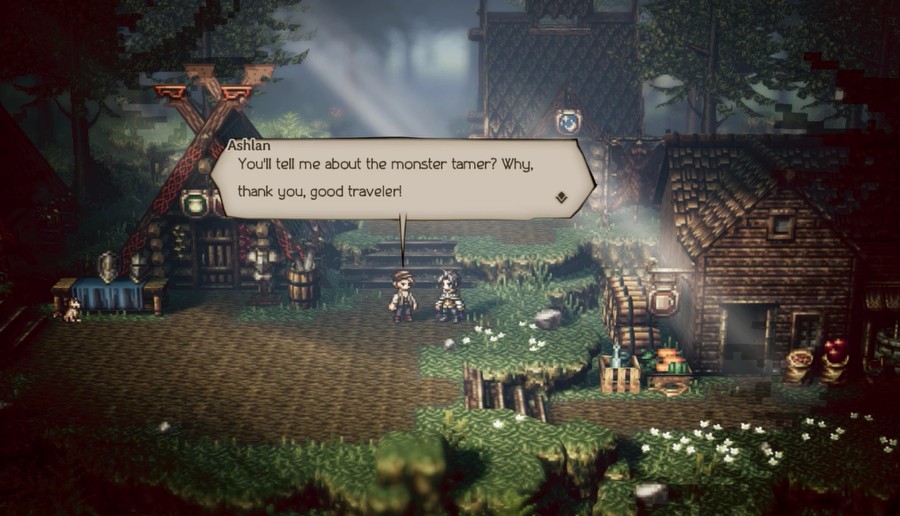 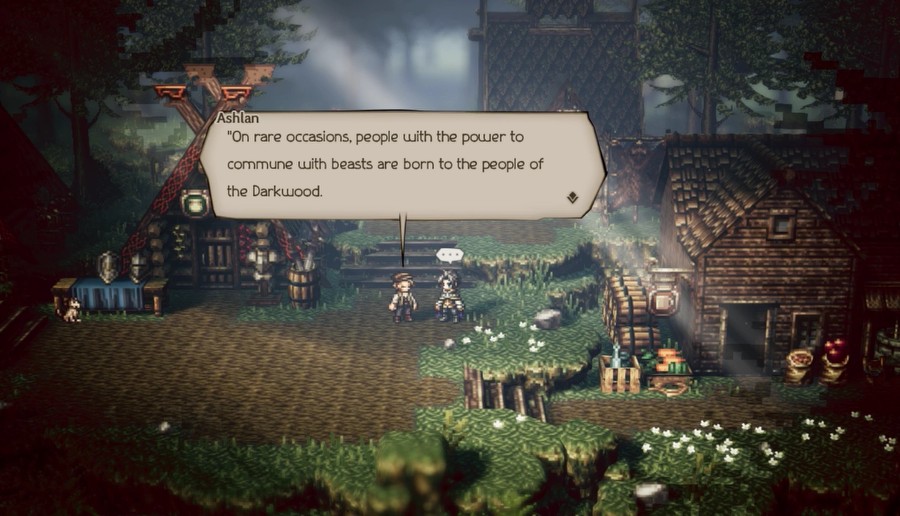 "These monster tamers learn from older masters how to bend beasts to their will."

Yes, that is what I just said. 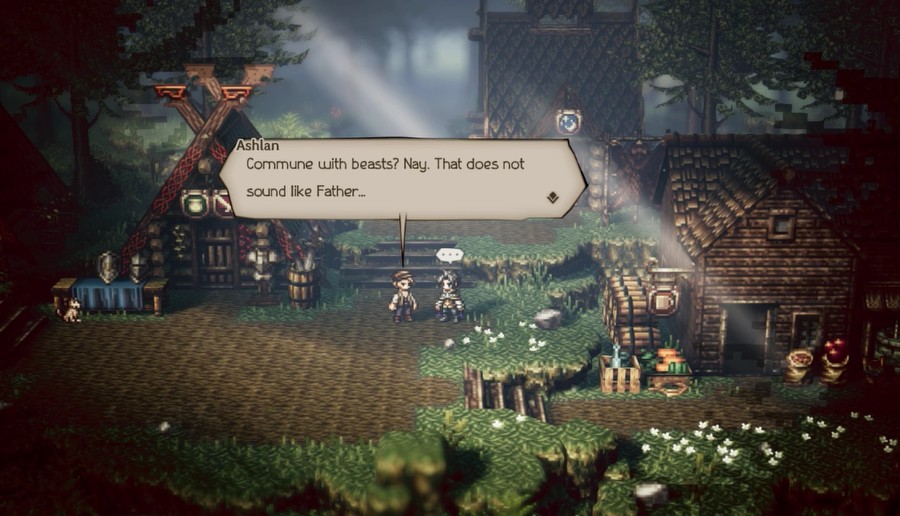 "The neighboring tribe, the people of the Greenwood, also had monster tamers in their midst." 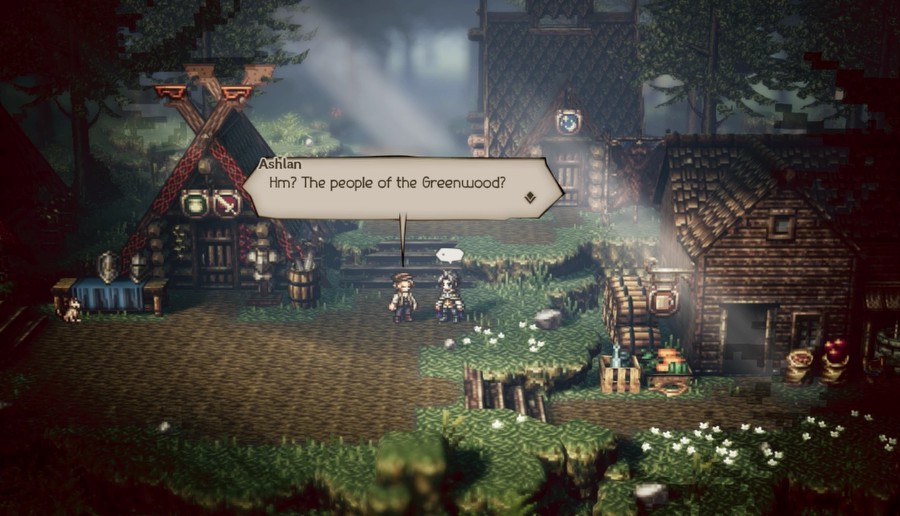 Yes, the people of the Greenwood. 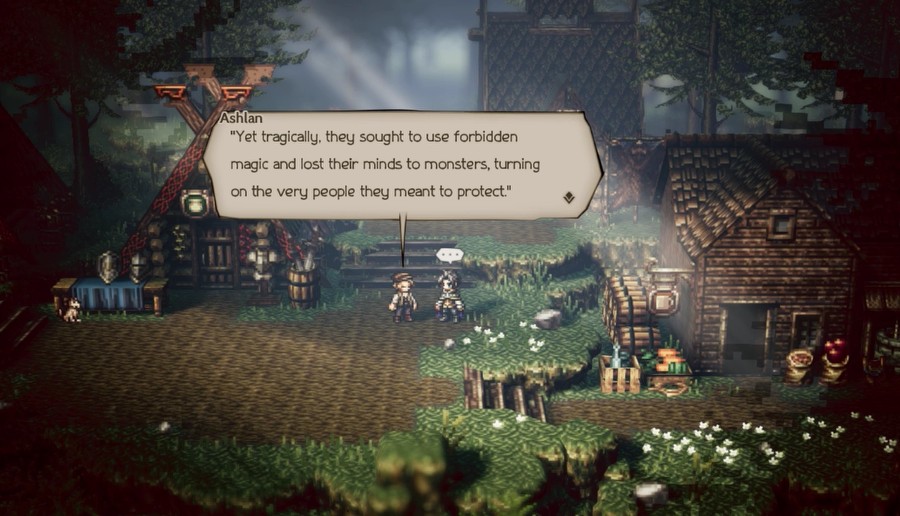 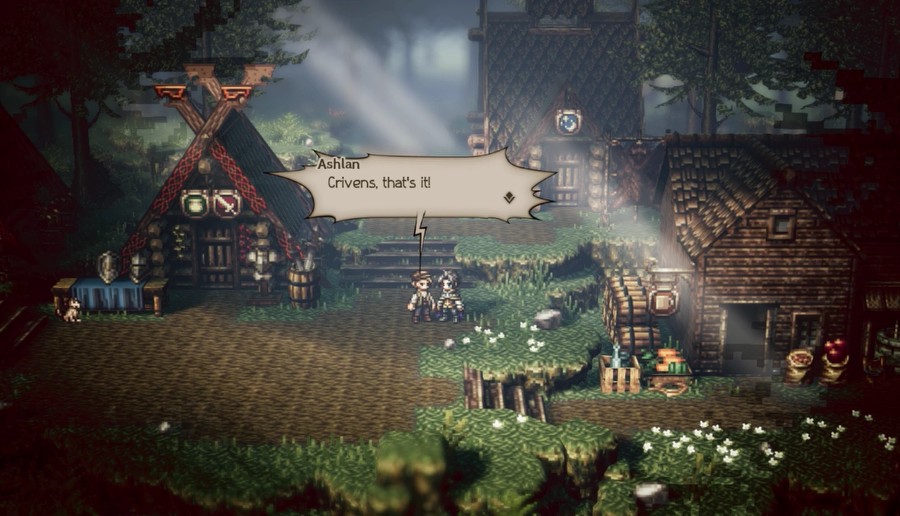 ...Beg your pardon for the outburst. Truth be told, I am searching for my long-lost father. 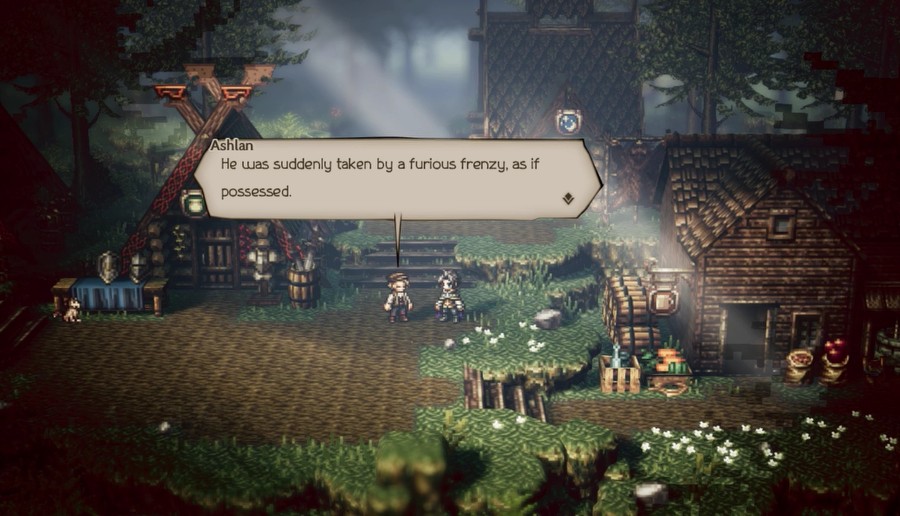 I saw it myself, even as it happened. A giant serpent coiled around his shadow. In the next instant, my father was gone. 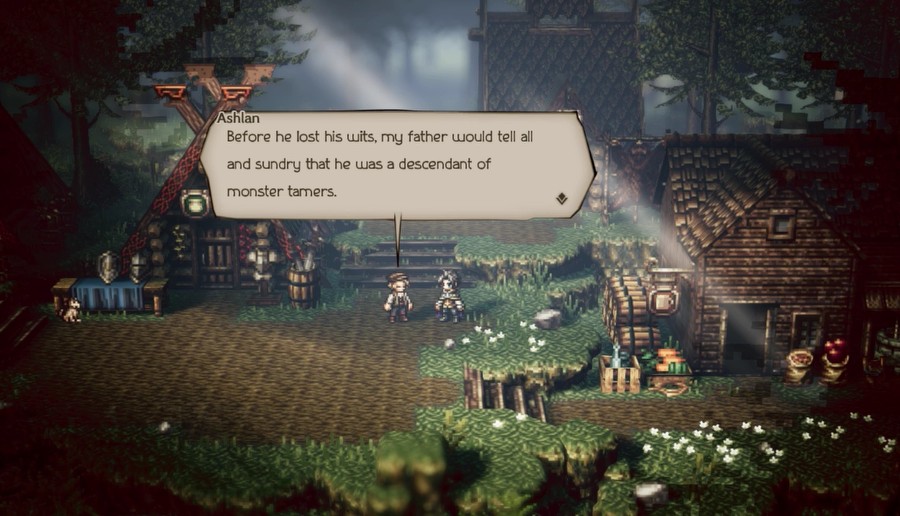 I believe now that he resurrected their forbidden magic. According to legend, the Greenwood tribe was defeated and driven away by the people of Darkwood. So dangerous was the magic that they dared to dabble in... 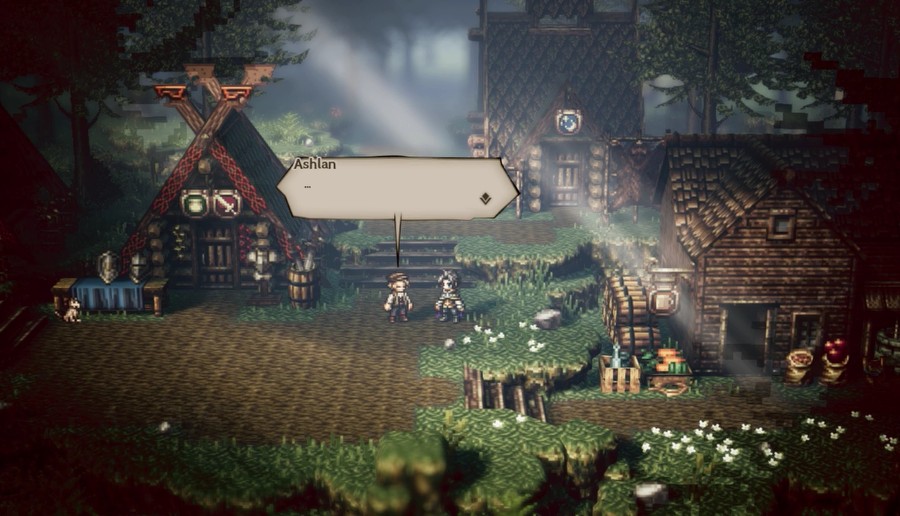 Gods a'mercy to you. I am one step closer to finding my father. If my father is indeed under the thrall of some beast, then I have no choice but to slay his captor. 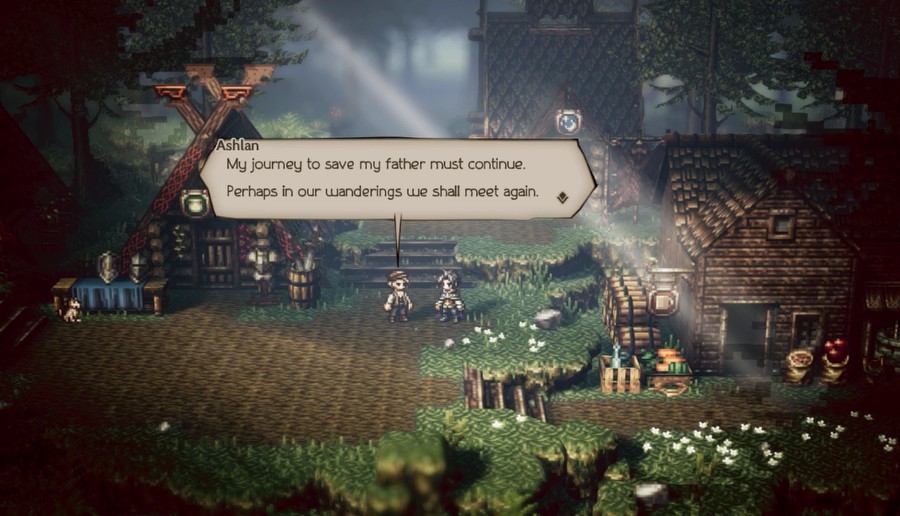 But for now--fare thee well. 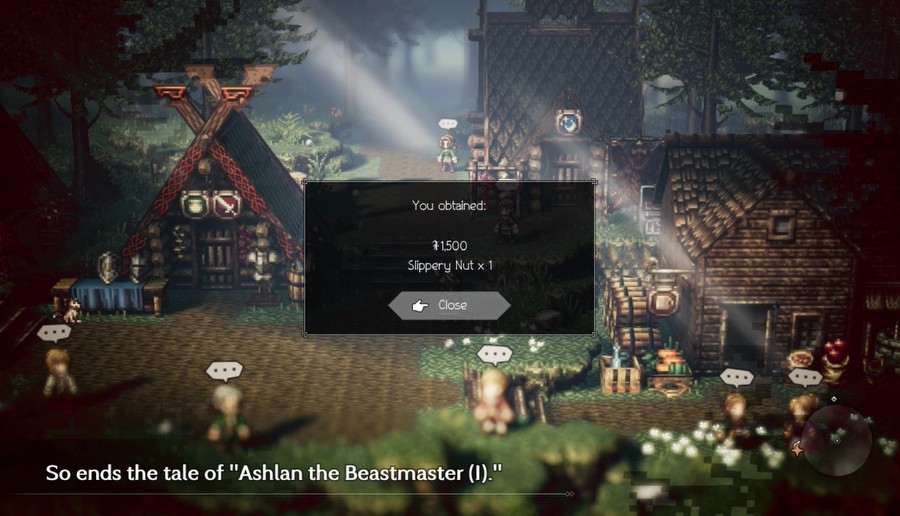 We'll continue this quest line in the future. But for now, it's time to head to Clearbrook and recruit our next character.

...If I can stop playing Smash long enough to do so, of course.