So we saw what would happen if Crono and company tried to beat Lavos and failed.

But what happens if they succeeded? Good question, because this ending doesn't really have anything to do with...anything!

:siren: DO NOT TALK ABOUT THE MUSIC. :siren:

Weird, I know, but there's a better time and place for that. Trust me, you'll know when it's time to talk about the music. This ending is fluff. It's just weird random antics that have nothing to do with anything. It's kind of an outlier in that regard, as most of the other endings generally follow the formula of "What would happen next if the party defeats Lavos right now?" like The Successor of Guardia. There's a couple other weird ones, but they're generally significantly more entertaining. This entire thing is the frog trying to wake up the sleeping blue creature while the credits play. And...that's pretty much all I have to talk about as far as the ending. So, I don't know, let's dive into Chrono Trigger itself a bit more. We've gone through ten updates, three endings, and some bonus thing. We have a good idea of its strengths so far, so let's chat it up.

Chrono Trigger is an upbeat game. Things do get dire, as we saw with 2300AD and the last ending in particular, but it's also a light and breezy game. The key thing is it blends these tones well, adding weight to the brisk nature while maintaining a "can-do" attitude. Hell, the game gives you plenty of opportunities to take on the final boss whenever you want! The cast is distinct, each person having their own personality, and they all interact heavily and bounce off each other. This gets dampened a little bit once you're more free to choose your party, but you still get plenty of interactions, and this ends up feeling like this group is a group of friends. Our current group of four are already pretty loyal to each other, and our next two party members end up fitting in just fine. The battle system is simple and pretty easy once you know what you're doing, but the Dual/Triple Techs add a lot as far as your party composition goes, the positioning encourages using different Techs depending on the situation, and the game gets around its low difficulty curve later on with plenty of gimmick fights to see if you can pay attention and adapt your tactics. Plus the general presentation is phenomenal. Large, expressive sprites over detailed backgrounds, solid enemy design, and of course Mitsuda's wonderful score. This game pretty much shows the SNES at its best.

For me, the game's best quality is its pacing. You're given a lot of freedom to do things and explore at your own pace, but once you know what you're doing you can really breeze through the story, especially in New Game +. This makes the game a lot easier to replay than most other RPGs, which can have some really slow spots at times.

All this in the first, maybe, two or three hours? Obviously things will get more elaborate and interesting very soon, and this game still has many tricks up its sleeve. So why didn't most RPGs copy what Chrono Trigger does right? Why are random encounters still a thing, why are there so many lengthy cutscenes, why does Tokyo RPG Factory just take the battle system and ignore the rest of what made CT work? It's really difficult to say. Some franchises like Dragon Quest were too rooted in their traditional gameplay to risk some of the larger changes Chrono Trigger made on the RPG formula, while others like Final Fantasy were in the middle of large transitions thanks to the massive leap to the Playstation. Chrono Trigger may have had a larger effect on the RPG landscape if it weren't released near the end of the 2D Golden Era (though obviously many 2D RPGs still continued into the Playstation era and beyond). 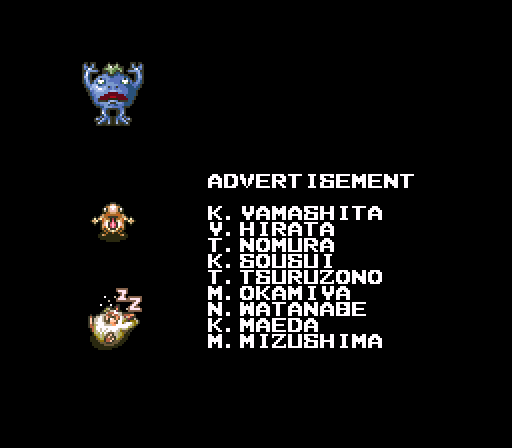 Or maybe it's just that difficult to really pull off everything Chrono Trigger did right. This game took some of the greatest talent in the jRPG industry at the time to pull off, and it'd be hard to get enough diverse talent together to do something similar today. Plus while Chrono Trigger does a lot of stuff very well, it's not really "the best" at anything besides its lightning-fast pacing. Generally the Final Fantasy games stand out when people think about favorite stories or characters, and of course a ton of RPGs beat out CT on gameplay. And maybe that breezy, lighthearted adventure romp may turn a few people off. But honestly, I have no idea what the reason is. Maybe I'll figure it out as I continue to LP the game and run through everything, but probably not. At any rate, this is more of a recap of things I've already said earlier since I had to write something for this update. Honestly, we haven't really gotten started yet in this game, discovering Lavos and getting a robot friend are just the beginning. Things will start ramping up in the next couple updates, and this game gets better and better as things progress, so strap in.