This update happens between defeating Magus and defeating Azala. Ayla's presence in the party doesn't affect this ending, so you can do it before or after recruiting her.

The ending begins just as the game begins. It seems overplayed now seeing we just had that dream fake-out a couple updates ago... 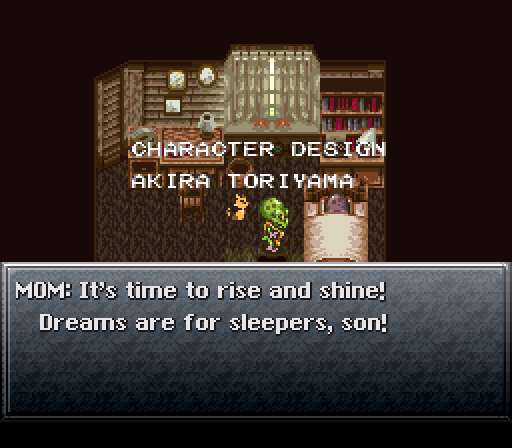 ...but there's a big difference between the game's intro and this ending. 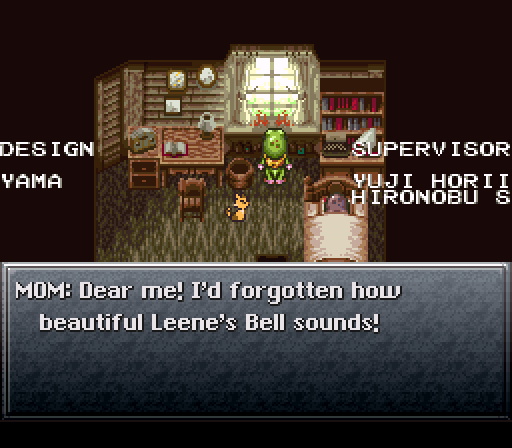 Crono and his mother are Reptites. 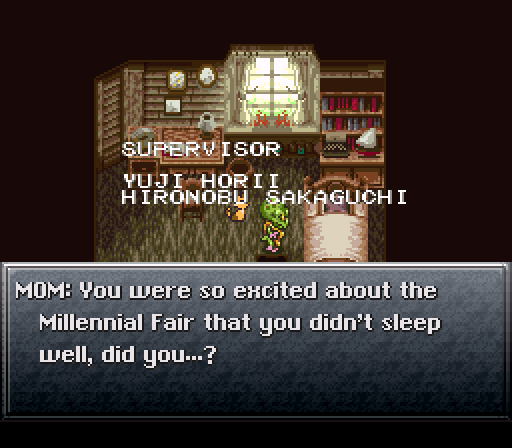 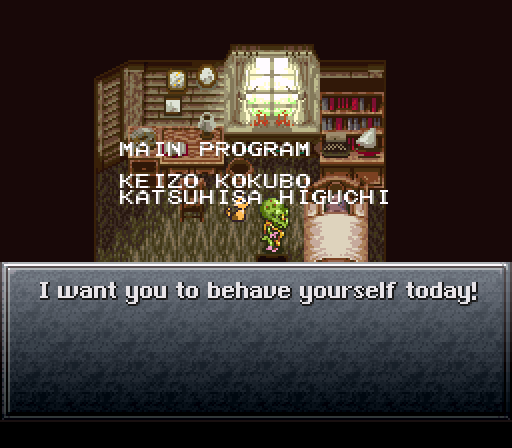 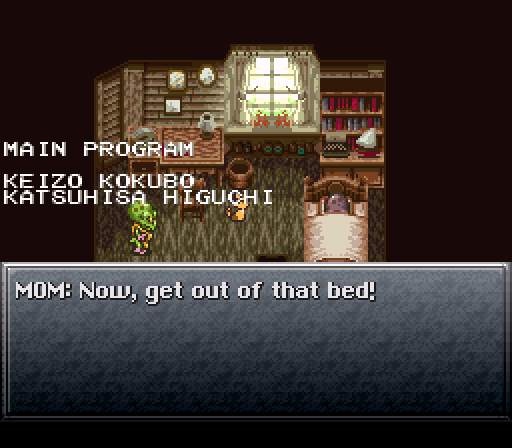 At least they're Reptites who are friendly with cats. 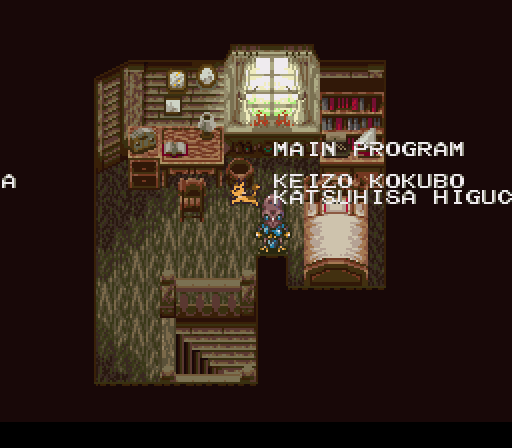 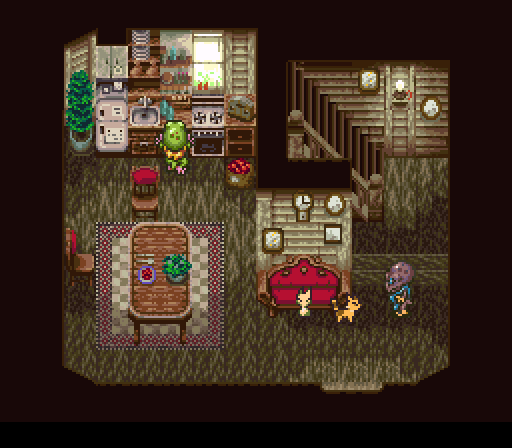 This new music plays during the rest of the ending. Pay it no mind for now. 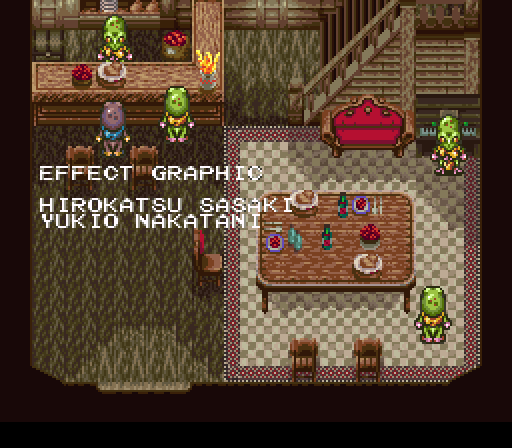 At any rate, it seems everyone is a Reptite now. 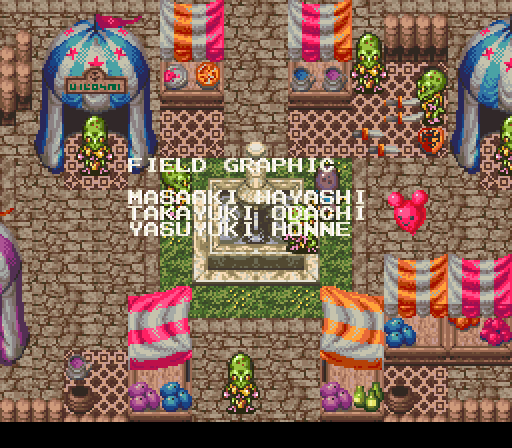 And I mean everyone. 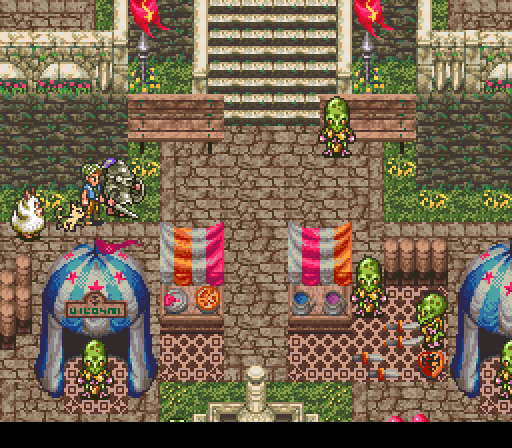 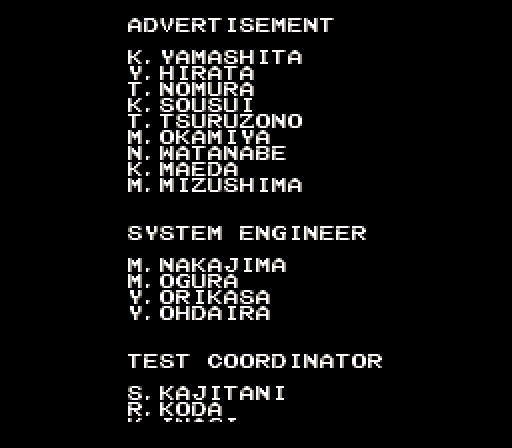 And the rest of this ending is credits. Short, but simple.

This ending kinda implies that if Lavos wasn't around, Azala and the Reptites would've won the war against Ayla and the humans. It makes sense, since the Reptites are very resistant to physical attacks, and it took the magical prowess of Crono and company to defeat Azala. Of course, even if Crono weren't there, the fall of Lavos would've wiped out the Reptites anyway and left the humans to win by default.

Also, I guess this ending implies that killing Lavos in 1999AD also wipes him from the rest of time, since otherwise there's no reason for the Reptites to have conquered the humans, but eh, that'll go into weird time stuff that we're not really interested in doing since Chrono Trigger has a very casual and laid-back take on time travel as is. Don't worry about it.

Also also, this ending of all things ends up being relevant in Chrono Cross, but uh, we're not going to worry about that either. We're only focused on this game, so as far as we're concerned this is just yet another goofy easter egg ending.