Music: Orewell, Beneath the Crags 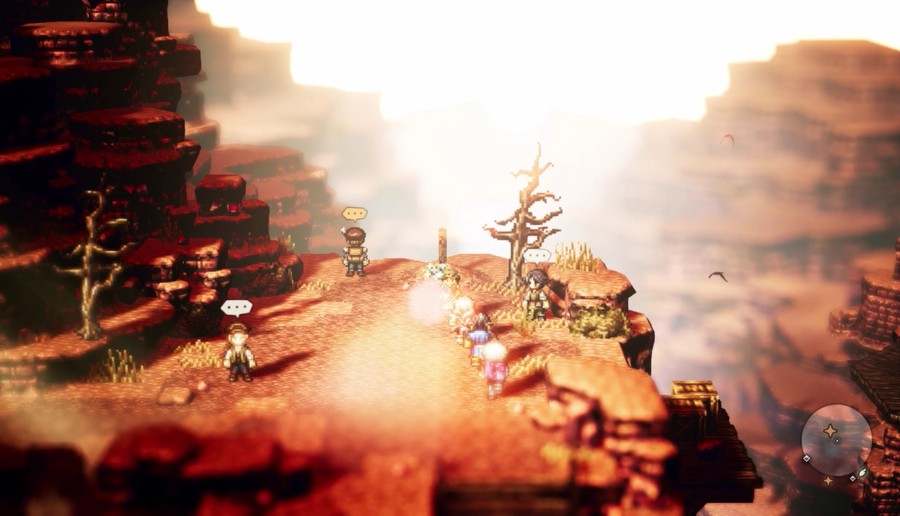 Today's side story features a guy down on his luck a bit. 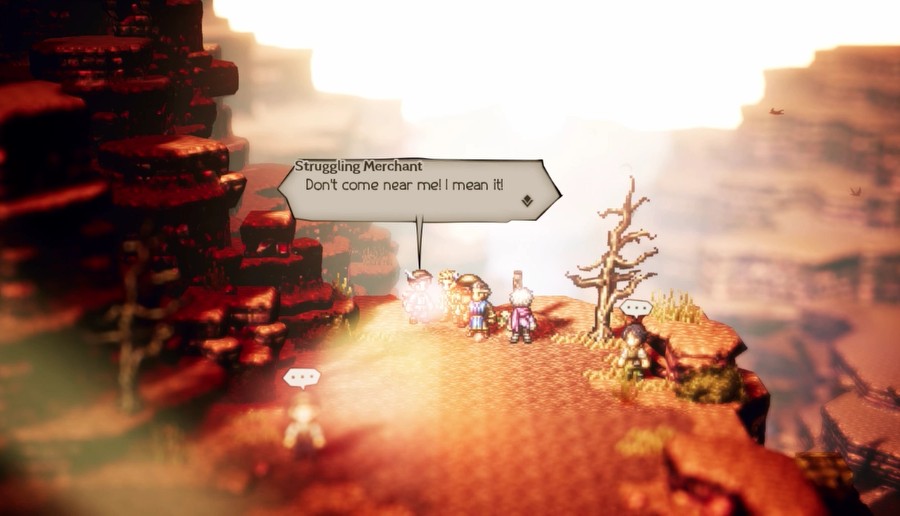 I was cheated in a trade and left without a copper to my name. So now I'm fain to throw myself off this cliff! 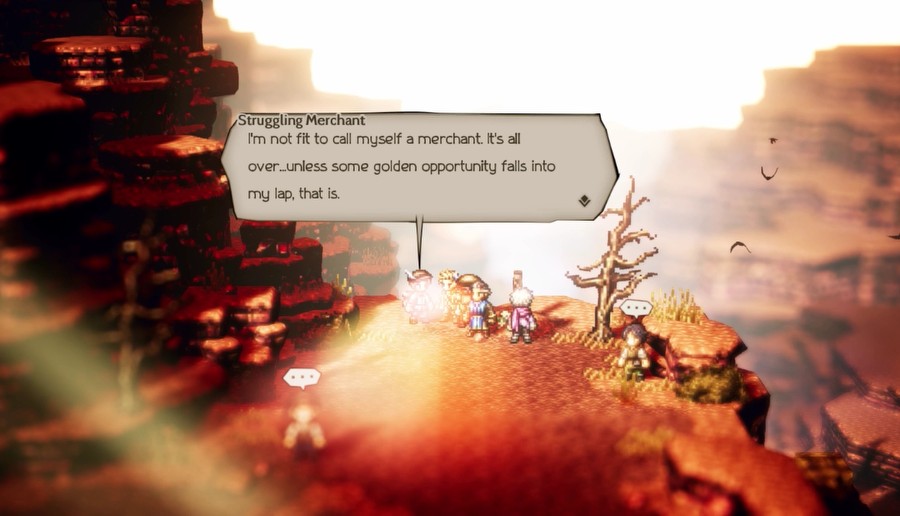 I-I said don't come near me! 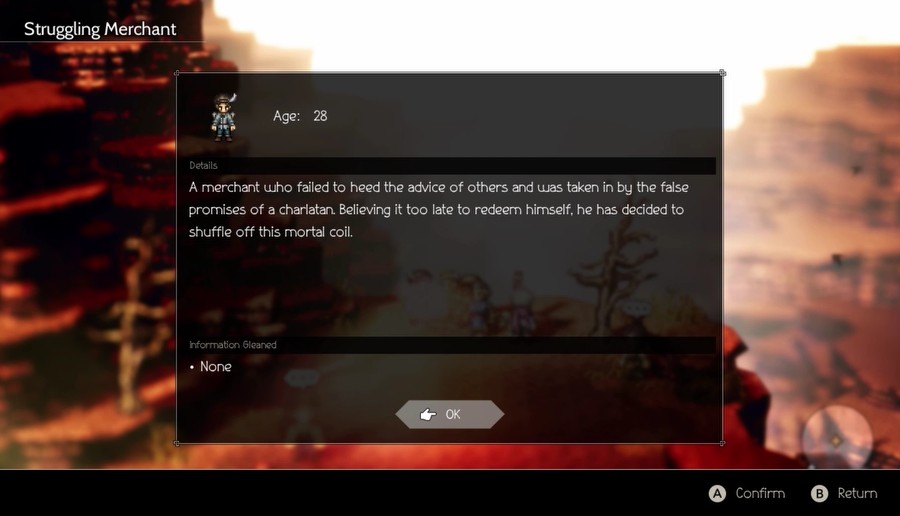 This guy got burned badly on a deal and feel he has lost his will to live.

There's two ways we can solve this. 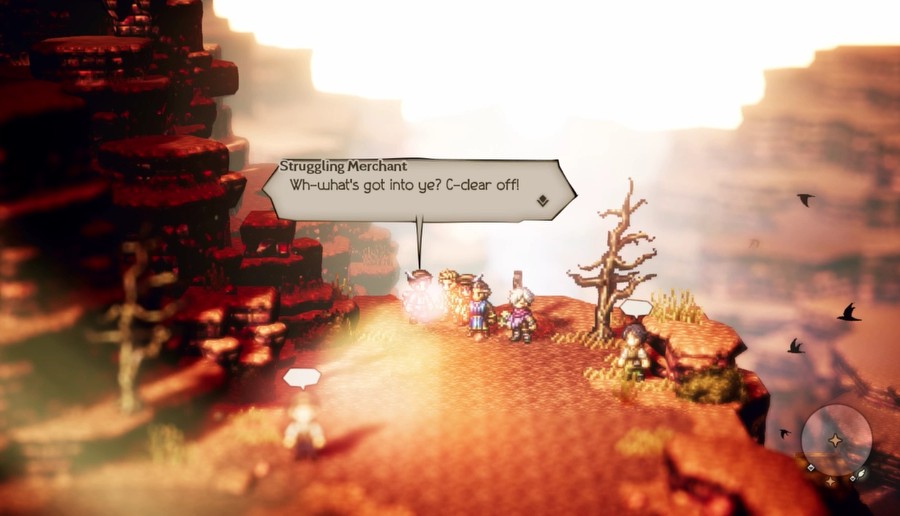 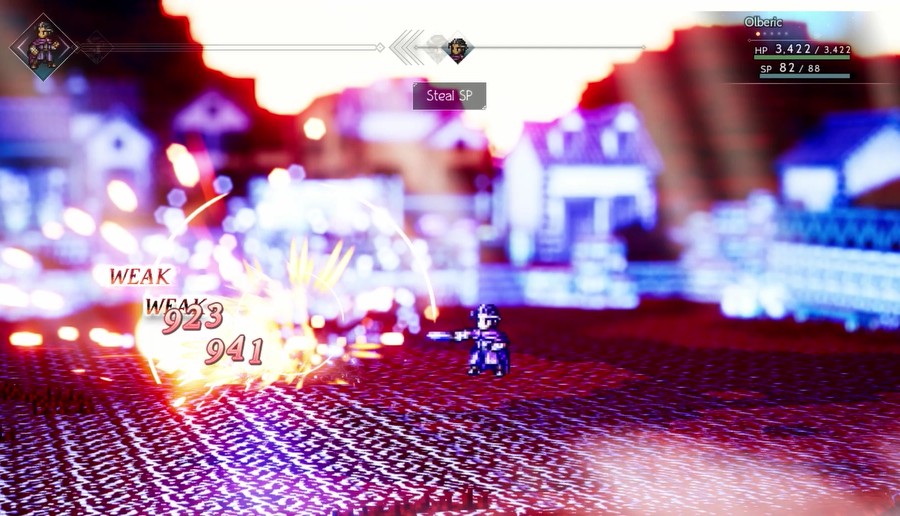 First, we can beat the fear out of him. He's a weakling, as just one attack from Olberic is enough to knock him back. 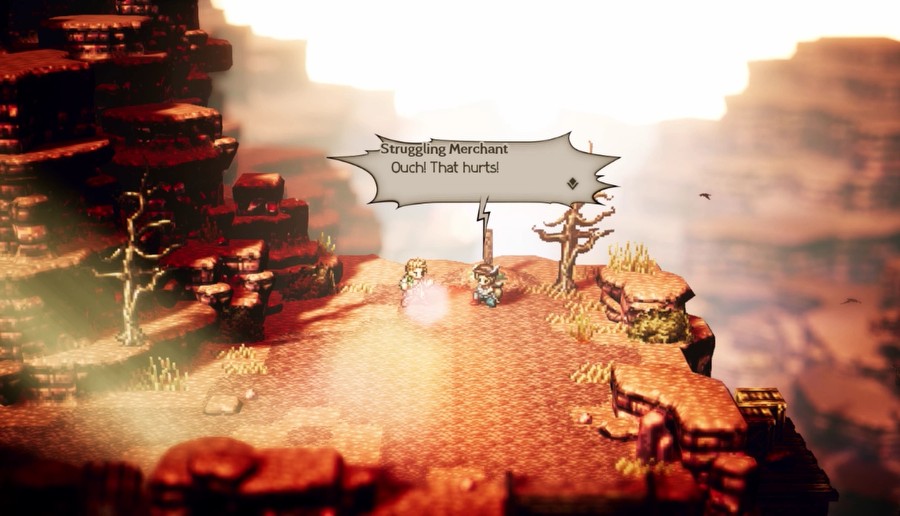 What was that for!? I thought I was about to be killed... 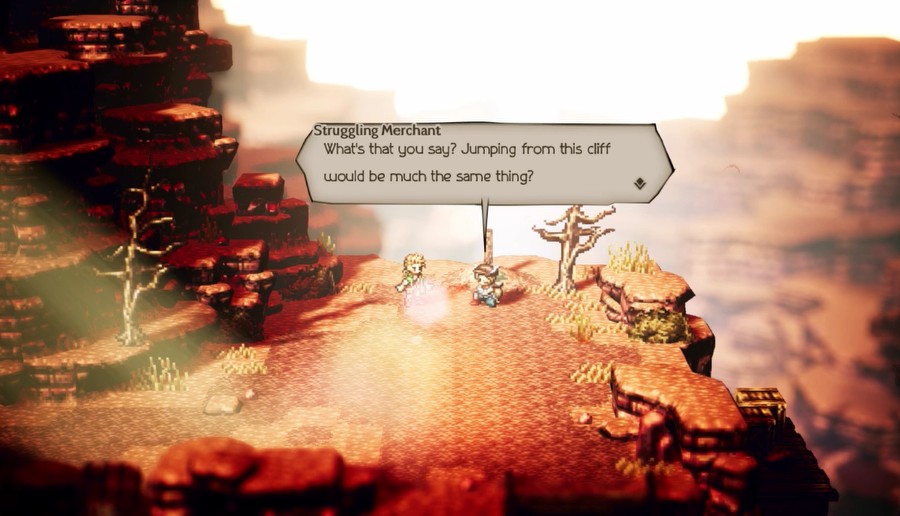 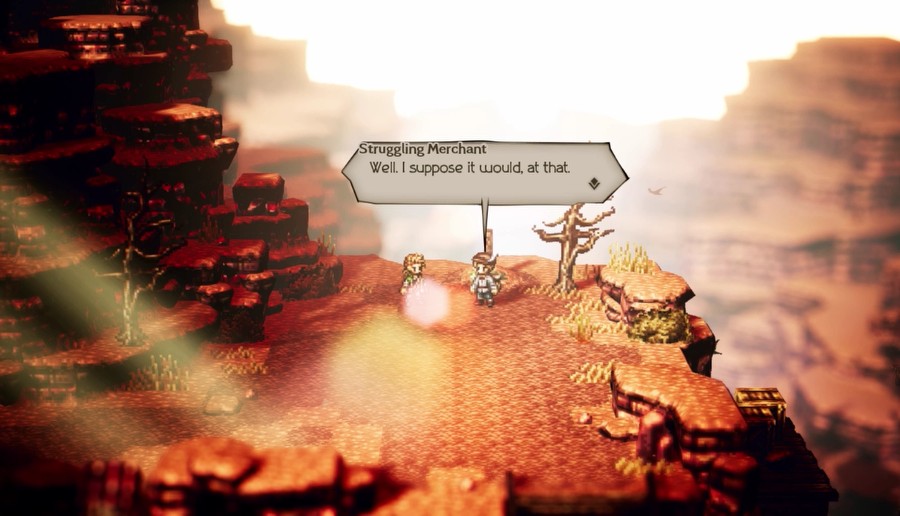 Well, you've done it. You've put the fear of death into me. 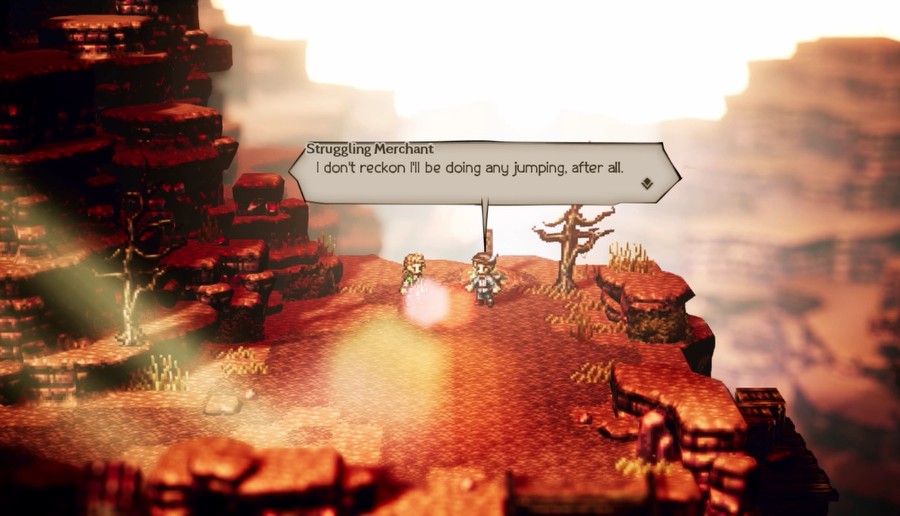 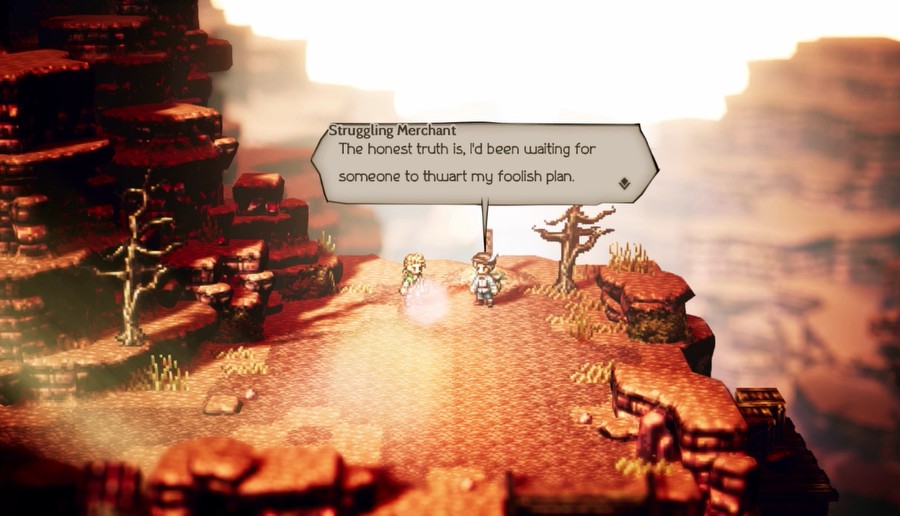 Thank you, friend. You've granted me a second chance at life, and I'll not waste it. I'll find honest work, and do it unstintingly. 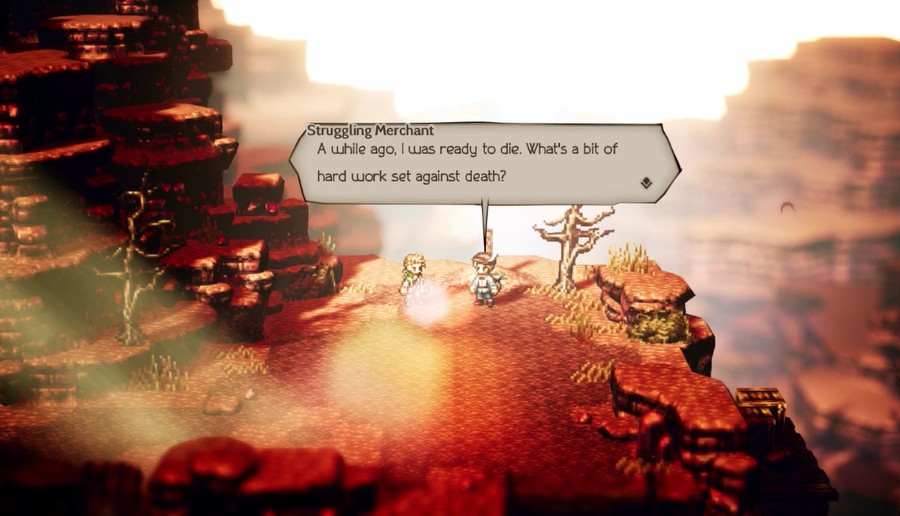 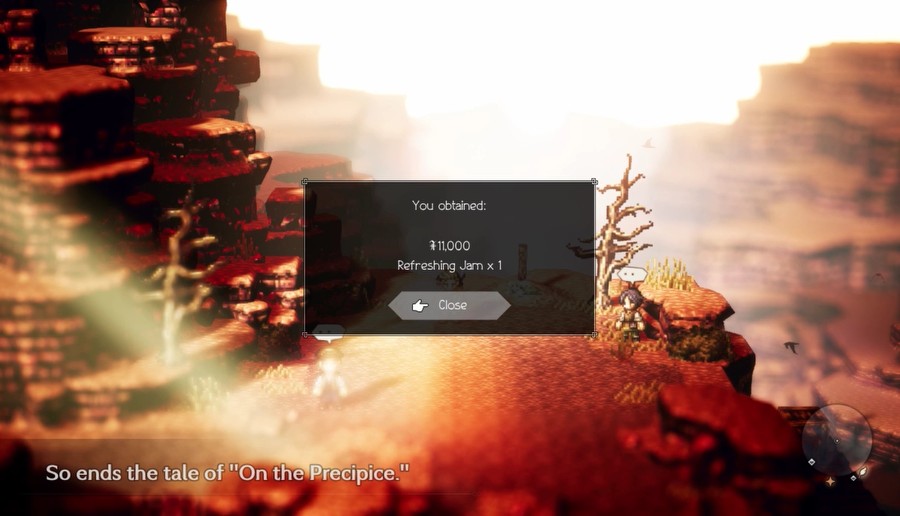 For someone who was cheated so bad he almost "killed" himself, he certainly gave us quite the reward. 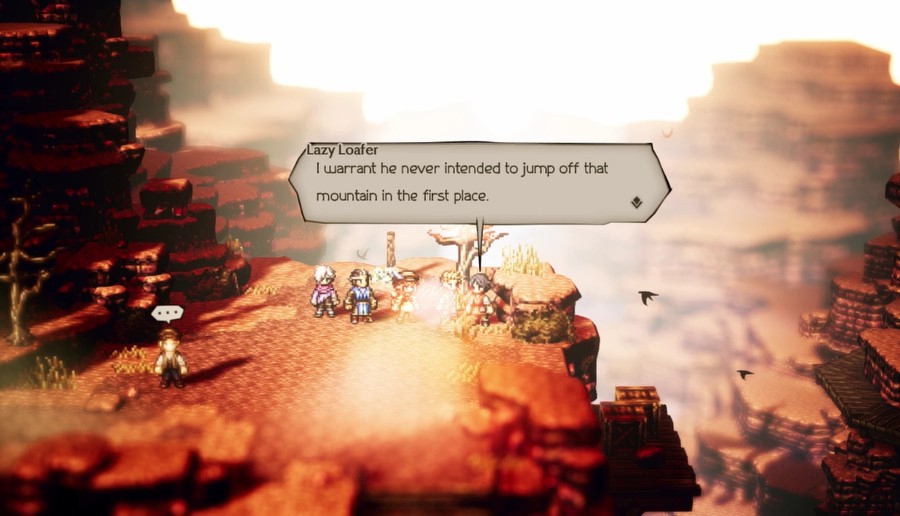 They're frightful things, when you think about it. Those towerin' piles of rock, I mean. 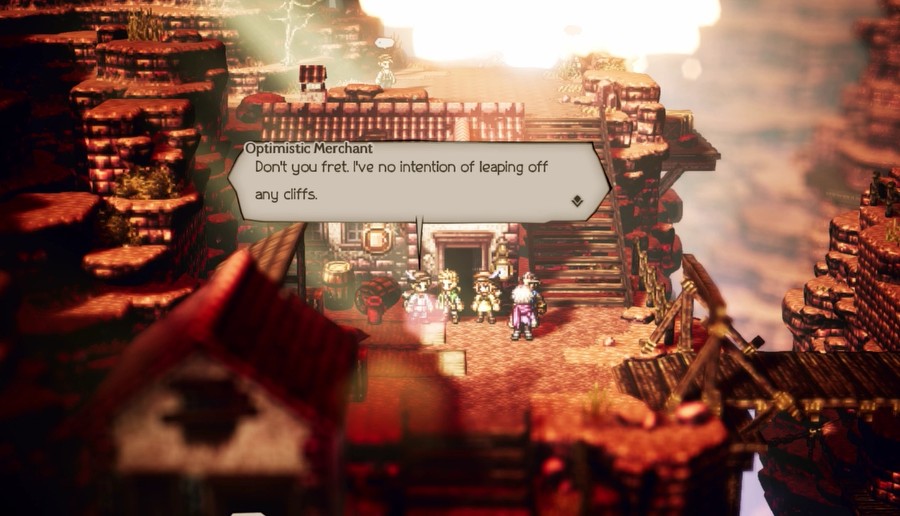 No more drama for me. I'm going to live plain and simple from now on. 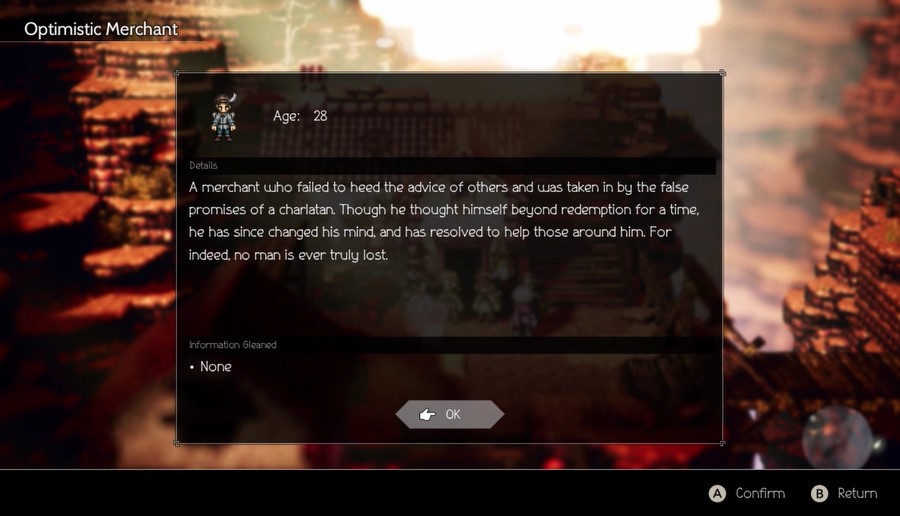 At any rate, the merchant has a new lease on life, and seems dedicated to helping others. 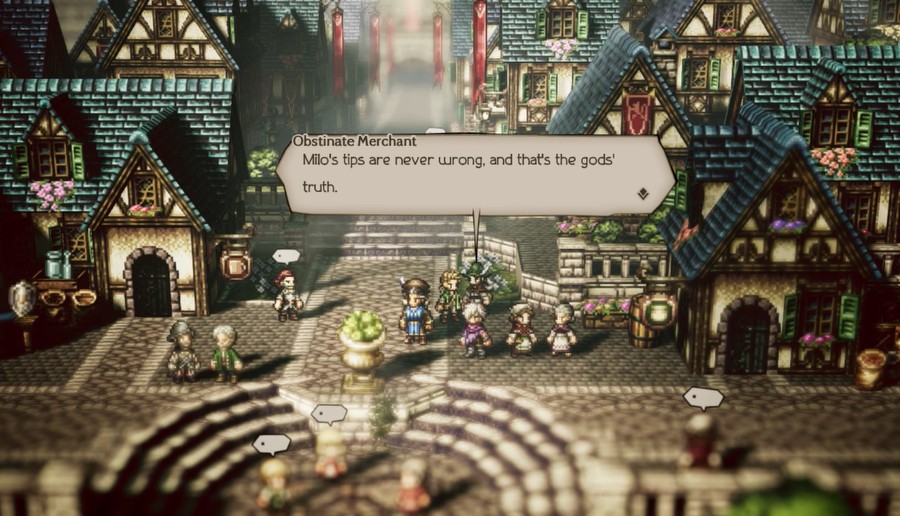 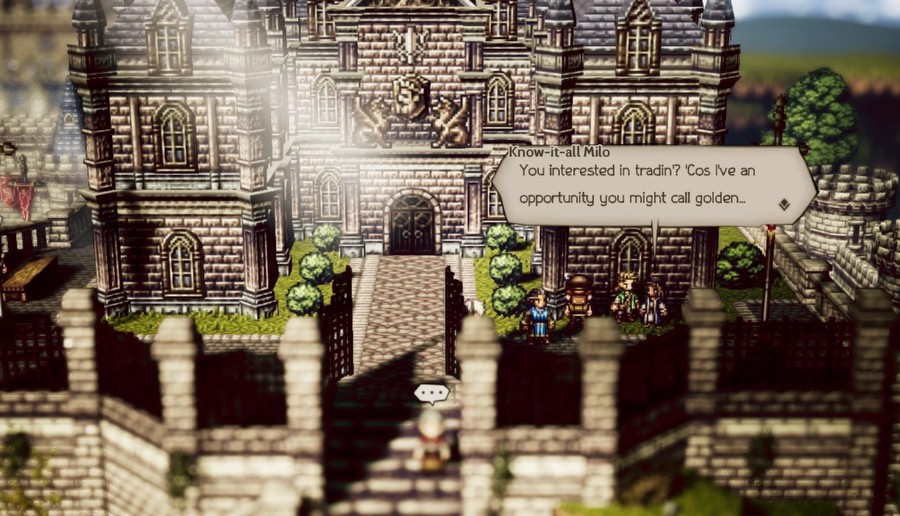 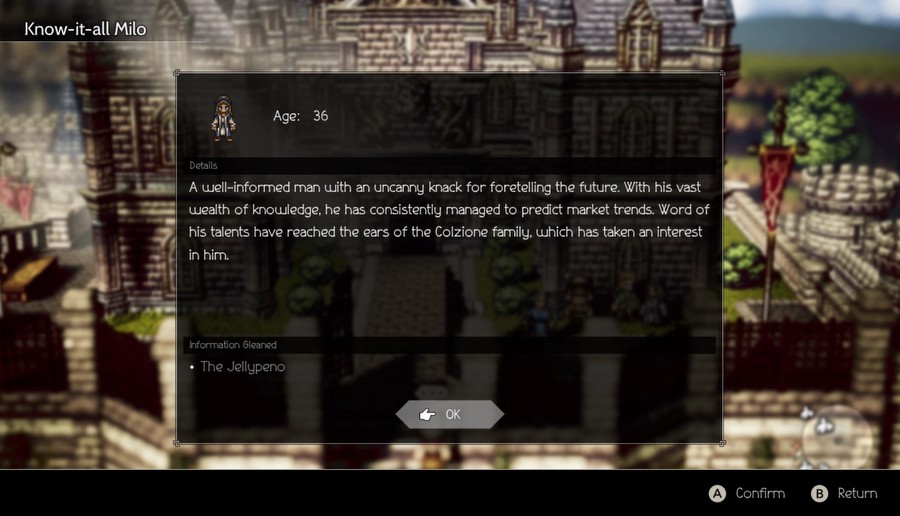 The second way to fix things involves getting a hot tip from this guy, who seems to have won the eye of Tressa's family. 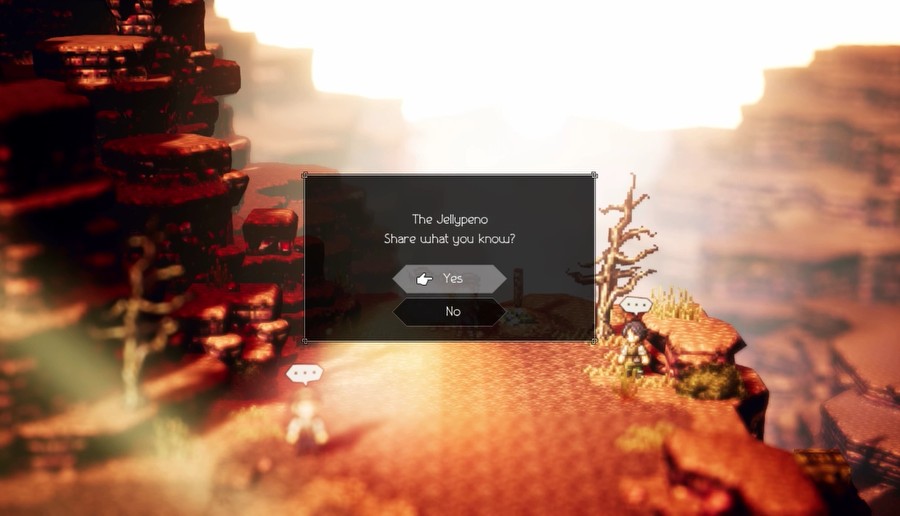 Needless to say, this information may be useful to a merchant with nothing to lose. 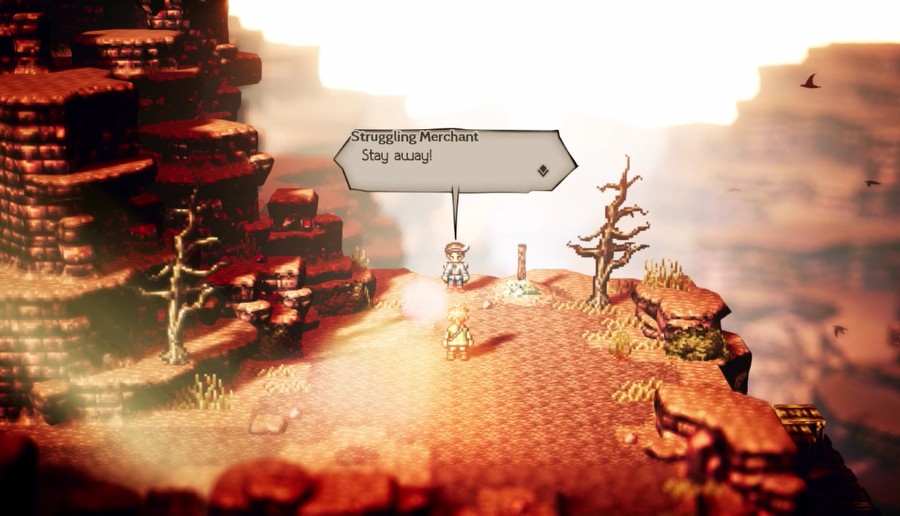 Just leave me be. I've got nothing left to live for. 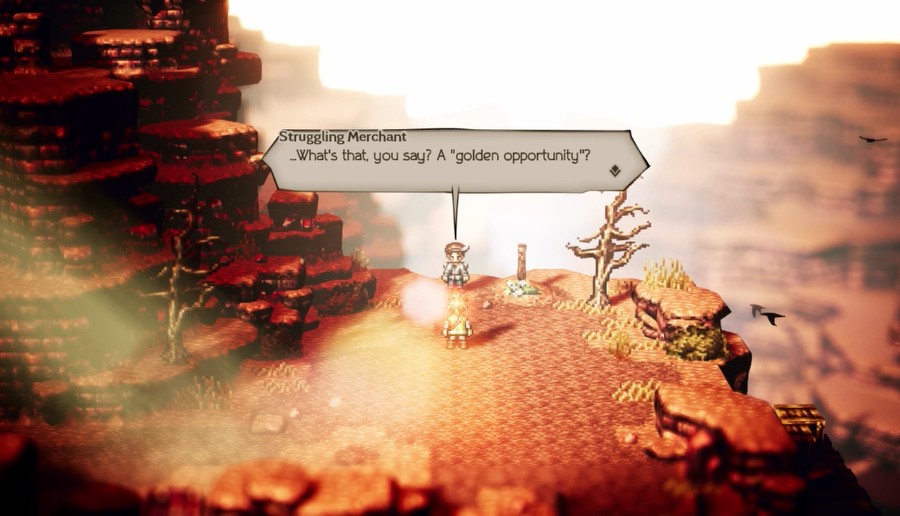 I would hear it. 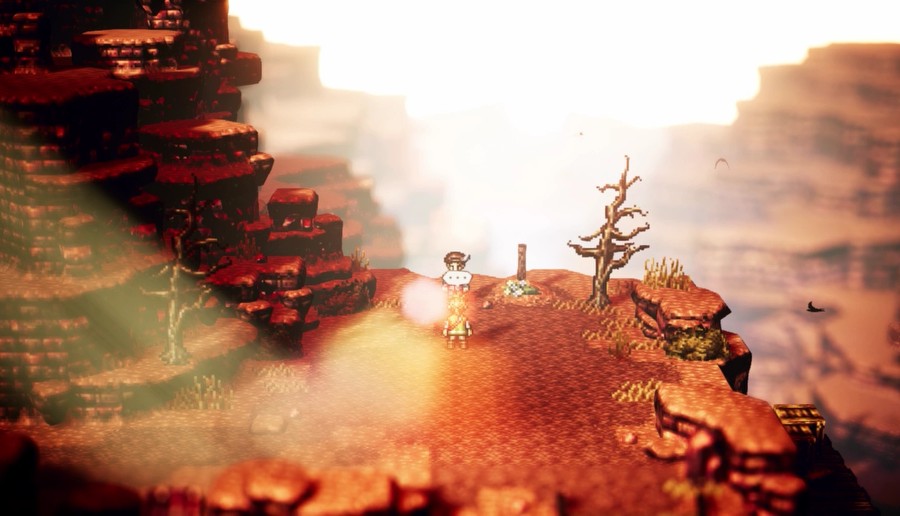 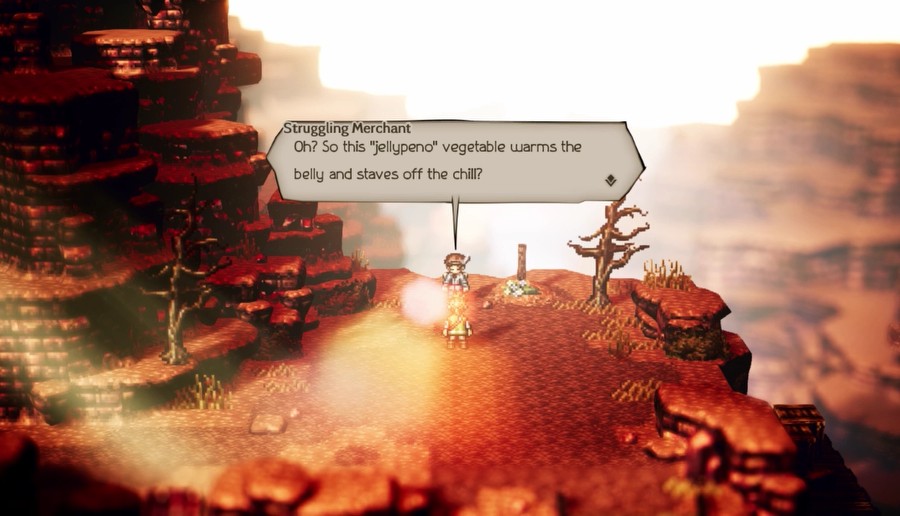 The people of the frozen north have gone quite mad for it, you say? 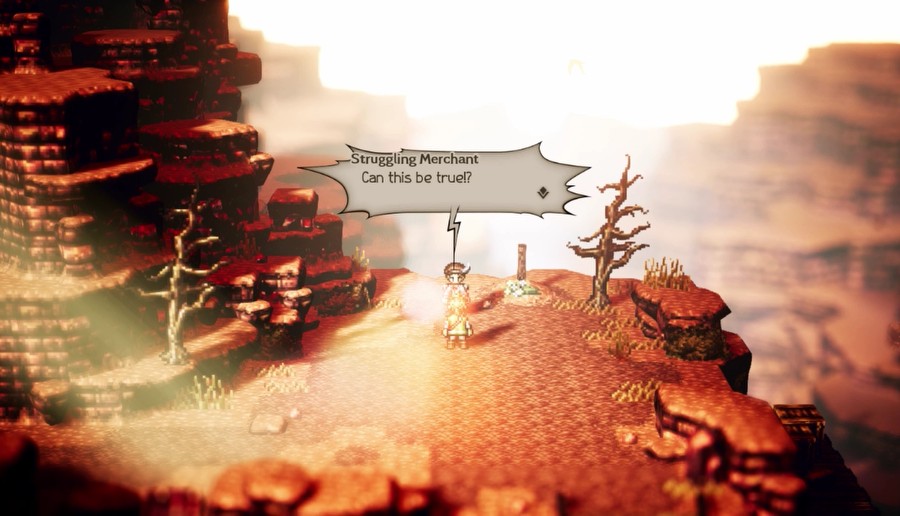 For if it is, now is not the time to be leaping off mountains! 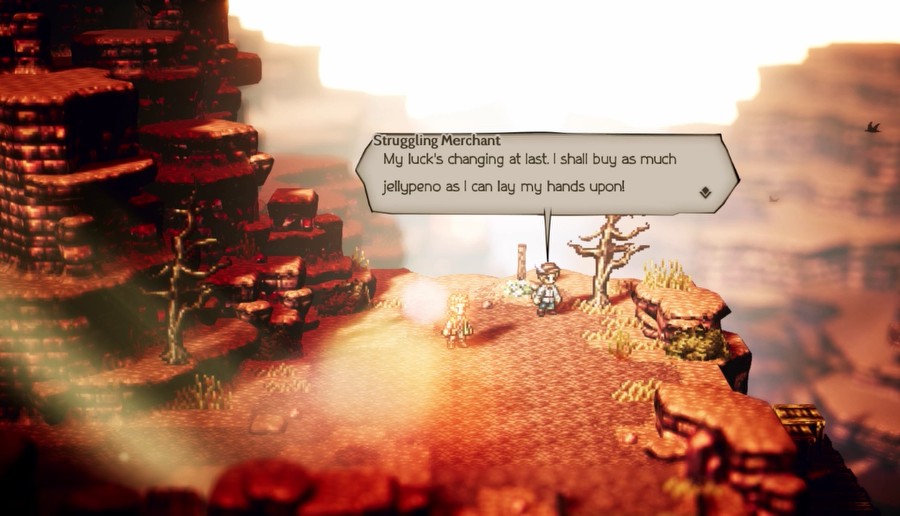 My traveling friend--I'm going to bet everything I have left on this scheme. 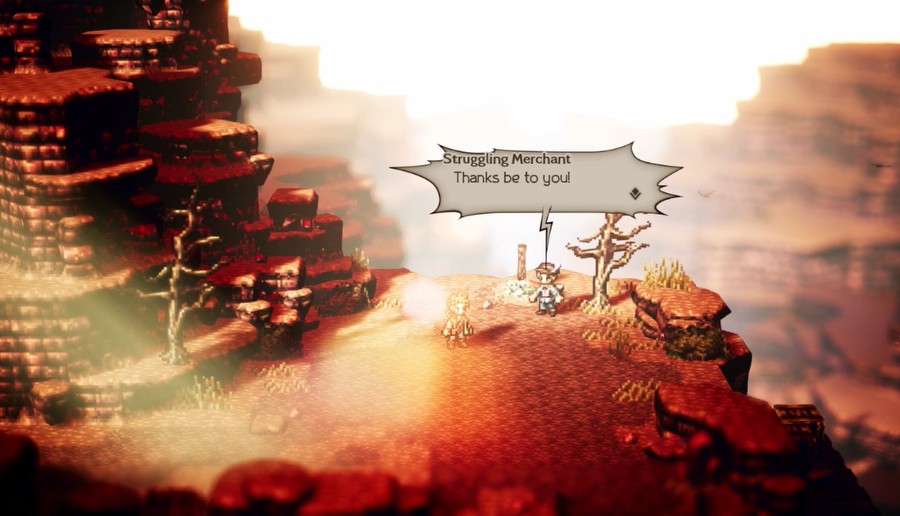 In this end, the merchant remembers he's a merchant and decides to go all-in on this one last trick. 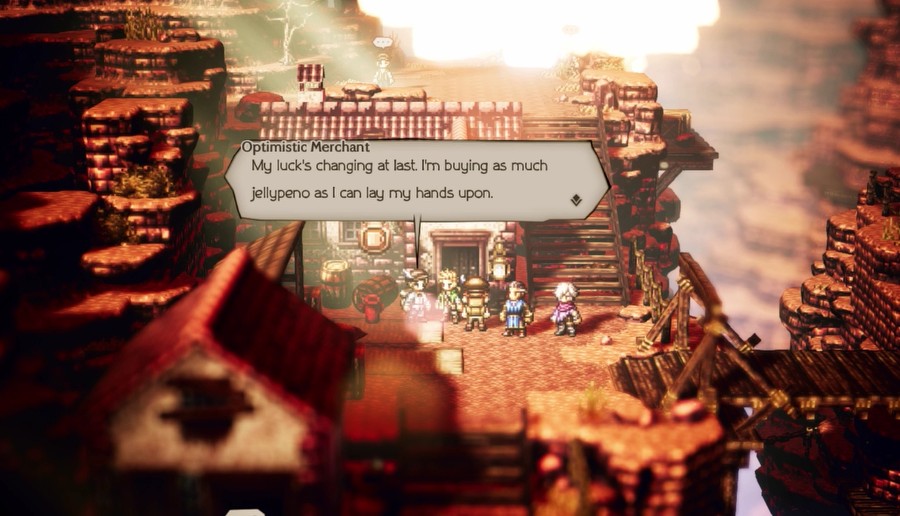 What a fool I was! To think I could run from my problems so easily... 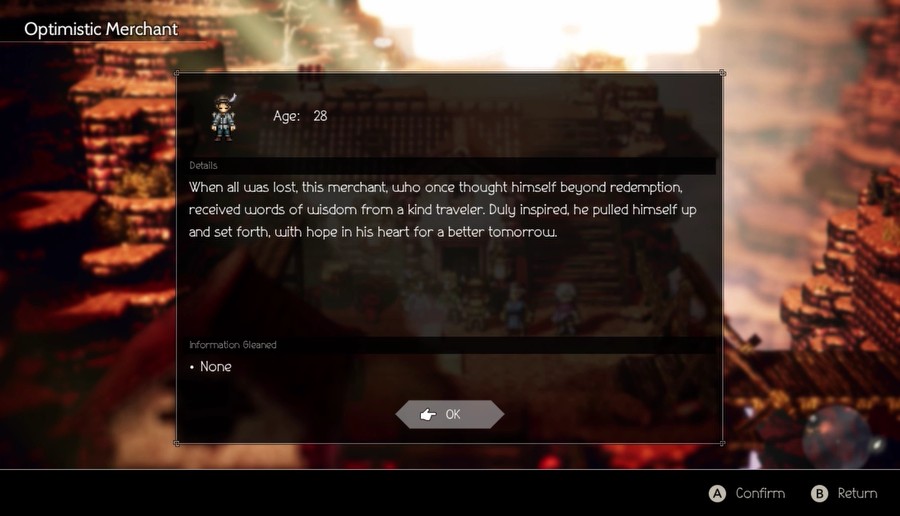 There's no telling whether he'll fail or succeed, even if Milo's tips are generally solid. Still, he has hope and drive again, and that's something money can't buy.

...Well, maybe a lot of money could buy that. Anyway, we'll tackle one more side story next time and finally see who we'll tackle next in what seems to be a tight race...!