Music: A Settlement in the Red Bluffs 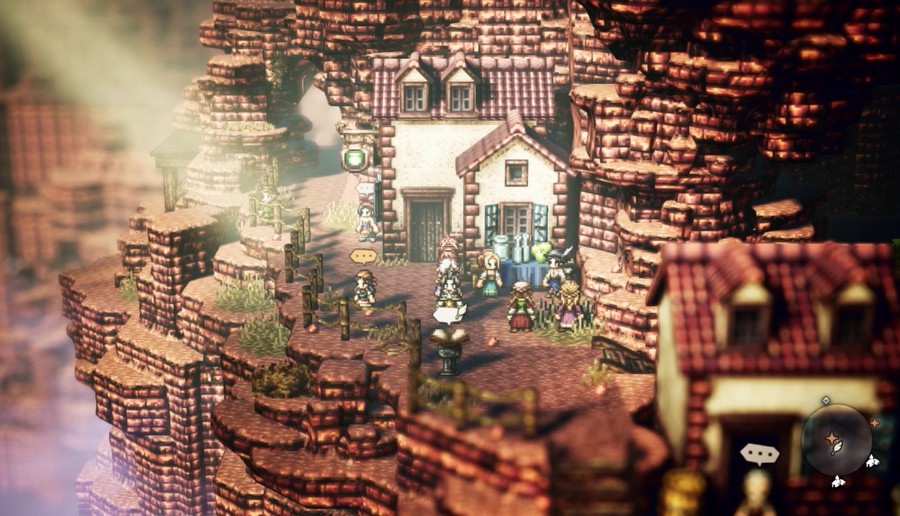 Today's Side Story is right at the entrance of Bolderfall. 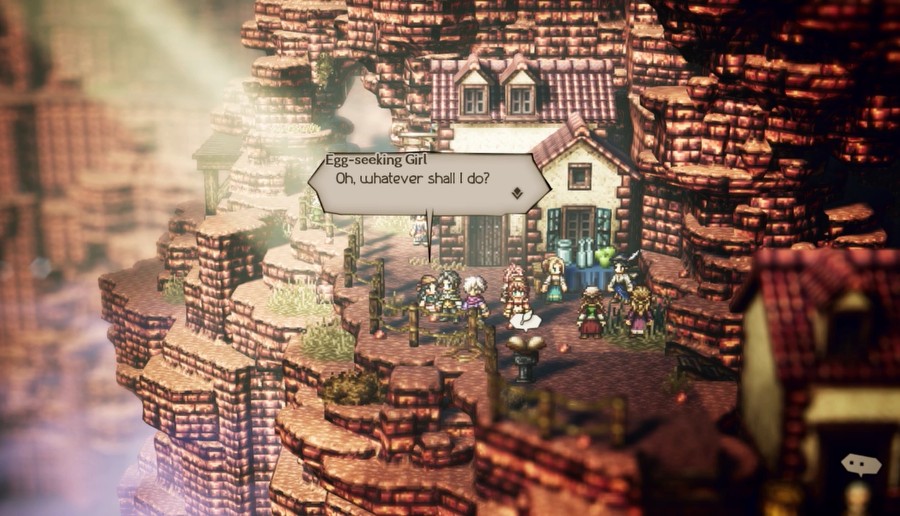 I dropped my precious egg when I was crossing the bridge. You haven't seen it, have you? What if it were dashed against a rock? 'Pon my honor, if it was broken... 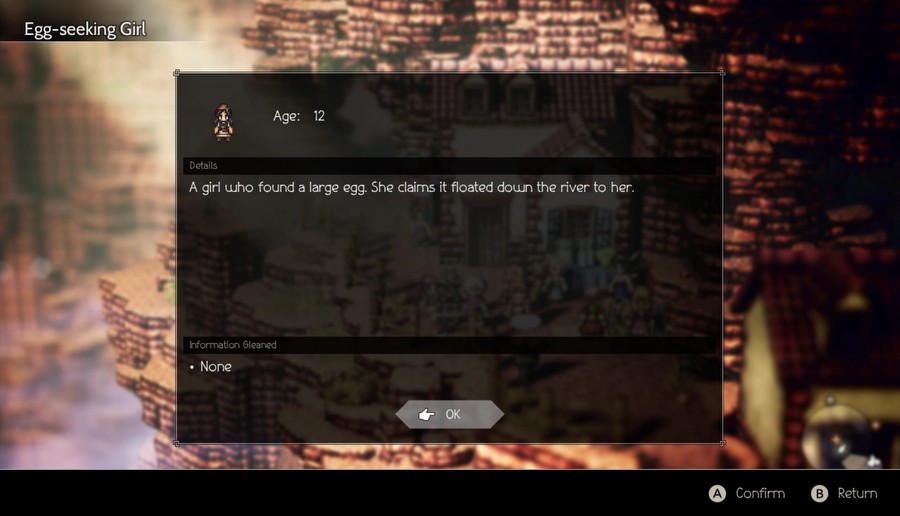 So this one's simple enough. We have to find this girl's egg.

This is probably one of the worst quests in terms of figuring out what to do next, but the clue is there. One of the bridges does hover over a river, and the river flows down from the Cliftlands into... 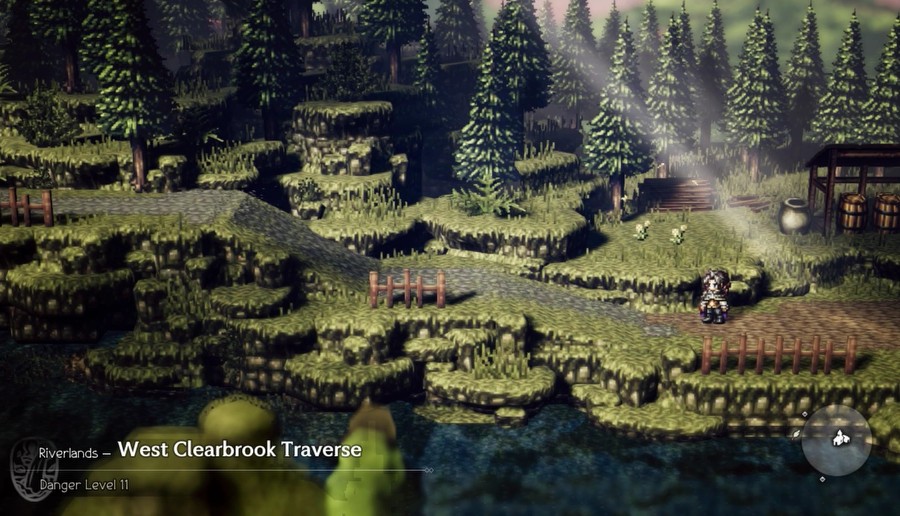 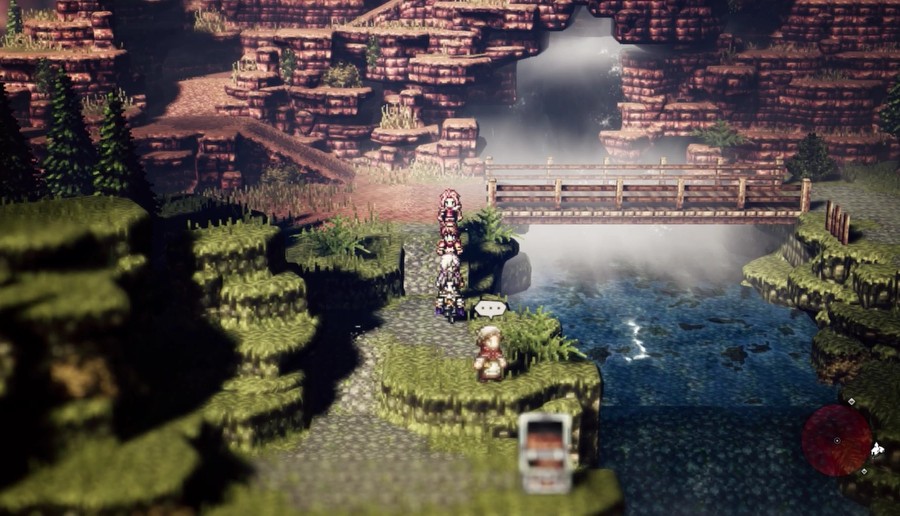 There is now a new NPC we can chat up. 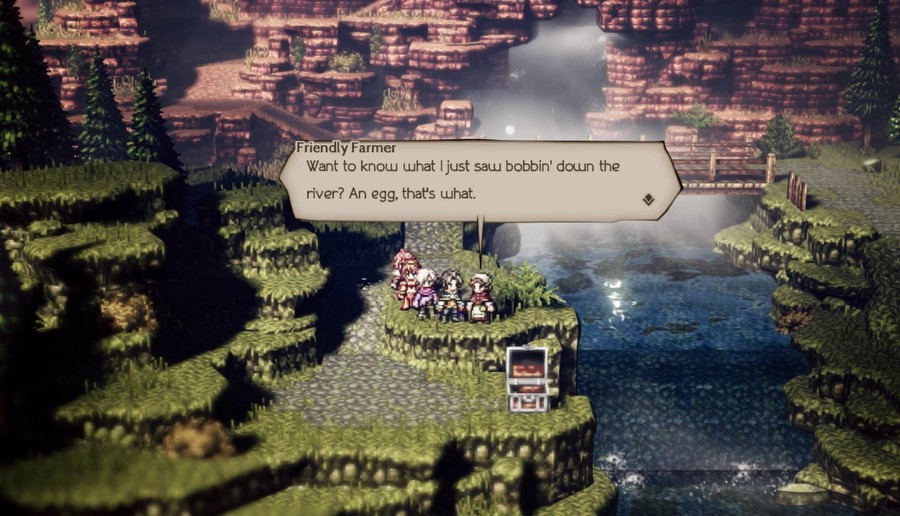 But it weren't no regular egg, I can tell ye that. Bloody enormous, it was. Bigger'n me head. 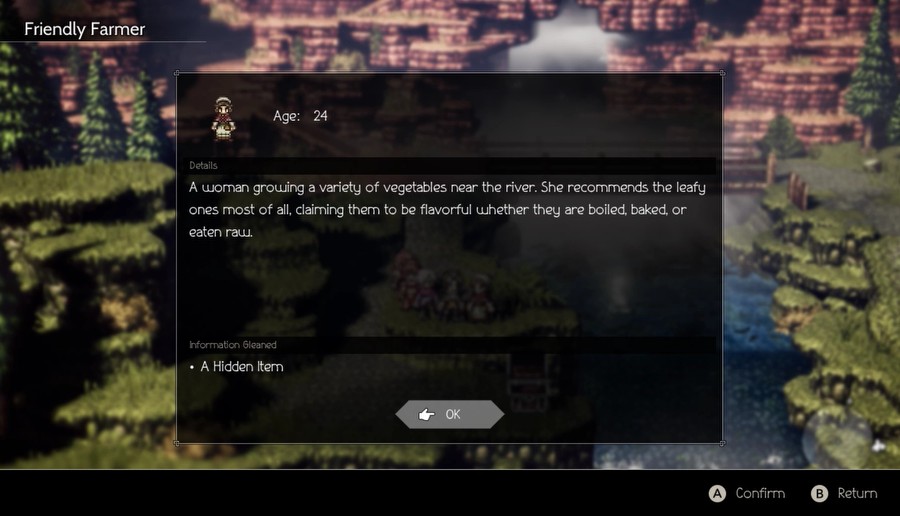 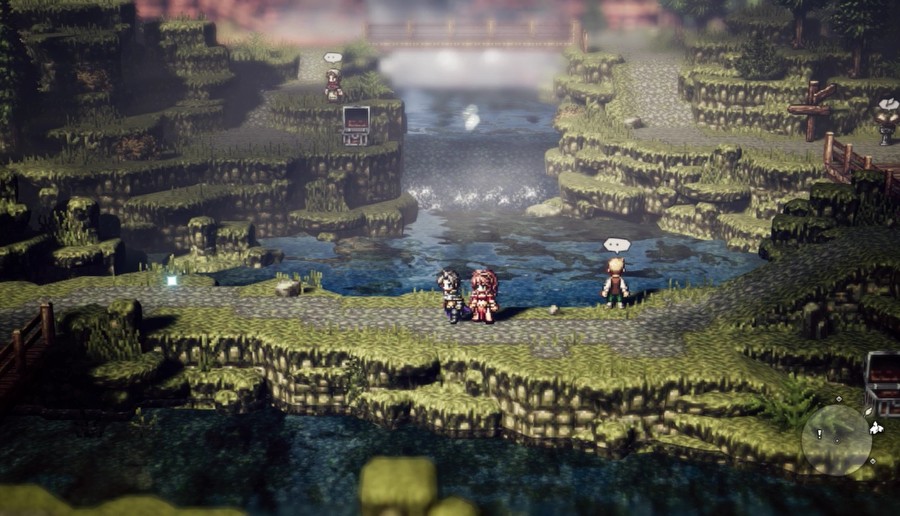 This unlocks an item that leads to, what else? 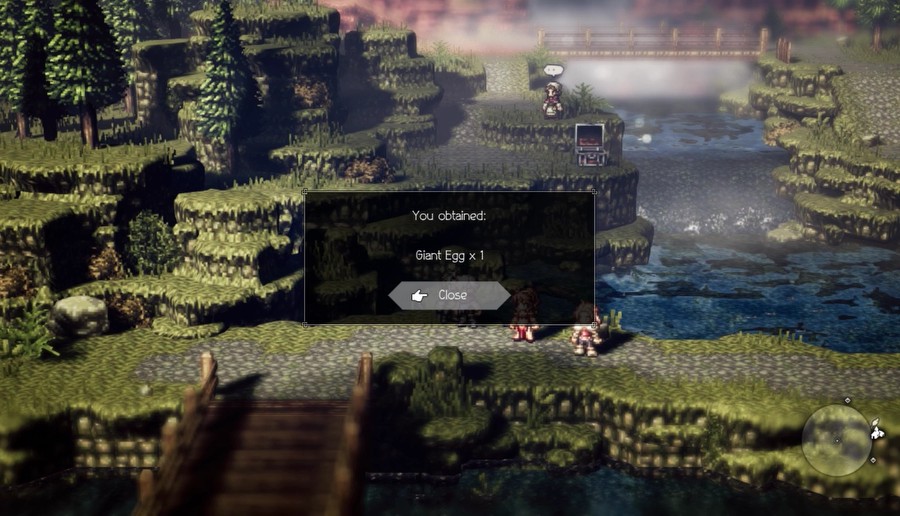 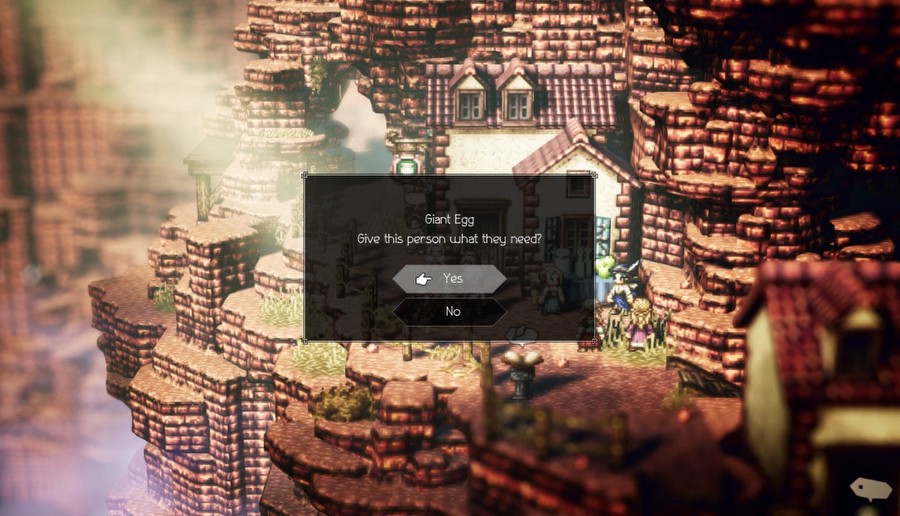 Now let's hand this baby over. 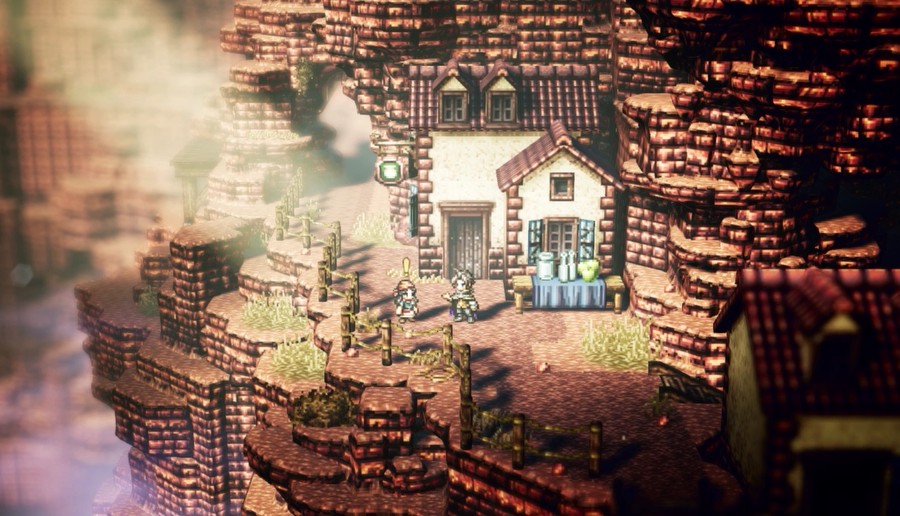 My egg! O thank the gods, there's not a crack on it! 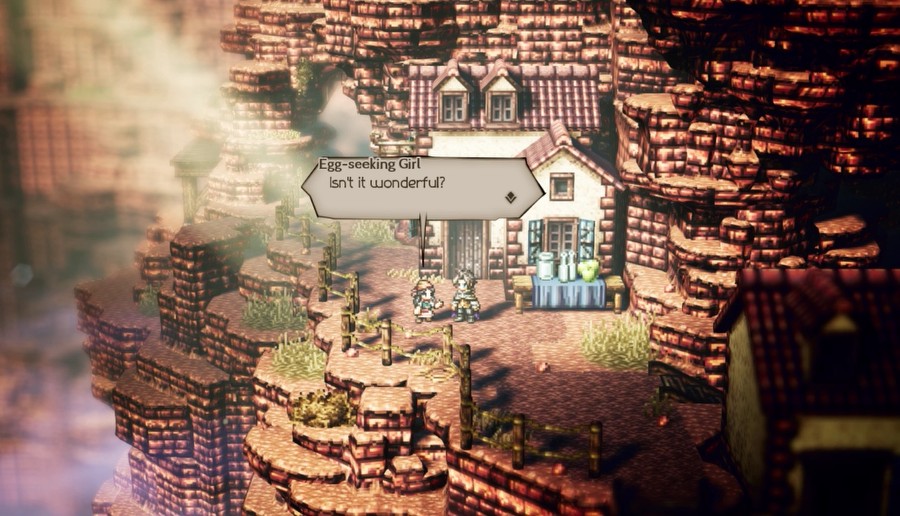 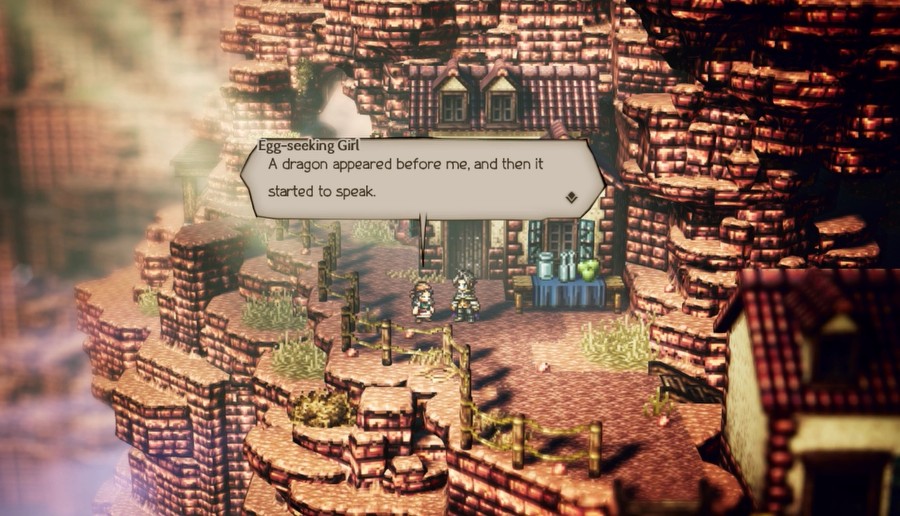 It's funny, even though the dragon was enormous, I wasn't scared at all. It spoke like a highborn lady, ever so posh, and I could tell it was wise, too. 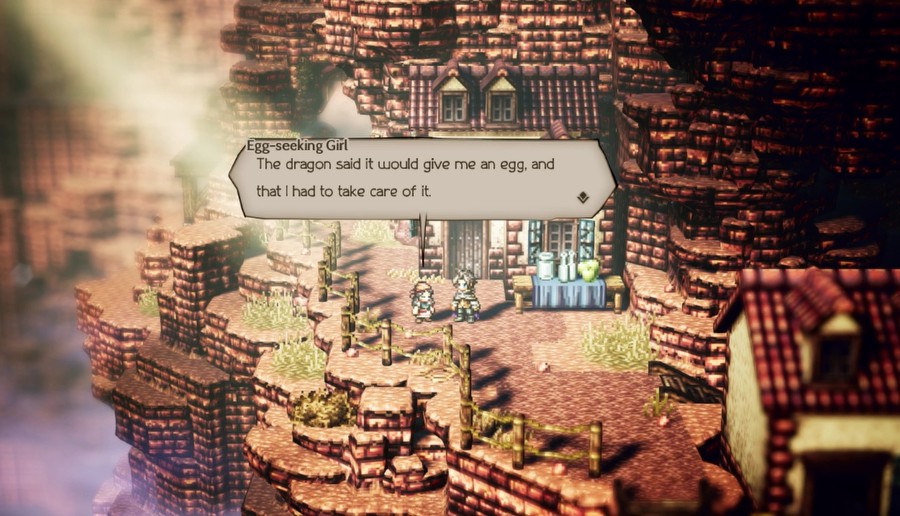 Well, it was just a dream of course. But it seemed so real. 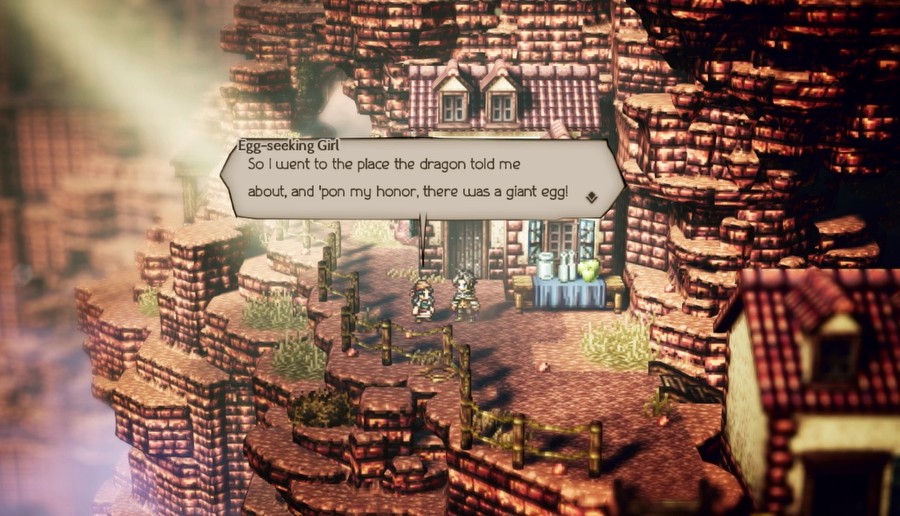 Well, after being sent there, of course I had to take good care of it. 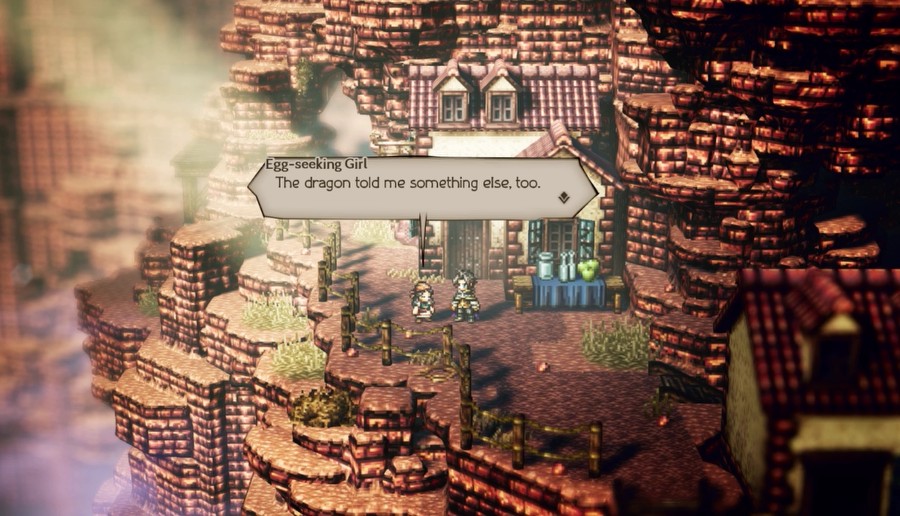 I heard that in the old days, all dragons were wise, and they'd often talk to folk like us. But now, there are hardly any wise dragons left in the world. So I have to raise the baby dragon when it hatches, and teach it to talk like people. 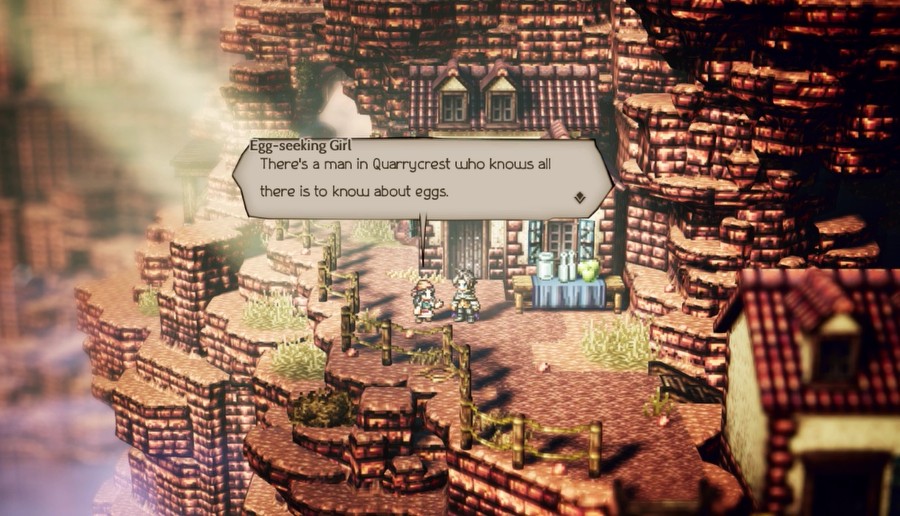 They say he's hatched everything from spiders to griffins. That's where I'm headed. If anyone can help me hatch this egg, it'll be him. 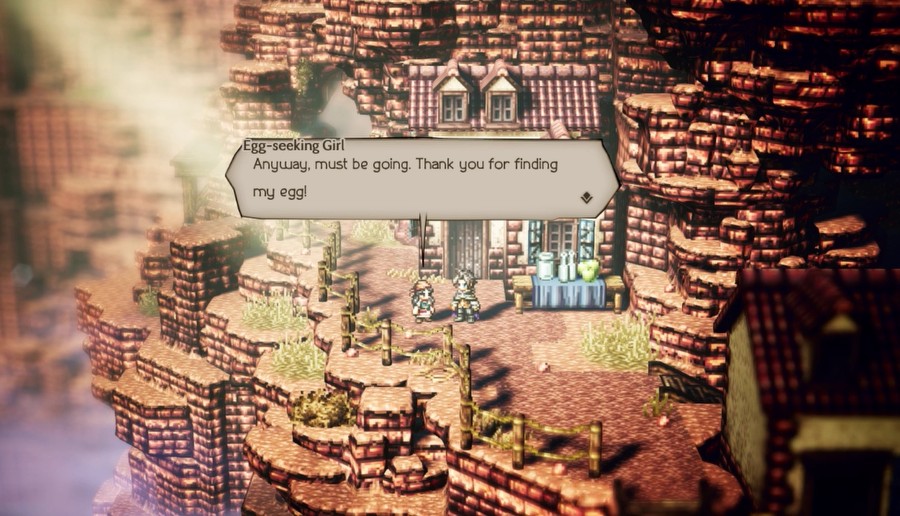 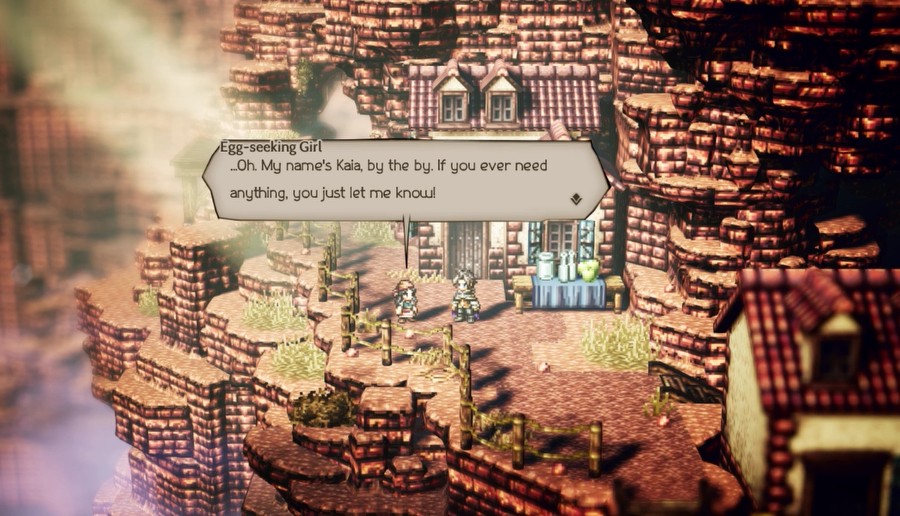 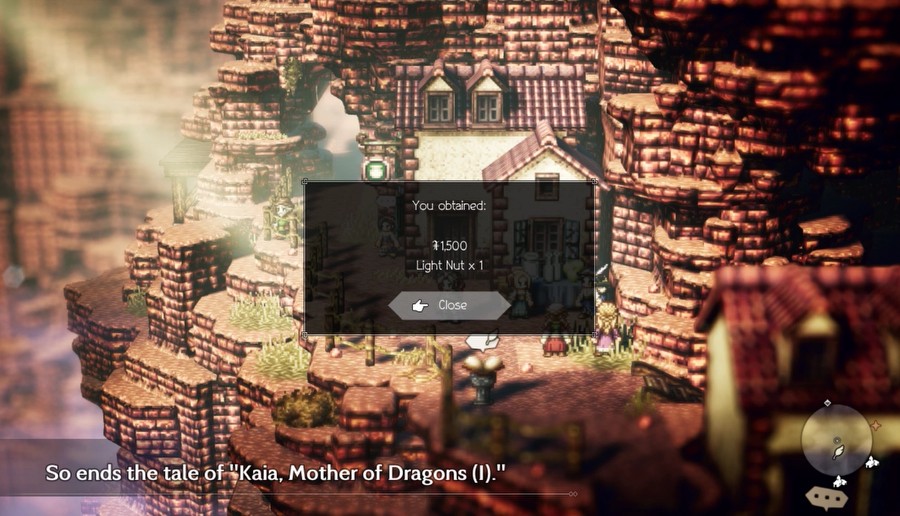 Basically a bit of lore about dragons, and a pretty neat story hook that we'll follow along with in the future. But just a lot of words for today.