This is the default ending, but with the twist of using the flight-capable Epoch to defeat Lavos rather than the bucket at the End of Time or going through The Black Omen. I've gone back and forth as to whether to include the unchanged stuff, but everyone should've already read it by now, so I'll go into what changes.

First off, what happens if you don't do the Rainbow Shell quest? Let's get this over with... First thing is Marle goes "Father!" instead of "Daddy!", since their relationship hasn't been fully mended in this version. 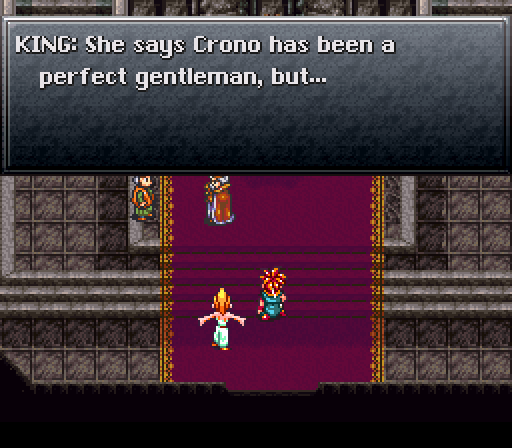 Otherwise, since we didn't rescue the real Chancellor, our lawyer Pierre stands in for him.

And at this point, everything continues as normal with Lucca saving the day, and so on. This also means the Moonlight Parade, and our goodbyes to our former comrades, are also unchanged. The ending mainly changes once we meet with King Guardia again. 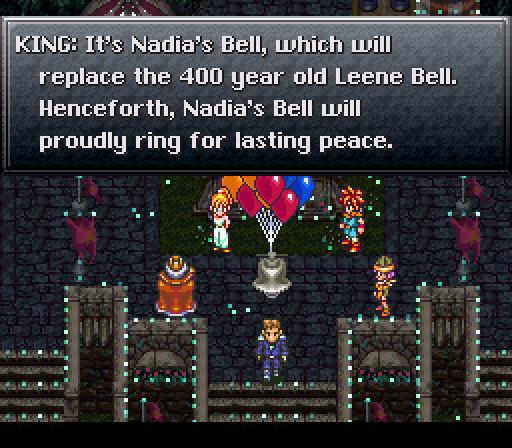 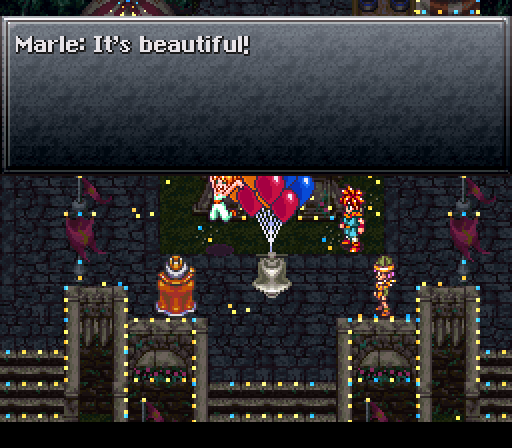 Now, you can do the honors.

Crono helps Marle bring in the new bell. Hey, Marle helped saved the world, I think it's fair she gets a bell out of it.

And so Nadia's Bell rings for the first time, as Marle forgets to let go of the balloons. Oops.

To Far Away Times

Luckily, Crono's there to rescue Marle from a balloon-related travesty... ...only for the balloons to ferry them both away. And so we fade out to the fireworks once again. But this time, there's no Epoch. There's no shots of our old comrades. 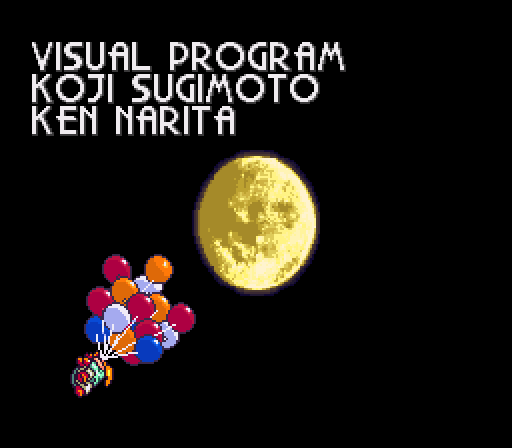 There's only Crono and Marle, enjoying their new life together after saving the world. I honestly prefer this version, as rather than looking at the past by checking in with our old friends and resorting to time travel ways, this game's looking to the future, focusing on the bright horizon awaiting our protagonists ([spoiler]at least until Chrono Cross happens[/spoiler]). 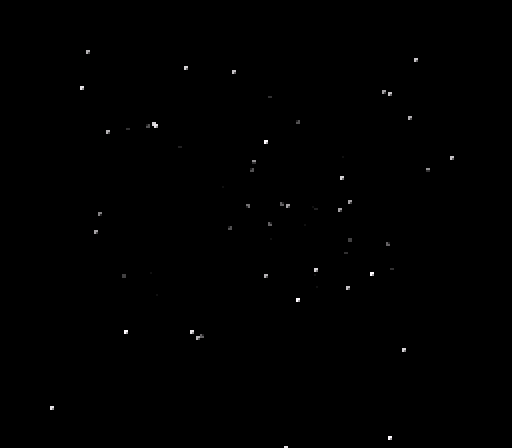 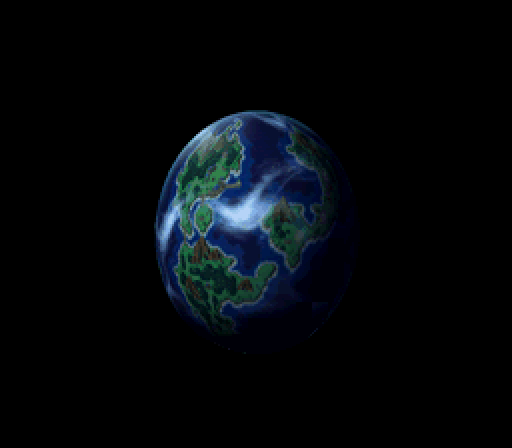 Either way, the game ends the same way, with the world saved, and our heroes living happily ever after.